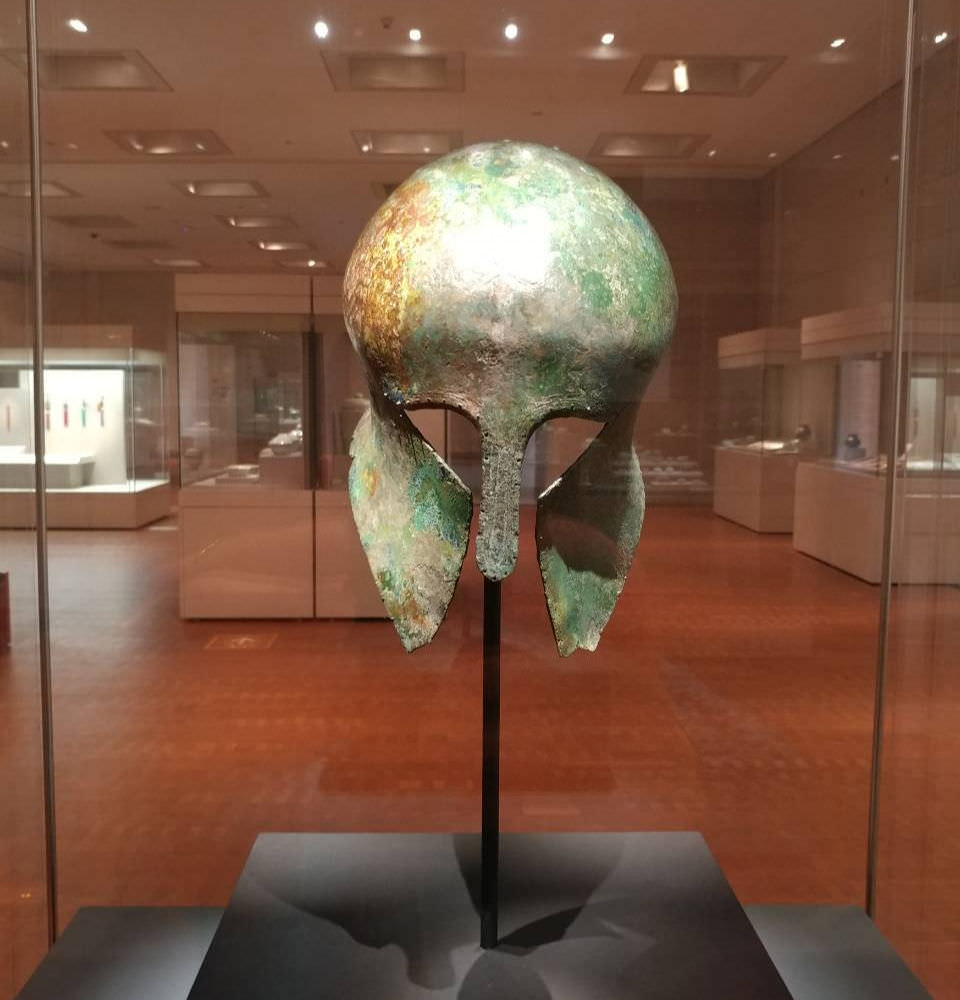 A Greek warrior's bronze helmet on exhibition at the National Museum of Korea, Seoul

A Greek bronze helmet took me by surprise when I was surveying around the donations gallery at Korea National Museum today. Yes, I know it is confusing, so I checked out to satisfy and answer my question.

It is indeed a Greek warrior's helmet. It was uncovered by archaeologists in Greece early in the 20th century.

The reason why it came to Korea is that it was part of the trophies that were given to a Korean marathon winner during the Berlin Olympic in 1937.

That marathon winner's name is Sohn Kee-chung. He donated it to the Museum for all to see. It's a long story before it arrived and exhibited at the National Museum of Korea. Below is the story related to this article.

This ancient bronze helmet was given to Sohn Kee-chung by a Greek newspaper company for having won the Olympic Marathon in Berlin. It is now designated as a treasure and is considered the third foreign treasure given to South Korea. Sohn donated it in 1994 and is being exhibited on the second floor of the National Museum of Korea in Seoul.

Son Ki-jung (or Sohn Kee-chung) waited for many years before he finally received that reward. According to the International Olympic Committee, amateur winners are not rewarded with other awards except for the medal. As a colony that time under Japan, there seemed to be no pressure in taking it and giving to Son.

Sources say that Son Ki-jung did not even know that he was rewarded with a Greek bronze helmet. The helmet was in an exhibition in Berlin at Charlottenburg Museum until it was finally handed over to Sohn Kee-chung in 1986. That year was the 50th Anniversary of the Berlin Olympic Games.

According to research, the bronze helmet was made in Corinthian style some time in the 8th century BCE. It is not a replica but an original head armor worn by one of the Greek warriors. It was discovered during an excavation near the temple of Zeus and was kept since 1875. 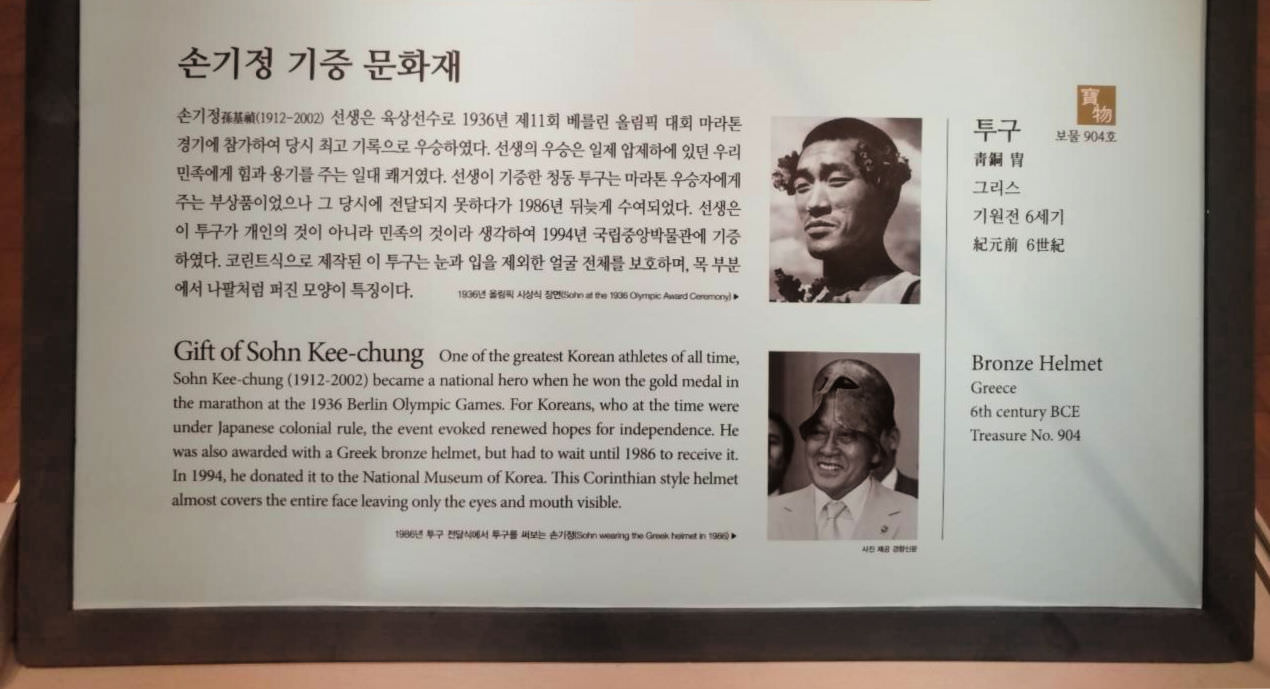 During the Paris Olympics in 1900, it was a practice to give an ancient Greek artifact to a marathon winner. This practice went on but discontinued during the outbreak of the Second World War.

Therefore, although there was a decision to give the helmet to Sohn Kee-chung, the abolishment of the practice was implemented right before the Berlin Olympics, which probably explains why he received it after many years later – fortunately so!

In case you are interested to see it, just visit the Museum and be open to spending your time exploring the treasures of the building.

How to find and see this Greek warrior's helmet...

You have to visit the National Museum of Korea in Seoul. Click that link, and you'll find the guide on getting there. The Museum is enormous. So, if you want to explore and see its exhibits, ensure that at least you have a day to check them out!

I hope you enjoy your visit and travels to Korea.