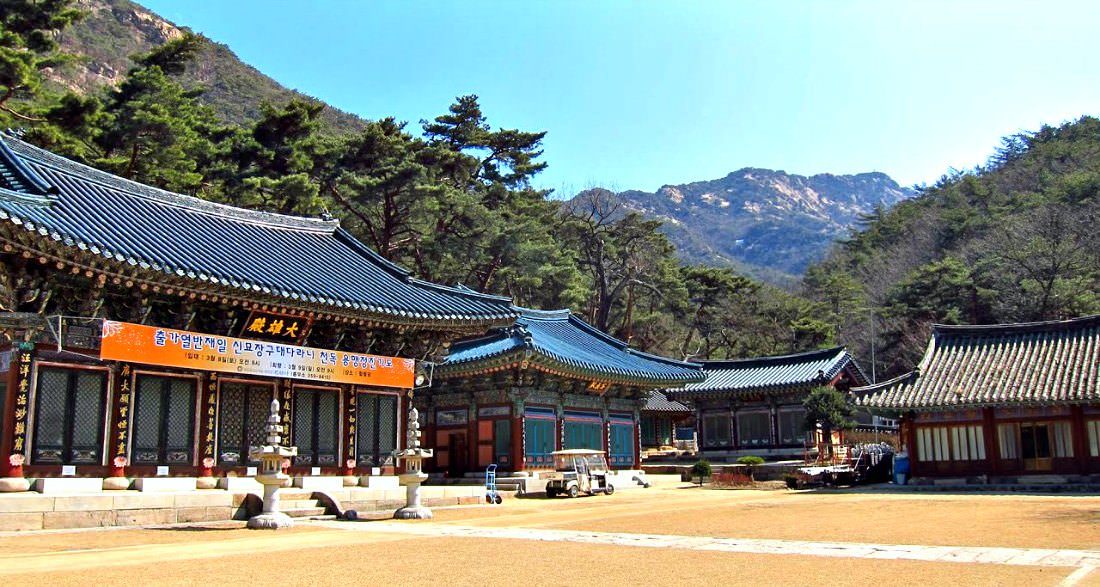 Jingwansa Temple is a very historic Buddhist temple located to the West of Seoul, South Korea. It is named after a government official who lived in 1010 BC.

Preceptor Jingwan was an instructor or teacher during the reign of King Hyeonjong, the eighth king of the Goryeo Dynasty. This temple was dedicated to Jingwan for his contributions to the kingdom.

Jingwansa Temple is one of the four leading temples in Seoul area. The other three are Bulamsa Temple (east), Sammaksa Temple (south), and Seunggasa Temple (north).

King Sejong, considered the greatest among the Korean kings, built a library in Jingwansa for his Confucian scholars.

However, Jingwansa suffered great destruction during the Korean War. Efforts were exerted to restore the temple building for the past 30 years after the war. The temple structures we can see now are the results of such restoration efforts. 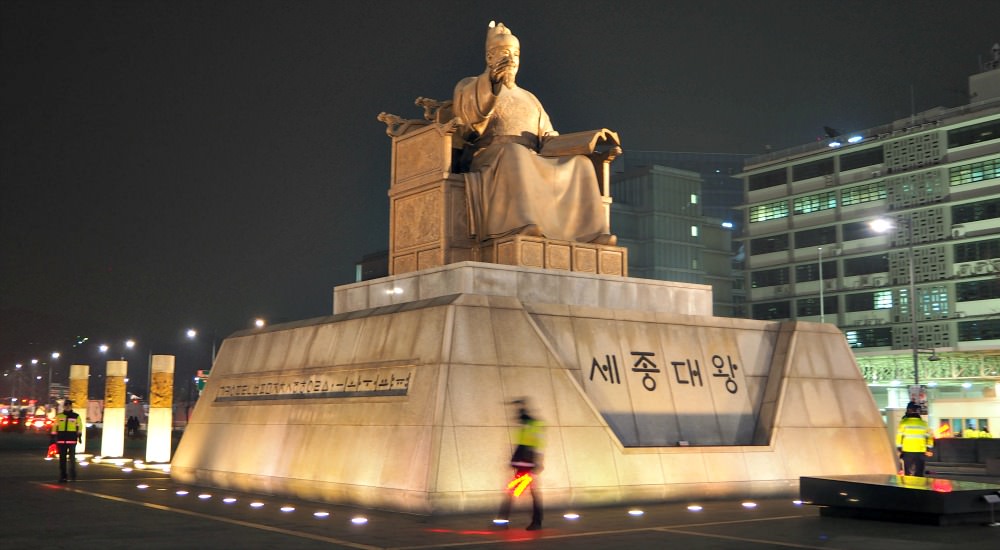 Jingwansa Temple consists of buildings, just like most Buddhist temples have. It has a Daeungjeon Hall (Hall of Sakyamuni), Myeongbujeon (Hall of Judgment), Nahanjeon, bell tower, and other structures.

The Daeungjeon of Jingwansa is the center of the temple area that houses the Sakyamuni, the main Buddha statue.

Other religious statues enshrined in Daeungjeon Hall are Mireukbosal and Jehwagalhwabosal on each side of Sakyamuni.

It is close to the famous hiking mountain -- Bukhansan National Park -- where you can get amazing views around.

Above all, it is a serene spot and relaxing place, not only spiritual, where city-dwellers can take a break from the noise and grueling tasks of the daily toils in the city. 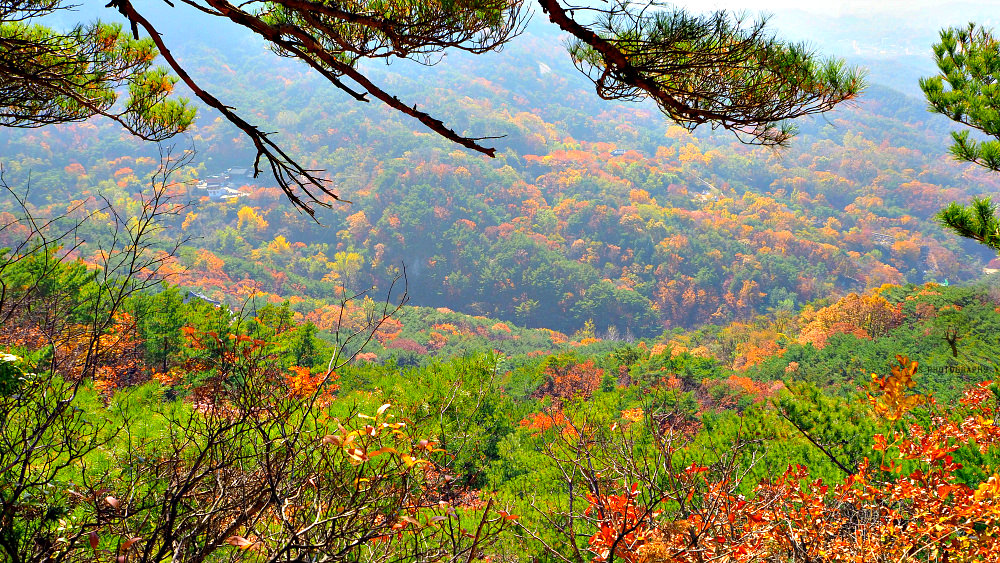 A sight at Bukhansan National Park one Autumn day

The temple is open all year round for all visitors.

Jingwansa Temple is one of those temples permitted to manage a temple stay program. Basically, what the program offers include learning about monastic life of Buddhists, their rituals, etiquette, prayer methods, among other spirit and body practices incorporated in Buddhism practice.

Temple Stay program Offers
Meditation sessions for adults or family who are qualified to apply.
Buddhism practices experience for adults.

The sessions for students are usually being offered during summer and winter vacations.

Since the temple is located in Seoul area, you can quickly get there via public transports.

By Subway Line 3, get off at Gupabal Station, then come out from Exit 3. From the exit area, look for Bus #7724 (colored Green) that will bring you to Jingwansa Temple's bus stop.

Thanks for reading this article and hope this helps.
Enjoy your travels.