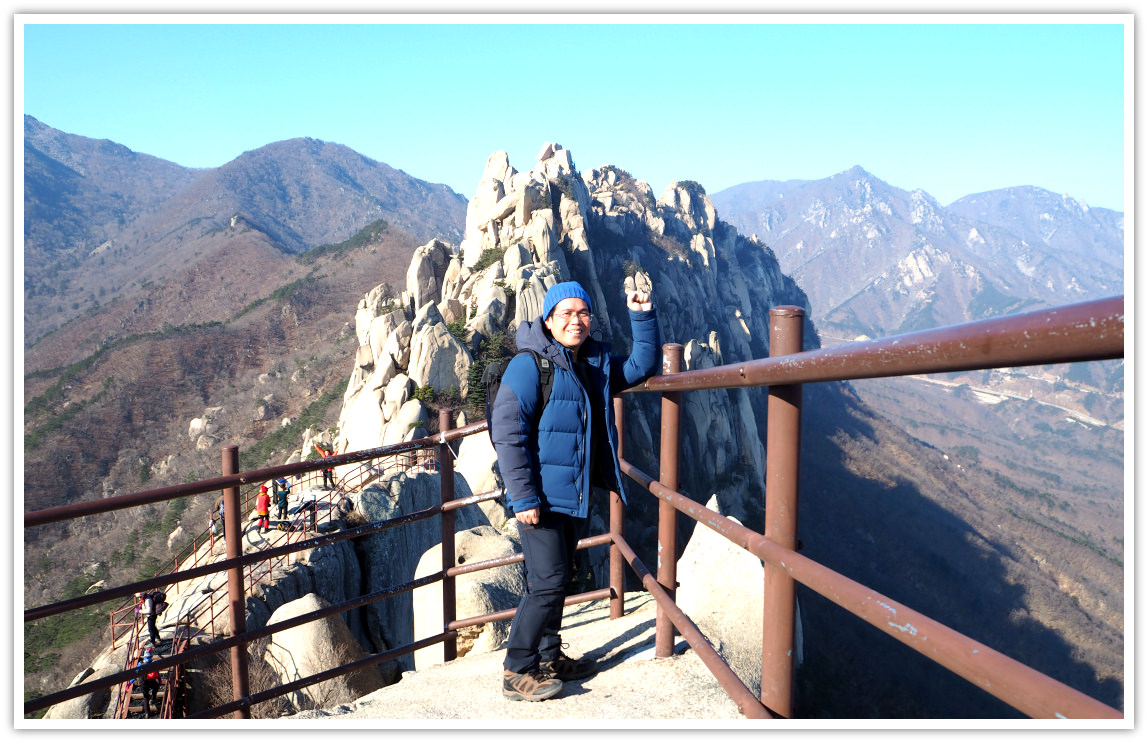 The South Korean highest peaks are all of them located in the nation's designated national parks dotting over the peninsula.

I have been aiming to climb the accessible highest peaks, whew! No, not only the highest peaks but also all the national parks in which some of them form part of the park.

Of course, my aim of publishing this article is NOT to compare with the world's highest peaks (such as the Himalayas or K2) but only to compare locally which are the highest.

However, if I try to compare South Korea's mountain trails with other countries' trails, I could say it is much safer. By being 'safe,' I mean that the Korean trails have the following safety measures...

They are more facilities to help and guide hikers such as national park centers, safety, and emergency calling points, guide maps, among others. 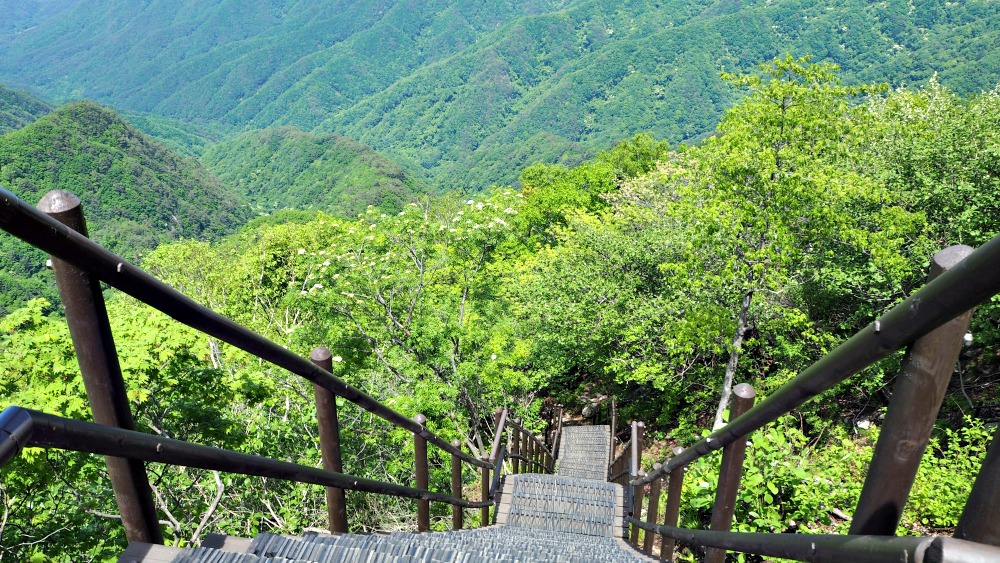 Thousands of Koreans hike mountain trails in various parts of the country. Not only locals but also foreign residents as well as travelers hike the famous mountains and peaks of the country.

As a witness and an enthusiast myself, I believe that there are logical explanations why people spend time and energy on Korean mountains. Thinking about the reasons, I have some simple answers but most probably straightforward...

Accessibility
Most mountains in South Korea are located within or around the metropolis and populated areas. It means that you don't need to take long rides to get there are start your trek.

Most mountains and Korea's highest peaks can be accessed by cars or buses. Therefore, maintaining your hiking hobby is not really time-consuming or expensive in Korea due to their easy accessiblity

Rock formations
This reason is one of my favorites, and I believe I am 100% sure about this! Yes, I think that the rocks formations and the shapes of the rocky mountains of Korea made it very attractive and astounding to look at.

I can say positively about this when I hiked Gayasan National Park. When I reached just a hundred meters from where I started, I could see varied shapes of rocks everywhere!

I could hear myself continually saying: WOW! Everywhere I turn, the beauty of the rocks is more intensified by the backdrops--distant views, towns, valleys, blue skies, or other mountain views.

The guys behind were just as astonished as I am. I can hear them saying: Yah, mositda, chinja mositda! (Yes, it's beautiful, stunning!)... all the way up. 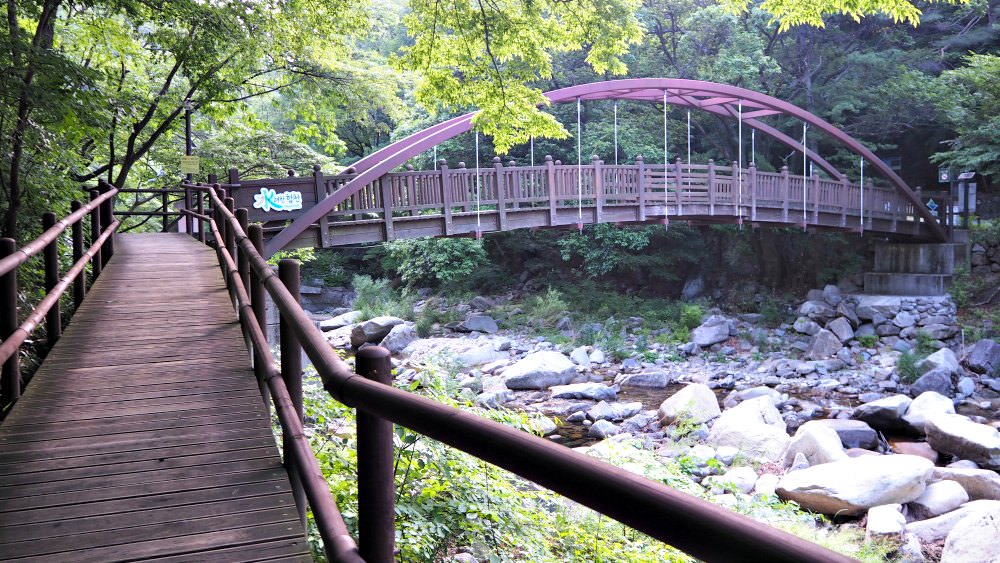 Streams and Forest Parks
Going up or coming down from the mountain, you will see, feel, and even taste the refreshing streams in many places along the way.

I believe that the authorities intentionally built the trails in such a way that hikers will have the full and fantastic sights of the mountain and enjoy nature. Besides, it is easier to follow the flow of the water as nature knows its way.

The stone steps and staircases with handrails are overall well-maintained. Regular check-ups and repairs are being done to keep the hikers safe.

Besides, you can find emergency points where you can call an emergy number. Remember to stay at this point while waiting for help or rescue in case of emergencies or accidents. 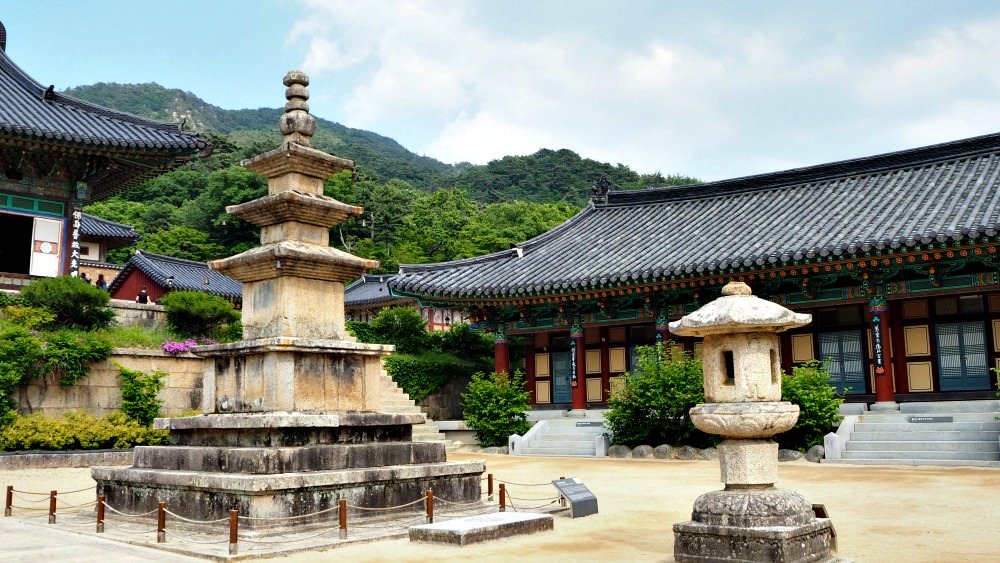 In addition to the points above, the facilities in most Korean mountain parks are pretty excellent. You can get most of the things and gears you would need for your exciting hike or other outdoor activities.

Within and around the mountain parks, you will have access to the following facilities...

If you want to book anything, such as camping ground space, you need to call or register online in advance to get your spot.

Thanks for visiting Korea highest peaks article. I hope you have safe and exciting hikes.