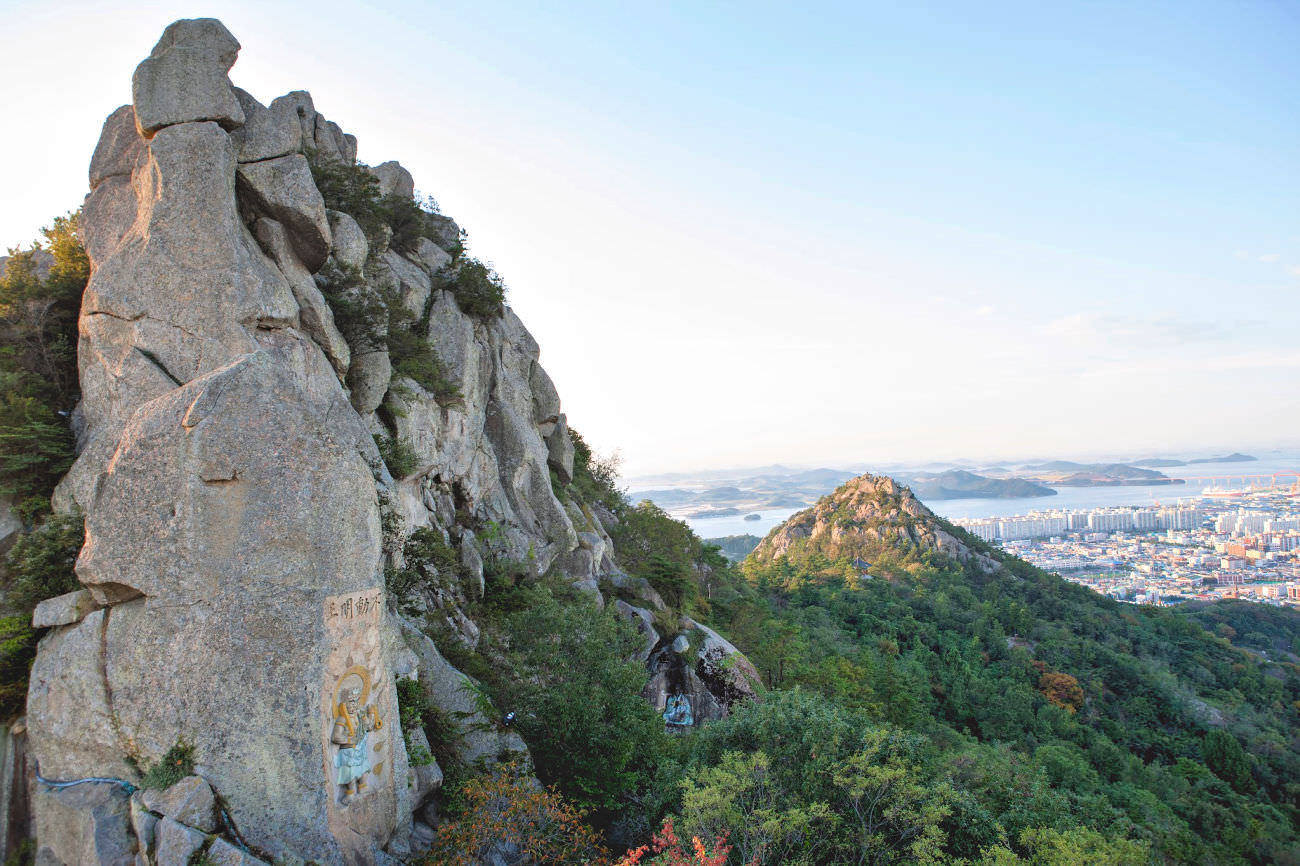 Mokpo Tourist Attractions is a page dedicated to Mokpo, a city in the southern Jeolla province of South Korea. The City is at the southwestern tip of the Peninsula beautifully landmarked by the pretty Yudalsan Mountain overlooking the blue sea.

Mokpo City is easily reachable from Seoul and other cities via all efficient public transports of South Korea. I have memories of traveling back and forth Seoul and Mokpo many years back.

Trains connecting Daejeon to Seoul in Mokpo serve as the terminus for many ferry routes ferrying people and cargoes to the islands in the Yellow Sea and Dadohaesang National Park.

Now, let me proudly introduce you to Mokpo's best places, structures, and various attractions you can start exploring. Surely, you can discover more great places once you are there. Probably much better than I introduce here.

However, let these attractions start your curiosity get awakened, and excitement begins...

The following attractions are just a few examples of sights, places, areas, structures, and destinations that you can explore, enjoy and access easily. There you go...

And famous nearby islands...

As this website develops so as the number of Mokpo tourist attractions be added here.

Mokpo City used to be a crucial port for both commercial transactions and public transportation during the Japanese occupation in 1910-1945. The open sea channels between Japan and China are most accessible from Mokpo.

Among many advantages, Mokpo is safer if compared to other cities near the sea areas in the country. That's because Mokpo is surrounded by many islands, which serve as a protective barrier against tidal waves or tsunamis. 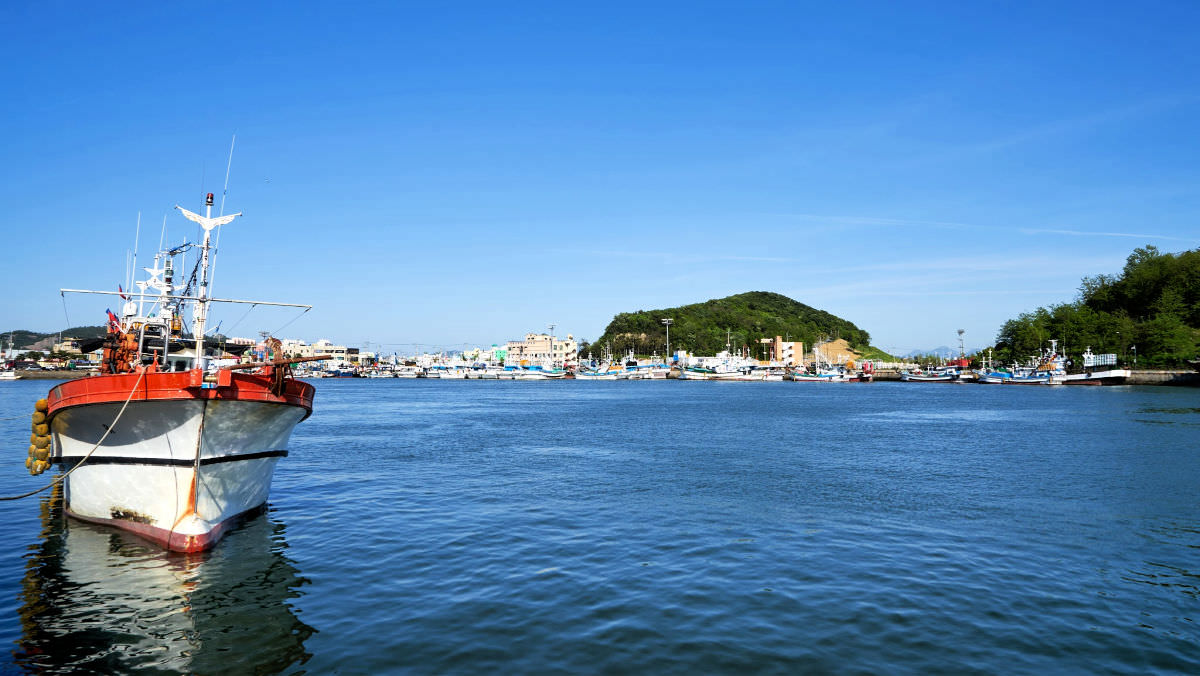 Fishing boats and fisherfolks in Mokpo supply the freshest sea food in many parts of the country.

Getting to Mokpo City

Mokpo Station
Mokpo Station is a train station that was first opened on May 15, 1913. The station is the final destination of Honam Line, which ferries over a million passengers annually.

I have traveled to this station many years back when the time travel takes five hours in total from Seoul to Mokpo or vice versa. That same line also was used for cargo shipments, including coal for the industrial factories in the area. But the rail extension to the factories was removed in 2011 due to potential danger.

You will know that you arrived at Mokpo Station when you see a beautiful mountain proudly welcoming the city's guests. Yudal Mountain (or Yudalsan) is its name.

From Seoul to Mokpo, your travel time is cut shorter because of the KTX (speed train) that was introduced in 2004. It would take only more than three hours compared to five hours before.

The three-hour travel is possible if the train stops only at four stations: Seodajeon, Iksan, Gwangjusongjeong, and Mokpo. However, since the train drops off and picks up passengers at some stations, it takes 195 minutes to reach Mokpo Station from Seoul.

Aside from the KTX, you can also take a slower train called Mugunghwa Ho and Saemaeul trains, which are more economical than the speed train.

By Car
It takes about four hours from Seoul to Mokpo City via Seohaean Expressway. The Muan-Gwangju Expressway was opened to access the Muan International Airport in 2008.

If you are not going to Mokpo from Seoul, you may access Mokpo-Gwangyang Highway, which connects the eastern and western ends of Jeollanamdo. The connection continues to Busan City.

By Bus
Various buses ply Seoul and Mokpo route. It takes around four hours to reach Mokpo Bus Station from Seoul, such as Dong Seoul Station.

You can take a 15-minute break during your mid-way stop at some 'Hyugaeso' or motorway stops. These stops have cafes, washrooms, convenience shops, small restaurants, and other immediate things you can make use of.

Muan Airport
Flying near Mokpo City is also possible. Muan International Airport serves travelers flying in and out of the area.

The main harbor serves people who are regularly traveling to the islands. This port also serves boats that ferry cargoes of all sorts, including farm and fishing products.

The North Harbors, on the other hand, serves Nonghyup--a farming industry. The newly-built port is for container shipping to China.

The famous islands to travel near Mokpo are Heuksando, Hongdo, and Jeju Island. Personally, I have traveled via boat or ferry to Heuksando and Jeju islands during my stay in Mokpo City. Traveling by boat is fantastic as you can see lots of islands, seagulls, dolphins, and beautiful sights.

International seaport is opened recently, which serves for China, Japan, Thailand, and Indonesia. In fact, the chaebol Samsung electronics chose Mokpo as its main exporter harbor in 2011.

Mokpo tourist attractions and everything around it are not only wonderful but also relaxing, refreshing, and rejuvenating. That's due to the fresh sea breeze, open blue sea, beautiful islands, and accommodating rural life and people!