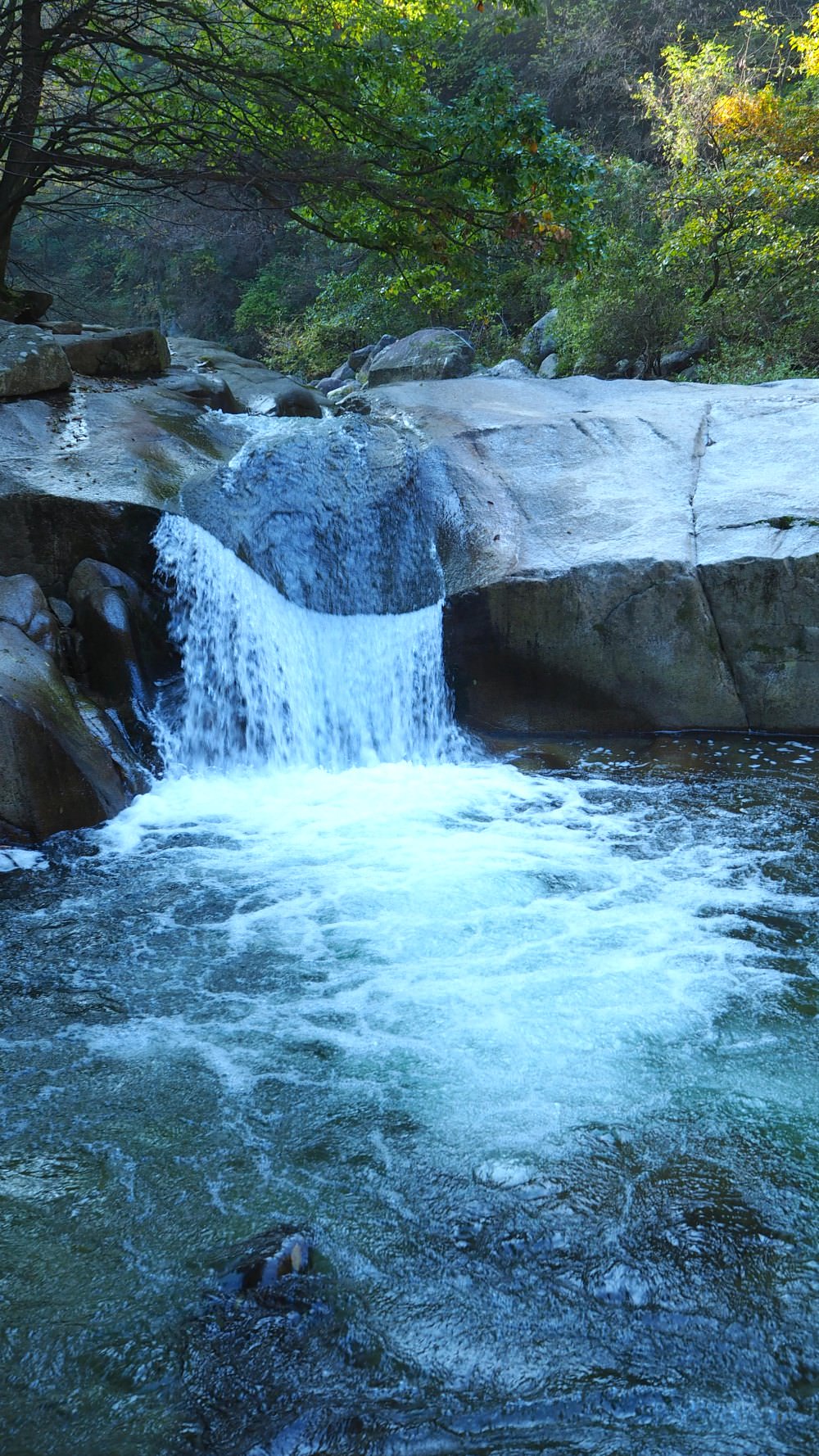 Seoam Rock Waterfall is one of the beautiful waterfalls on this rock I have seen inside Guryong Valley. It is a small one but captivating enough and makes you stop to adore its beauty.

Although I already got excited for having seen some pools being formed by the stream, Seoam Rock and falls made my day as well!

This attractive sight is facing towards the valley near Namwon City where I originally started my trek.

Interesting Names & Features
When I first laid my eyes on this natural sight, I couldn't make out any image for it. It looks neat as if it is intentionally set up to create that view.

However, some 'experts' who meditated on its shape decided that Seoam Rock resembles that of a Buddhist monk who is kneeling down reading the scripture.

Maybe I need time to reflect on its name to see that image, though!

Other locals also called Seoam as 'Gusiso.' 'Gusi' in Gyeongsang dialect means a tool for feeding cows and pigs. I can agree with this observation!

Also, in the Jeolla dialect, Seoam is called 'Chaengyiso.' 'Chaengyi means a winnowing tool which was traditionally used to separate the chaff from grains (rice).

I can also agree with the last two names and observations. I could say that its name totally depends on the background (including beliefs) of the observer. The first name is for Buddhism believers, while the other two titles are for local and ordinary farmers. 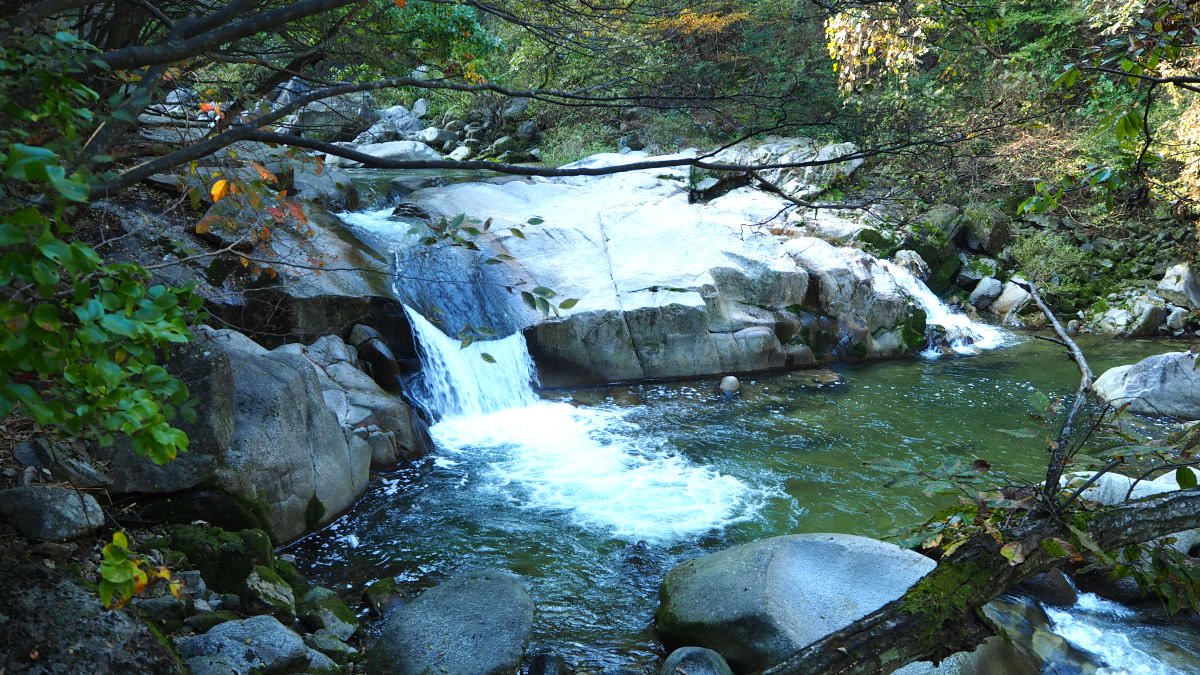 The waterfall as seen from the streamside train 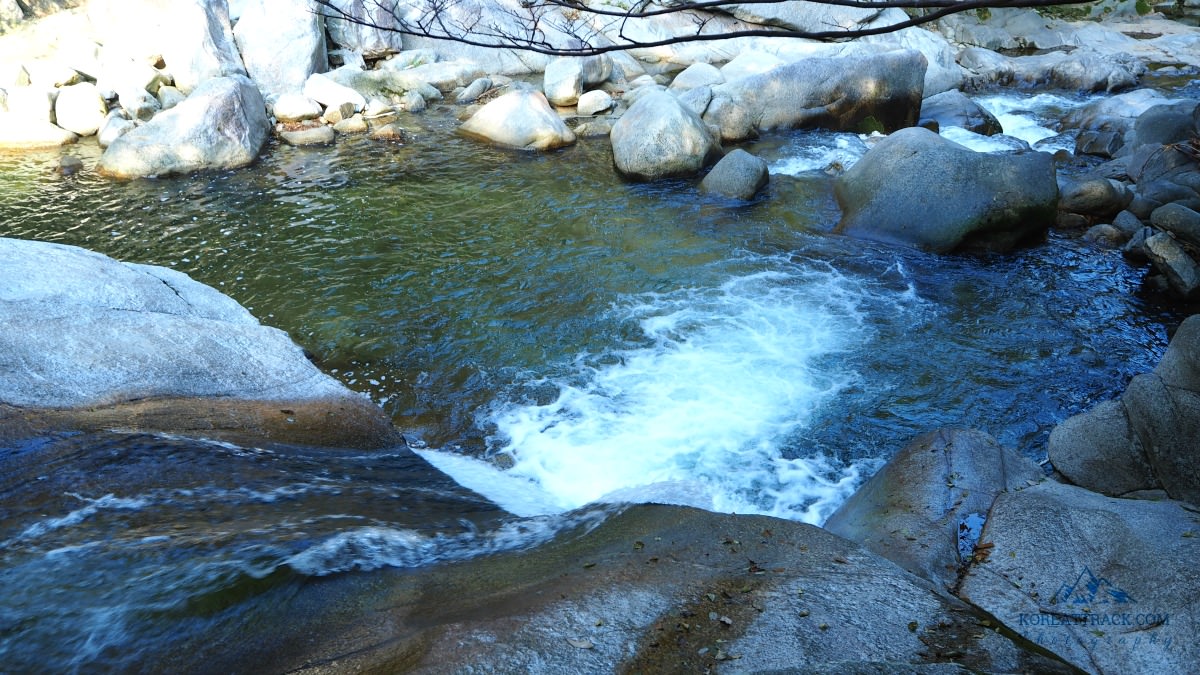 Seoam Rock Waterfall is located right close to the trail path of Course 1 of Jirisan National Park. It means that you won't miss passing at this natural wonder.

Lush green trees (after Spring and before Autumn) abound and surround this sight.

Right below the Rock is a clear pool of water formed by its never-ending falling water. It looks very tempting, especially during hot summer days.

Above, the Rock, you can see a broader pool which looks more tempting for swimming than the one below the Rock.

Flat and wide granite rock is sitting just right beside that wider pool (as you can see in the photo). 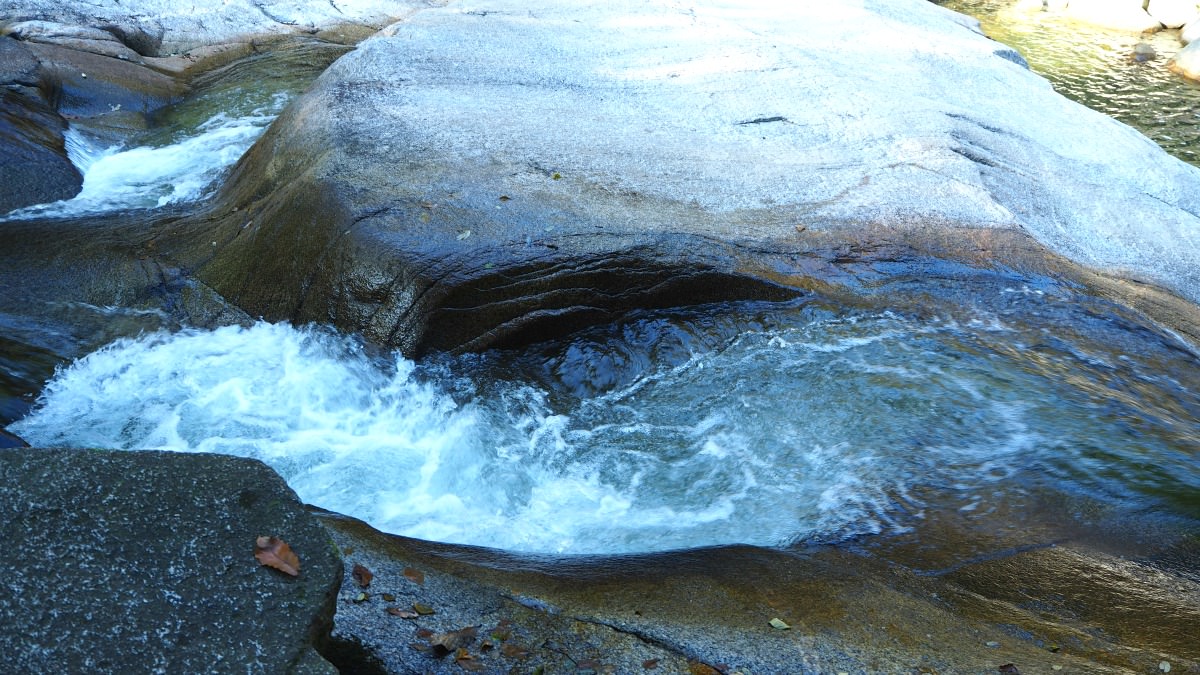 Strong and constant flow of water carves through the granite rock

What To Do Here

I believe that you will take photos (pictures) the moment you see it. Selfies or groupies. Slowfies!

I couldn't find any instruction that says "Swimming Not Allowed Here". So, I presume you can dip in at the fresh pool.

Also, I believe that having a picnic and enjoying your packed food and drinks for the day is allowed here.

But I guess you should bear this in mind that during peak season (Autumn) when the leaves turn technicolor, this place will be packed.

So, maybe you could visit Seoam Rock during the low season if you want to see a quiet and less crowded sight of this nature.

Thanks for reading this short article.