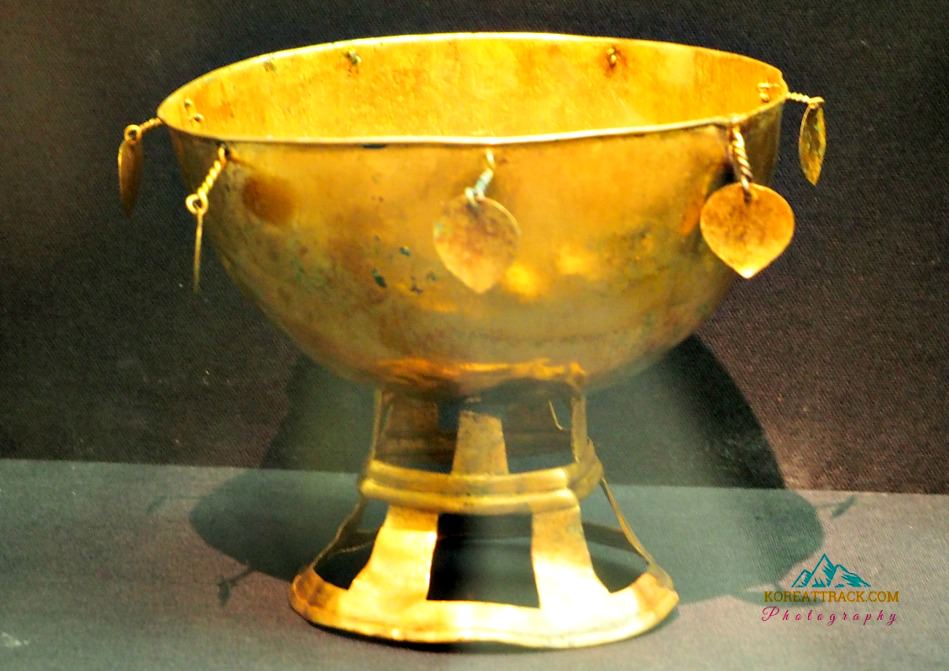 Seobongchong Tomb is the burial place where excavators unearthed a gold crown embellished with three phoenixes. This gold crown is one of the six gold crowns believed to be from the Silla Kingdom (57 BC-AD 668).

Seobongchong Tomb lies in Gyeongju, Gyeongsangbukdo (province), in 1926. Know that Gyeongju was the former capital of Silla Kingdom, where many royals have lived and been buried.

As you can see below this page, many other royal tombs are being described; most of them are located in Gyeongju City.

Including the gold crown discovered in Seobongchong Tomb, the other five gold crowns were thought to have been created between the 5th and early 6th centuries.

What is interesting about them is that only the Seobongchong Tomb's gold crown has phoenix ornaments. Is this difference significant?

Or, is it only a matter of material available at that time? Any other relevant status and royal-relation explanations?

Anyhow, they discovered that the golden thread utilized to make the crown had various production dates. Most of the thread used to tighten the beads embellishing the round plate edge of the crown was made of 17-karat gold.

The discovery of Seobongchong gold crown occurred in a very unlikely situation... 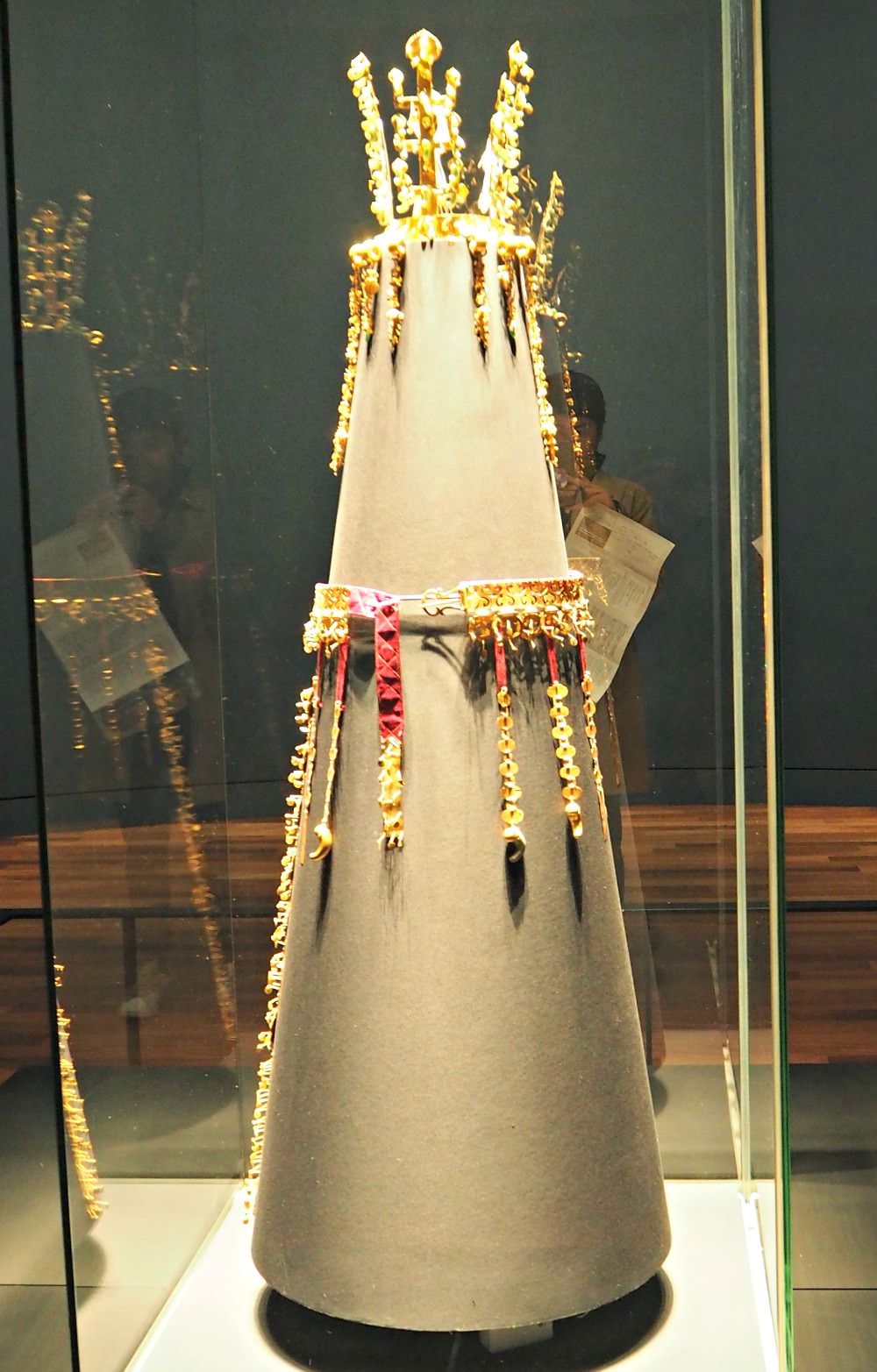 Gold crown excavated from one of the tombs in Gyeongju City

At the time, the Swedish Crown Prince Gustav Adolf the Sixth was traveling to Korea during his honeymoon.

It was he who found the golden belt at the excavation site. Since that time the tomb has been called the Seobongchong Tomb (서봉총, 瑞鳳塚), integrating the words 'seo' for "Sweden" (스웨덴, 瑞典), and 'bong' for, "phoenix" (봉황, 鳳凰).

These artifacts found in the Seobongchong Burial place are now on exhibition at the National Museum of Korea in Seoul.

The artifacts excavated from Seobongchong Tomb, aside from the gold crown with three phoenix ornaments, include the golden belt with pendants and ornaments, gold earrings, and a silver bowl.

The silver bowl has engravings on it. The engravings suggested some ideas as to the timeline of its production.

In addition, the excavators also found two glass bowls, which are believed to be Western origins. The glass bowls design and composition seem to be from Europe or Persia that could have entered Korea through the famous Silk Road.

The museum's "New Scientific Revelations About the Gold Crown From the Seobongchong Tomb" exhibit reveals a further reality of its creation.

It was eventually mended and provided more details after years of scientific analysis.

Now, I guess you may visit two places when you come to Korea: Seobongchong Tomb in Gyeongju City and the National Museum of Korea in its capital, Seoul!

Thanks for reading this article, and I hope it helps!
Enjoy your travels!