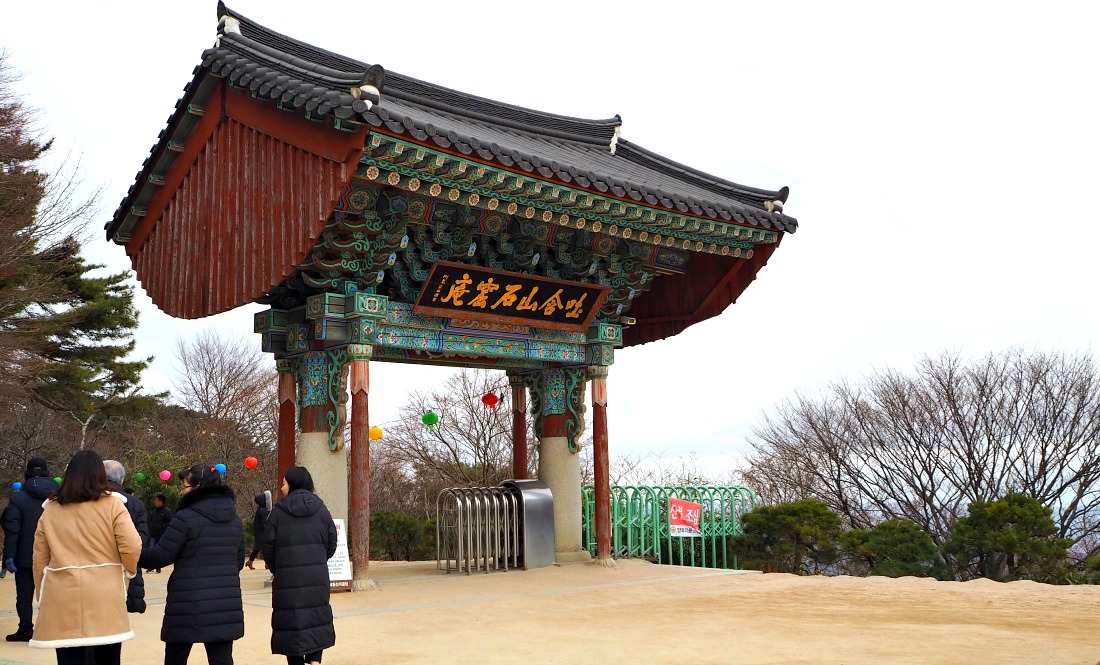 Seokguram Grotto is a work of religious art. It is located in Tohamsan Mountain, Gyeongju, South Korea.

Like many travelers, I was attracted and decided to see this famous site. I hiked over 2 kilometers from Bulguksa Temple to get to this grotto.

FACTS: Seokguram Grotto is added to the UNESCO World Heritage list in 1995 together with Bulguksa Temple itself.

Seokguram Grotto is a hermitage, and it also belongs to the Bukgusa Temple area. Its location overlooks the Sea of Japan (in the east) and is about 750 meters above sea level.

South Korea designated the grotto as its 24th national treasure in 1962. At present, it is one of the most popular and visited Buddha statues in the country. 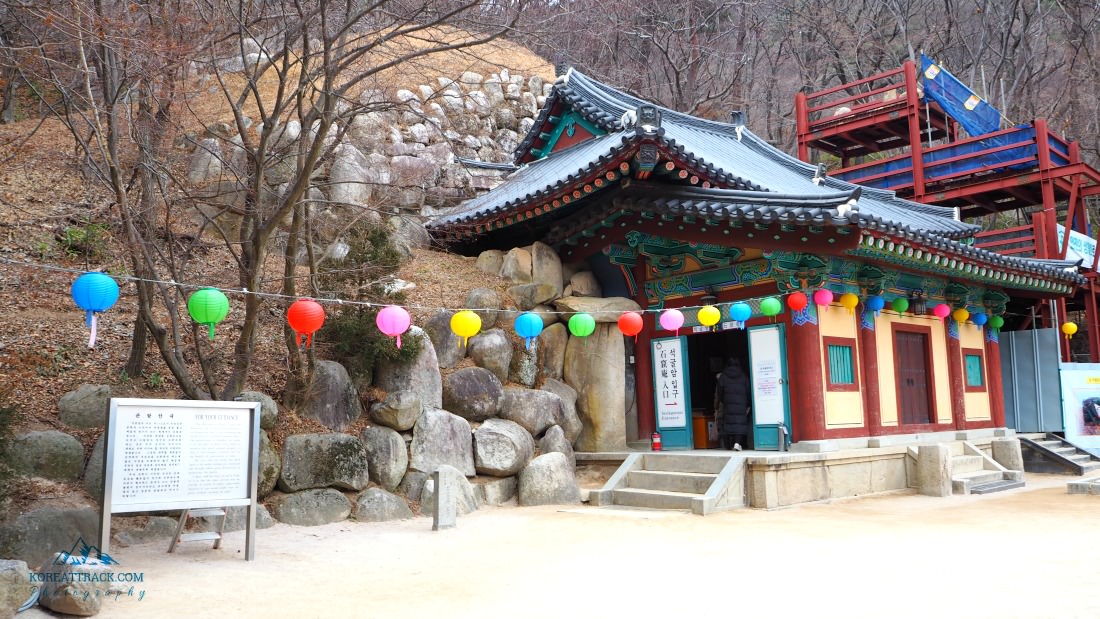 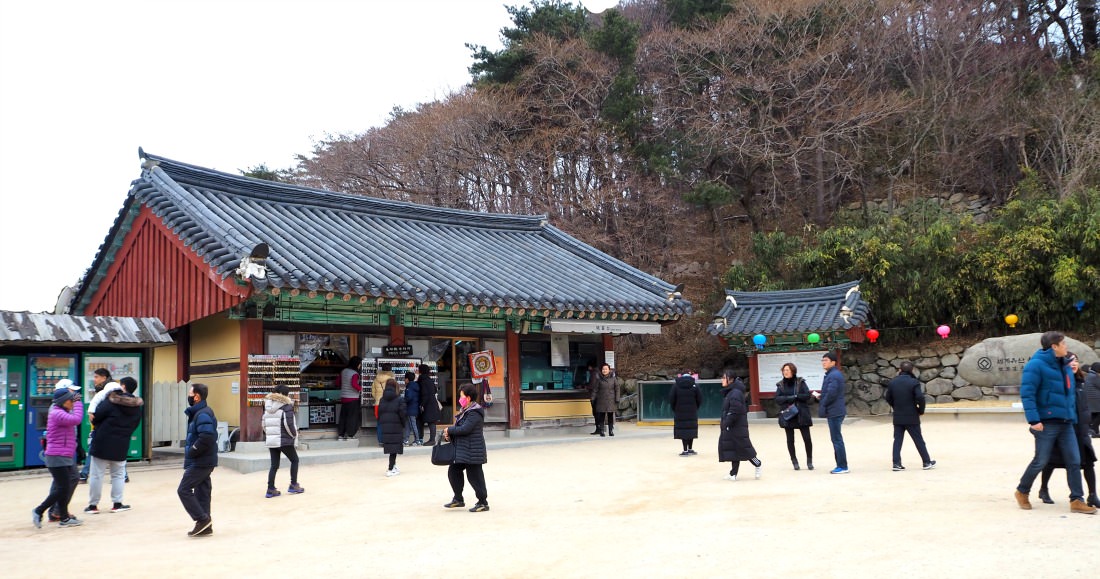 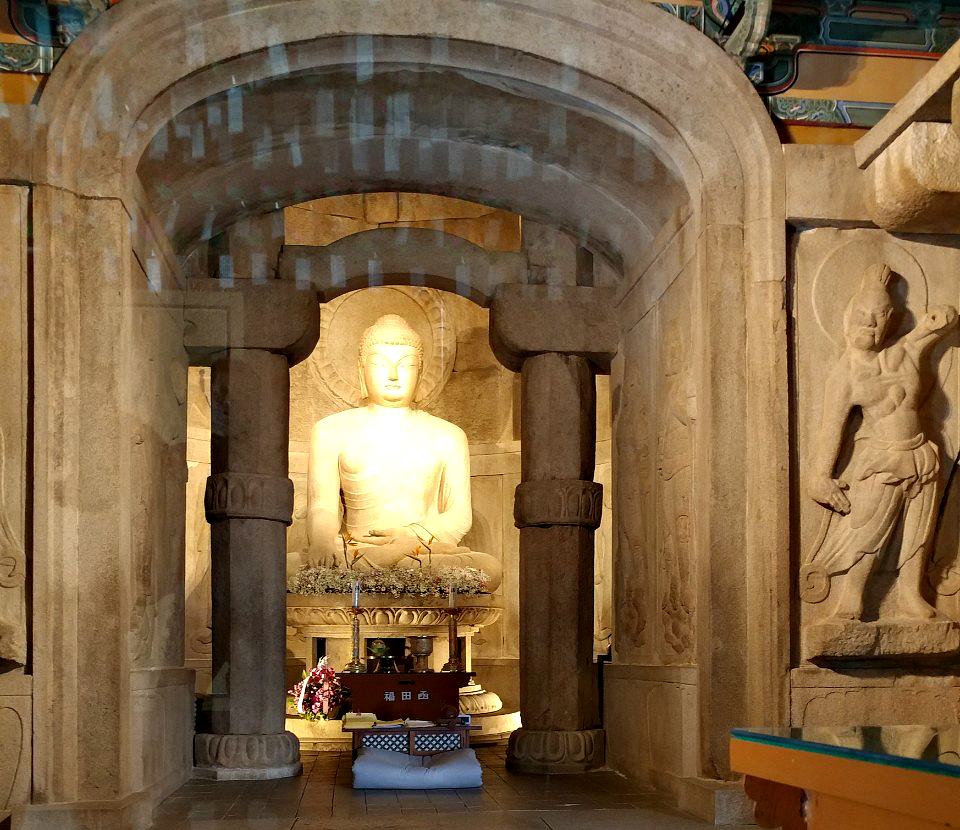 The Buddha stone statue was carved out from a solid granite in the scenic side of Tohamsan Mountain.

The grotto was allegedly built by Kim Daeseong, an official of King Gyeongdeok’s court of Silla Dynasty.

This period was the time of the Unified Silla. It was believed that the grotto was completed after the builder’s death sometime in 774.

The Buddha is about 3.5 meters high and sits on a 1.34-meter tall lotus flower pedestal. It is believed that the image is that of Seokgamoni Buddha whose position indicates enlightenment.

There are three other Bodhisattvas, ten disciples, and Hindu gods that accompany Buddha inside the grotto.

Also, you will notice the usual symbolism of Four Heavenly Kings (or guardians – they look scary though!) guarding the corridor that leads to the innermost of the grotto.

According to the source (Wikipedia), there are ten statues of bodhisattvas, some saints, and faithful that are carved in niches on the bas-reliefs.

Since visitors are not allowed to get inside the grotto, I could not see much more features inside and surrounding the statue, unfortunately!

When you visit the area, be prepared to see that you will see religious items of Buddhism. Also, expect that the sense of serenity and tranquility, as well as union with nature, is in the air.

Panorama of Gyeongju as seen from Seokguram site 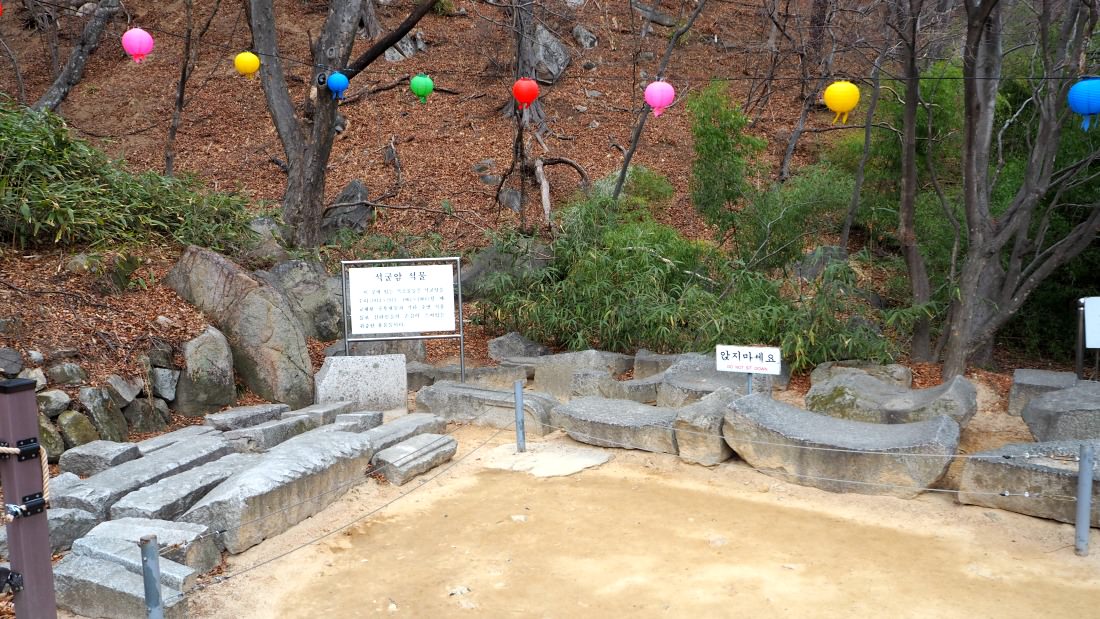 If you are coming through Bulguksa Temple, simply take the 2.2-kilometer trail for Seokguram Grotto.

The path or trail is well-maintained. The ascent is not sharp, so it should be not so difficult for any children above seven years of age or any generally healthy and fit individual.

Private vehicles and Tour Buses are allowed to park at the parking area of the grotto’s nearby entrance gate.

On the lefthand side of the souvenir shop, you will notice the black curved tiles - these are being used for printing one's supplications to Buddha. 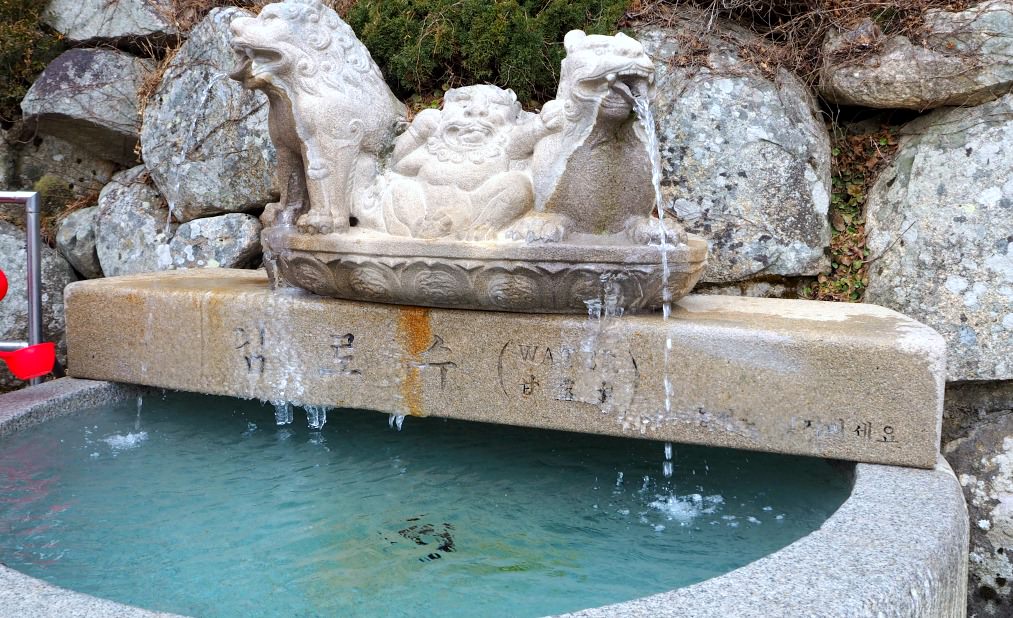 Now, after your exploration and implemented your other interesting activities, you might be ready (if still energized!) to explore more places...

You can always travel to the nearby places and surrounding areas of Seokguram Grotto and Bulguksa Temple.

If you did not come with a private vehicle, be prepared to do hiking (if this is one of your hobbies or purpose in coming). 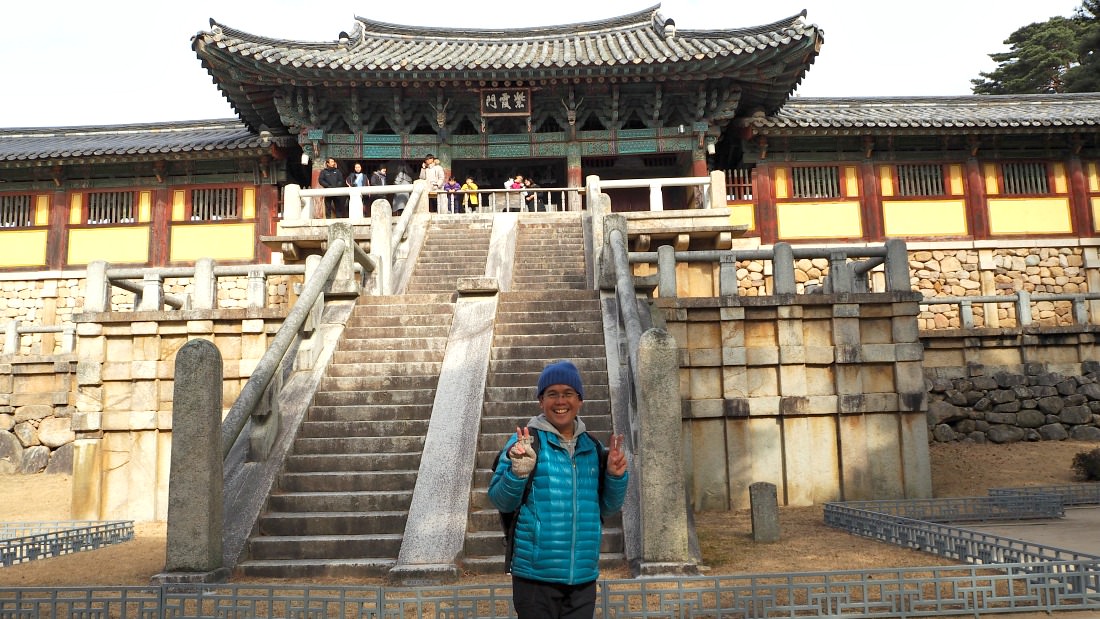 Overall, it was a great hike, and the whole area has fantastic views of the surrounding panorama including Gyeongju City.

I was expecting to see a larger size and more accessible view of the Buddha. Unfortunately, the statue is being kept and protected inside a temple through which you can only have a distant sight of the statue.

On the other hand, having no “close encounter” with the image, it evokes in me a sense of mystery. And I’m happy with that.