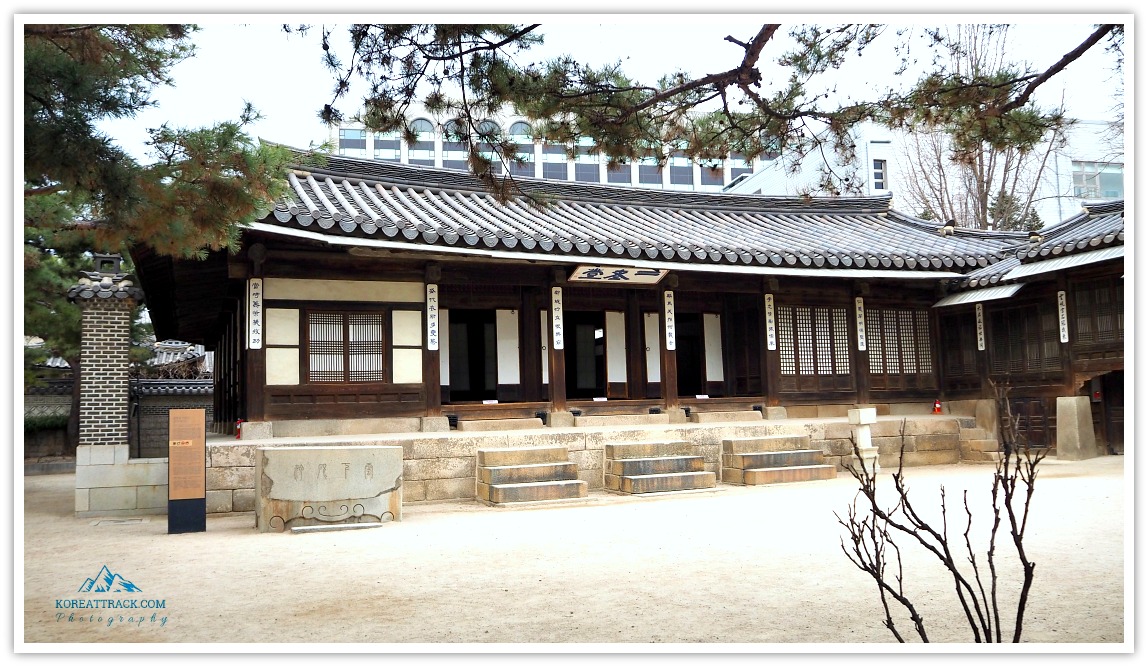 Unhyeongung Palace is a small royal house located in Seoul. It played crucial roles during the Joseon Dynasty where King Gojong lived and was groomed to become a king and later on the first Korean Emperor.

The palace nowadays is one of the popular sites for sightseeing and pictorials. Most visitors come to feel what it was like inside the royals’ house.

I was feeling excited myself when I saw the signpost and the walls outside the palace. I got ready with great expectations, and my camera in my hand!

Unhyeongung Palace is the house of Emperor Gojong. It is where he lived right before his ascension to the throne and became an emperor.

The palace was owned by Regent Heungseon Yi Ha-eung, Gojong’s father. He ruled the country for around ten years, but later on, took over the state affairs when his son took to power as the king.

To make it easier to go in and out of Changdeokgung Palace, Gyeonggunmun Gate and Gonggeunmun Gate were especially built for Gojong and Regent Heungseon. However, you won’t see these gates today. 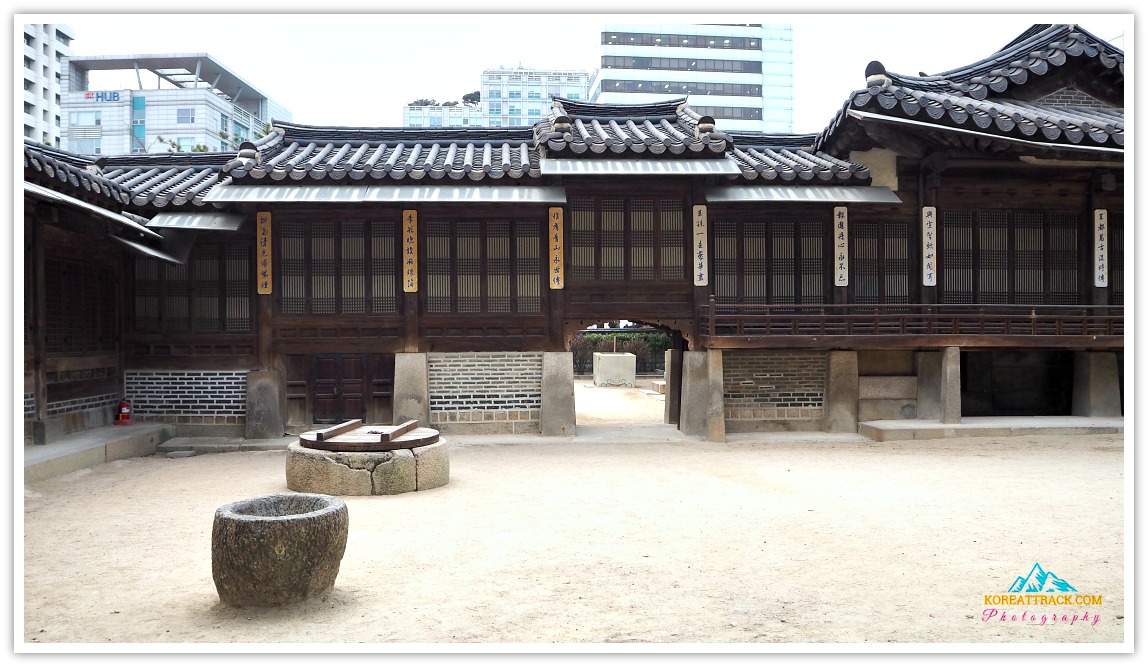 Unhyeongung Royal Residence turned into a palace-like house when the Queen Mother Jo ordered it to be renovated and built with four gates. However, its magnificent beauty got damaged during the Japanese-Korean War.

As a result, much of what we can see today is a small version of its original majestic beauty.

Let me describe the palace in terms of the relevant structures of the whole area.
In a nutshell, here are the contents of this article: 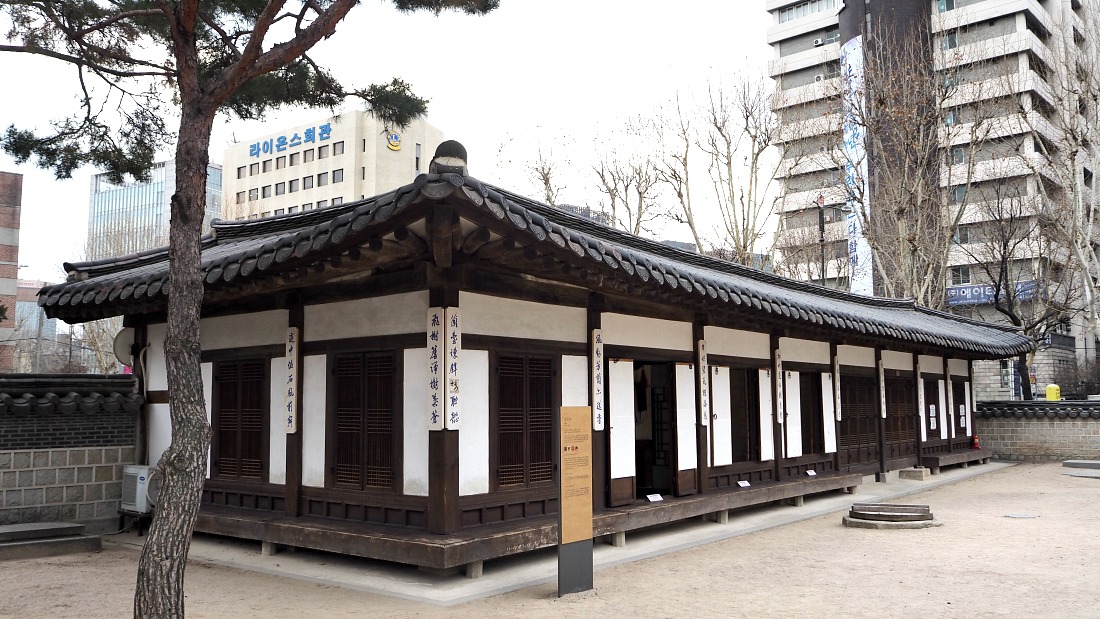 View of Sujiksa or the servant and guards' quarter

Sujiksa Building (Guards’ Quarters)
This structure and area is the one you will immediately notice as you enter the main entrance gate of the palace. It is the row of small rooms to your right (behind the ticketing booth).

The structure was where the servants and guards of the royals stayed.

Noandang Hall
Noandang Hall is the saranchae (men’s quarter) where Regent Heungseon resided. The term ‘noan’ (elderly) is based on the Confucian form of respecting the elderly as they are wise and have wisdom.

The hall was built in 1864 with an ‘ondol’ room, a room with a Korean heating system to warm the room. One has to build fire beside or nearby the room and channel the heat under the wooden floor.

Noandang Hall was built with wooden materials and very spacious. It has a triple-fold window, sunlight blocking eaves, and other royal-like features built within and around it. 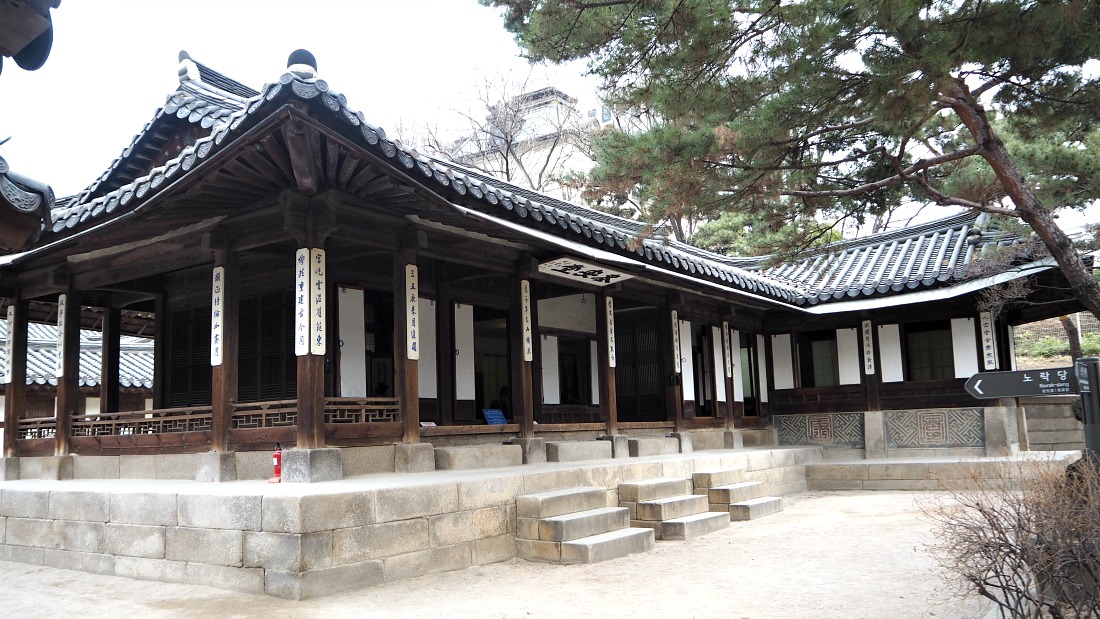 Noandang is where state affair were conducted 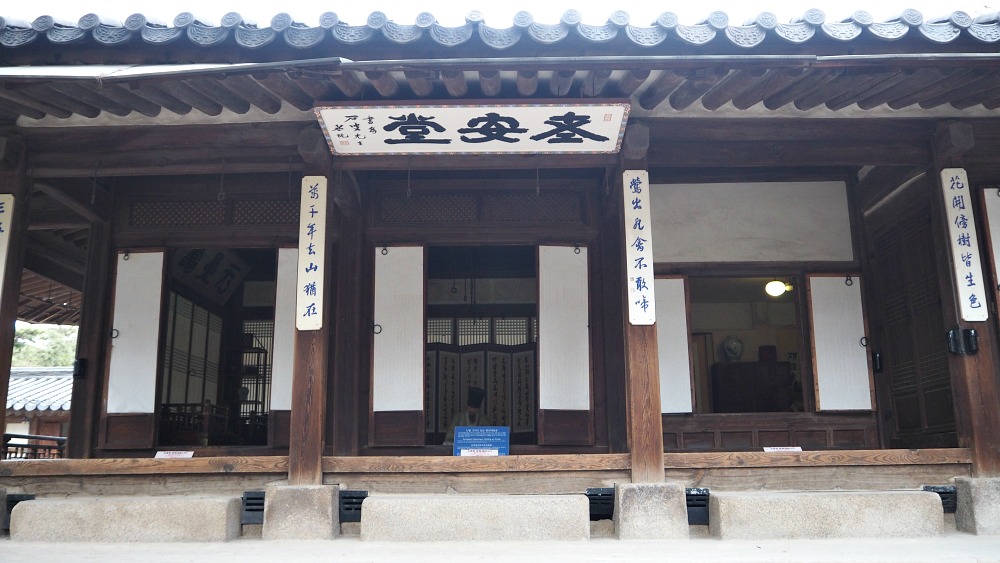 Norakdang Hall
It is the central area of Unhyeongung Palace. This was built in 1864 during the first year of King Gojong’s rule. It is bigger than the Noandang Hall, and it also has an ondol heating system.

Norakdang Hall is the only residential building built with decorated column tops, among other royal features. This structure indicates that it is the central house of the residential area.

Norakdang is where Emperor Gojong and wife Empress Meyongseong were married in 1866. 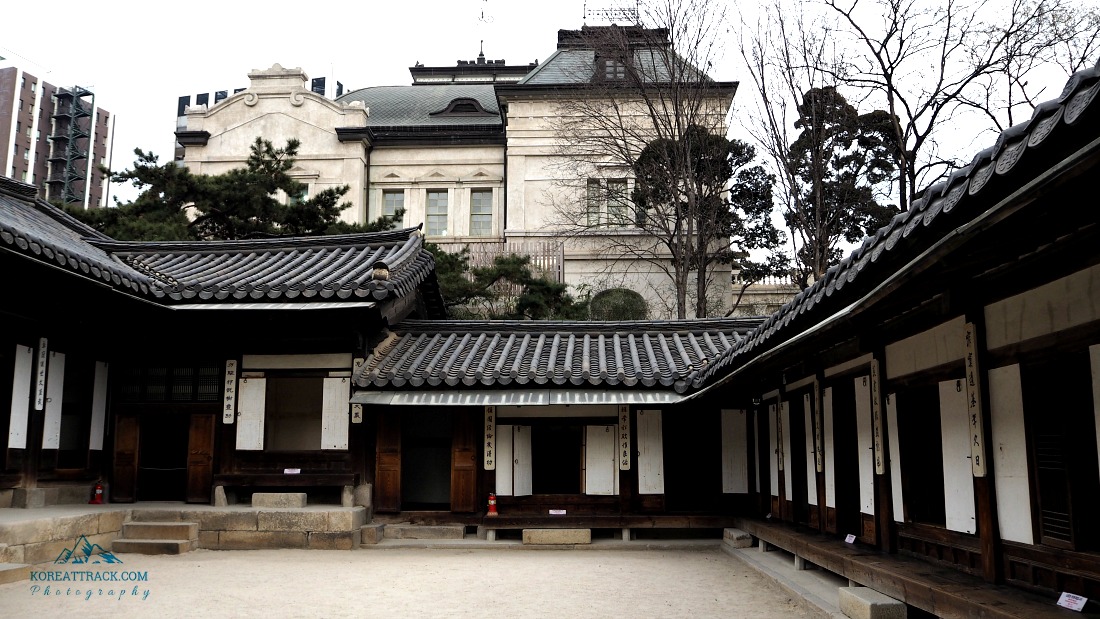 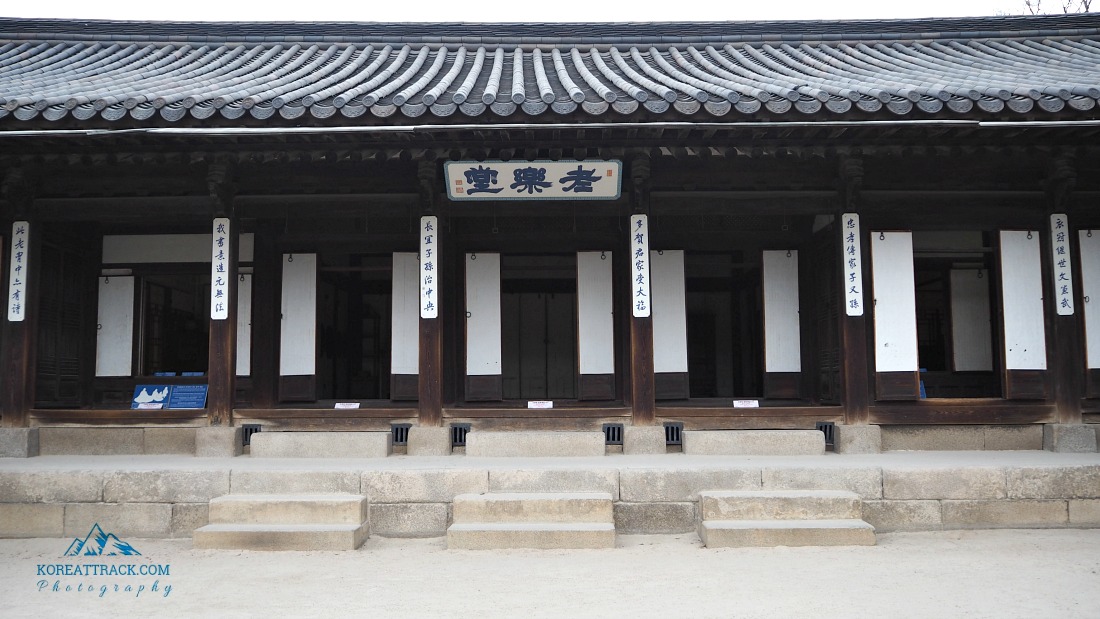 Irodang Hall
Irodang Hall was one of the inner quarters of Unhyeongung Palace along with Norakdang Hall. The term ‘iro’ means ‘two elders,’ referring to Regent Heungseong and his wife.

The hall was built in 1869 and located just behind Noandang and Norakdang Halls. The square-shaped structure come with ondol rooms and spacious wooden floors. 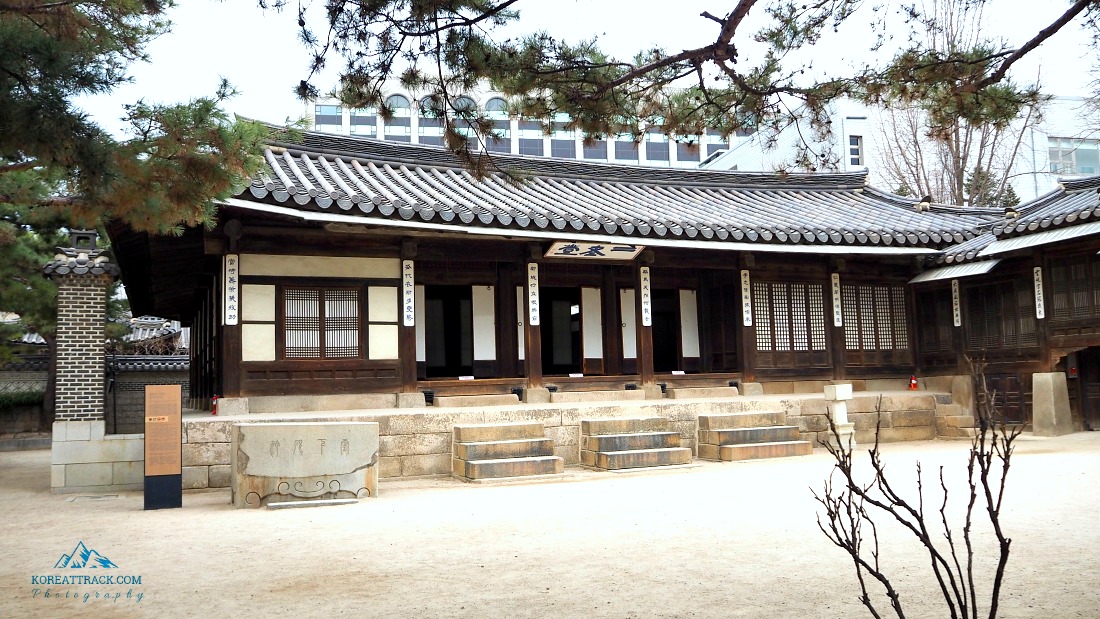 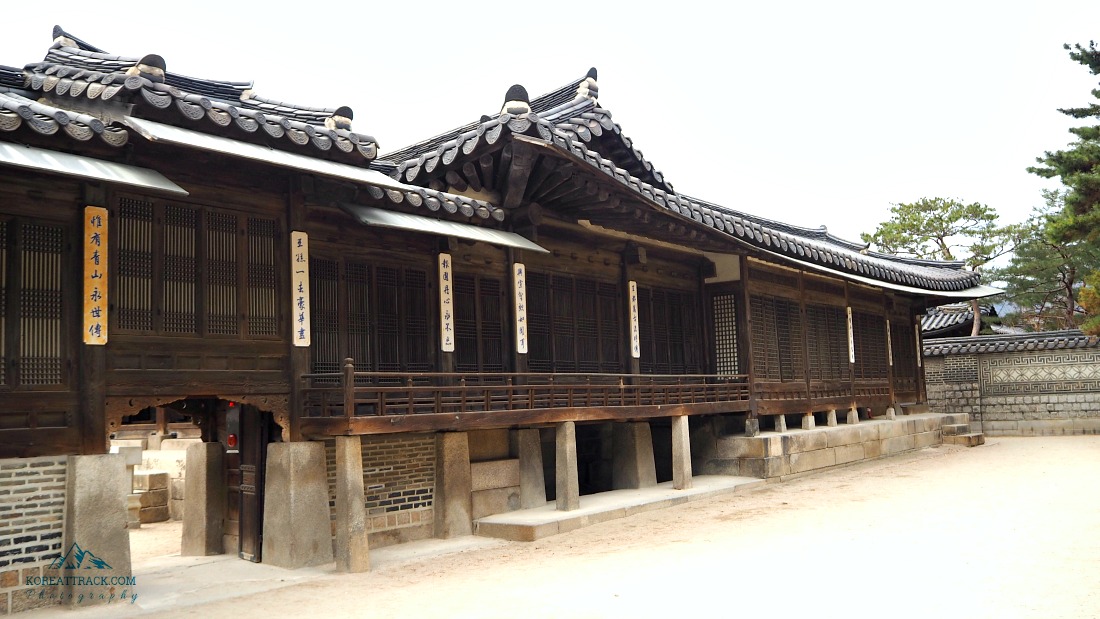 Heonui was the father of the 26th Joseon Dynasty king Gojong. When Gojong ascended to the throne (1863), he became a Daewongun (high official’s title give to the biological father of the king or emperor) and ruled the country as a regent.

One of his great achievements was establishing a centralized system that recruits trustworthy and competent officials. The system prevented people from abusing their privileges. 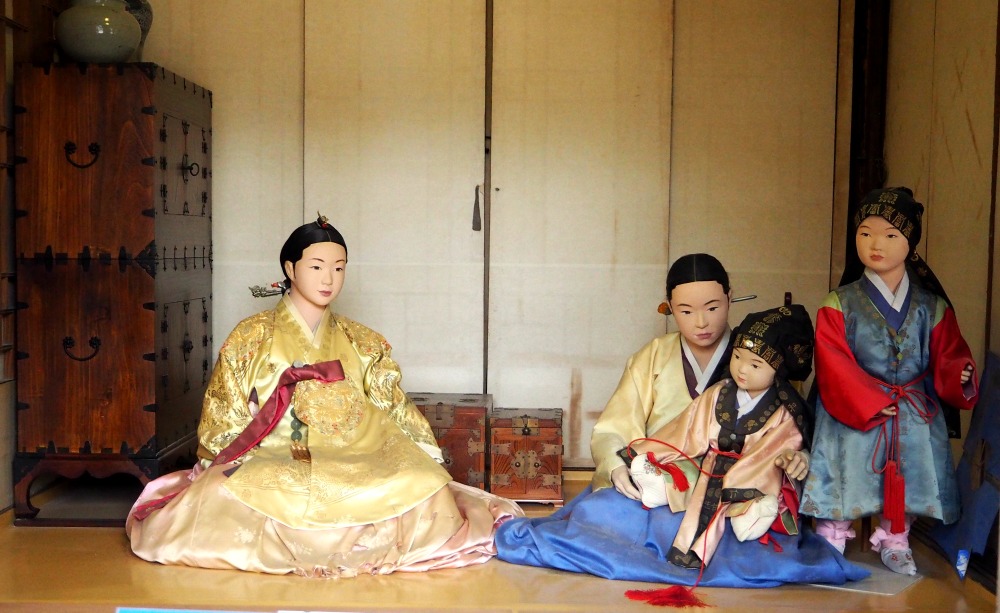 Replica of the royal family

Emperor Gojong (1852-1919)
Gojong who grew up in this palace was the 26th king of the Joseon Dynasty. He was also called Jeahwang, Myeongbok, Myeongbu, Seongrim or Juyeon. He was the second sone of Yi Ha-eung, a descendant of King Yeongjo.

Emperor Gojong succeeded King Cheoljong in 1863 at the age of twelve. Gojong changed the name of Joseon Dynasty into the Korean Empire, thus making him the first emperor of the Korean Empire at Jeukjodang, Gyeongungung Palace. 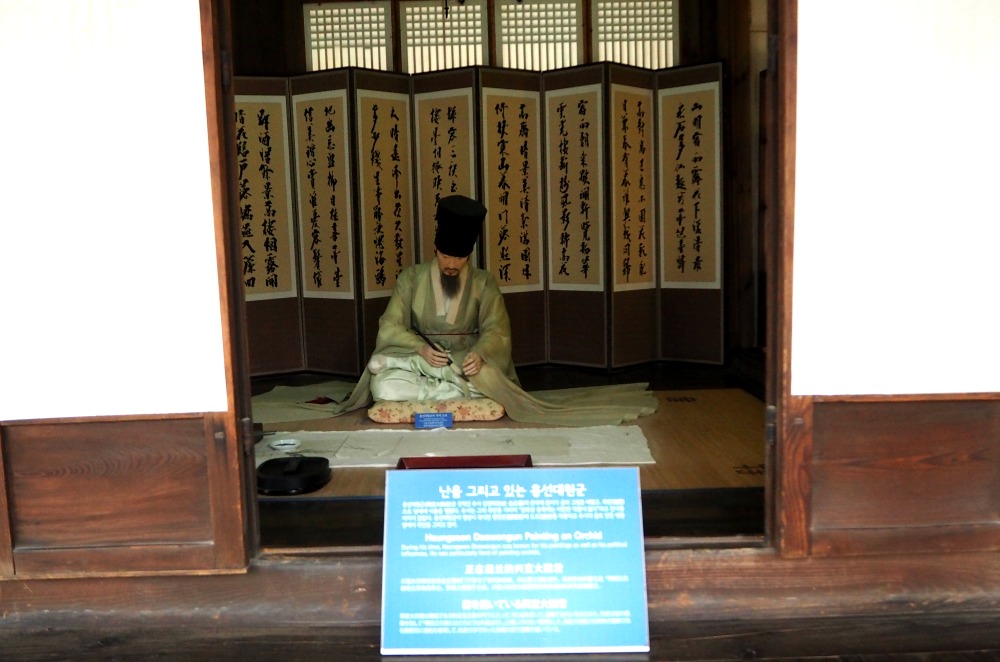 King's room where he performs his tasks

Empress Myeongseong (1851-1895)
Myeongseong lived in this palace with her royal family. She was the wife of King Gojong and the daughter of Min Chi-rok. She became a queen when she was 16 years old.

During the Japanese occupation of the country, the empress was killed by assassins in Gyeongbokgung Palace in 1895.

The Entrance to this palace is Free!

Washrooms
Washrooms are available inside the palace compound. These are located to your left after you enter the main entrance gate. They are also made with traditional ‘hanok’ style structure.

Hanbok, the Korean traditional clothing for men and women (and children), are available for use inside the palace. The clothing is based on the Joseon Dynasty’s style, and you can move around to take nice photos.

Exhibitions
There is an exhibition hall where you can see old artifacts and photos (some of which are replicas). This hall should be your last place to see according to the directions for visiting the whole palace area. 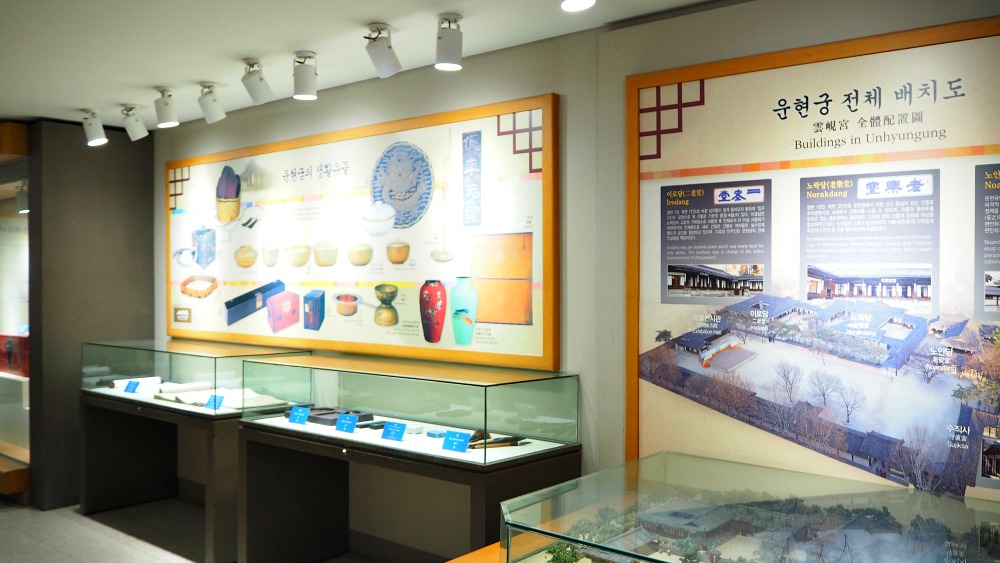 Audio Guide for a tour
You may rent an audio guide and get more detailed explanations while moving around Unheyongung Palace.

You can buy a ticket for this audio guide at the ticketing booth and submit it to the rental counter to get the apparatus.

You might be asked to provide an ID or a Passport (to make sure that you return the audio guide!)

Strollers & Wheelchairs
You don’t need to bring a stroller for your small kid when visiting the palace. They offer this service for free. Actually, since the palace site is a flat area, your little kids would have no problems roaming around—freely and safely.

Translation Service
The management of Unhyeongung Palace also offers translation service in English, Japanese, and Chinese. If you need one, you may have to pay (around USD1).

how to get there

You can get there by any means you want. But the easiest and more comfortable way is by taking a subway (Seoul Metro).

Take Subway Line 3 (Orange line) to Anguk Station, Exit #4. The palace is about 500 meters toward South.

Alternately, take Subway Line 5 (Purple line) to  Jongno 3 (sam)-ga Station. Then get out from Exit #4. The palace is about 500 meters toward the north.

The following are located close to Unhyeongung Palace and only walking distance. You may plan which ones you visit first before the others to save time and effort.

Overall, I like the place not only because it is very historically relevant but also because it is an easy and comfortable site to discover.

It would just take less than an hour to explore the area, and you will feel satisfied with your experience (for me anyway ^^). 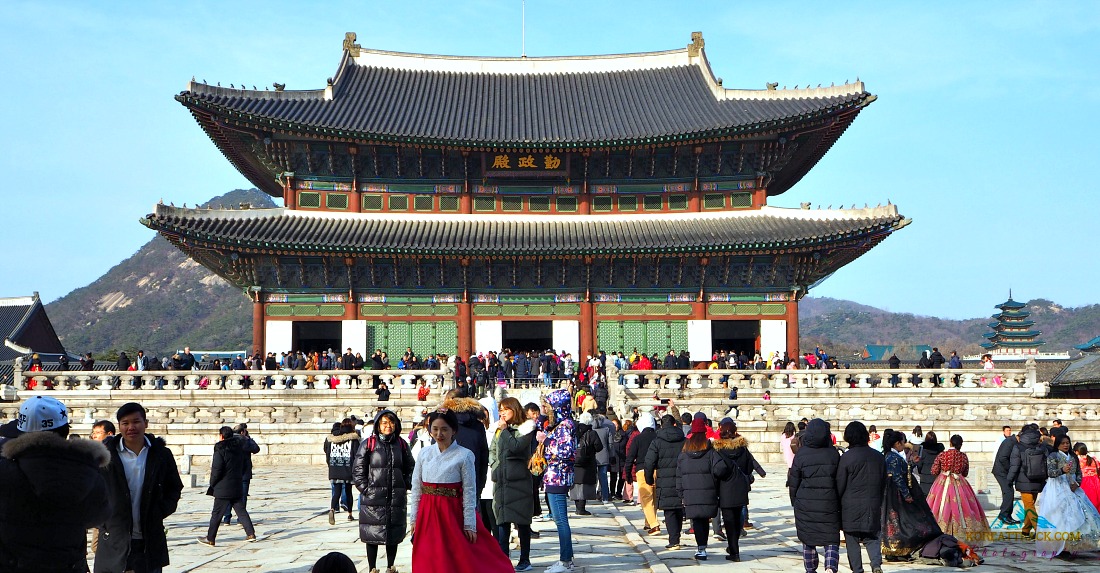 The feeling of being there and imagining how the royals lived in the past is an amazing feeling. The entrance is free, and you will get more if you are willing to pay for an audio guide, which I did not want to avail.

I recommend this site if you are in a hurry and near Gwanghwamun or Anguk area. It is suitable for a family with little kids as exploring the place is not physically demanding. It is very safe for kids and educational.

Thanks for visiting this article. Have safe travels.