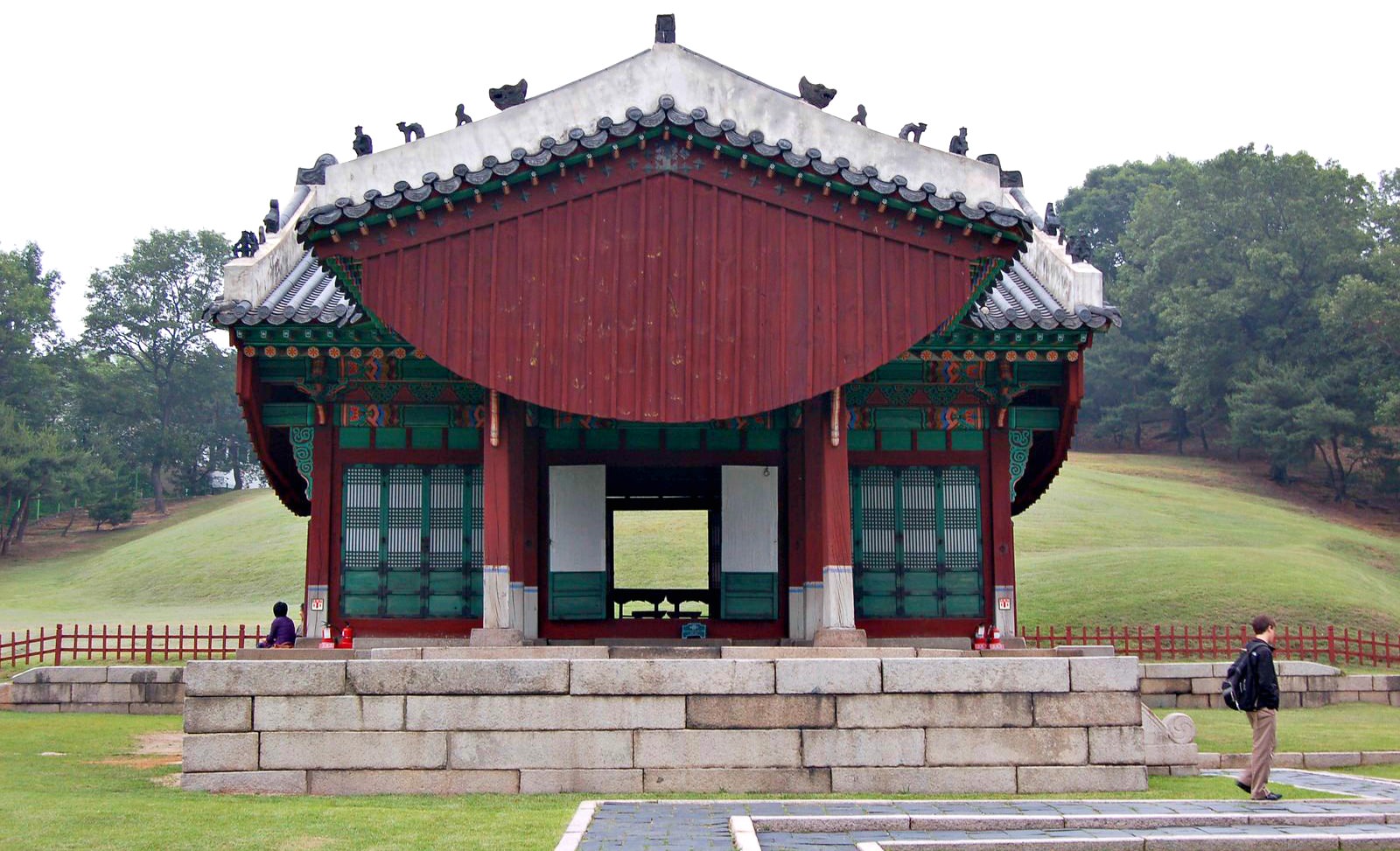 Yeonghwiwon and Sunginwon tombs are burials sites of royals but not kings, which have different names and structural designs

Yeonghwiwon and Sunginwon Tombs are burial mounds when designated for princes and accompaniments. The social hierarchy was extremely stringent throughout the Joseon Dynasty (1392-1910). That thinking has influenced the way the existing burial places are designed.

Being a meaningful part of Korean legacy, these royal tombs were designated as Historical Sites in 1991. Its designation has all the more have been attracting visitors, especially during the Fall season, when the leaves are colorful.

You will notice that the tombs for queens and kings called 'neung' are wider and more elegant. On the other hand, the burial places for princes and attendants called 'won' are less sophisticated.

The composition of the two burial places is comparable; however, Yeonghwiwon is larger than Sunginwon.

When entering the burial grounds, you will notice the red gate (the red color denoting holiness). Beyond the red gate is a sacrificial structure where the memorial rites were performed.

Behind the sacrificial structure is the royal burial place. On the eaves of the sacrificial building are stone sculptures called 'japsang,' which are carved into the shapes of animals such as monkeys and are thought to exorcise evil spirits.

There is a pavilion beside the sacrificial building where the tombstone lies. The headstone shows who was buried on the mound. The stone figures protecting the king's burial place are unforgettable.

A sacrificial structure called "jasil" is now utilized as an upkeep office and deserves checking out. The eaves, latticework, and wood floor are so well maintained that visitors can get a genuine sensation when walking through the properties.

When the leaves turn technique color, Yeonghwiwon & Sunginwon boast remarkable views in the fall. The promenades and the stonewalls of the entryway are gorgeous. Its enjoyable and peaceful atmosphere attracts all sorts of curious visitors, including families, individuals, and lovers alike.

Yeonghwiwon and Sunginwon tombs were once known as Hongneung as Queen Myeongseong, the very first spouse of King Gojong was interred here. The grave was relocated to Geumgok-dong in the city of Namyangju in 1919, following the death of King Gojong.

Since then, the site has been called Yeonghwiwon and Sunginwon. Apart from its historical significance, the plant and stunning surroundings here have always attracted curious visitors and sightseers.

Public transports in Seoul offers you comfortable and easy access to get there. Buses, Seoul Metro, and taxis would be your choices.

By Subway
Take Seoul Subway Line 6 and get off at Korea University Station, and then head to Exit 3. Walk for a few meters to find the tombs.

Thanks for reading this article. See you again soon here!