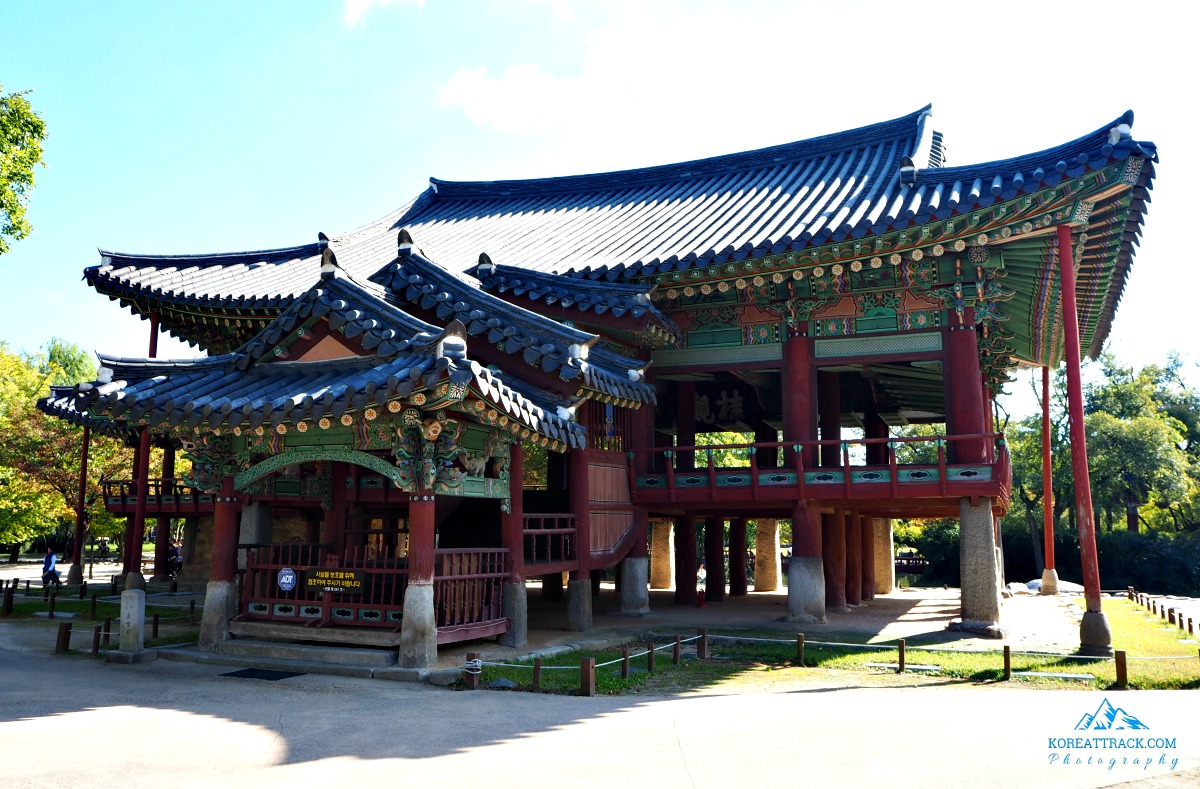 Frontal side view of the Pavilion

Gwanghallu has initially been called the Gwangtongnu, which was built by Hwang Hui, a famous early Joseon statesman exiled in this very place.

It was during the 26th year of King Sejong's reign (1444) when this pavilion was renamed with Gwanghallu by Jeong In-Ji. Jeong thought that this pavilion resembles the moon palace Gwanghan Cheongheobu. 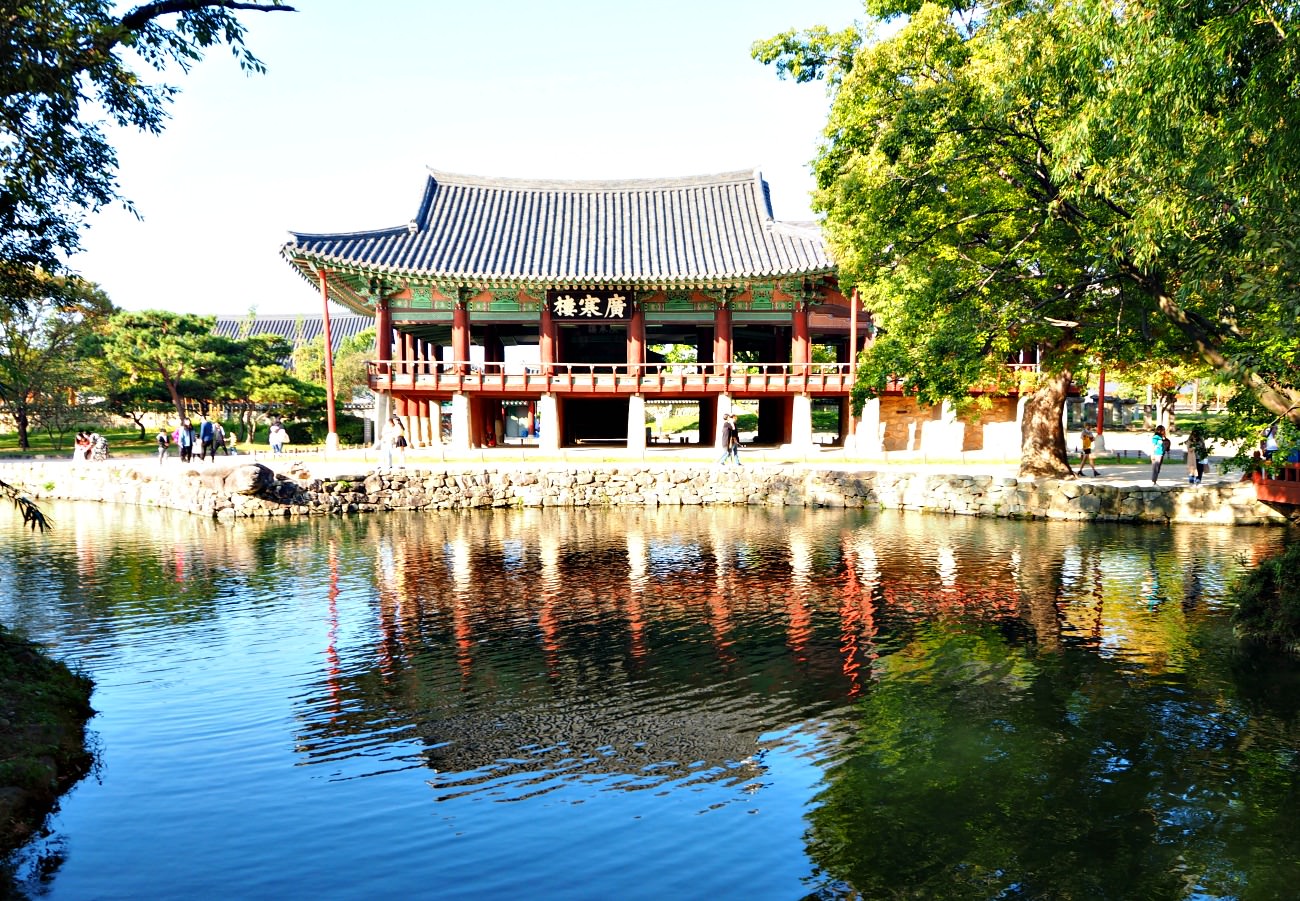 Backview of the pavilion with its reflection on the lake

The original Gwanghallu Pavilion was burnt to ashes in 1597 by Toyotomi Hideyoshi. This happened during the second invasion by the Japanese force against the Korean troops.

The present Gwanghallu structure was built in 1626 during the 4th year of King Injo's reign.

Notice the stairs at the north center of the building. That was an addition by King Gojong to support the structure that started to tilt during his reign in the Joseon period. 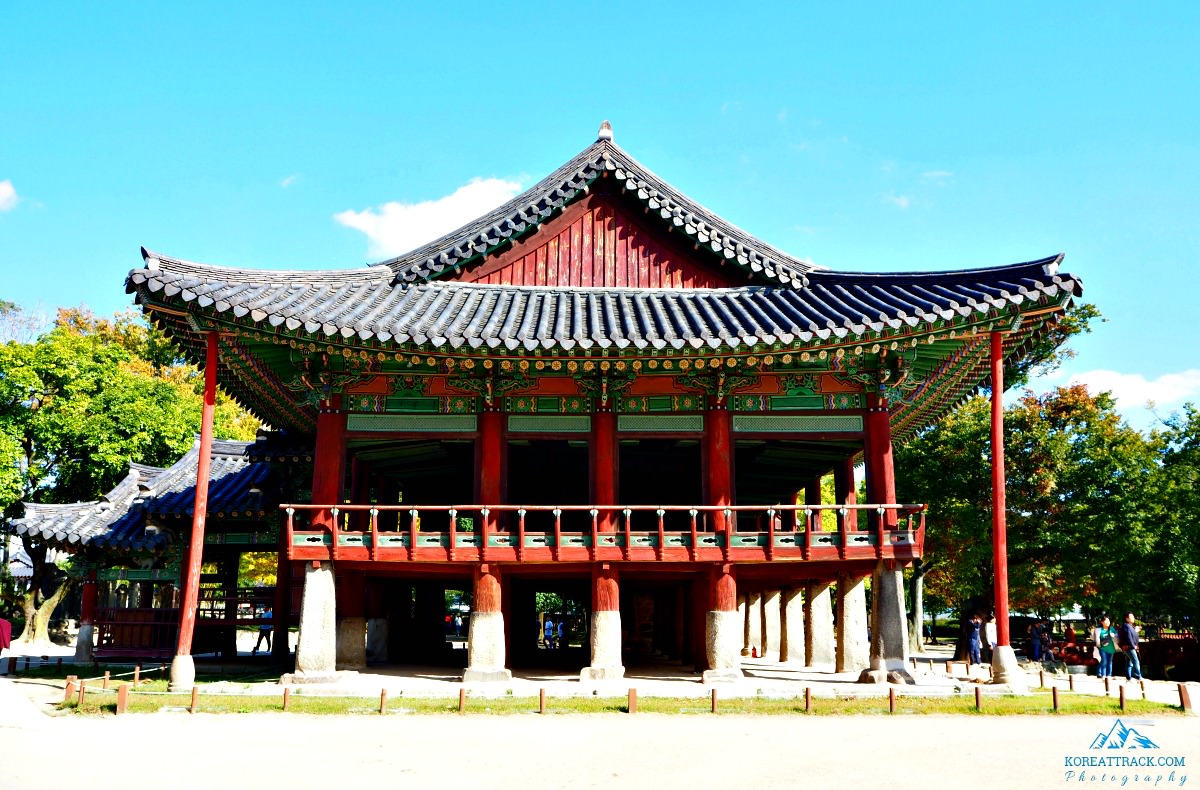 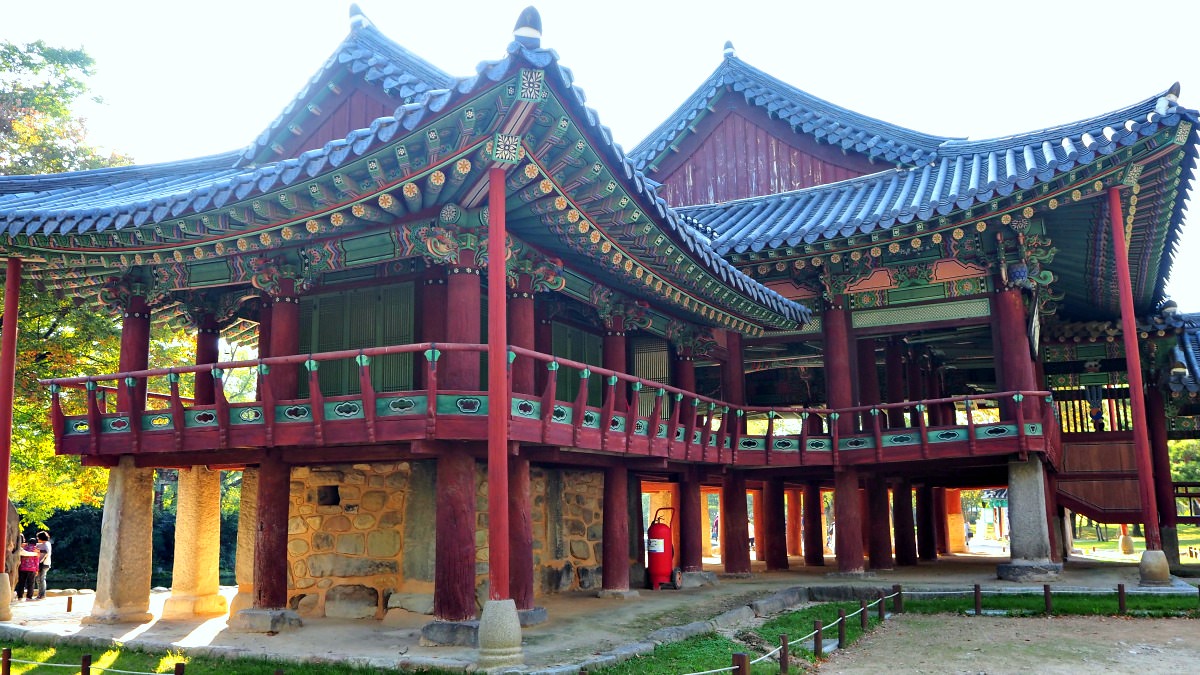 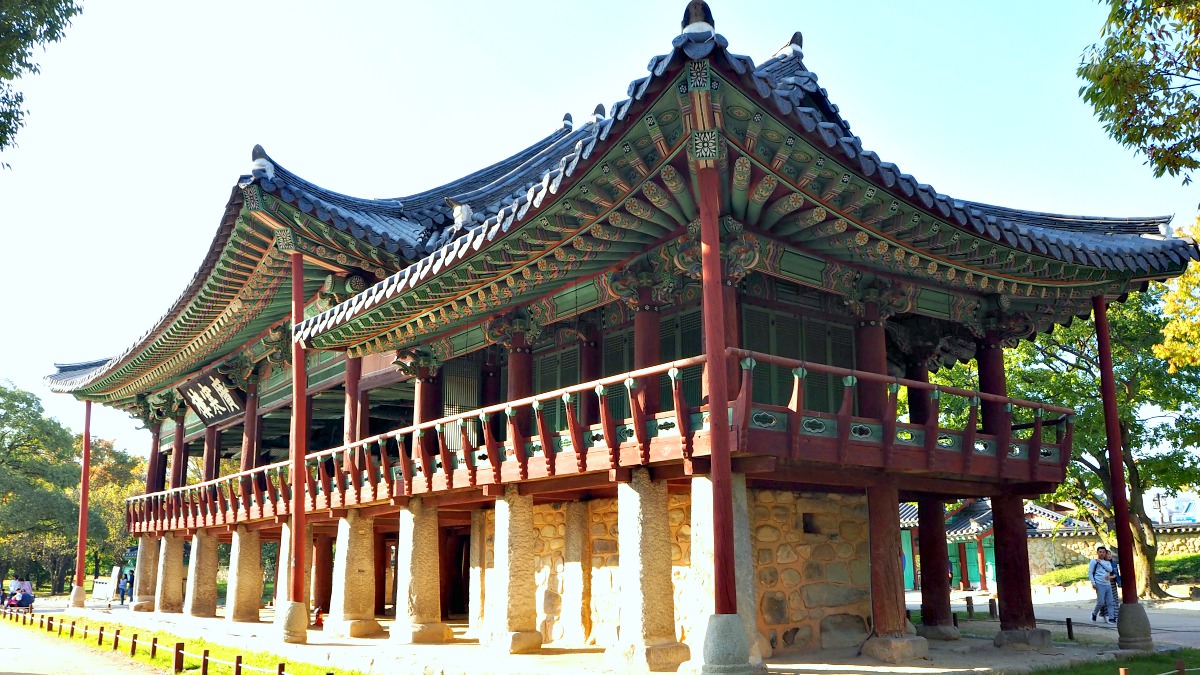 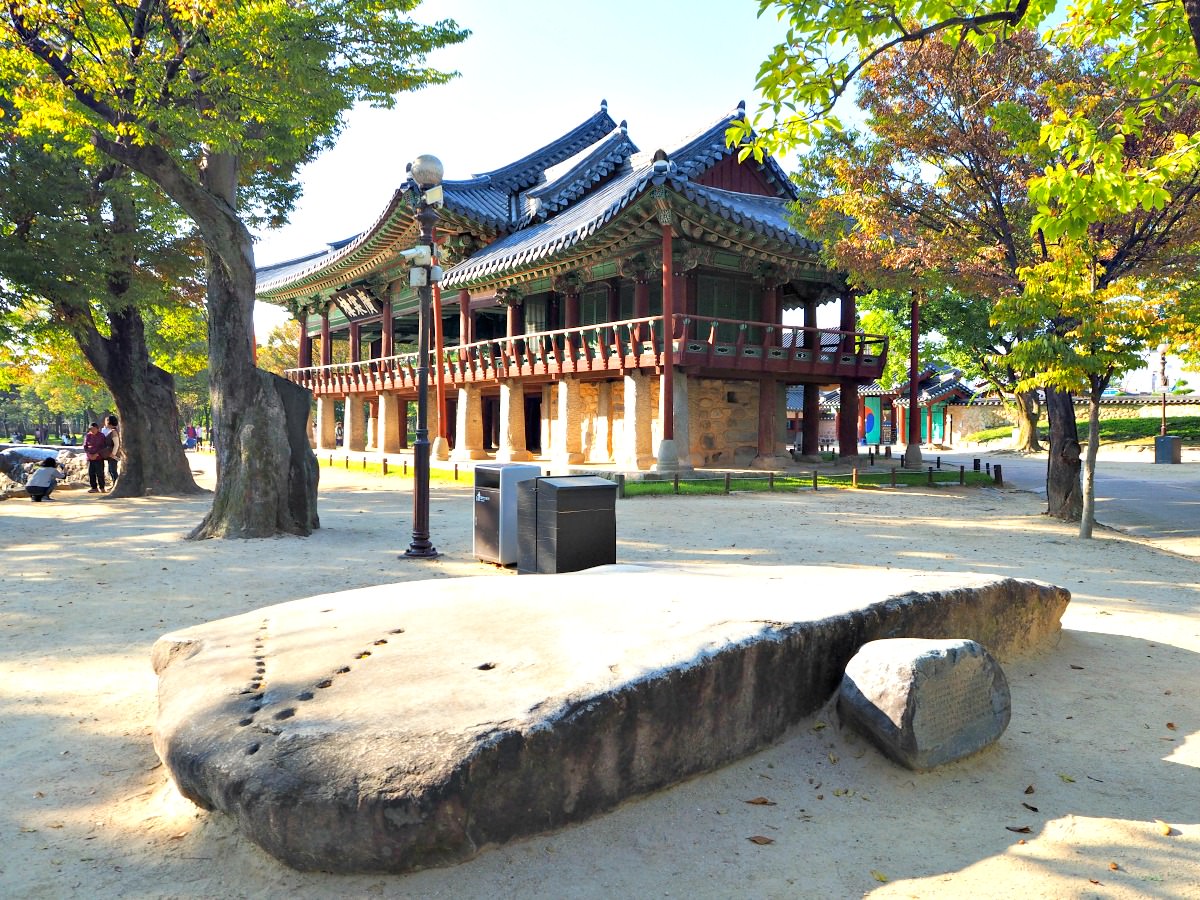 Jeong Cheol, a great poet and Confucian statesman, built a stone bridge in 1582 during the reign of King Seonjo.

Jeong built it in front of the Gwanghallu Pavilion and called the bridge Ojakgyo, which means "Crow and Magpie Bridge" with a semi-lunar arch.

Story Behind The Bridge
Legends say that Ojakyo Bridge was created above the Milky Way by crows and magpies. The purpose was to let Gyeonu and Jingnyeo reunite once a year. The two lovers turned into stars.

Gyeonu and Jingnyeo are known as Altair and Vega, respectively, in the West. It is said that if you cross this bridge, your dream love will come true, just like what happened to Chunhyang and Yi Mong-ryong.

The water that flows below the bridge towards Jirisan Valley symbolizes the Milky Way. I think that if seen from above, this is how the water looks like. 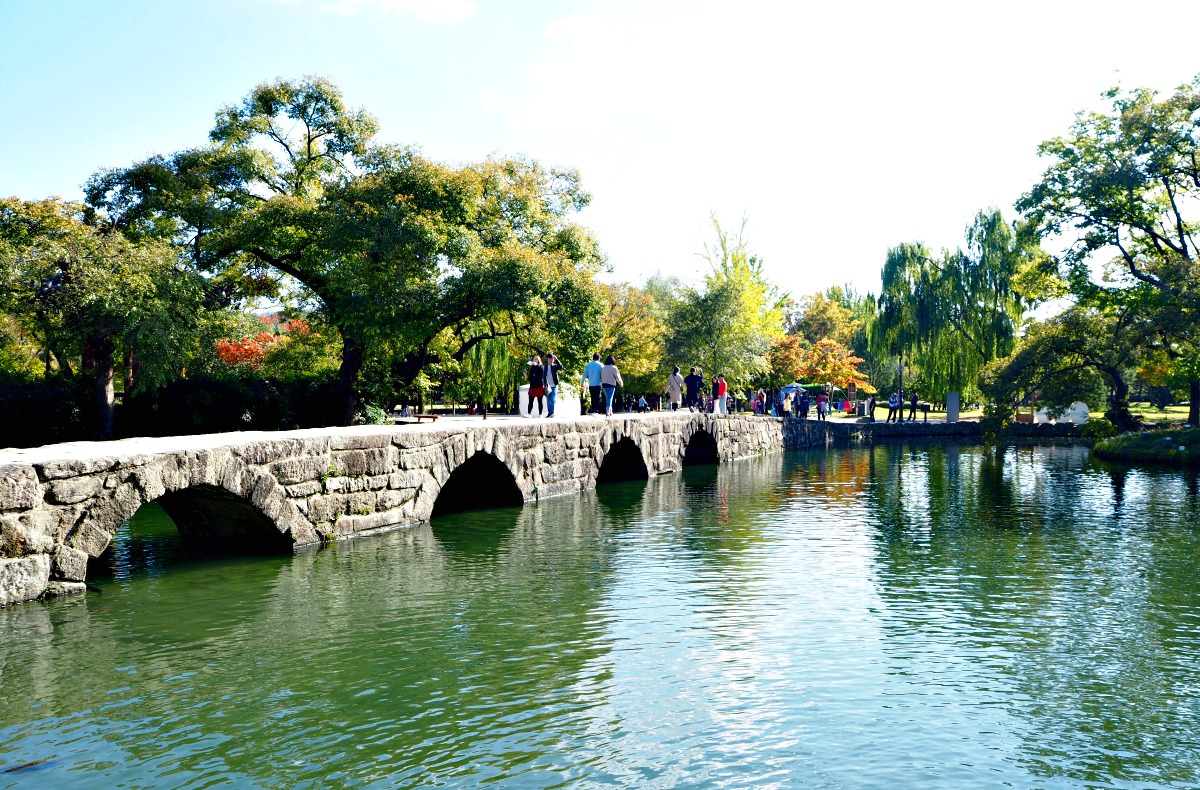 The Pond
The Fish
The Old Trees

It is pretty easy to get to Namwon City and explore the famous Gwanghallu Pavilion. It takes around four hours by bus or less by speed train from Seoul.

Take a train or bus from Seoul and get off at Nanwon Station or Namwon Express Bus Terminal. Then you can walk to Gwanghallu from the express bus terminal (around 30 minutes), take a taxi or city bus.