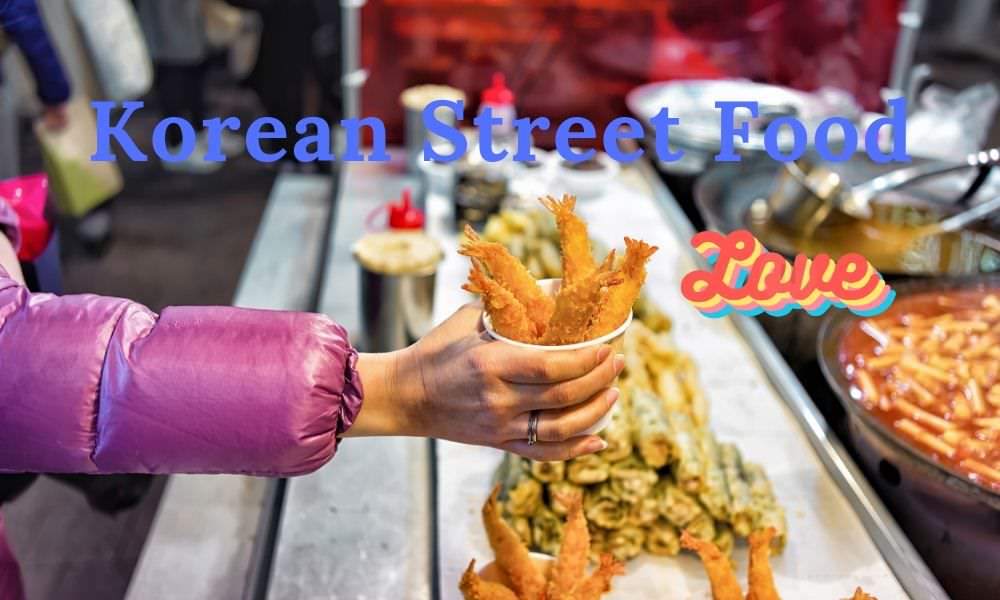 South Korean Street Food is one of the lenses through which you can enjoy Korean culture, among others.

Around the world, this phenomenon is not a recent piece of any development but something cultural. It is evolving and based fundamentally from the past.

Yes, street food in Korea is one of the fascinating cultural features you can immediately get excited. It is not only cheap but the colorful sight you will see in particular corners.

Based on history, Korean street food is not something that is made up of recent development or present popular culture.

Most of them, although tastes and additional ingredients came into play, is based on the traditional Korean food that most Koreans cannot live without. 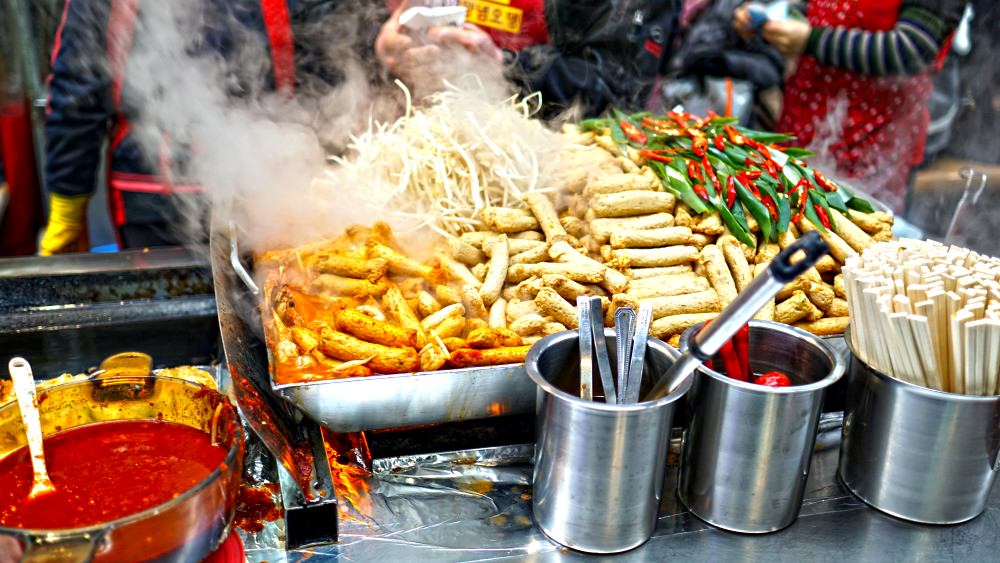 Where is a good question if you want to explore such places and try them. Good news is that they are not difficult to find (you know!).

Although the Korean street food is everywhere, you will have more choices of tasty and colorful ones when you are at the right and famous places.

Head to the touristy and other popular destinations in Seoul area and other cities in the country.

Specifically, in Seoul, you can head to... 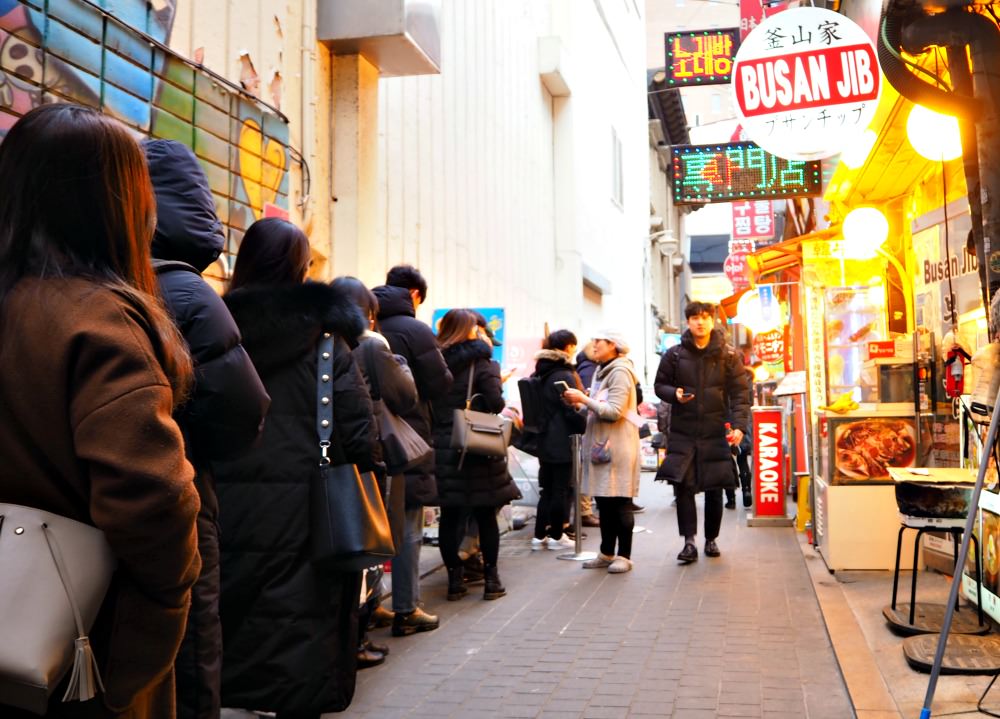 During night time, however, the number and kind of menu increases. Although most of the 'day time' menu is still available, more and more substantial types of menu appear.

The most essential and defining element at the Korean street food during evening or night time is the alcohol--especially 'Sujo' and beer.

Yes, probably that's because alcohol is not allowed or not practical to be consumed during the day time.

You can see most of these evening street food sights in night markets, including Hangang Park (Han River area), Jongno Street, Dongdaemun, Namdaemun, and others.

The Pojangmacha(s) are cheaper and favorite places for men (some women) who are basically (not all) middle-aged or older. They head for pojangmachas to treat or simply enjoy with friends and colleagues.

Of course, I have been there and done that! It's a different world and sometimes feels homey as it feels traditional and sort of an escape from the modern world environment!

The Korean street foods are mostly being served via movable carts or temporary structure that can support cooking space, a limited serving space, and plastic chairs.

Korean street food and other forms of street vending began since the Joseon Dynasty period. Of course, you can always take its basis that all cultures do street or road peddling as a form of goods exchange.

Similarly, street vendors in Korea started to take form as their method of living in the low-income level of the local markets.

After the Korean War in the mid-1950s, street vending began to increase serving locals and even the American soldiers.

TRIVIA: It was during World War II that the famous 'Budaejjigae' (Korean military food) was born. It is now a popular and essential dish being served in many Korean restaurants. Its main ingredients include ham, sausage, noodles, kimchi.

As South Korea was struggling economically due to the devastation and poverty brought about by the war, the street foods provide locals and low-income citizens with affordable meals.

The hot (steamed, spicy, etc.) are usually sold during the colder or Winter season. But you can also buy them all-year-round.

Ice-creams are the new street food you can buy during the summer season but not quite ordinary. They are usually purchased and consume d inside a shop or bought from a convenience store to be consumed while strolling.

Nowadays, Korean street food has moved more steps higher by becoming internationalized to accommodate not only locals but international travelers.

Most of these traditional but somewhat mixed flavored street foods are available in popular places such as Myeongdong, Itaewon, Hongdae, Busan, and others.

Some foods include chicken skewers, fried sweet potato skewer, chicken barbecue and skewer, and other not-so-spicy food to accommodate visitors who are not used to hot food yet!

Although the 'Pojangmacha' (or the "covered wagon") still exists, other forms of street food started to emerge. Recently, you can buy various street food through "Food Trucks" in diverse but specific places.

In comparison to the Pojangmacha (which is somewhat branded as "illegal"), the food truck is considered legal as the governments have just approved them (after sometime).

Food trucks can be seen in specific places such as parks, cultural art spaces, and near museum places. Many of these are accessible in the Dongdaemun Design Plaza shopping complex.

By the way, the food trucks I have seen do sell not only Korean street food but also other cultures' popular street food such as Churros, Tacos, burgers, among many.

Also, at some specified places, alcoholic beverages, spirits, and hard drinks are being sold by these trucks approved and permitted by law.

Korean street food is just one of the places and features of Korean culture that you can explore and enjoy.

I am sure that you also want to try in site more 'real' Korean food in many places. Hope you will find what you are dying to try and enjoy them thoroughly.

Thanks for reading this article. If you want to add or comment, please do so below, or email me if you wish.

Have safe and enjoyable travels!