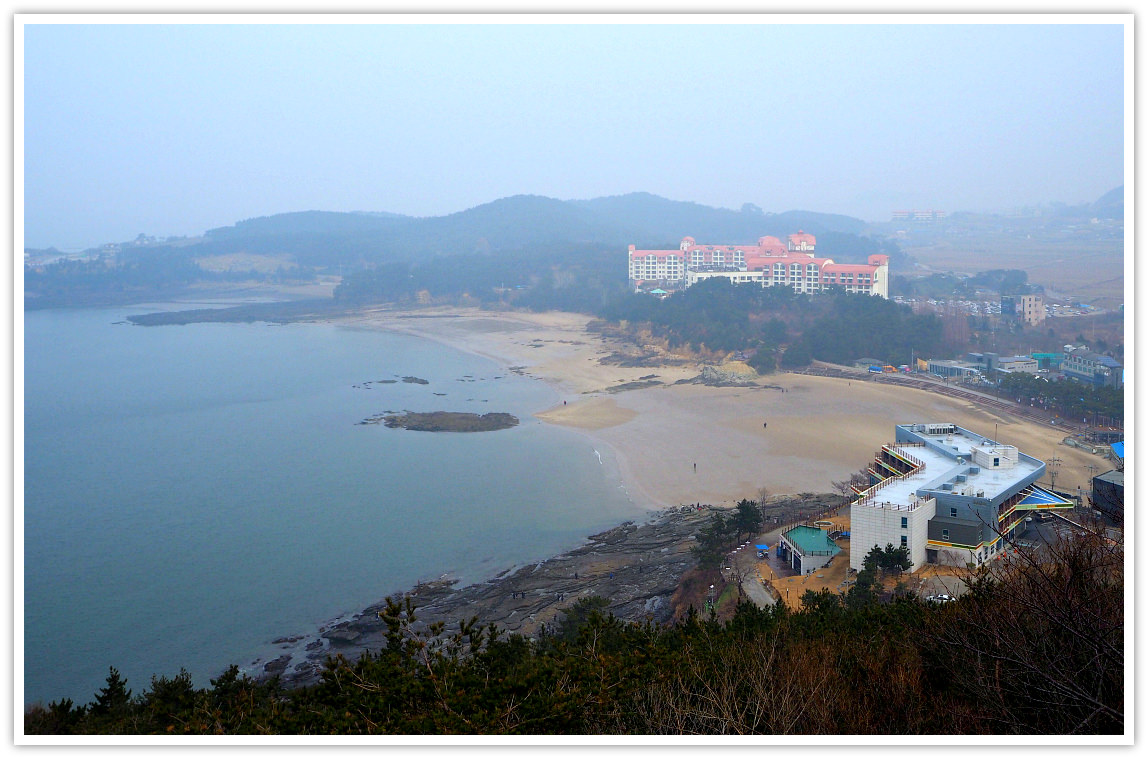 Naeso-sa Temple
Naesosa is an ancient temple area located in a strategic and beautiful corner of Byeonsanbando National Park.

The temple was initially built in AD 633. The last renovation was done on the 19th, which you can see through the fading colors of the main temple.

You will experience different views and feelings, depending on the season. I was there during autumn. The colorful leaves were marvelous! 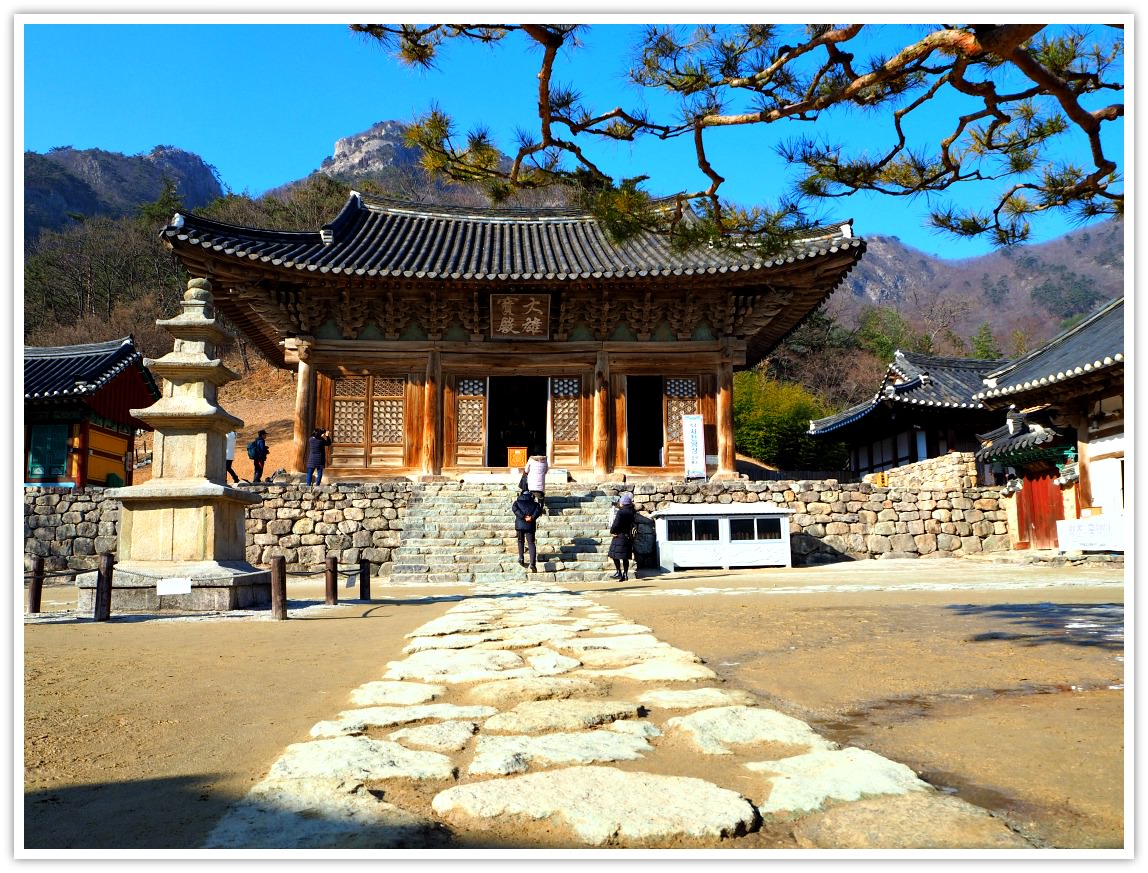 It is a medium-sized waterfall and surrounded by rocky cliffs, forest, and granite rocks and boulders with varied shapes and sizes. 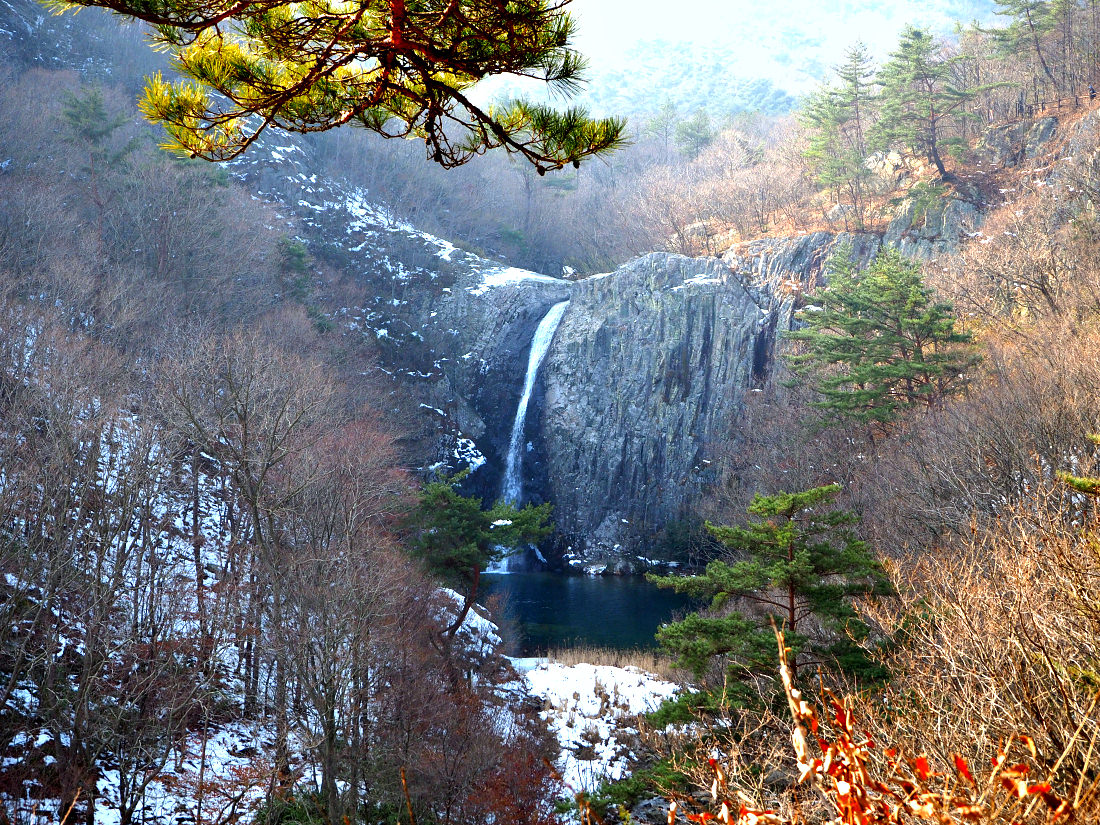 Samseon Bridge
Samseon Bridge is a top choice among travelers in Daedunsan Provincial Park.
It is only 36 meters long. But if you are not used to walking on hanging bridges, you would feel it is much longer when you reach the middle part. Exciting and could be an adrenaline-pumping experience!

Seonun-sa Temple
Seonunsa Temple is finely located in Seonunsan Provincial Park. This zen temple was established in 577. It was rebuilt in 1720 and has undergone renovations until its present state.

Its 500-year-old camellia forest is famous, especially during the blooming season in April.

Tap-sa Temple
Tapsa nestles by the mountainside of Maisan Provincial Park. Tapsa is famous for its garden of 80 sculpted stone tower or pinnacles. The pinnacles are believed to have been piled up by Yi Kapmyong (1860-1957), a Buddhist mystic.

Jaman Village, Jeonju City
It is a great place to stroll around and see the eclectic and colorful murals of the shantytown's walls. Jaman Village overlooks Jeonju Hanok Maeul and with new sights of the surroundings. Come, relax and enjoy at their galleries, cafes, and shops.

Moaksan Provincial Park
Moaksan Park is famous for hikers during weekends. The peak is almost 800 meters high. In the park, you can explore the old Geumsan Temple, which was first established in AD 599.

Gyeonggijeon
Gyeonggijeon is a historic building in Jeonju. It is a palace that houses shrines, guardrooms, and other relics related to Confucian rituals. You can still see old portraits, among them, is Yi Seong-gye, the founder of the Joseon Dynasty (1392-1910).

Naejang-sa
Naejangsa Temple nestles in the famous Naejangsan National Park. It is a Buddhist temple that was originally built in AD 636. Although most of the present structures are reconstructions of the originals, you can still feel and enjoy its blissfulness!

Moyang Fortress, Gochang
It is a mountain fortress (1453) that encircles a complex of rebuilt structures. It is worth hiking around its fantastic views.

Deokjin Park in Jeonju
It is a pond park that has paddle boating activity services. Its water lilies in July are adorable.

Bridge in Daedunsan Provincial Park: Geumgang Bridge
Geumgang Bridge is a 50-meter suspension bridge that stretches between two rocks. It is suspended about 80 meters above the ravine below it. A cable car station is accessible nearby.

Naejangsan Observation Deck
A 300m walk from the top of the cable car in Naejangsan National Park, this pavilion offers stunning views over the surrounding peaks.

Yeomyeong Camera Museum
About 400 vintage cameras are on display in this small but worthwhile museum, along with projectors and black-and-white images.

Jeoksangsan-seong
Jeoksangsanseong is a fortress built during the Goryeo Dynasty in 918-1392 in Muju. This fortress served as protection from the attacks of foreign invaders.

Buddha Rock Carving
This Buddha carving dates back to the Goryeo Dynasty period in Seonunsan Provincial Park. The rock carving is sculpted into the cliff and is about 15 meters high. Among other religious features, you can find a narrow grotto nearby.

Gochang Dolmen Site
There are mysterious 440 dolmens, prehistoric tombs, and other items that date back to the Bronze and Iron ages. These ancient archaeological Gochang treasures are now enlisted at UNESCO heritage.

Pungnam-mun (Gate)
Pungnam-mun Gate is a stone and wood gateway of Jeonju's fortress. It is the only remaining gate that was first built in 1398 but renovated many times. It is a landmark in Jeonju.

Cheongyeonru Gazebo
It is a picnic area by the river in Jeonju.

Jeondong Catholic Church
It is a famous landmark located around the hanok village. It is a red-brick building built by French missionary Xavier Baudounet. Nearby the church, the Korean Catholics were martyred.

Jeonju Hanji Museum
Jeonju Museum in Jeonju houses the history and processes involved in making the traditional Korean paper called 'hanji.' Besides, it also exhibits amazing things that can be created out of hanji.

Anguk-sa Temple
Anguksa was first established in 1227 in Muju. It houses the secret Joseon Dynasty archive known as Sagak. The documents were protected by monk soldiers who lived at this temple. 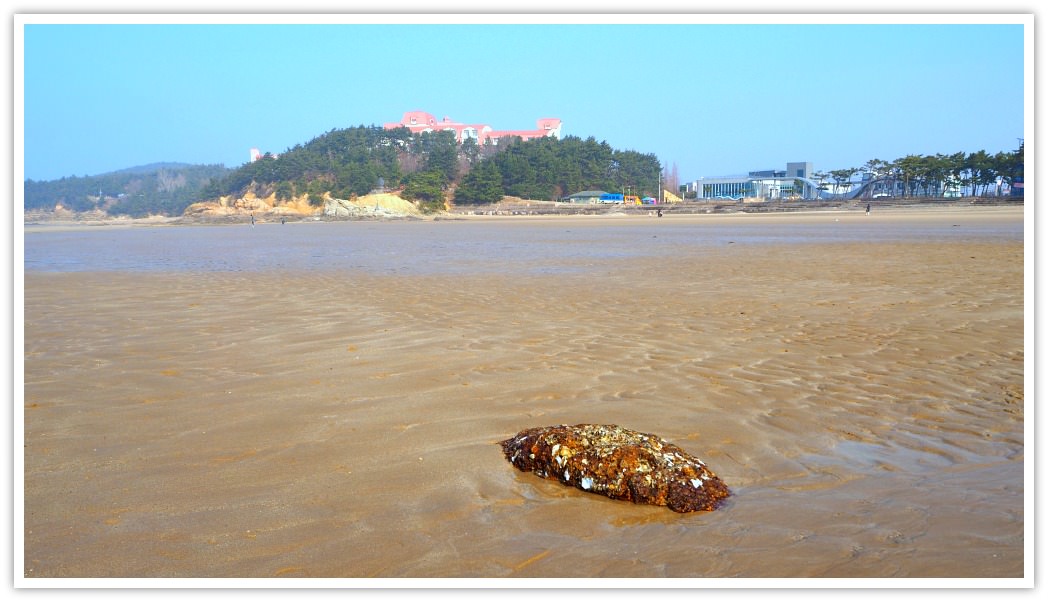 Jeonju Hyanggyo
Jeonju Hyanggyo is a historic building where neighborhood schools were established by the Korean aristocrats called 'yangbans.' The schools were built to prepare their sons for the Confucian academy to take the government civil service exams.

Byeonsan Beach
Byeonsan Beach is one of the famous beaches in Byeonsanbando National Park. I have set foot at its two-kilometer long sandy beach with fir trees in the background.

Unsu-sa
Unsusa is a temple in Maisan Provincial Park that has a shrine of Dangun (first Korean according to the legend). A century-old pear tree, beautiful garden, and fantastic views are waiting for visitors to come by.

Martyrs' Mountain
This mountain is a cemetery for the Catholic martyrs who were executed in 1781 and 1801. You can hike the hillside with burial sites and 13 crosses.

Traditional Wine Museum
This wine museum in Jeonju exhibits facilities that are being used to make the traditional liquors.

Dosol-am Hermitage
Dosolam Hermitage is about 30 minutes by foot from Seonunsa Temple in Seonunsa Provincial Park. You can praise the giant rock Buddha carved during the Goryeo Dynasty period.

Gochang Pansori Museum
At this museum, one can see the memorabilia of the Korean opera musical known as 'pansori. It is located close to Moyang Fortress of Gochang.

Baengnyeon-sa
Baengnyeonsa Temple is a famous Buddhist temple in Muju. It houses a stone Buddha statue believed to be created in the late Joseon Dynasty period.

Imok-dae
Imokdae is a historic monument in Jeonju that serves to commemorate Yi Seonggye, the founder of the Joseon Dynasty.

Wolhatan Waterfall
A waterfall in Muju Town pouring over a series of large boulders.

Jeollabukdo travel attractions is a living page, and so it will keep growing and updated from time to time. The sites and structures mentioned above will be described in detail every time the writer visits each of them.

Thanks for reading this far. I hope that you keep monitoring this page to find the latest updates, including photos and stories based on the experiences of the author.

Enjoy your day, and have safe travels always!