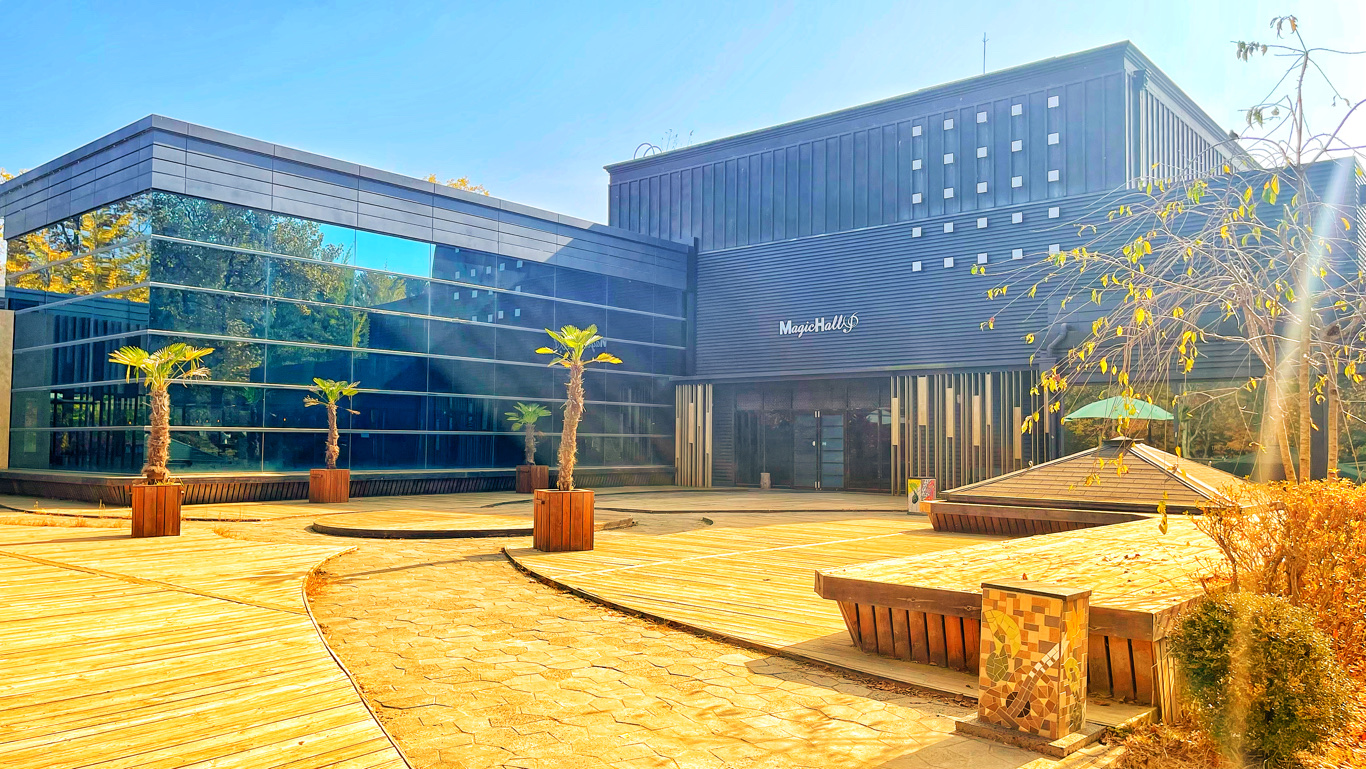 I remember that I was excited to explore various musical instruments inside the museum due to their respective unique designs, shapes, and composition of materials.

As I look at them, my mind travels to their respective countries and imagines how their talented players are playing them.

At Liuseum, you will see these instruments collected by Liu Hong-jun, a gifted composer and performer whose achievements include the score of the film The Last Emperor.

Liu Hong-jun decided to donate his collection of ethnic instruments to his close friend, Kang Woo-hyon, the chief executive officer of Nami Island.

Aside from his collection, Liuseum also hosts several exhibitions and performances for the public and visitors of the island.

Nami Island Liuseum forms part of Song Museum. It is composed of multiple cultural spaces, such as Swing and Hoban galleries, Magic Hall theater, and a cafe that hosts various popular performances, such as the Sun and Moon.

In the same building, you can find the World Ethnic Music Research Institute and a recording studio where you can record yourself singing your song on the second floor. 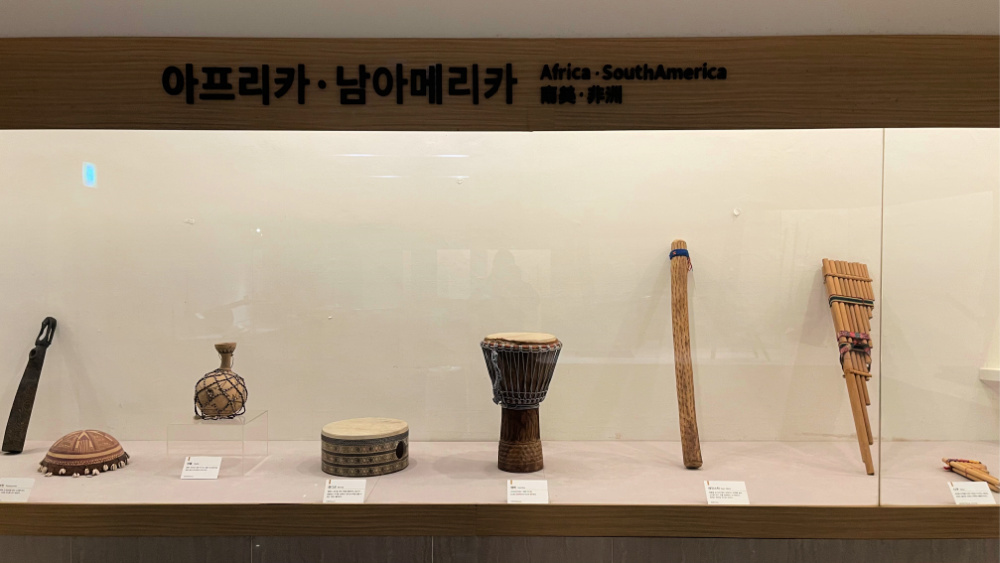 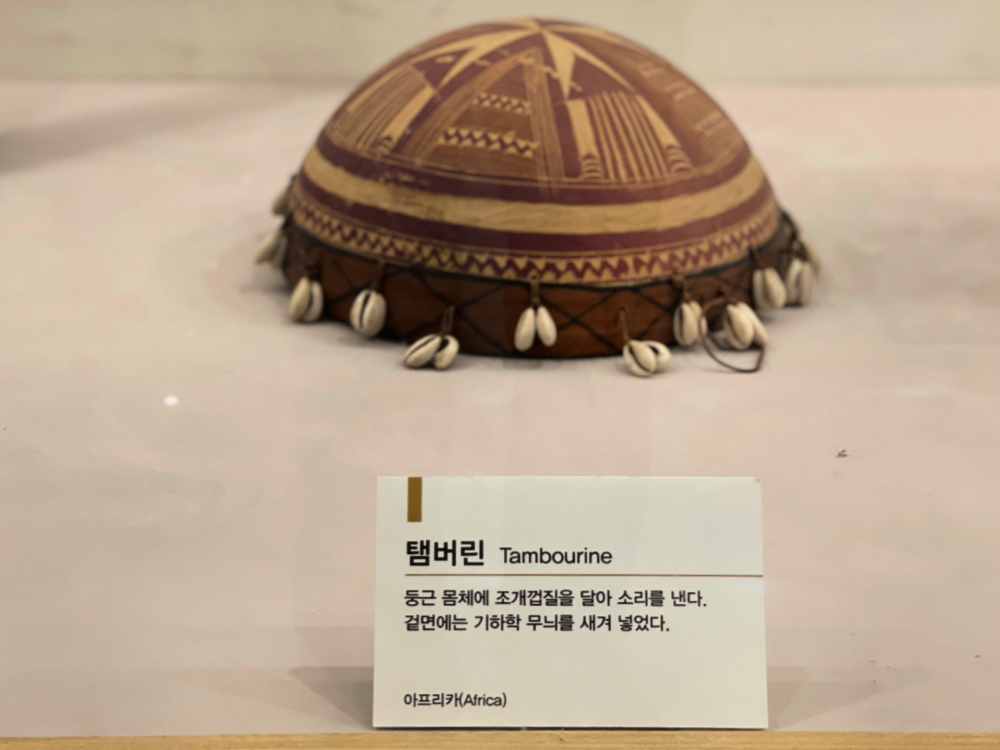 A 'tambourine' of Africa 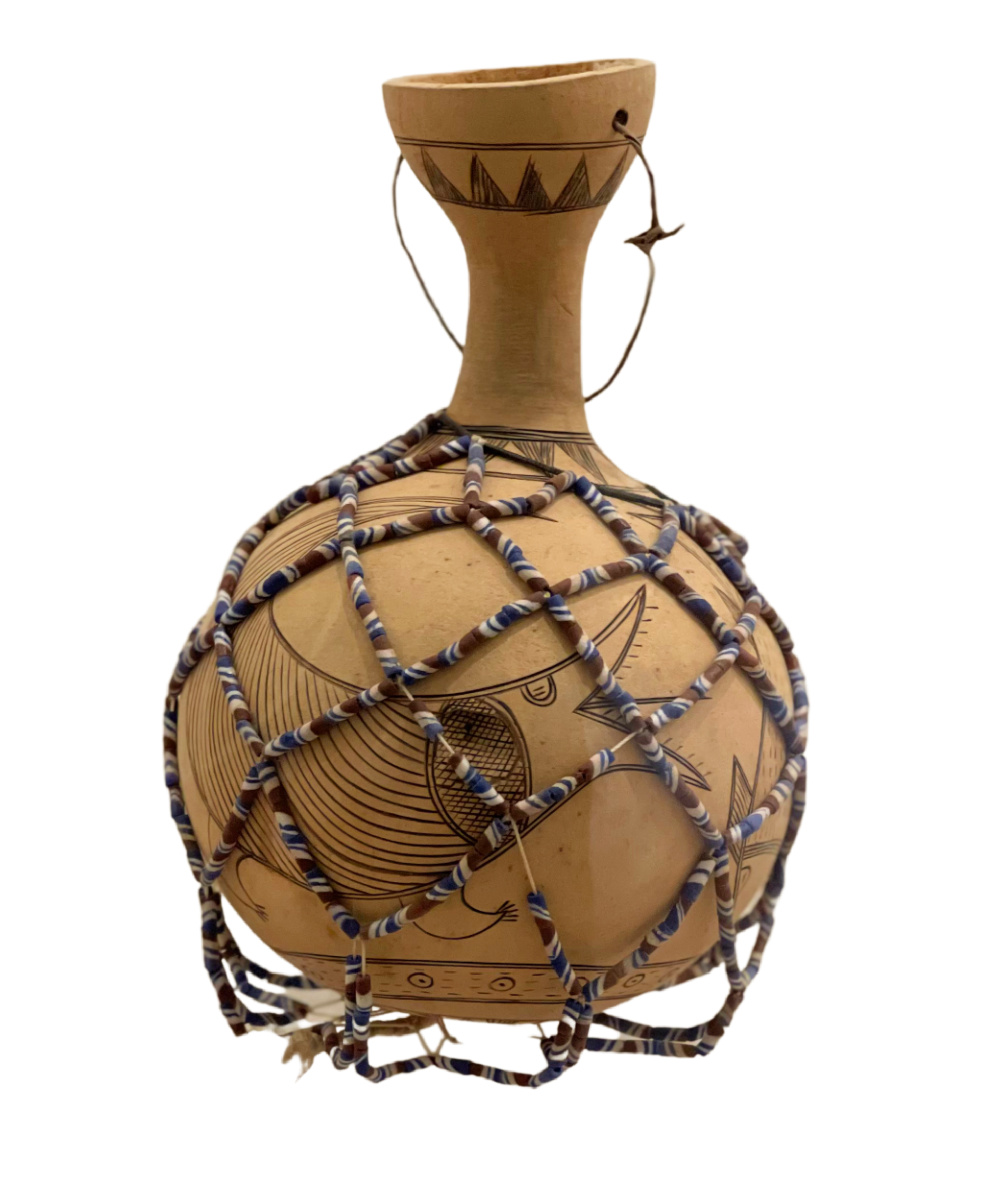 Rattle is a musical instrument from Africa 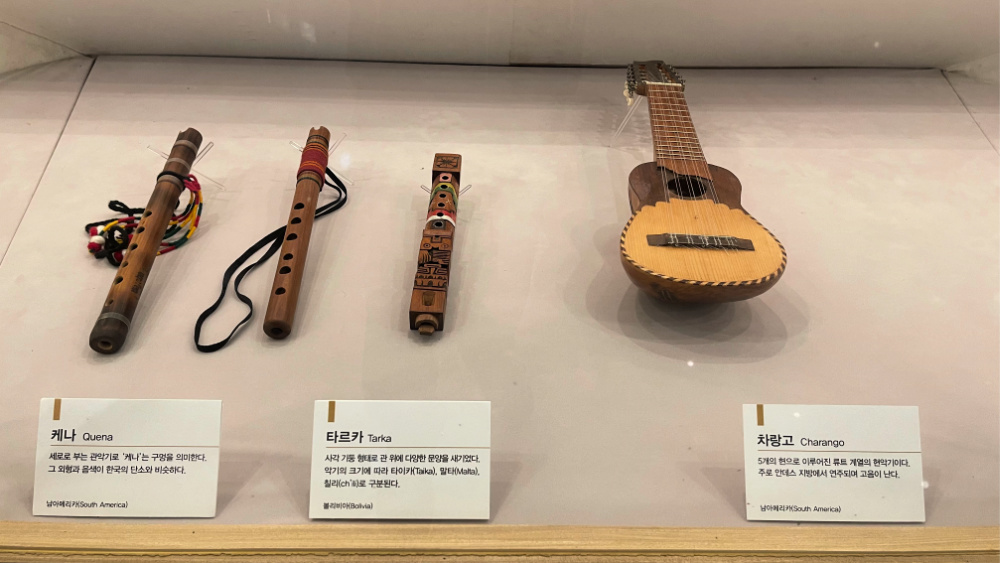 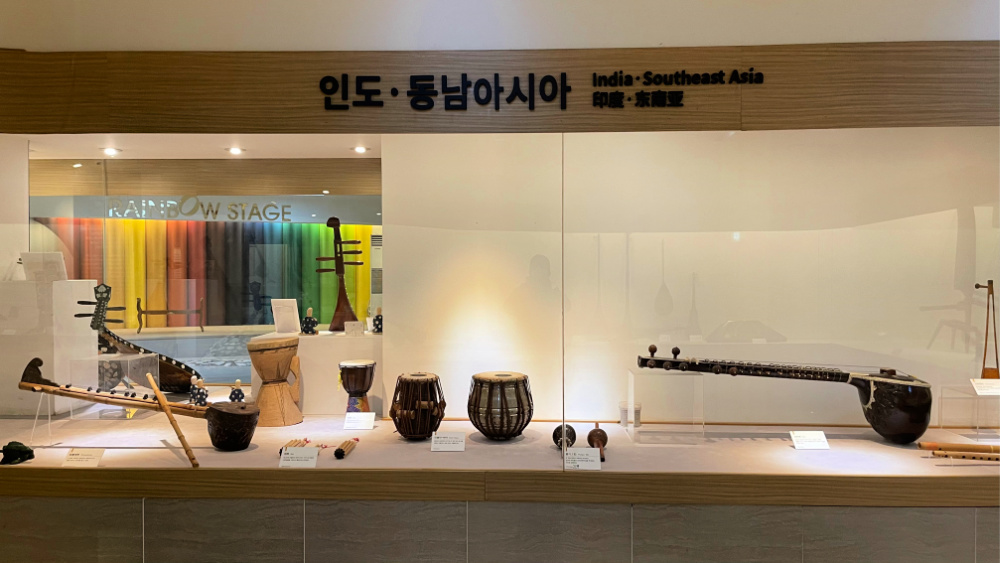 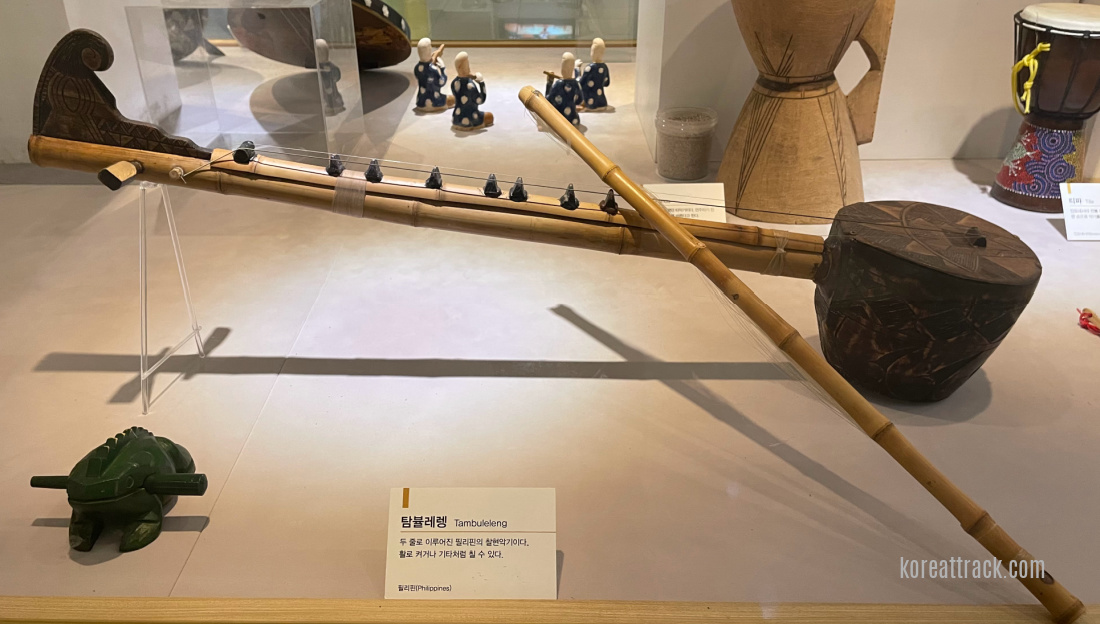 'Tambuleleng' is an ethnic stringed musical instrument of the Philippines 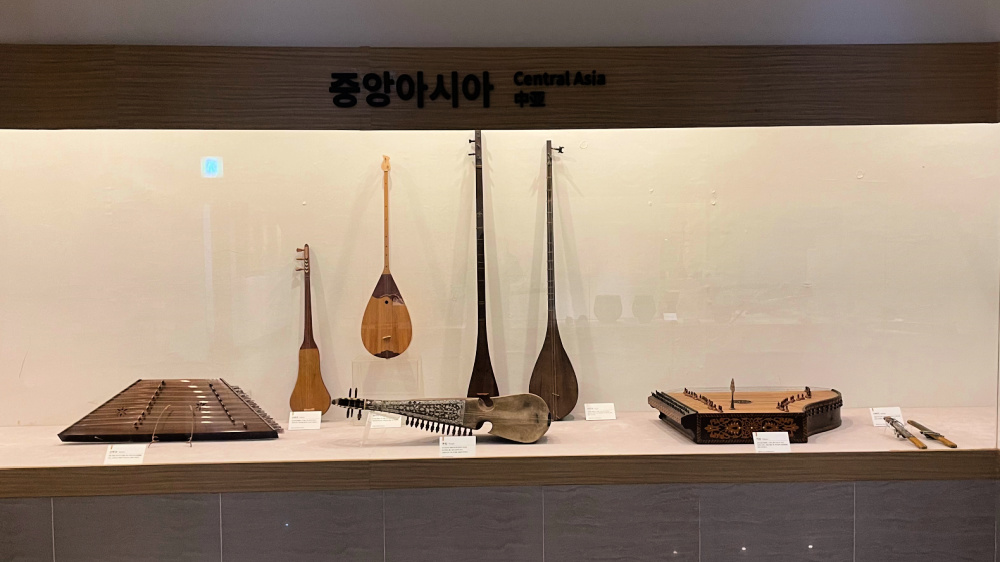 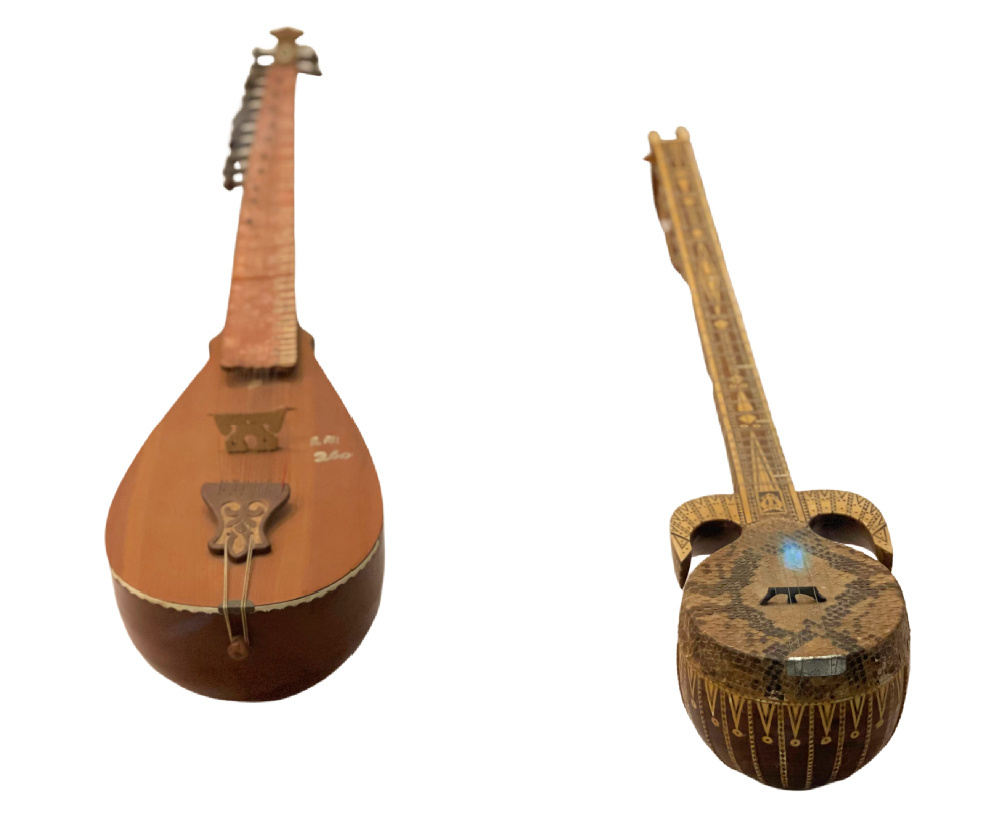 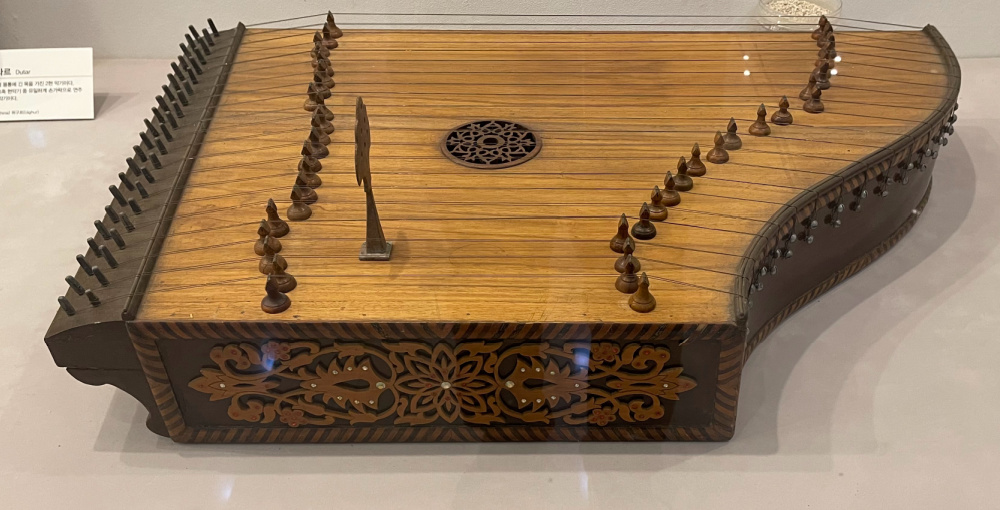 'Kanun' is a stringed musical instrument of the Uighurs 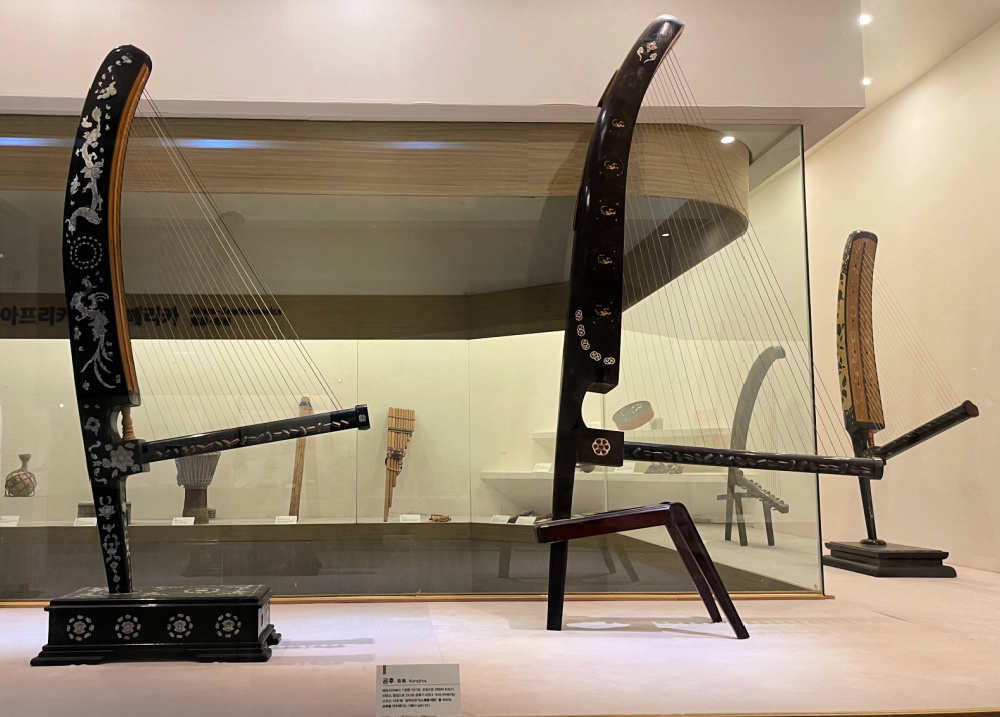 'Konghou' can be found in China, Japan, and Korea 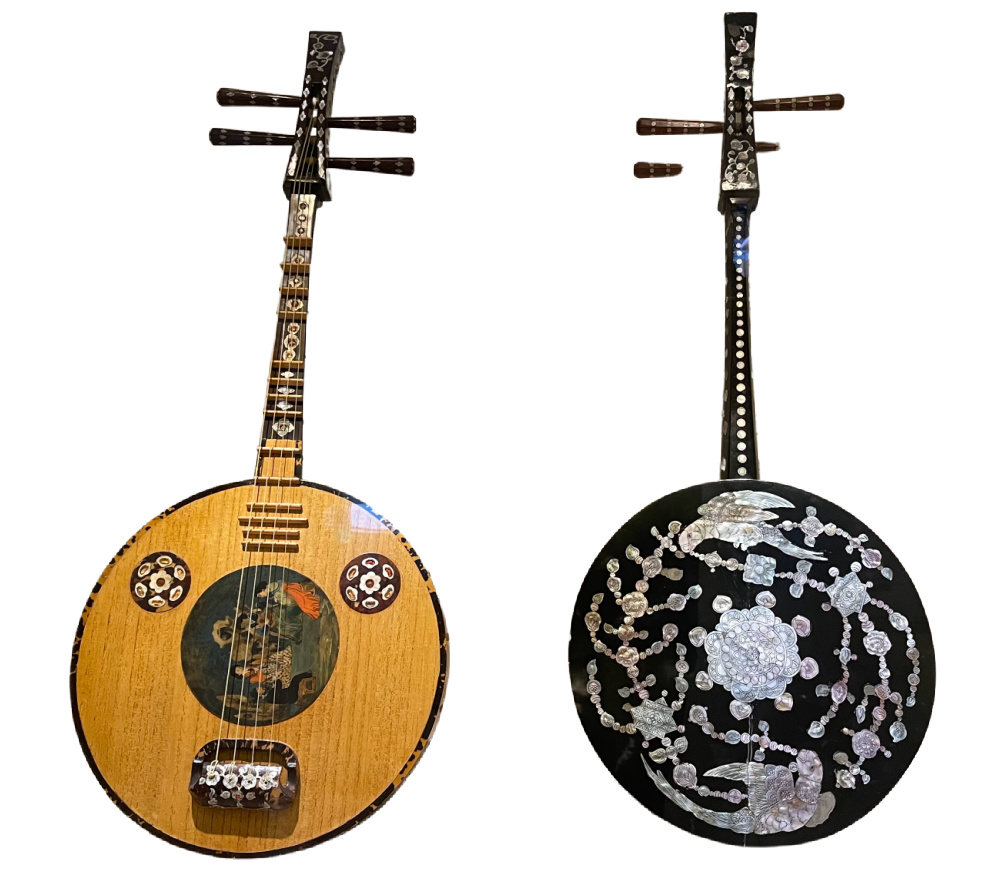 'Bipa' instruments are quite common in China

Liuseum, as you might have noticed already, is a play of combined two 'words' - Liu and 'seum' - his family name 'Liu' plus the second syllable for museum "seum."

Anyway, according to my source, Liu Hong-jun was originally born in China. Becoming an expert on various musical instruments, he performed as the head flutist in the National Orchestra of China.

Beginning in 1980, he began to be recognized and famed as a traditional flutist and an ethnic music composer in Japan.

If you don't know yet, Liu composed some portions of the score for "The Last Emperor" and "The Silk Road."

During his stay on Nami Island, he enjoyed recording nature's sounds, such as the birds and frogs, and later on incorporated them into the soundtrack of the national anthem of Naminara Republic.

While in Japan, Liu Hong-jun led a traditional music orchestra called "Tenpyo Gafu." His love for playing ethnic music led him to collect such a vast number of ethnic instruments that can be seen in the Song Museum.

Let me share with you some of the musical instruments you can find at Nami island Liuseum. 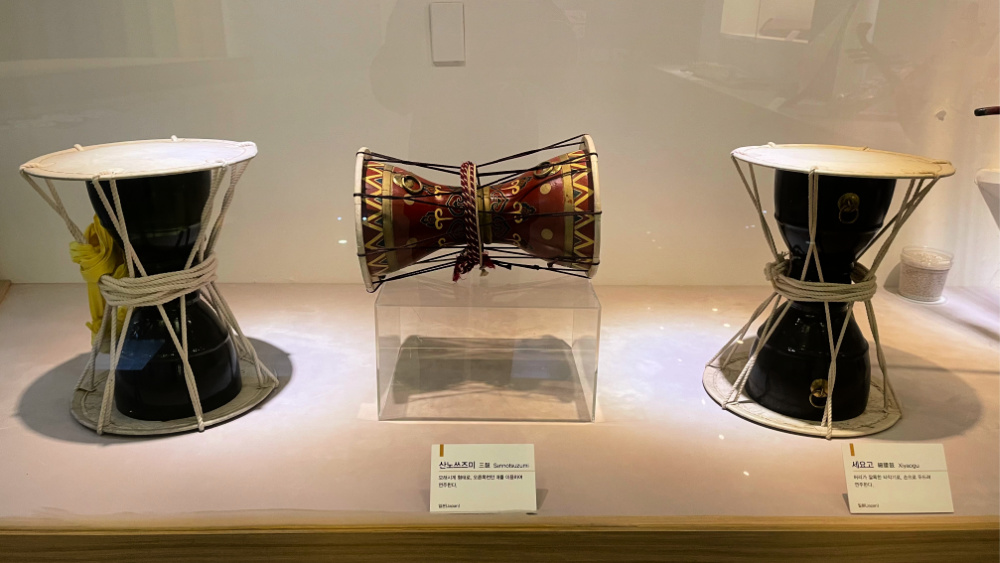 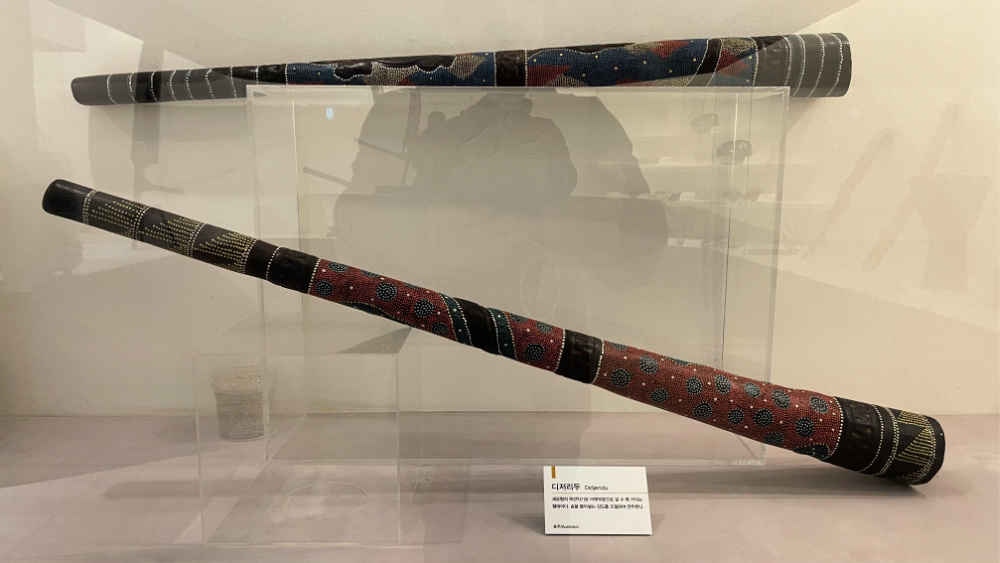 Didjeridu is a pipe instrument by the Aborigines of Australia. It is peculiarly huge and long.

You can also find other exhibits (e.g., clay dolls).

Visiting the exhibits at Nami Island Liuseum should be one of the places you have to explore when on Nami Island.

You can find out more about Nami Island here.

Getting to Nami Island Liuseum

I first visited Nami Island (or Namiseom) a few years back by taking the subway and train with my colleagues. Here is how...

Take the Subway Gyeongchun Line at Sangbong for Gapyeong Station. The trip takes about 50 minutes. The final destination of the train is Chuncheon City, and Gapyeong is six stops before Chuncheon.

Then from Gapyeong Train Station to the Ticket Office of  Naminara Island area will take around 20 minutes on foot. It is 1 kilometer and 900 meters only.

Or by bus or taxi from Gapyeong Train Station...

I hope you have a wonderful trip then. Please, share your experiences with us later on.