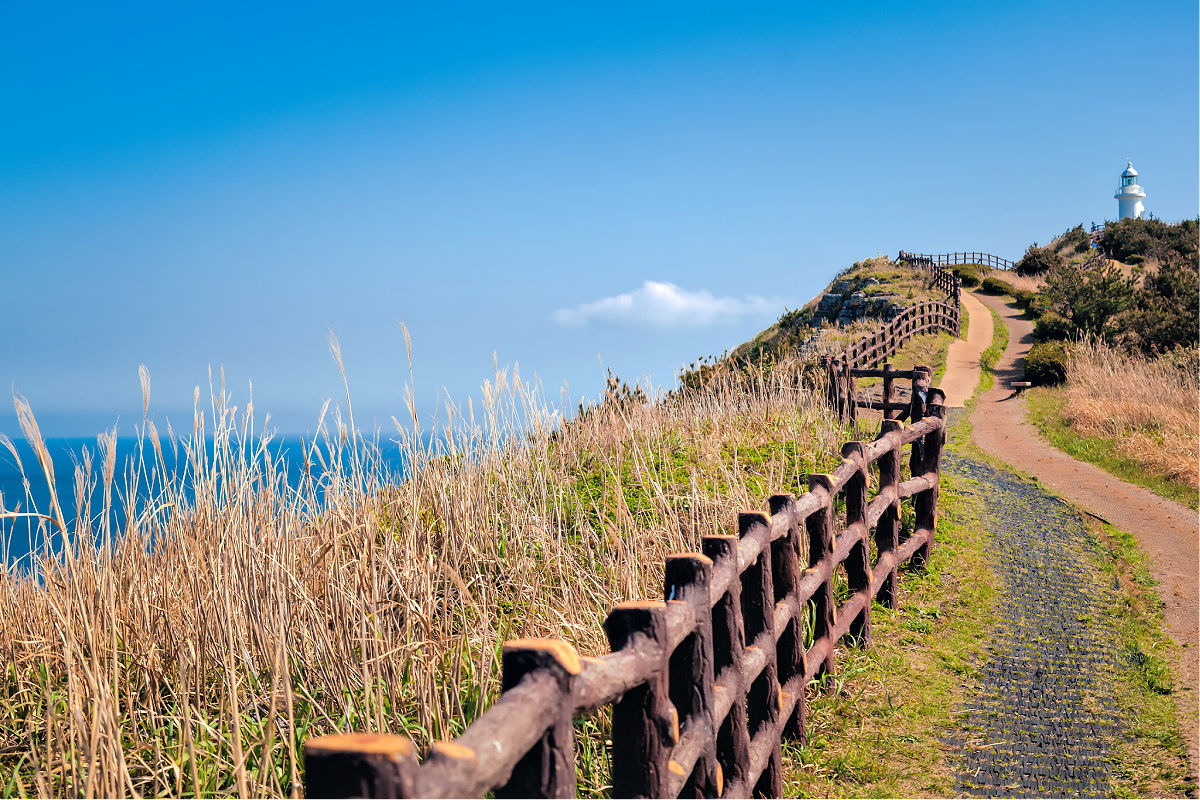 Located 3.8 kilometers off the south-east coast of Jeju Island, Udo Island was named since it resembles a cow lying on the field. The length of the island stretches over 3.8 kilometers, and the circumference is 17 kilometers.

During the Joseon Period (1679), people have lived on the island through farming and fishing. The island boasts fertile soil, plentiful schools of fish, and picturesque sights.

In addition to the beautiful and natural attractions of the island, Udo Island also boasts its local heritages (female divers, stone walls, and stone tombs).

At the highest point of the island, Udobong Peak (alt. 132 meters), visitors can see a panoramic view of the island in addition to Seongsan Ilchulbong Peak and the main island.

Seobin Baeksa (a white beach designated Natural Monument No. 438) has appeared routinely in movies and TV commercials thanks to its spectacular white sand and emerald sea.

The sea around the beach showcases various colors depending upon the water level. This makes Seobin Baeksa among the most popular traveler destinations in Jeju-do, together with Hallasan Mountain.

To secure the beautiful nature and promote maritime tourist, Bukjeju County designated two ports on the island (Udo Port and Haumokdong Port) and the sea surrounding it (25,863) as Udo Maritime Park in January 2001.

Visitors can appreciate maritime attractions at its finest, consisting of a journey under the sea by submarine.

OLD LIGHTHOUSE: Udo Lighthouse is believed to be the first one on the Eastern part of Jeju Island. It started operating since March 1906.

You can find an exhibition room, 3D Experience Hall, and models of 14 local and international lighthouses such as the Paros Lighthouse in Greece which is one of the Seven Wonders of the ancient world.

You can find and access various facilities on the island, such as washrooms, shower rooms, parking areas, and small convenience stores.

Ferry and Fees
Below, you will find the fees for admission, ferry ride, and other service fees.

If you wish to rent a vehicle or bicycle, you need to pay an additional charge. 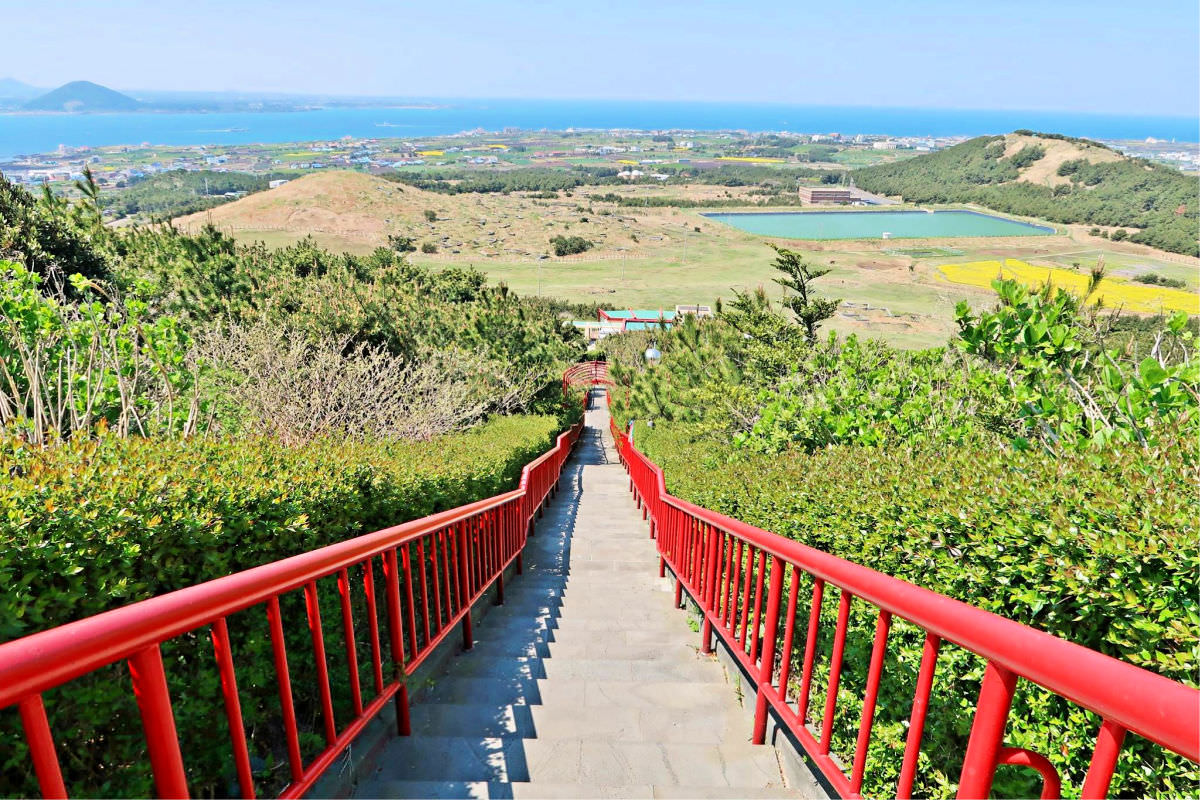 A panorama from the lighthouse park area

Aside from the Udo Island Lighthouse Park, you can explore the island of its natural and human-made facilities.

Jeju Olle Trail
This trail is Route 1-1. You can see the island's beautiful shores and surrounding views when you stroll using this route. You can enjoy the refreshing green fields, black stone walls, and the expansive views under the blue skies.

Hagosudong Beach
Hagosudong Beach is also called as the 'Saipan' of South Korea. Its sandy beach area and the background of rock formations and cliffs would certainly amuse its visitors.

Udo Sanho Beach
Sanho beach is also referred to by locals as Seobinbaeksa Beach due to the red algal nodules covering the beach area. The various colors of the seawater (bright emerald, sapphire, turquoise, etc.) are very delightful to watch.

Geommeolle Beach
Geommelle Beach, or the black sand beach in the local language, is a small beach on Udo Island. Its beach area extends only to about 100 meters in length. However small, it attracts guests due to the beautiful natural sights and the relaxing and less crowded beach area.

Seomeori Oreum
The term 'seomeori' literally means the cow's head in English. This is the island's peak or the Udobong Peak. It is located around 3.8 kilometers from Seongsanhang Port of the Seogwipo City of Jeju Island. It is great for hikers to reach.

If you are thinking of going to see Udo Island Lighthouse Park, you might also think of how to get to Jeju Island first and link transportation.

Getting to Udo Island Lighthouse Park

Getting to Jeju Island
If you arrive on Jeju Island through its international airport, you need to get to Jeju Intercity Bus Terminal first.

From the intercity bus terminal, take bus number 701 or 710 bound for Seongsanhang Port Bus Stop. The bus stop is where you can go to get the ferry to Udo Island.

At the bus stop, walk for around 10 minutes to reach Seongsanhang Port Passenger Ferry Terminal.

Purchase a ticket to board the ferry for Udo Island. It takes an hour to reach the island.

I hope you have a perfect and memorable time on the island.