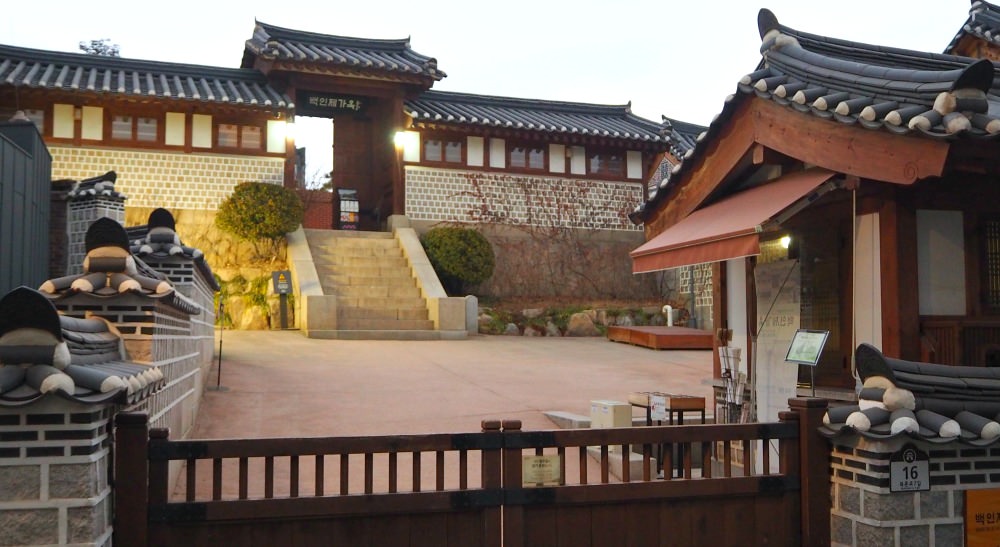 The house that was converted into a museum was built over two thousand square-meter piece of land. Its location offers a broad and fantastic view of Bukchon Village (Hanok village).

This house-turned-museum provides tour services to show visitors around how it adapts to the modern development in the area while keeping its traditional ‘hanok’ beauty.

Baek In-Je House Museum, along with the Yun Po-sun House (another nearby hanok) is one of the proud representatives of hanok houses in terms of architectural structure and historical value in the village.

Baek In-je was the property of an elite family, which can be easily distinguished how the house was designed.

The four features that you should explore, if you come and decide to see, are the following…

Byeoldangchae
The Byeoldangchae (detached quarters) is the structure built on a site higher than the other structures. It has fantastic and scenic vistas of Bukchon Hanok Village.

It is in the innermost point of the property, and the farthest from its main gate.

The Sarangchae (men’s quarters) is built at the top of Bukchon. It is where the former owners (such as Han Sang-ryong) held various social events and functions.

A hallway connected the anchae and sarangchae making the residents more comfortable to cross between quarters. This structure is more convenient especially when the weather is extreme – either during sweltering summer or freezing winter time.

Although the house was generally built with the traditional Korean-style hanok structure, some features are influenced by other cultures.

Such an influence could be the Japanese-style hallways, and rooms with ‘tatami’ mats (floor mat made from rice straw).

Also, the house incorporated in its structure red bricks and glass windows which reflected the trend of construction materials being used at that time (as mentioned in Baek In-Je House Museum pamphlet).

One peculiar feature of anchae is that it was built in two-stories, which was not commonplace during the Joseon period for a hanok structure.

Anchae
The Anchae (women’s quarter) was where the residing family members spend their time.

Anchae particularly surrounds the inner courtyard which heightens the spacious environment of a hanok house in Seoul’s modern period. 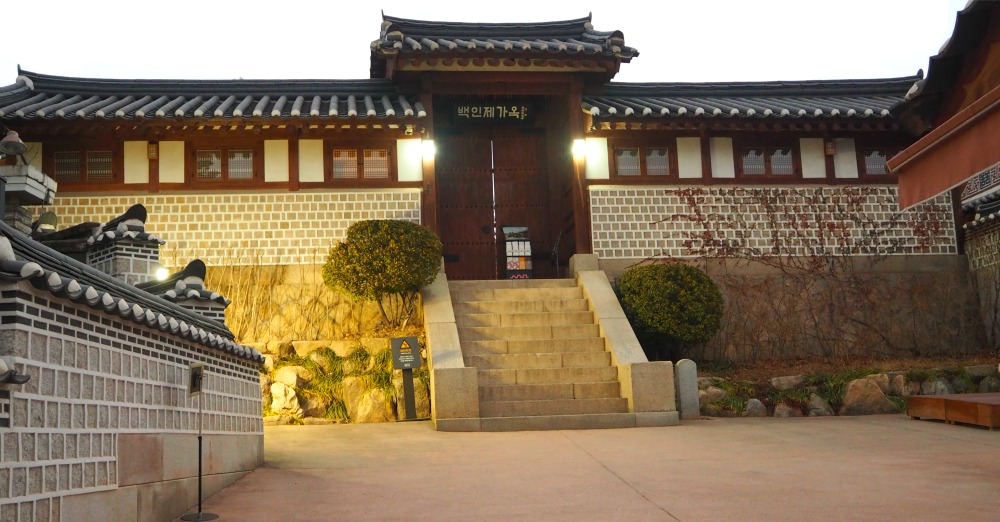 Front view of the 'hanok' house

Baek In-Je House Museum has a gate built higher than the adjacent walls. This feature seems to give a sense of ‘refined dignity,’ which can be associated with the Confucian mindset of the Joseon Period at that time.

One cannot see anything of the inner structures except the main gate. Outside and in front of the entrance is a parking area for the management of the museum house.

Baek In-Je House was built in 1913 by Han Sang-ryong. Han was then an executive of Hanseong Bank.

Han resided here until July 1928. The ownership was transferred to Hanseong Bank in June 1928.

However, in January 1935 to August 1944, the ownership went to Choi Seon-sik, a journalist and publisher.

It was on September 1, 1944, that the house ownership was transferred to Dr. Baek In-Je who was the founder of Baik Hospital. Baek owned the property until 1968.

From March 17, 1977, the property became a designated Seoul Folklore Cultural Property (No. 22). Then the ownership was transferred on November 30, 2009, to Seoul Metropolitan Government.

Baek In-Je House Museum was opened to the public in November 2015.

That is a short version of the property’s 100-year history during the tumultuous period of Korea’s history in the modern period.

Now, if you want to visit the place, the following details could be useful.

Guided Tours
Yes, there is a guided tour available for all visitors. You are recommended to reserve your tour time to be included in a group.

Alternately, you may visit the place at your convenient time without a tour guide.

Getting to Baek In-Je House

There are various ways to get there. Since Baek In-Je House Museum is located within the Hanok Village, it is worth your time and effort to drop by as one of your side trips in the area, if you like.

Subway
Take Line 3 (Orange Line) and get off at Anguk Station, then go to Exit #2. Walk towards the Constitutional Court, which is about 500 meters away.

You will find Baek In-Je House Museum on the left, and it is across from Jaedong Elementary School.

No worries! You will notice tourism guides in many conspicuous points, wearing ‘red’ clothing (coats or jackets in Winter but I don’t know during Summer!). They are happy to point you to your right direction.

You have to get off at ‘Jongno Police Station’ or at ‘Changdeokgung Palace’ bus stop. Again, you can ask for directions to the tourist guides (government-hired young guides who can speak different languages including English, Chinese, Japanese—as far as I know ^^). 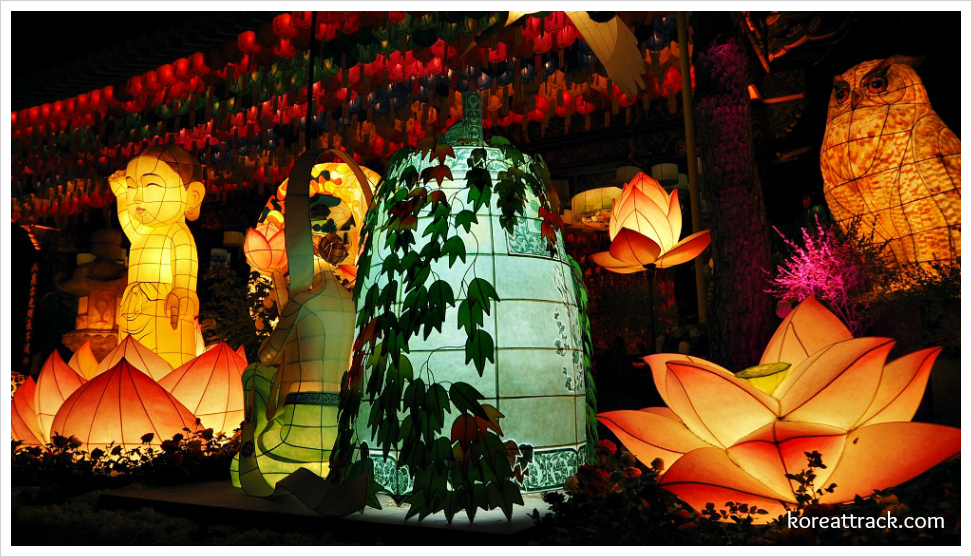 Apart from Baek In-je House, you will certainly enjoy exploring other traditional sites and places in the area. Here are some of them…

Thanks for reading this article. Please, pay it forward if you find this interesting to your friends or family!