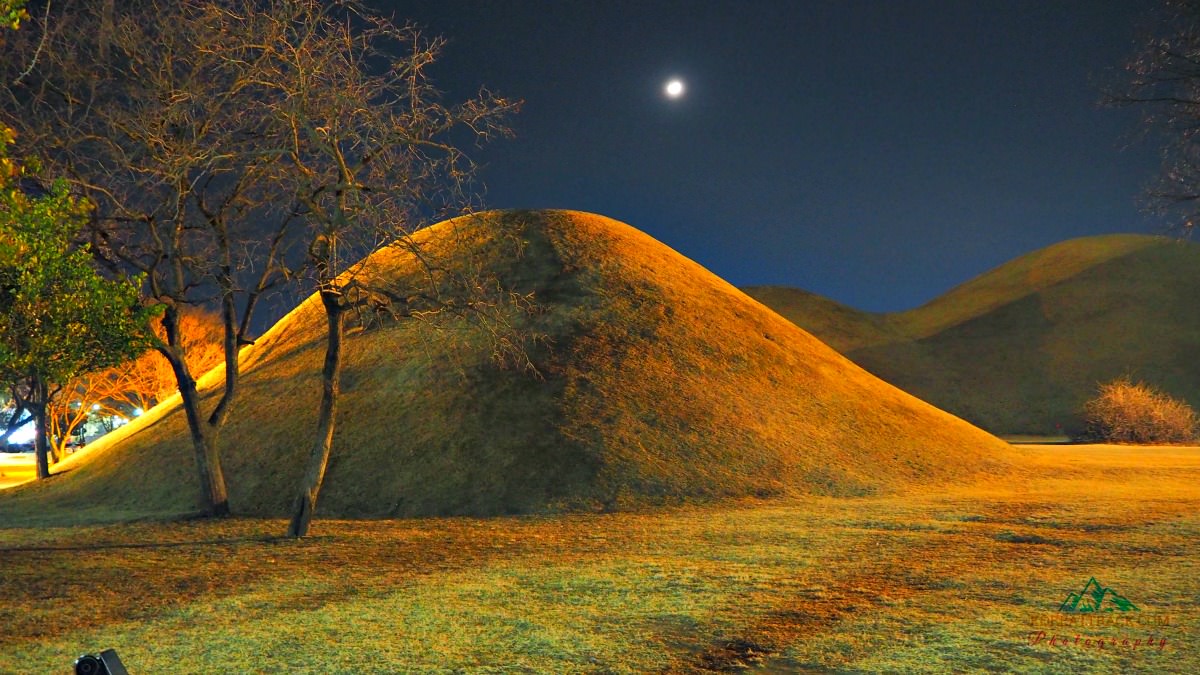 This photo (by Abbie Suh) is a tomb of a royal in Gyeongju of Silla dynasty, which is usually bigger compared with the Joseon dynasty royal tombs which are smaller mounds.

Donggureung Royal Tombs Cluster is a well-known burial area of the past kings and queens in Korea. Located around Seoul and Gyeonggi Province, Donggureung is consists of graves of seven kings and ten queens who reigned during the Joseon Dynasty period.

The graves are laid over 196 hectares of forested land with pathways for visitors. It is about twenty kilometers north-east of central Seoul.

It would take over an hour to explore this UNESCO World Heritage Site listed treasure.

All the burial places are set up over expansive grassy mounds based on the guidelines of Confucianism and feng shui, a Chinese form of geomancy.

The entryways are marked by a basic red-painted wooden gate, stone pathway, and a hall where rites can be performed in front of the burial mounds embellished with stone sculpture.

Usually, the stone sculptures include a pair of civil officers, generals, plus horses, and guard animals, such as tigers and rams, are set up near the tombs.

The most notable tomb is that of King Taejo (1335-1408), the originator of the Joseon dynasty.

In contrast to the other neatly clipped plots in this verdant park, his mound is covered in the bushy pampas lawn from his hometown of Hamhung (now in North Korea).

The burial ground is being maintained and managed based on the wishes of the king.

Nearby, it would also be good to check out the Mongneung Tomb, which is located nearby. 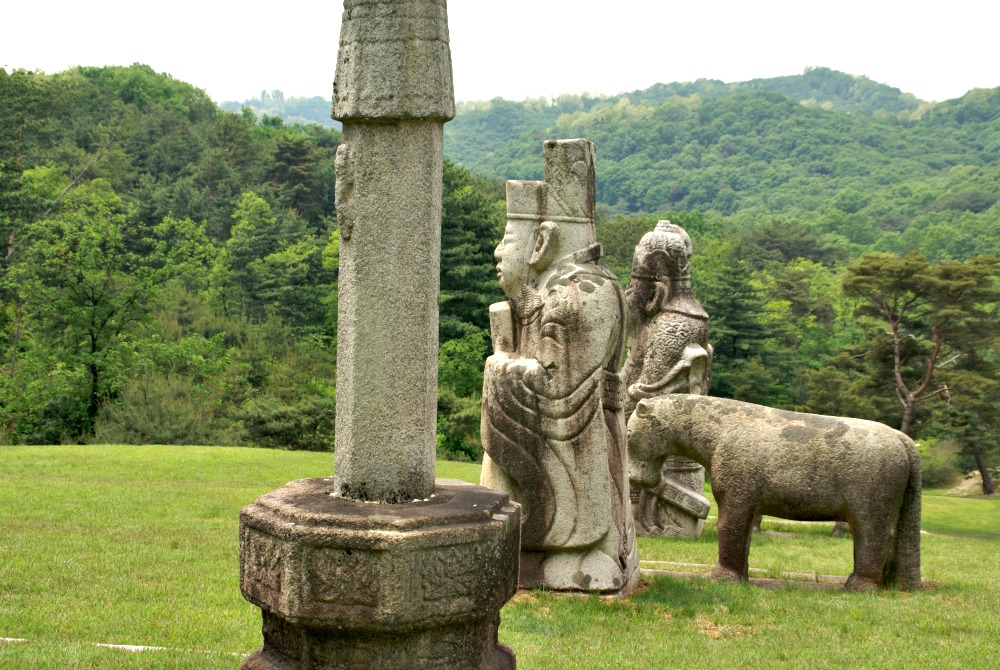 A walking-tour map is readily available from the History Centre Museum, which likewise has an excellent overview of the location.

Indeed, Donggureung Royal Tombs are worth visiting and exploring due to its historical significance as well as its refreshing environment and green surroundings.

Don't forget to a pack of snacks and drinks with you. You'll be surprised how you can feel surrounded by nature only thirty minutes out of the city center.

There are about eight (8) forest hike trails to choose from when visiting the place. It means that after exploring and enjoying the relics and their historical backgrounds, you can also spend an enjoyable and worthwhile stroll at any of the forest paths surrounding the royals tombs site.

Getting to Donggureung Royal Tombs

You can either take a bus or subway from the Seoul area to get there. You may decide between the two depending on your point of origin.

By Seoul Subway (then bus)
There are two best ways when you take a subway...

First, at Seoul Subway Line 5, get off at Gwangnaru Station then come out from Exit 3. Then take Bus 1-1 that will run for about 15 minutes to Donggureung Tombs.

Second, you can take the Jungang Line 1 to Guri Station. Get off then transfer to Bus 88 for Donggureung Royal Tombs site. Alternatively, you can walk for 40 minutes to get there from Guri Station.

Take Bus 1-1 that will bring you to the Donggureung Tombs site.

The last admission time is one hour before the closing of business hours.

Entrance Fees
for the upkeep of the tomb park, guests are required to spend minimal amounts before entering.

Thanks for visiting and reading this article. Please, contact me if you need information on how to get there.