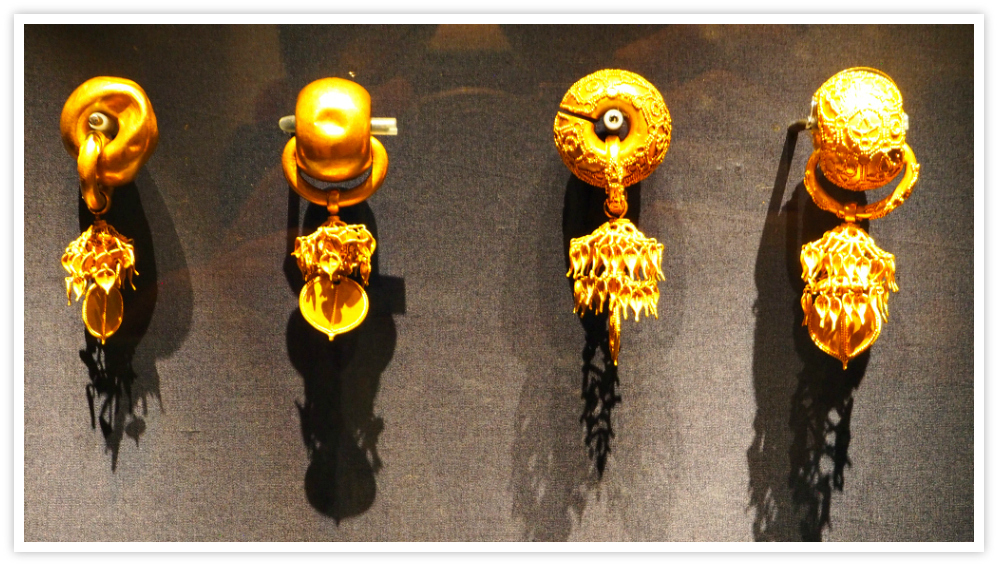 Geumnyeongchong Tomb (or Gold Crown Tomb) is a royal burial site created during the Silla Kingdom era. This monument is one of those tombs where a golden crown was excavated.

This tomb nestles in Gyeongju City, the former capital of the Silla Kingdom. The gold crown is believed to date back from the 5th or 6th century but only discovered in 1921.

This gold crown of Silla excavated from the Geumnyeongchong Tomb is differs significantly from other gold crowns. The crown used the standing ornaments with four-tier rather than three-tier branches, gold spangles, and the absence of curved jade beads.

The crown is relatively smaller sized and undecorated with curved jade drops, exhibiting a much more natural look than other Silla crowns.

Silla crowns are grouped into four classifications, according to their product: gold, gilt bronze, silver, and bronze.

Among them, silver and bronze crowns appeared just in the early and late Silla duration, respectively, and therefore, gold and gilt-bronze crowns are more representatives of the Silla crown in basic.

To date, a total of 6 gold crowns have been found. Five crowns were excavated from the following five ancient tombs in Gyeongju: 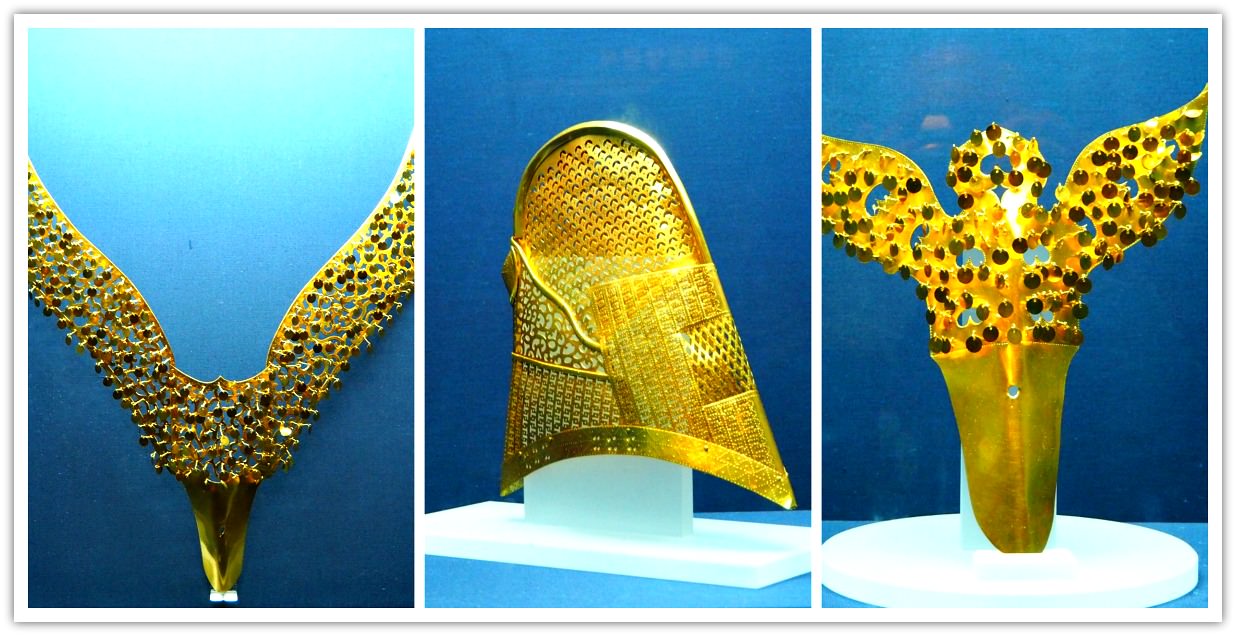 Gold crowns are estimated to have been produced between the late fifth century and the early sixth century.

Yet, throughout this duration, there were just four kings, which would indicate that gold crowns were worn not only by kings, however also queens or other royal relatives.

It is said that the occupant of the north mound of Hwangnam Daechong, where a gold crown was discovered, was a lady, while that of Geumnyeongchong was a young boy.

Geumgwanchong is another tomb of a royal member. It one of the distinctive and unique crowns discovered in Gyeongju mentioned above.

Geumgwanchong means "gold crown tomb," where this crown was unearthed during the excavation project.

The crown has the typical style of a Silla gold crown, with two curved branch-shaped accessories in the back and three straight branch-shaped ornaments at the front and sides of the headband.

The accessories are fixed to the headband with rivets. The accessories on the front and sides feature three tiers of arms extending from the stem, bent at right angles.

A set of long pendants hangs from the headband. And it is believed that the two ends of the headband are looped with another piece of product.

Well, do you want to see Geumnyeongchong Tomb and the other gold crowns? Then start planning your trip to Gyeongju City, where you can discover more royal relics, tomb mounds, and spectacular sites where they were laid to rest.

Getting to Gyeongju City

The best way to get there quickly is through either by train or express bus (from Seoul, for example).

The express bus takes about 3 hours and 45 minutes, but it differs depending on the traffic, which is not a big issue.

By train, you have two choices:

The speed train takes a shorter time (about 1 hour less) than a bus trip from Seoul to Gyeongju. But in my experience, taking an express bus is comfortable as its terminal is where the hotels are located.

A more detailed transport guide for Gyeongju City will be included here soon!

Thanks for reading this. Enjoy your trips!