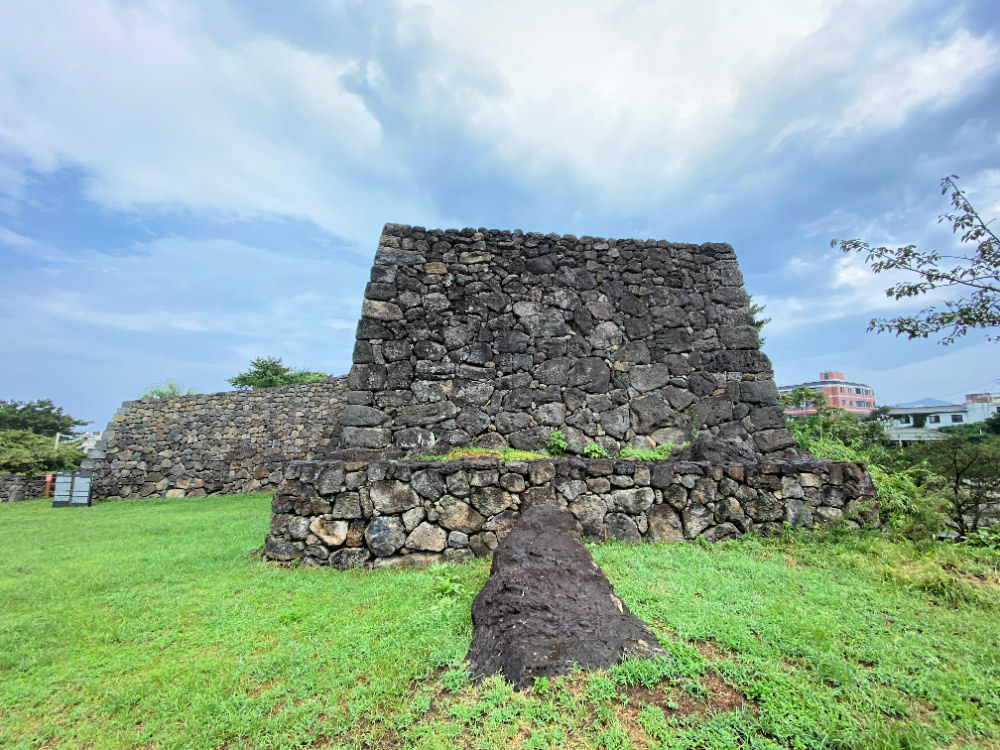 Watchtower of the Fortress overlooking the sea on Jeju Island

Jeju Island's self-governing province designates Jeju Fortress as Monument Number 3. I found this historical treasure by chance as I walked towards my hotel.

Of course, I got excited that I found a bonus along the way. I started exploring the walls and enjoying its splendor. Having found the central command area of the fortress, I search for descriptions about it.

Glad that I found the metal information board set up right in front (or beside) the fortress' central attraction - watchtower and elevated pavilion.

According to the board's descriptions, Jeju Fortress surrounded Jeju downtown to protect its residents from the invaders. 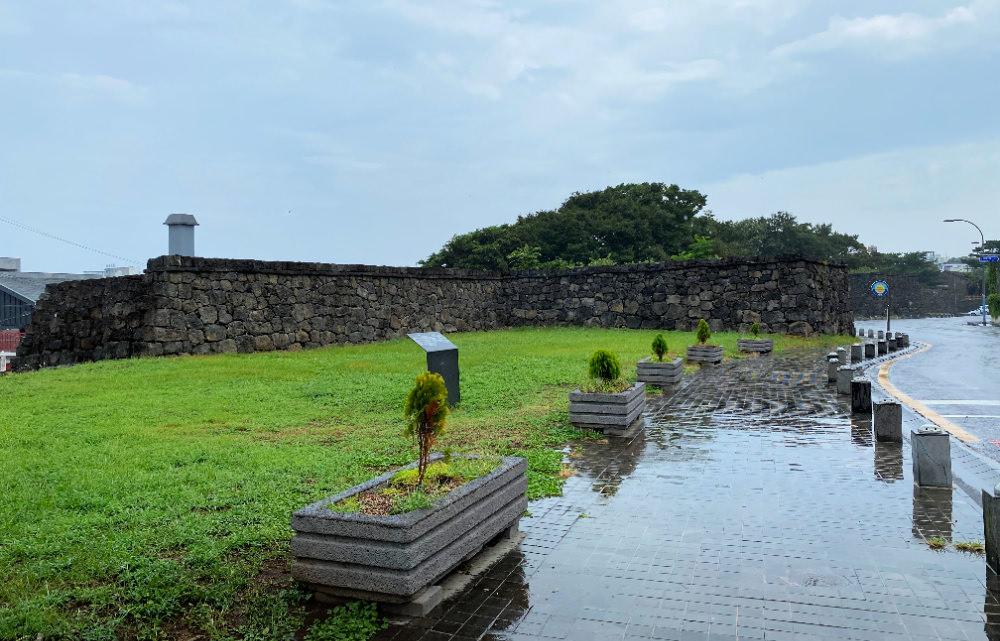 A view of the Fortress from the roadside on Jeju Island

A geography book called Sinjeung Donggugyeojiseungram, the fortress was initially 4,394 (around 1.3 kilometers) long and 11 cheok (about 3.3 meters) high.

The Jeju governor, Gwak Heul, strengthened the fortress to prevent the repeat of the Japanese invasion (in 1555). The governor completed the extensions in 1565, the 20th years of King Myeong Jong. 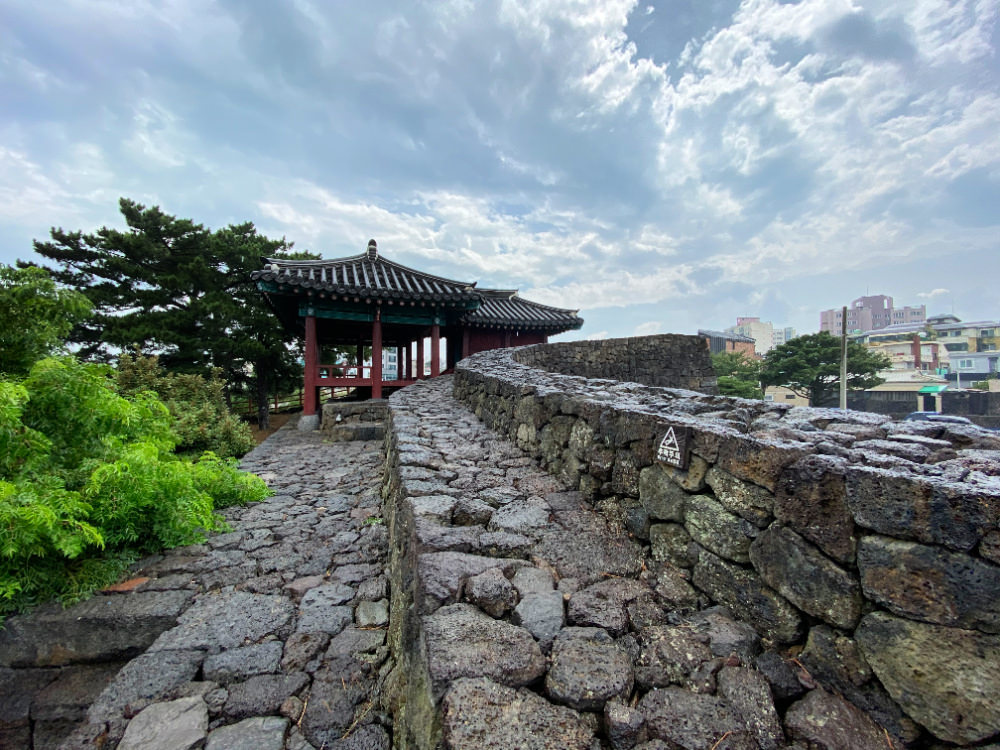 A photo taken from the top of the Fortress' wall

Jeju governor Seong Yun Mok further extended the fortress higher in 1599, which is the fortress's current height and shape (during the 32nd year of King Seon Jo).

Then the succeeding governor (moksa) Kim Yeong Su continued to extend and built additional walls to prevent the Sanjicheon River from overflowing.

When Jeju Port was constructed in 1925-28, they used the fortress wall stones to build the port and its reclamation areas. 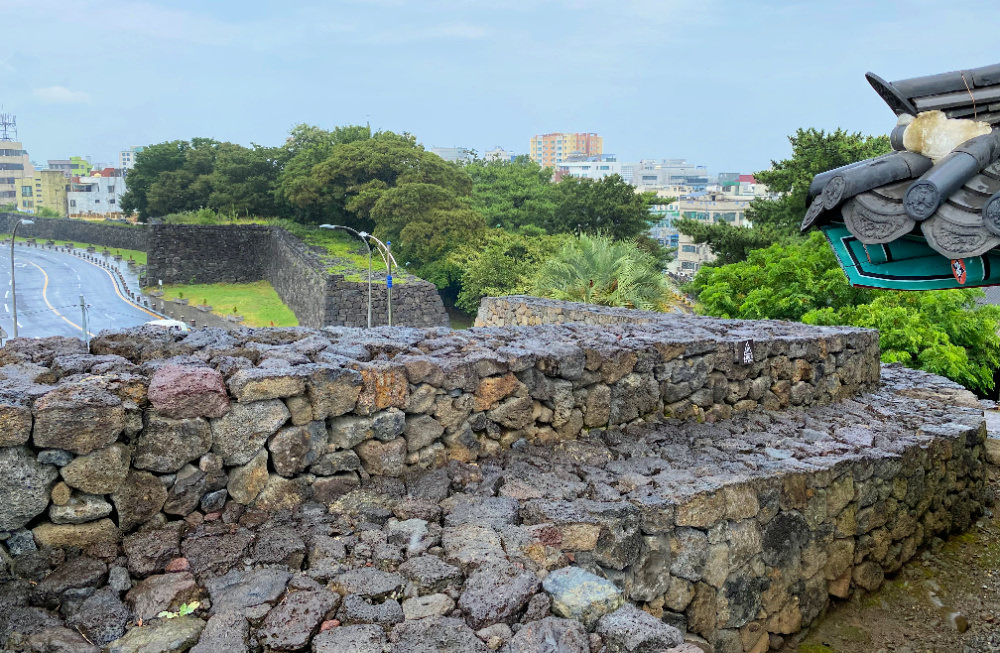 A sight of the Fortress' walls 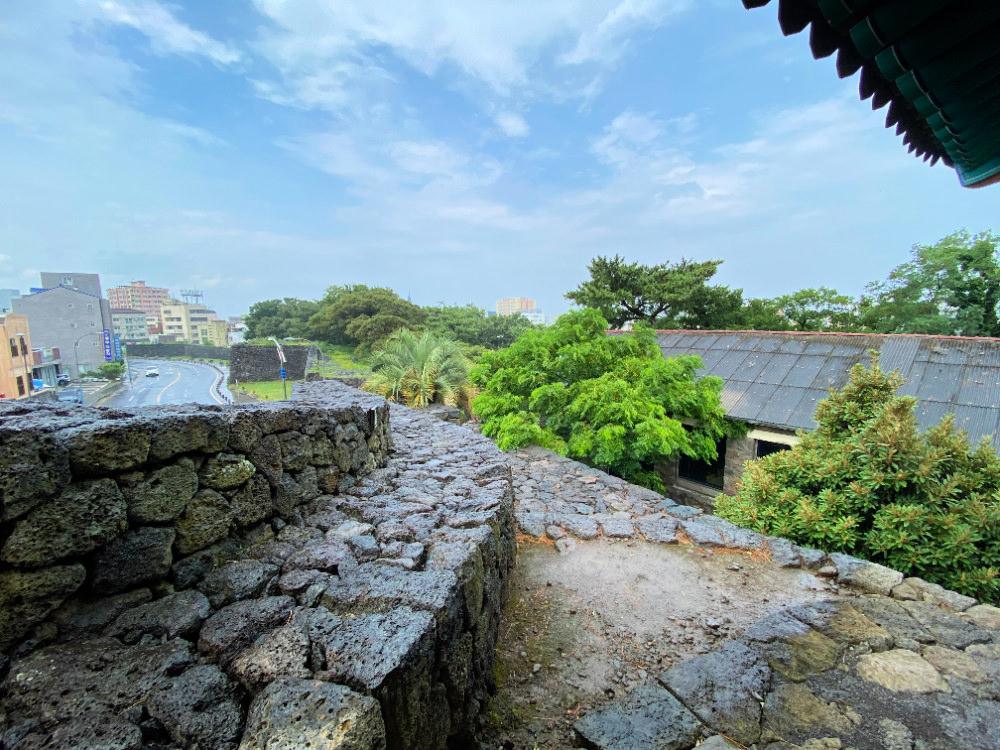 Since Jeju Fortress is located in Jeju City, you can either tell the driver to bring you straight or use your navigation and walk to the area if you're in the city.

Thanks for reading. If you have questions, please drop me a line!
Have a wonderful day!