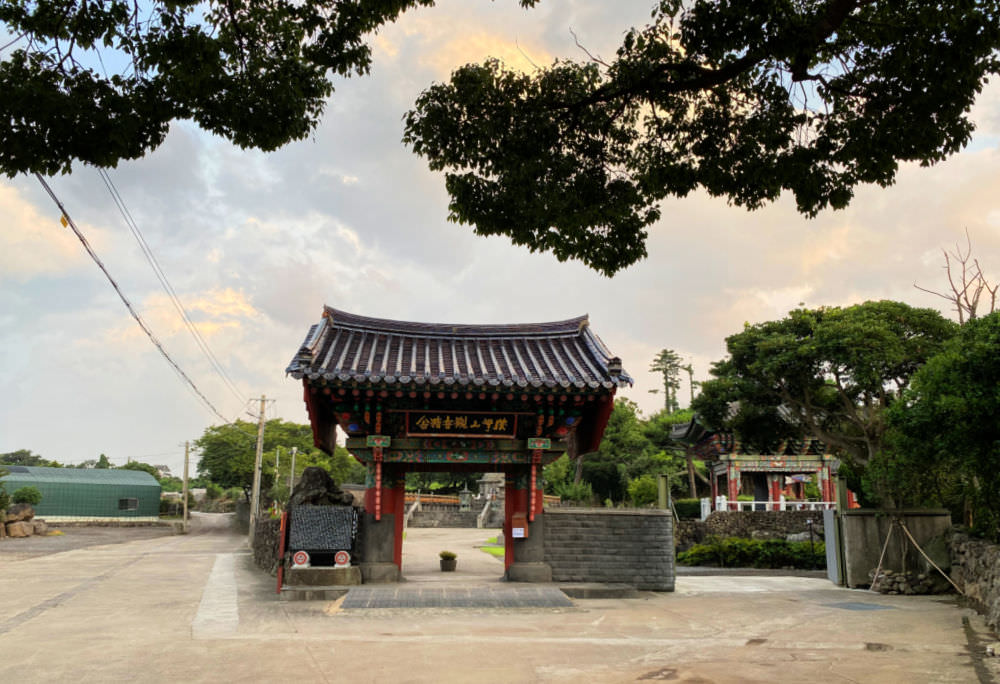 Jeju Gwaneumjungsa Temple (or Gwaneumjeongsa) was founded in 1974 and is where Jeju's first wooden Daeungjeon was built. It is very serene and sitting in a slightly elevated piece of land.

On my way back to the hotel, I spotted the huge rock sign 'board' and realized it was a temple area since I love visiting temples although not a Buddhist, I decided to take a look and take photos.

When I searched the internet, I could not find any article or any English language information. So, I started digging into Korean and found resources which I included in this article.

It is mentioned that Jeju Gwaneumjungsa Temple is attracting attention as a significant temple in Jeju Island. It is a temple that represents Jeju Island and is visited by many people from all over the country. 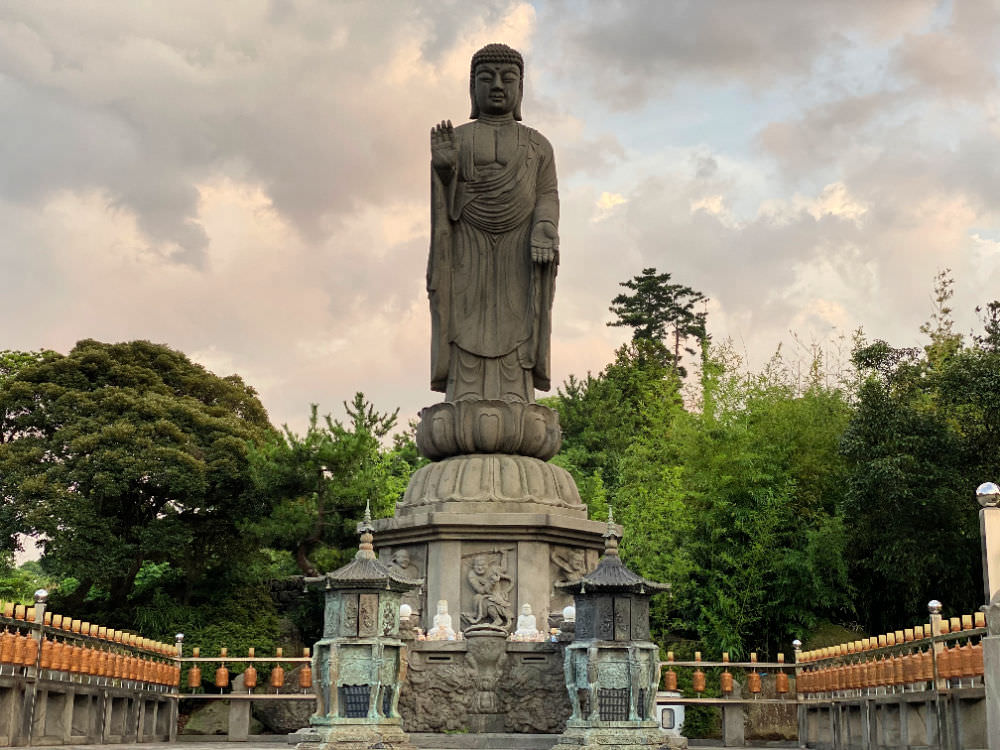 'Gwaneumjungsa' is a temple located in Yeondong, Jeju City. It is not a temple with a long history since it was founded in 1974.

But it is where Jeju's first wooden Daeungjeon was built and is attracting attention as a significant temple in Jeju Island.

Even though it suffered a deliberate arson incident since its foundation, the present Gwaneumjeongsa Temple is a representative temple in Jeju, and many people visit it. 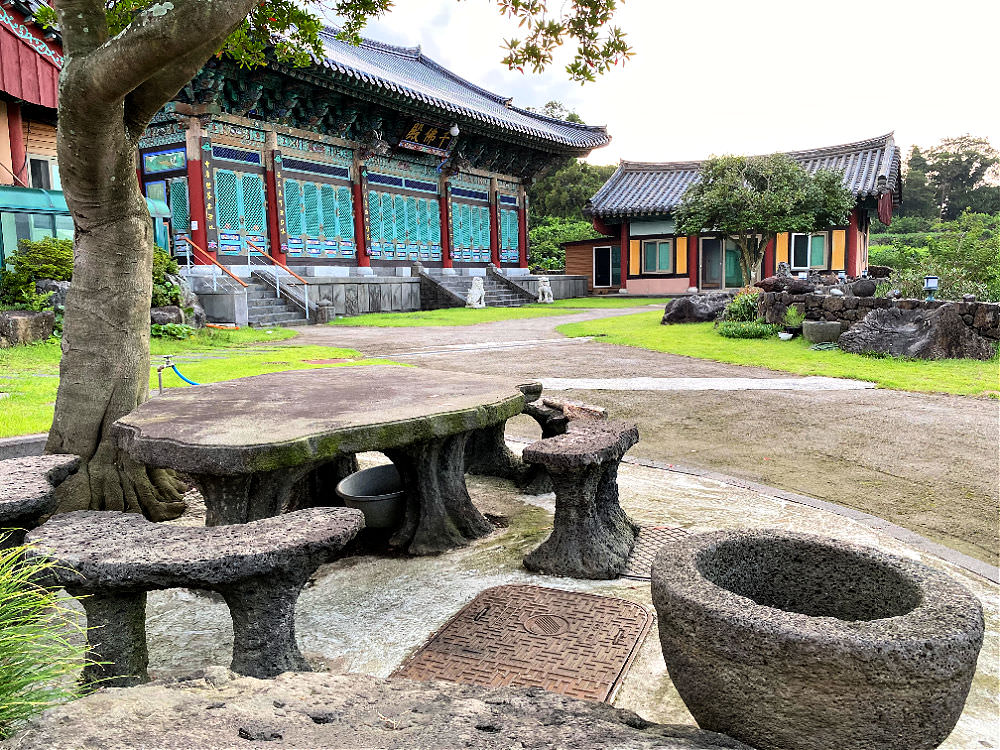 Stone seats and facilities at the temple area

The pilgrimage has a total of 14.2. kilometers in distance to cover departing from Gwaneumjeongsa passes through Woljeongsa and connects to Gwaneumsa Temple, which is located at the foot of Hallasan Mountain.

Through this pilgrimage route, it is meant to be a space for the healing of the heart and mind for 20 million Buddhists in Korea and Buddhists in Northeast Asia and Southeast Asia such as Japan and China.

Jeju is striving to attract many tourists every year by promoting an environment in which Jeju's unique Buddhist culture and nature harmonize.

Various temple buildings are located in Gwaneumjeongsa, and the representative Daewoongbojeon Hall has a grander atmosphere.

The post-war spatial arrangement of Daewoongbojeon Hall is not only relaxed, but it is a building that is recommended to see as it is attached to the symbolism of the dragon in this culture. 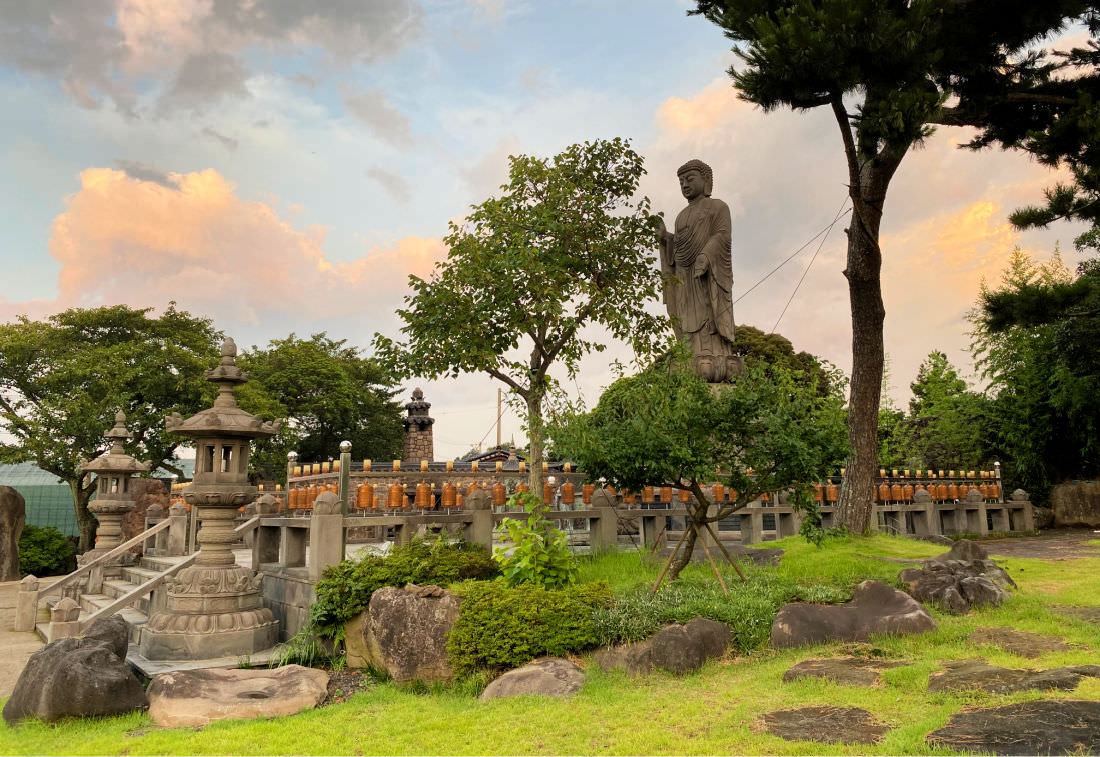 Jeju Gwaneumjeongsa Temple is located in Myeongdang, where the spirit of life has been gathered from the feng shui geography.

Take a leisurely stroll around the temple, and take a break to feel-good energy.

Gwaneumjeongsa Temple is where the spirits of Halla are united at the end of the Halla Mountain Range. And it is located in the turtle 'route' in the shape of a turtle crawling toward the sea.

The overall terrain is said to resemble a turtle. This shape is reflected through the doorknob of Iljumun, which is carved like a turtle. 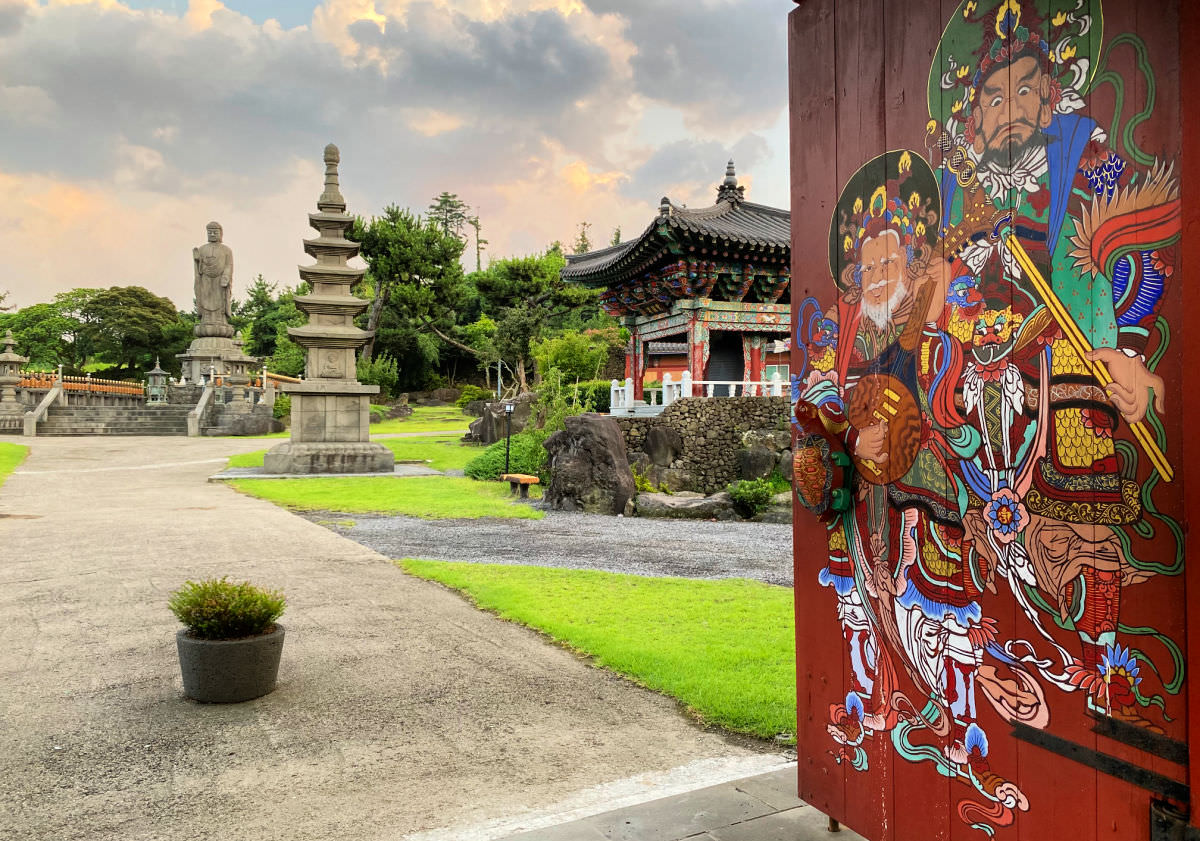 Iljimun (main gate) with a doorknob shaped like a turtle 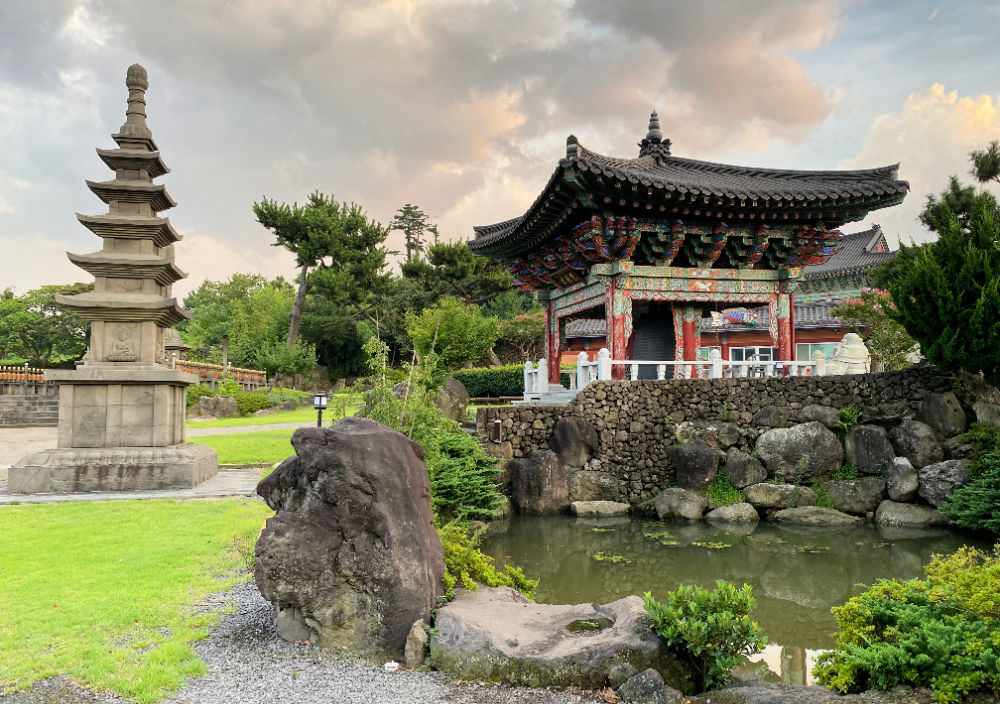 A short taxi ride will bring you to the entrance area of Jeju Gwaneumjungsa Temple. Being located close to Jeju City downtown area, you could save time and fare. As I mentioned above, you can walk towards the temple just like I did.

When you take a taxi, give the driver the following address for him to search his navigation app.

Apart from religion, have a prayer time while receiving good energy and have time to purify your heart through the pilgrimage route to the Buddhist holy land.

It was a refreshing experience to have dropped by at this serene temple after a sweltering and long day's exploration at Jeju Island's attractions.

Please enjoy the unique atmosphere and nature of Jeju temple at Gwaneumjungsa Temple.