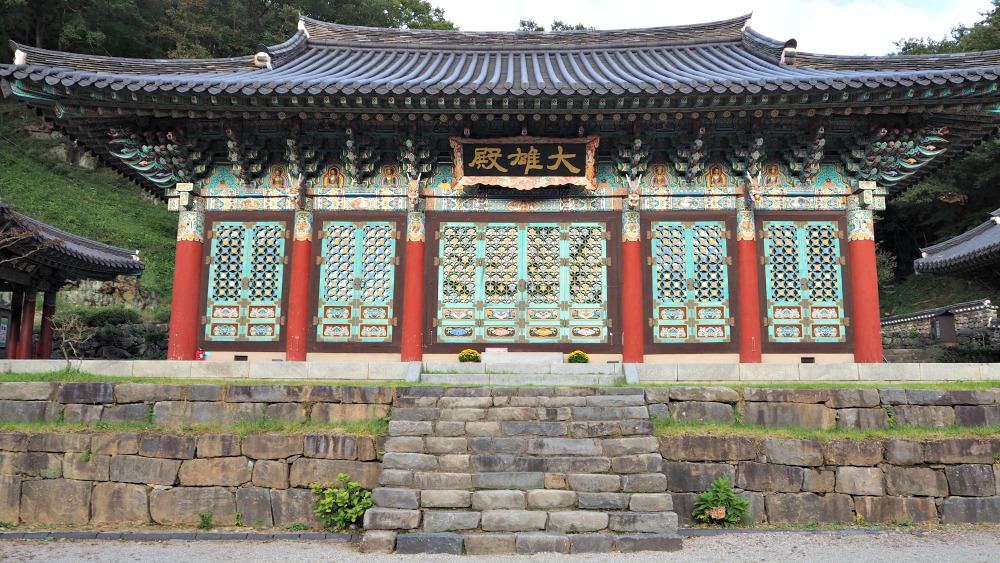 Jeungsimsa Obaekjeon is the main temple (Daeungjeon Hall) of Jeungsimsa. During the Korean War, all buildings got destroyed except this one. That's why you will notice that it looks much older than the other buildings. (Photo: Abbie)

I learned a lot about this temple area because it is the main entry point when hiking the Mudeungsan Mountain.

It has many relics and historical items that bear both the good and bad stories of the area.

Why good? Because it is still there serving the needs of its believers and fighting for spirituality and human freedom.

Why bad? Because it suffered and got destroyed during the past invasions and conflicts which affected the whole nation.

However, seeing the Jeungsimsa Temple area and knowing its history and story is something worth doing.

Now, let me give you some historical background and descriptions below... 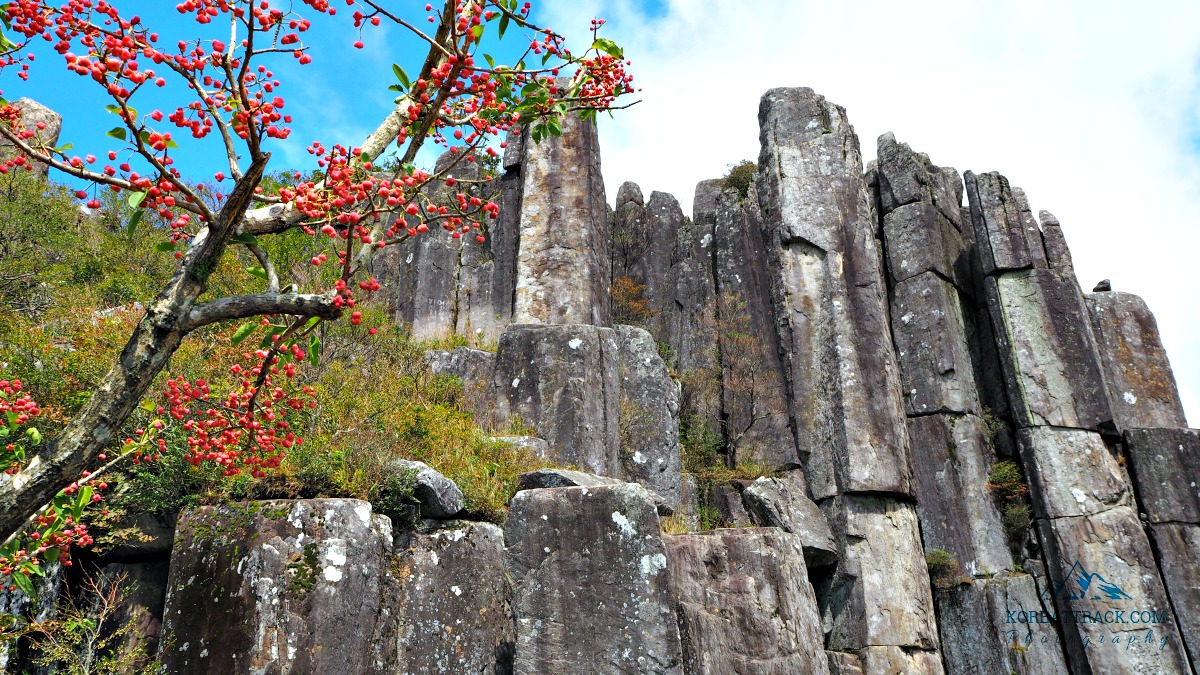 Most people agree that Jeungsimsa Temple is a representative temple of Gwangju City.

Why? It's because it is located strategically on the western foothills of Mudeungsan, where nature's beauty is very much observable.

Cheolgamseonsa Do Yun, a Buddhist monk, was the (first) founder of Jeungsimsa in 517 during the Silla Kingdom.

Later on, Hyesoguksa, another Buddhist monk, remodeled the temple ins 1094 during the Goryeo Dynasty period.

Then in 1443, Kim Bang of the Joseon Dynasty period, again, remodeled the Temple.

It was during the Imjin Waeran War (Japanese occupation in 1592-98) that Jeungsimsa Temple suffered destruction. 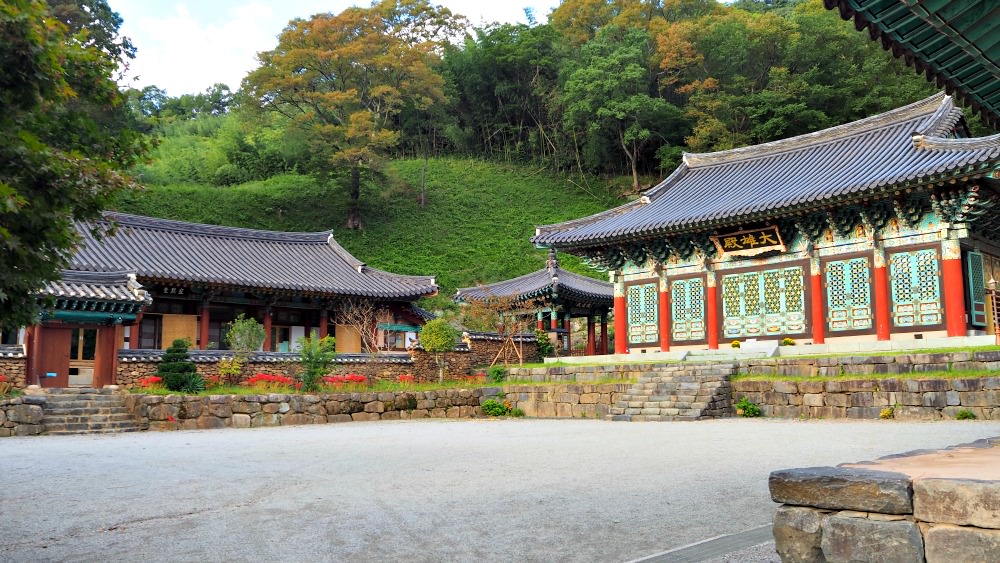 Temple ground and lush vegetation in the background 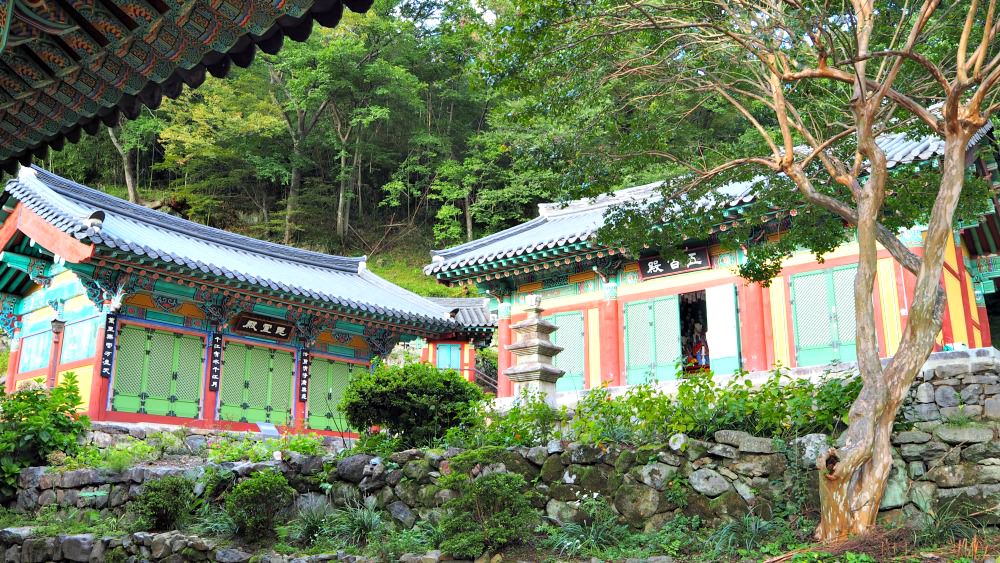 The temple area in harmony with the natural world

During the invasion period, the Temple got burned down. So, what happened next?

Unfortunately, Jeungsimsa got destroyed again during the Korean War in 1950-53.

Again (gosh!), the buildings have been rebuilt. The Daeungjeon (main Temple) that you can see, including the others, was built in the 1970s.

But don't be disappointed! The re-builders tried to recreate the original designs (including decorative features) of each structure.

Therefore, what you can see now are reflections of the originals of the temple structures. 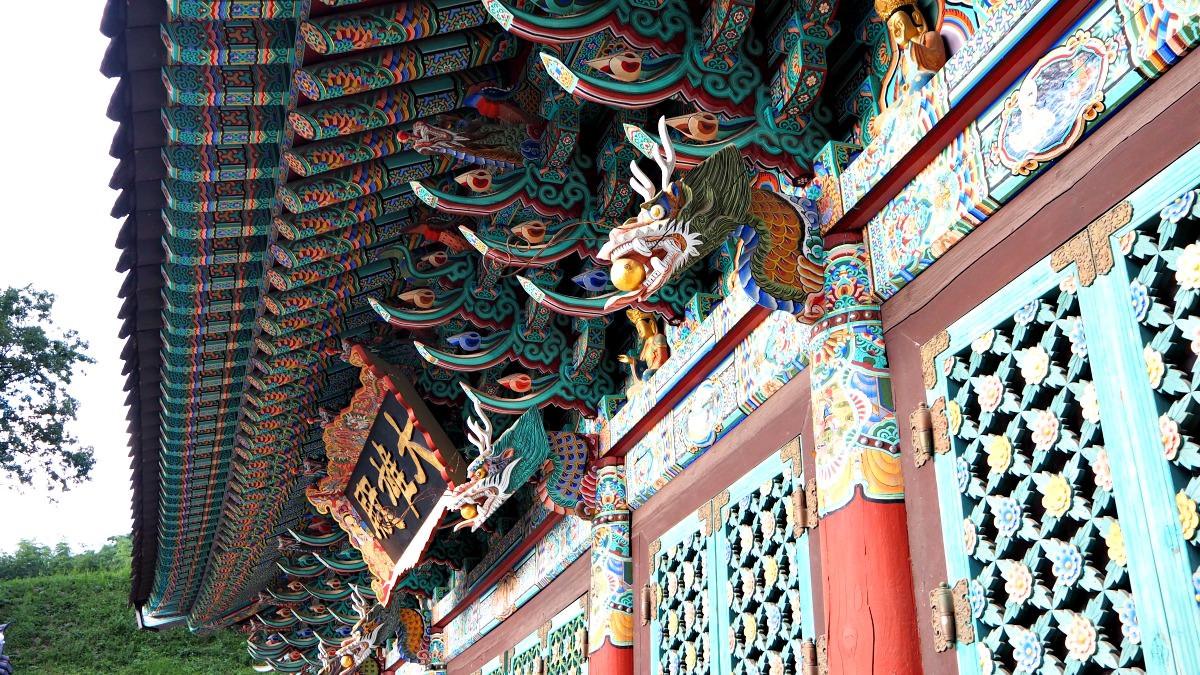 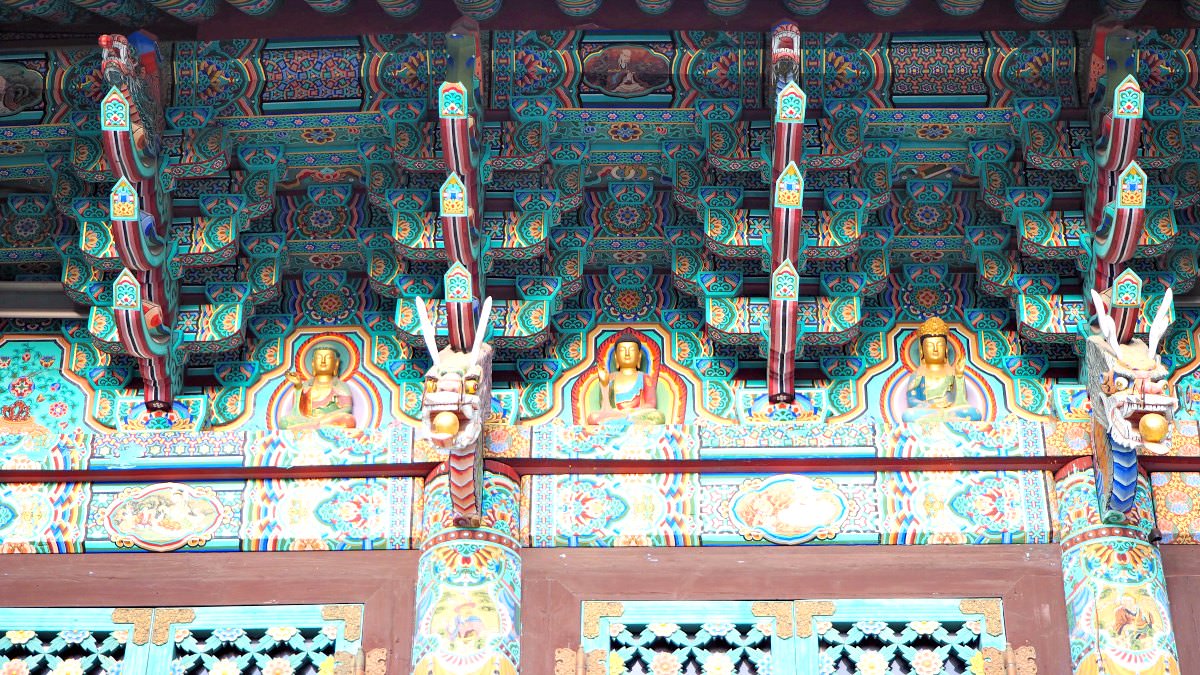 See the photo. Please, let me quote verbatim the descriptions of this beautiful structure as follow...

"This building, with its single-storied roof with perpendicularly cut sides, has three sections on the front and three on the side. Pillars were erected on stylobates piled with rough stones, and the building was given double eaves adorned with decorations in the form of ox tongues. All the buildings at Jeungsimsa Temple were burnt down during the second Japanese Invasion. It is said that in the first year of the reign of King Gwanghae (1609), three Buddhist monks, Seokkyeong, Sujang, and Dogwang, built the present Obaekjeon when rebuilding this Temple for the fourth time. During the Korean War, all of the buildings except this building were burnt down again."

That's the shorter version of my descriptions already written above that verbatim. 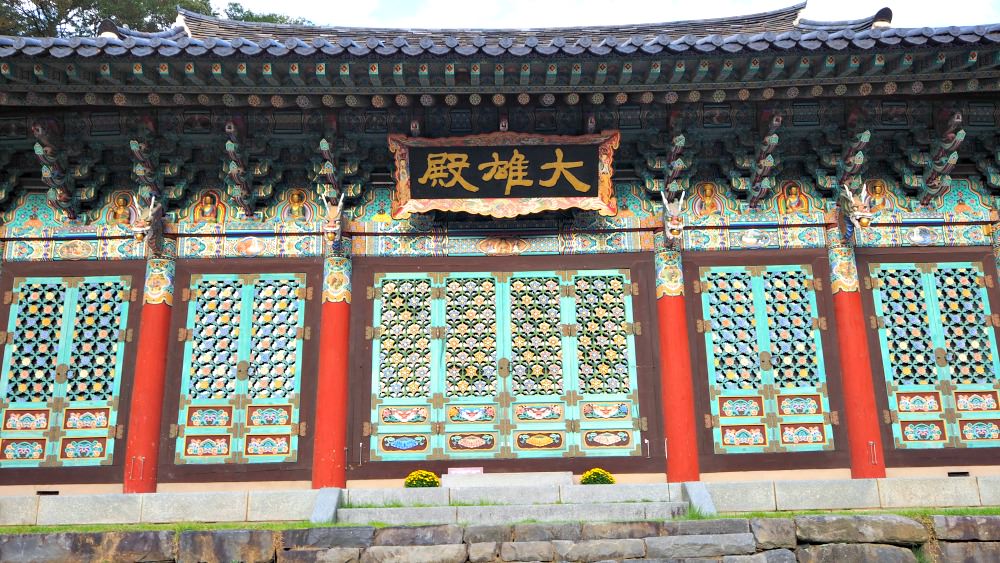 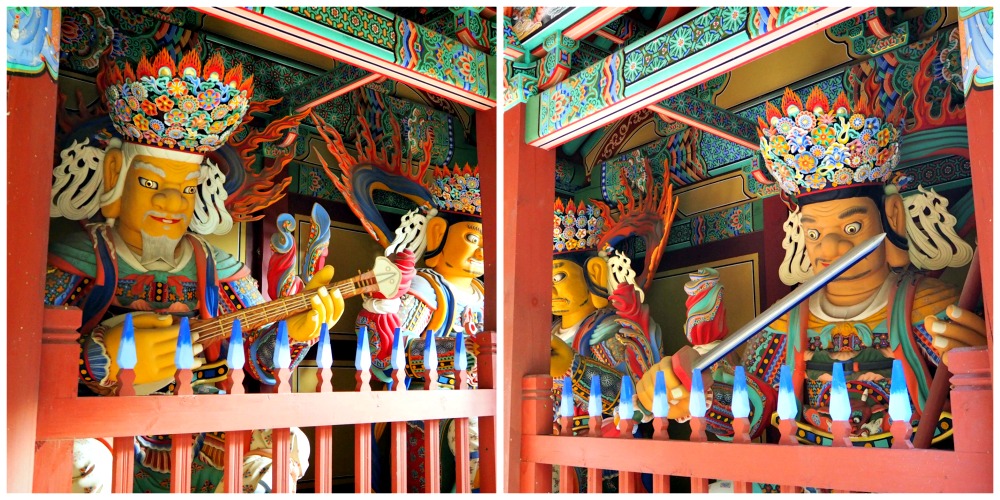 Guardians at the temple are

This stone pagoda was designated a Gwangju Tangible Cultural Property No.1. This means that although there are many cultural treasures in the city, this pagoda is the most precious and relevant among them.

As you can see, this pagoda has a high double-layer foundation. Its three stories structure was typical during the Unified Silla Dynasty.

Some parts of this structure (upper part) were destroyed but still looks outstanding and beautiful.

In 1972, according to the descriptions, this pagoda was dismantled, but the authorized personnel could not find any relic inside it. With that discovery, it was presumed that the 'sari' (a stone relic from a holy monk) was stolen.

Although it was stolen, the Three Storied Stone Pagoda remains a symbol of high Buddhist spirituality. 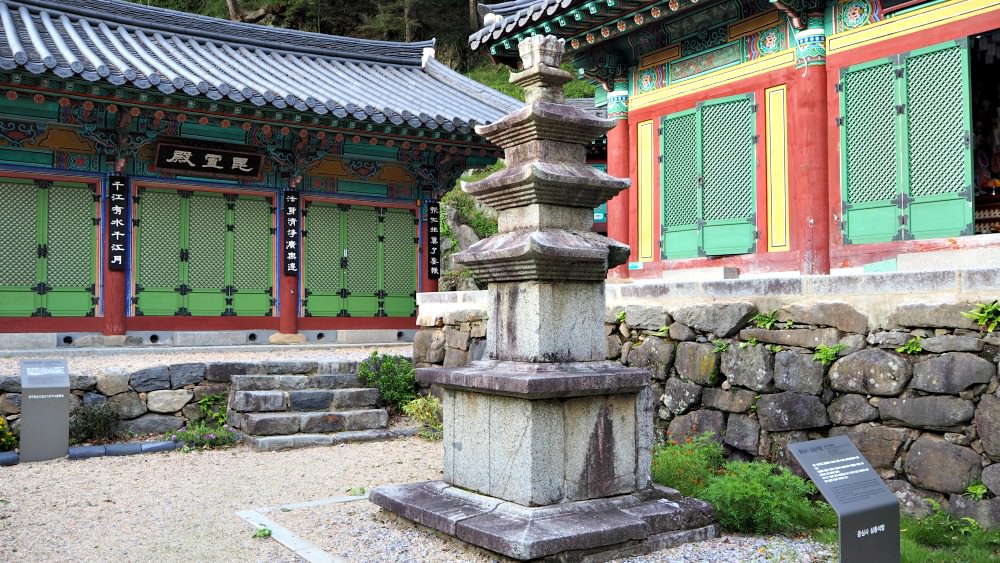 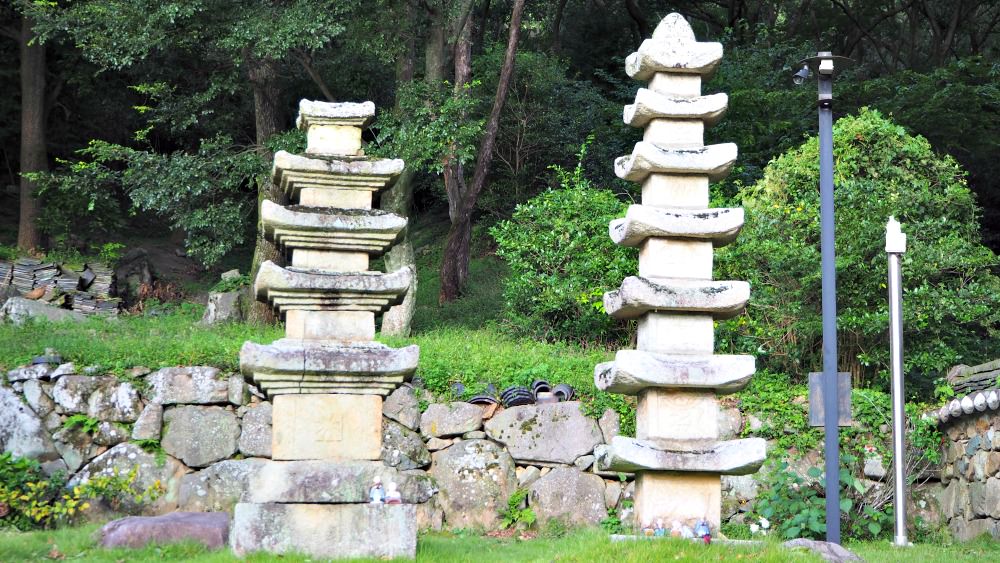 Simple and ascetic facilities are available around the temple area.

But if you want to available their religious services, such as the Temple Stay programme, you can avail of the standard Buddhist facilities during your stay.

If you are driving, you can park at their space (for a minimal fee). A car and even a bus can park.

Accommodation
Three temple halls are available for religious activities. Each can accommodate up to thirty people.

A Basement Auditorium is available that can accommodate up to fifty people. 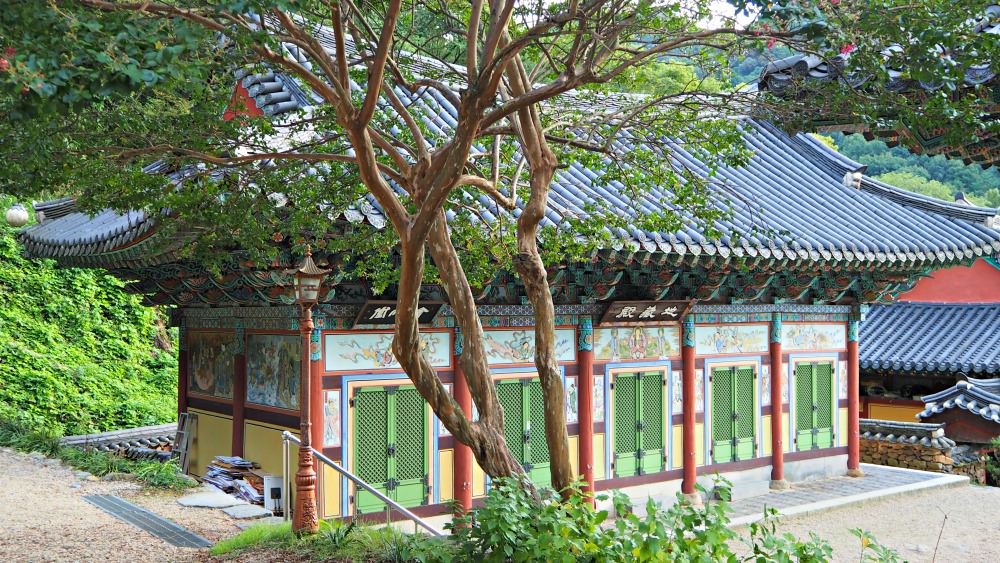 Beautiful view of one of Jeungsimsa's temples 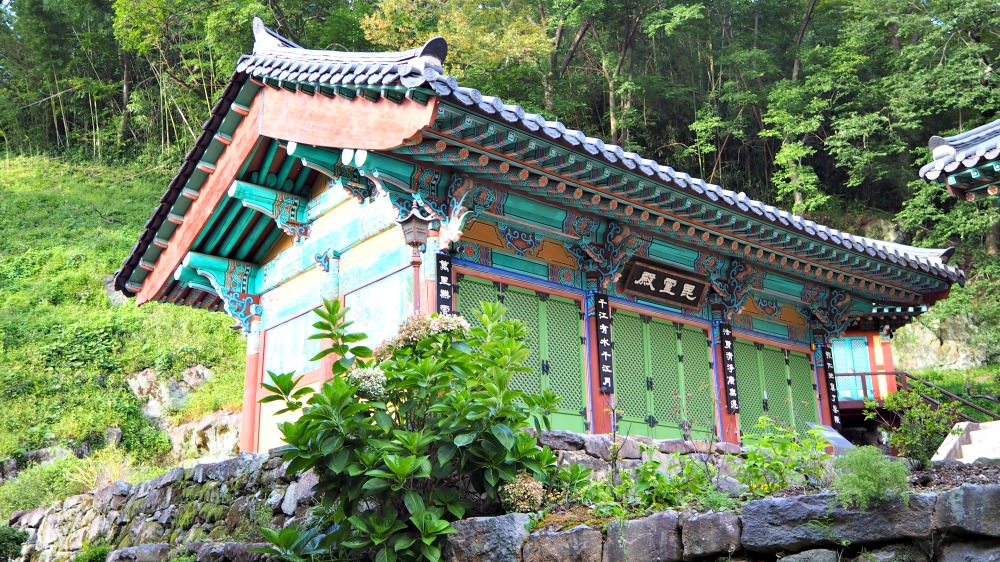 Another temple with trees and bamboos at the background 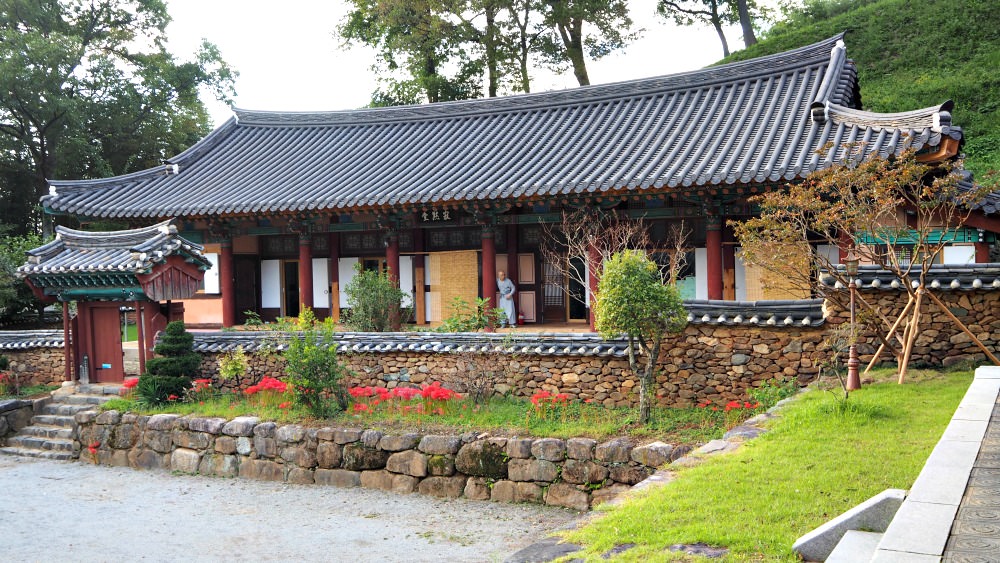 A monks' private quarter inside the temple area

Other useful and exciting facilities include...

For a Temple Stay program, Jeungsimsa Temple has basic three kinds of services

Most Temple Stay programs accept foreign participants, aside from local ones. Usually, the language being used is English during the sessions or when giving instructions for an activity. 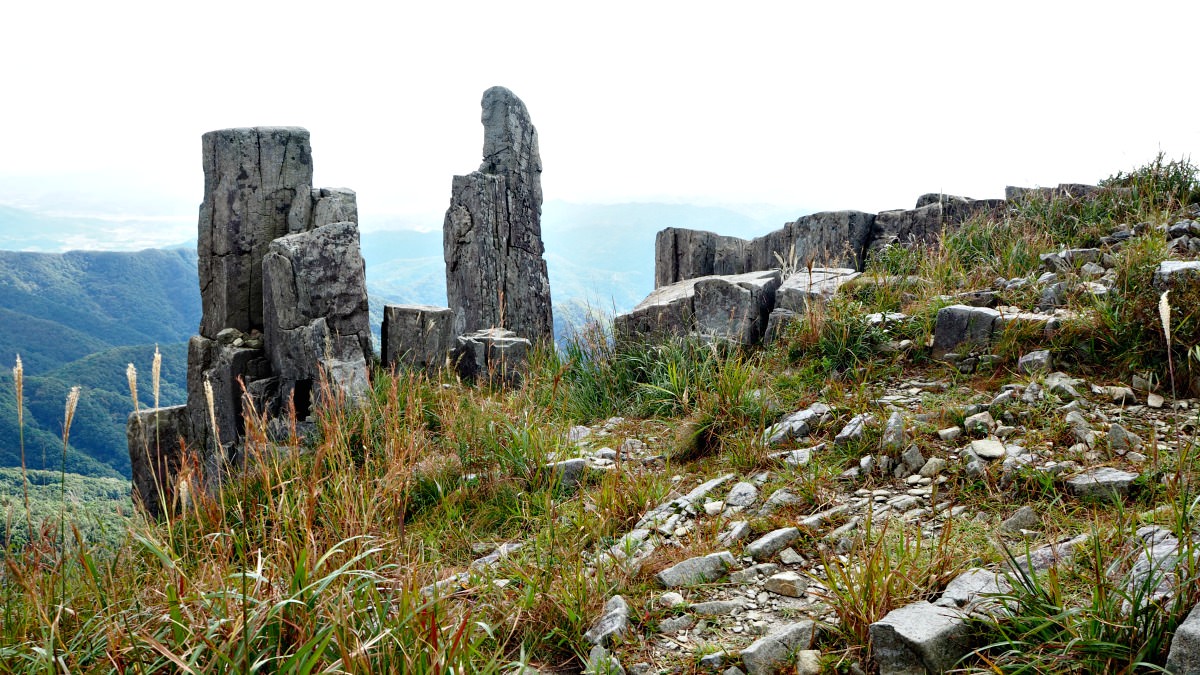 I presume that you know how to get to Gwangju so that you can find Jeungsimsa.

Now, once you are arrived in that terminal, head for the bus Waiting Area and find Bus 09 (through the monitor/screen). This will take you to the Jeungsimsa area's bus stop in around 40 minutes.

From the bus stop, walk for around 20 minutes to the temple area.

By Subway
Get to Hakdong/Jeungsimsa Station (taking Line 1), then proceed to Exit 1.

Finally, I can assure you that this place is worth visiting due to its historical and spiritual value.

Above all, it is established in a beautiful part of the area. More, in addition to the facilities and leisure (hiking) resources, you can explore and enjoy with at this national park.

Should you need further details, please let me know.
I hope you have a great journey!