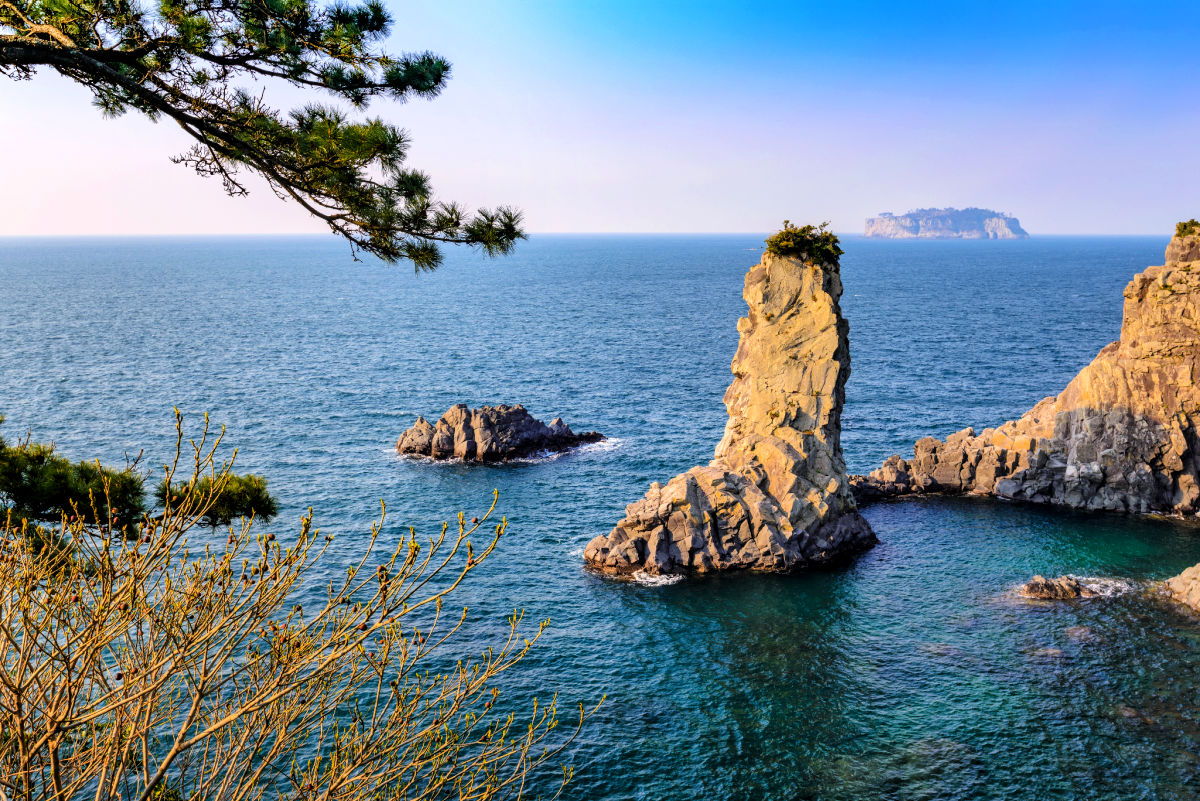 In Seogwipo City, Oedolgae Rock is one of the famous sites you can visit in the area. It is a solid rock of over 20 meters in height. It is the first sight you won't miss to see when you explore the Haegeumgang River and Seogwipo Chilship-ri Coast areas.

Oedolgae Rock is only two kilometers away to the west of Seogwipo City and so great if you wish to hike that distance and enjoy the surrounding sights.

Along with Oedolgae, you will also find Sammaebong Parasatic Volcano that overlooks the beautiful shore. Sammaebong was formed during the volcanic eruption around 150,000 years ago that changed the landscape of Jeju Island.

The Legend of Oedolgae Rock
Oedolgae is a lonely rock located in the sea but not so far from the land. One of the interesting legends says that Oedolgae Rock was actually a human grandmother who transformed into a rock.

This sad story happened while the grandma was waiting for her husband to return home from fishing. So, they gave it another name - Grandma Rock.

The features of the Rock seem to describe that of an older woman. The Rock has a grass-like human hair on its top, while on its left side, you will see the seeming woman's face, which expresses a gesture similar to calling somebody to come home.

Opposite to the Grandma legend, others say that the Rock is a grandfather who died and transformed into this Rock.

Another legend has it called this Rock a General Rock. When General Choi Young of the Goryeo Dynasty fought against the Mokho people who invaded Jeju Island, the general took refuge in the Rock and dressed it like a general.

Having executed that military strategy, he successfully scares the invading enemies thinking the enemies are still strong, which led to believe they lost the battle and committed suicide. 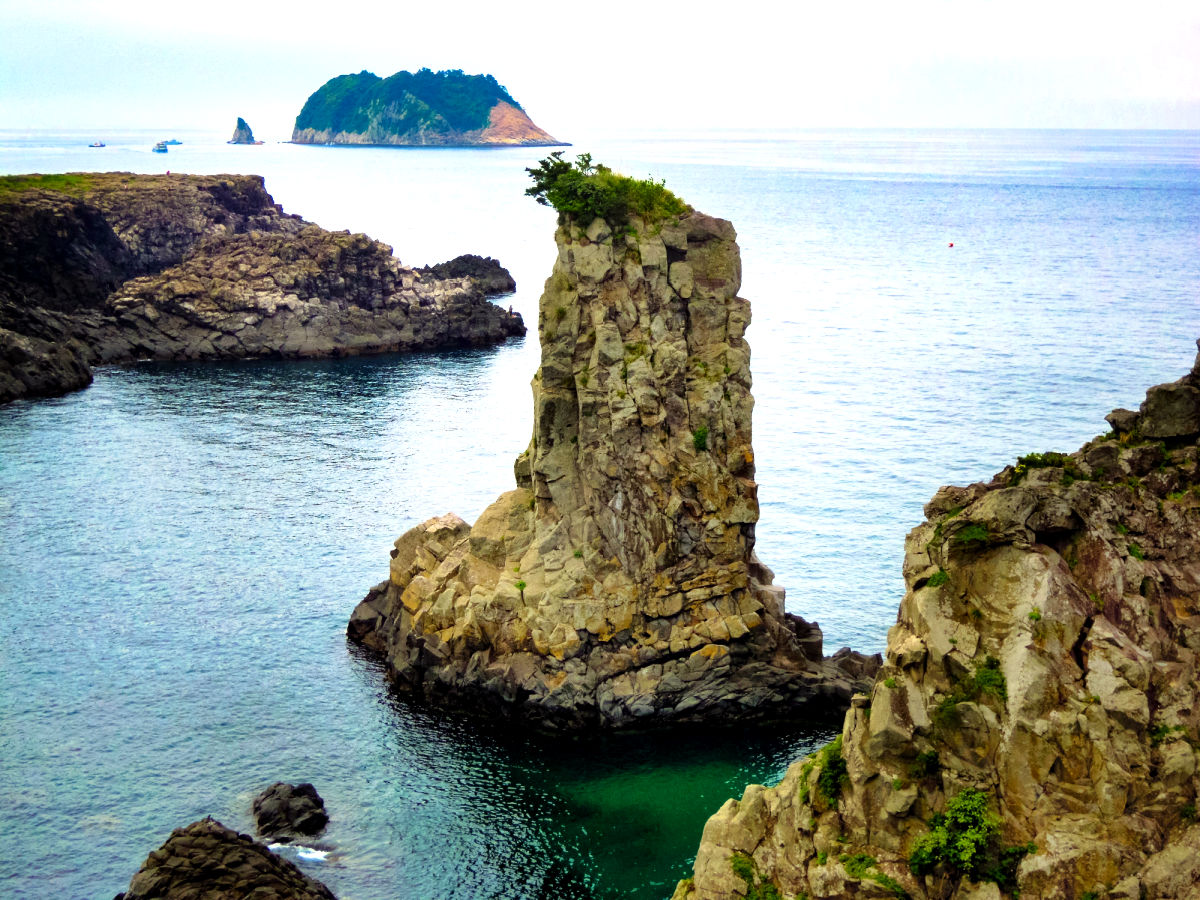 A closer view of the famous and legendary rock of Seogwipo City, Jeju Island

The top of the Rock is a grassy field of reeds. The water around the Rock is a rich fishing area among local fisher folks.
​​​​​​​
The mesmerizing sunrise sight behind Oedolgae Rock is famous. When visiting Seogwipo City and staying nearby, this could be one of the places you want to see in the morning.

Also, the Sammaebong Parasitic Volcano is known to be remarkable both in the morning and evening. Nearby this Volcano, you can explore the natural reserves - Moonseom and Bumseom islands - designated Korea's natural monuments in 2000.

Daejanggeum TV Drama
Daejanggeum is a famous drama based on the true stories of Korea's past. This drama is one of the dramas filmed at this location in 2003. On this location, Hansangoong (Yang Mi-kyung) died due to a false accusation while Daejanggeum (Lee Young-ae) carried her on her back.

Anyway, if you were already around and old enough to watch the drama, you know the story! 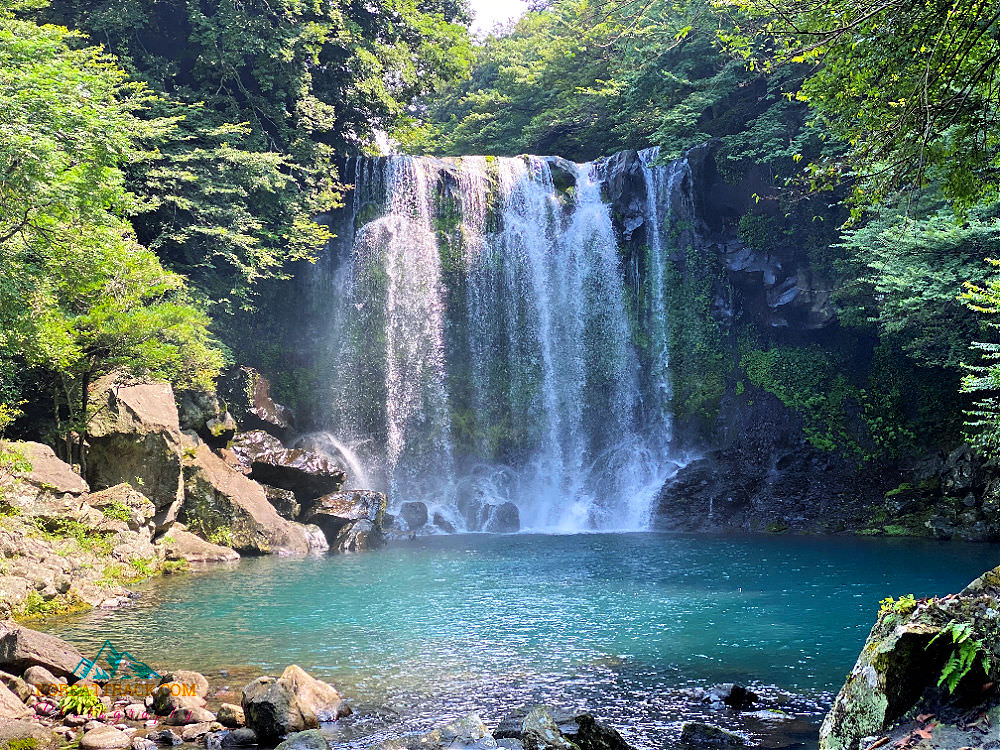 Take public transport to Seogwipo-si (City) from anywhere on Jeju Island. Of course, first, you need to be on Jeju Island, which is reachable by airplane or ferry.

From Jeju International Airport, you can either take a taxi or bus to Seogwipo City. You can also rent a car and drive around the island quicker and more comfortable as you don't have to wait for your bus. Taxis are available in most parts of the island.

Thanks for reading this article.

Keep safe and enjoy your trips!