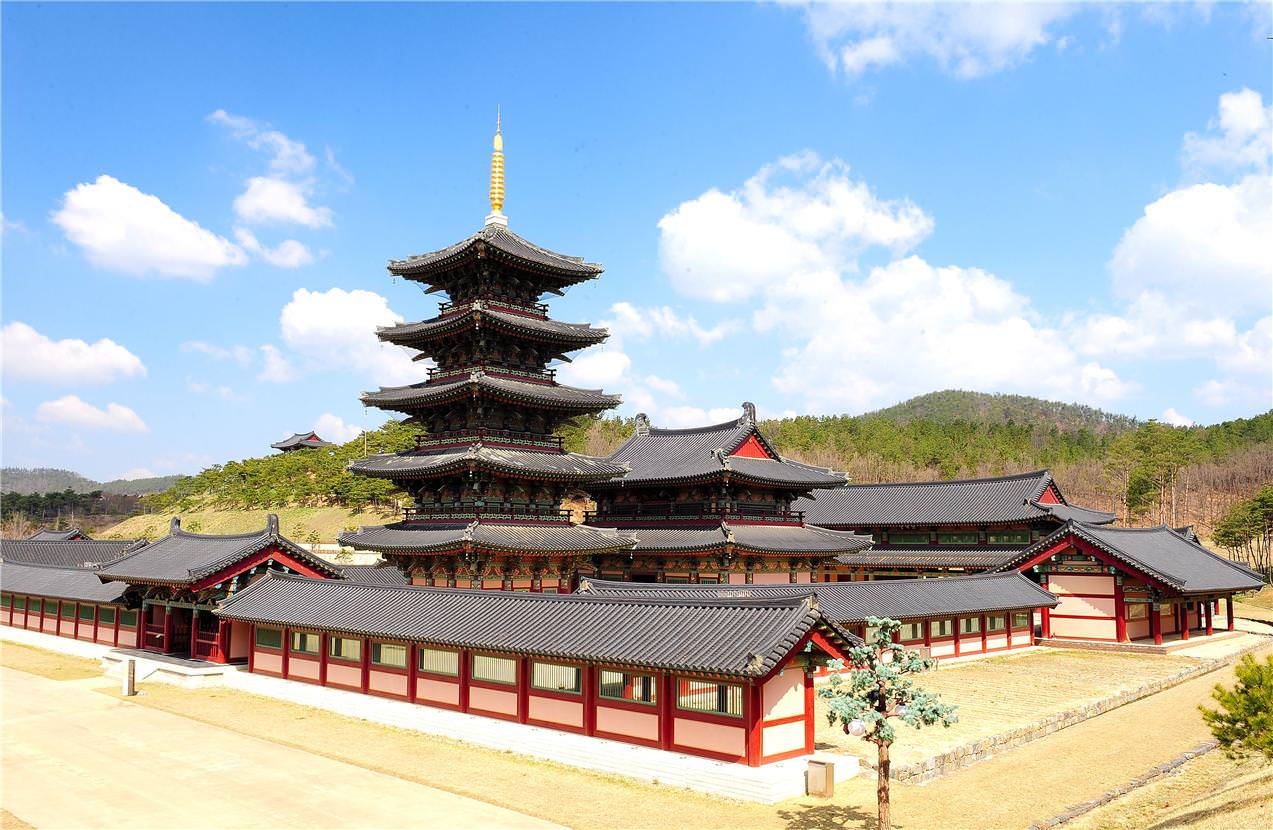 Structures of Baekje culture replicated in Buyeo-gun, the capital of Baekje

Seoul Baekje Museum highlights the history and culture of Hanseong (18 BC-AD 475). Seoul was once part and the capital of the Baekje Kingdom.

You will find various artifacts of Baekje period that can vividly describe that culture of Korea.

Some of the useful facilities include a walking-tour map, a free app, U-Exhibition Guides, and videos that explain the exhibits.

Using the walking-tour map will let you trace other Baekje Kingdom's sites.

The Museum was built to resemble a ship of Baekje in honor of Baekje Kingdom.

The exterior view of the Museum resembles the outline of Mongchon earthen fortress. The ship-like shape symbolizes the Hanseong-Baekje dynasty's maritime power.

Seoul Baekje Museum is determined to make people understand that Seoul has been a city with an around 2,000-year history.

The Museum educates visitors while at the same time preserves and manages the relics of Baekje period.

Baekje developed its power through trades with China and Japan via the Han River and the Yellow Sea.

Although I'm not a native of this land, I really find it very interesting to see some bits and pieces of history unfolding before my eyes.

Seoul Baekje Museum continues its tasks on discovering and learning more about the past through this period in time.

The Museum carries out further investigations, archaeological activities, research, and exhibitions of their discoveries.

The Museum is quite easy to find, not like unearthing some artifacts!

Yes, you can take any public transport to get there in a jiffy and explore and study the exhibits.

Seoul Subway
Take Seoul Subway Line 9 and get off at Hanseong Baekje Station. Then get out from Exit 2 of the station.

You can also take Line 8 and get off at Mongchontoseong Station. Proceed to Exit 1 and walk down about 650 meters towards the Olympic Park South Gate 2.

Alternately, you can take Line 5 and get off at Olympic Park Station. Proceed to Exit 3, and walk down about 1,000 meters towards the Olympic Park South Gate 2.

Further additions to this article will be provided as updates, including more photos.

Thanks for reading this page and I hope this is useful. Please, share if it did help.

Enjoy your trip to the Museum!