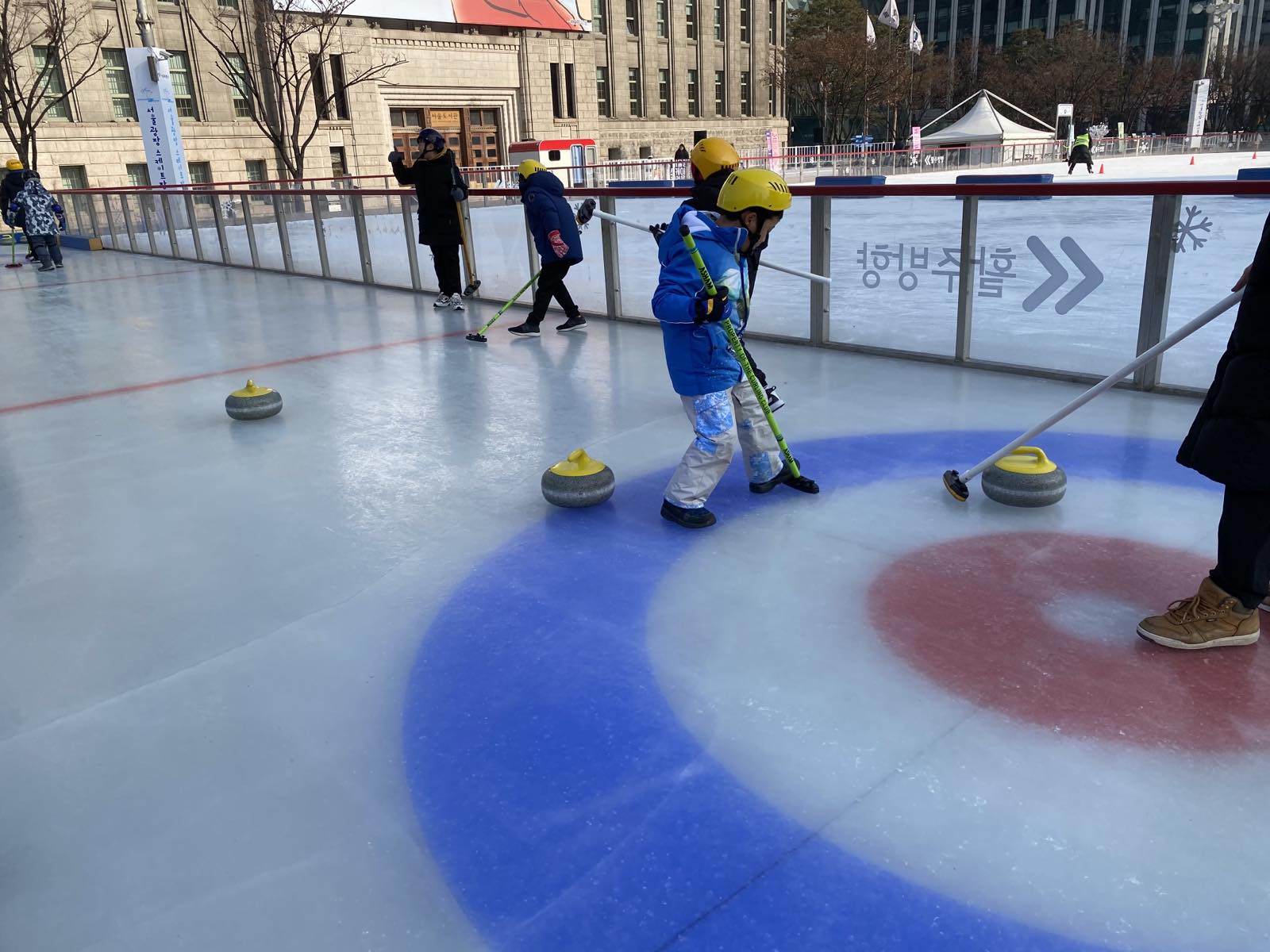 Seoul City Hall is a government building for the Seoul Metropolitan Federal Government in South Korea, responsible for the administrative functions of Seoul. It is located in Taepyeongno, Jung-gu (District), at the heart of Seoul.

One thing very noticeable about this government structure is its shape. For me, as I see both structures regularly, I found them thought-provoking.

For one, the new Seoul City Hall building has a very modern design which looks like a bellowing wave moving towards a landmass.

On the other hand, the old city hall is a Western-style structure, which was a favorite Japanese design during that period.

What I am saying is that they are both pleasing to be explored--for both historical and artistic aspects. Now, let me continue by describing some features as below...

In front of the existing municipal government is the old city hall building, which is converted into Seoul Metropolitan Library. Right in front of the library is the new city hall's plaza.

The Governor-General of Korea first built the old City Hall in 1926 throughout the Japanese occupation of the country. Registered as Cultural Heritage Number 52, initially, was made use of as the head office of the governor-general of Korea.

At the end of the Third Battle of Seoul in 1951, during the Korean War, communist Chinese and North Korean soldiers fought successfully.  They were able to drive away the American and the UN forces out of the city.

The city hall was reconstructed and renovated many times. The main building is a designated registered social building of the Republic of Korea.

The North building was constructed in 1962 while the new building in 1986. Both were demolished in 2006 to make way for a brand-new city hall building.

Original plans called for the historic structure to be razed and replaced with a brand-new layout, yet assistance for conservation put a stop to demolition. The Cultural Feature Committee, under the Cultural Heritage Administration, signed up the building as a historic relic.

Ultimately, a compromise was reached, preserving the front structure facing Seoul Plaza Hotel. The agreement also allowed the building of a contemporary structure behind the old one.

A big electronic clock for the structure was mounted in 1975 and changed with an analog counterpart.  The building was rebuilt and converted into a library in compliance with the competitors competing to build a brand-new city hall.

The structure, registered as a national treasure, became a library with a collection of more than 200,000 books and other publications.

The previous city government of Seoul was constructed in 1925, during the Japanese occupation in Korea.

It is an instance of Imperial Crown Style architecture, and functioned as the city government's office from Korea's liberation in 1945, up until the construction of the modern building in 2008.

In 2012, August 12, the new City Hall was opened to the general public. The local government moved in on September 1 in that same year. The construction took four years and five months to finish.

The city hall's square is not just a lovely green and spacious area, but it also functions for various activities and events.

During the summer and harvest period, the government organizes bazaars and agricultural festivals, displaying all sorts of products delivered directly from farms in the countryside.

You can buy produce (such as cabbages, oranges, apples, carrots, etc.) at lower prices compared to the regular market prices. It is a festive atmosphere as you can eat free samples of farm products and some Korean food.

Of course, those events are seasonal. Most probably, varied events and activities are held and are mostly different each year.

I will continue updating this article to describe better what Seoul City Hall has to offer when you decide to visit somebody. But know that this area is part of the tourist destinations.

Close by the City Hall, you can quickly move and explore the following places, for example...

Please, keep monitoring this page, and I hope you have a fantastic journey always.