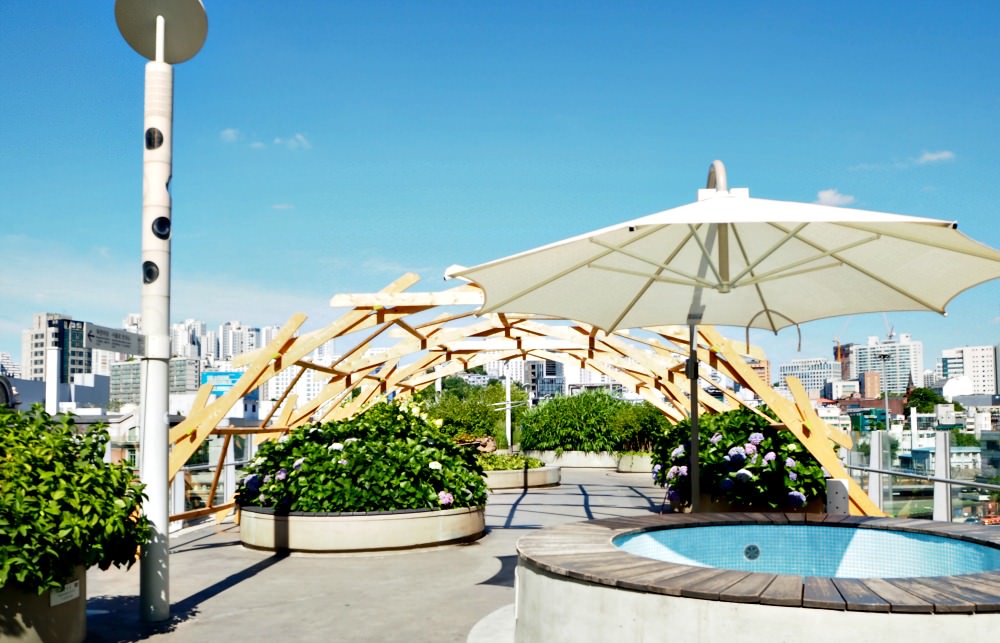 Parasol and footspa at Seoullo 7017

Seoul Station Hanging Garden is a renovated overpass located near the old station of Seoul.

Greens and flowers are all you can see during day time. And it is alive during the evening time due to the lightings with mesmerizing tones.

You will see and enjoy...

This sky garden is for all people to explore and spend leisurely time with. It is an entertaining and relaxing space above the busy streets below it.

Cars, buses, taxis, motorbikes, and even trains pass underneath this hanging garden from where you can see them come and go.

Of course, I have seen how this concrete structure has changed over time. It used to be a busy overpass above the congested main thoroughfare of Seoul Station, the busiest train station in South Korea.

I am so delighted that they turned this concrete jungle into a green hanging garden. This changes the 'stressful" atmosphere of Seoul Station area into a creative and relaxing place.

Although I called this haven "Seoul Station Hanging Garden," the organizer of this place calls it "Seoullo 7017". Some also call it as Seoul Skygarden or Skypark. 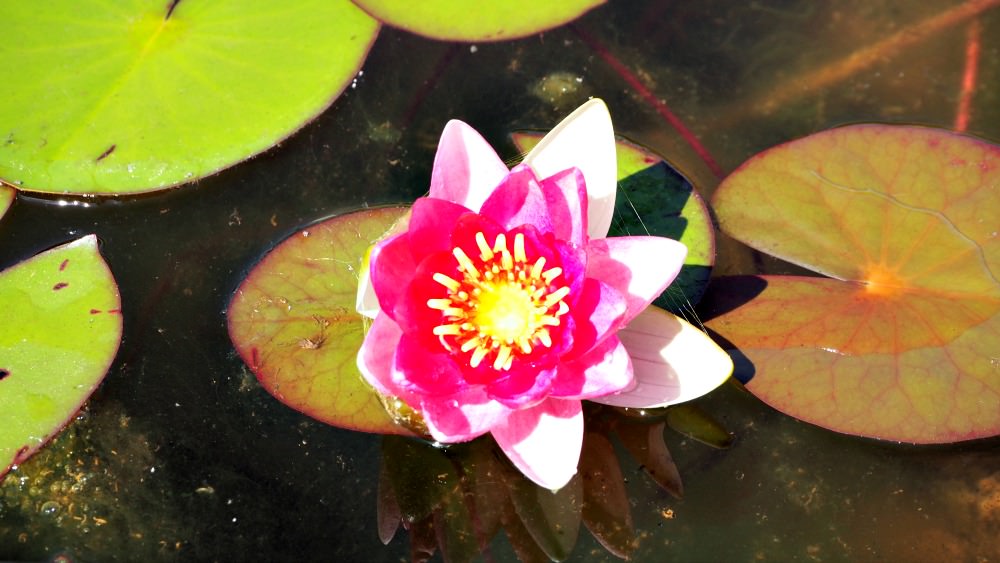 Seoullo 7017 sky garden is about one kilometer long. They say it has over 20 thousand plants mimicking the New York City's High Line.

By the way, the "70" in 7017 implies the year when this overpass was built, and the "17" refers to the opening year of this sky garden in May that year.

With that number of plants, they say that it may become an urban nursery for all sorts of plants, including trees, that will be replanted wherever necessary in the city.

For more figures, the Seoul Station Hanging Garden houses over 200 species of trees, flowering plants, and shrubs which are both local and from outside the country. 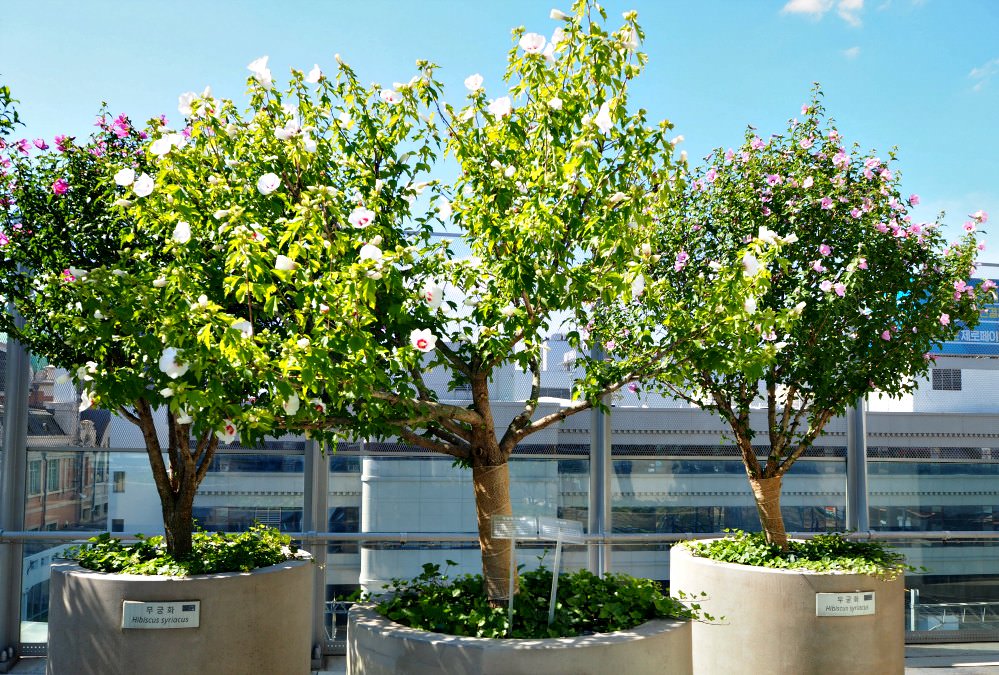 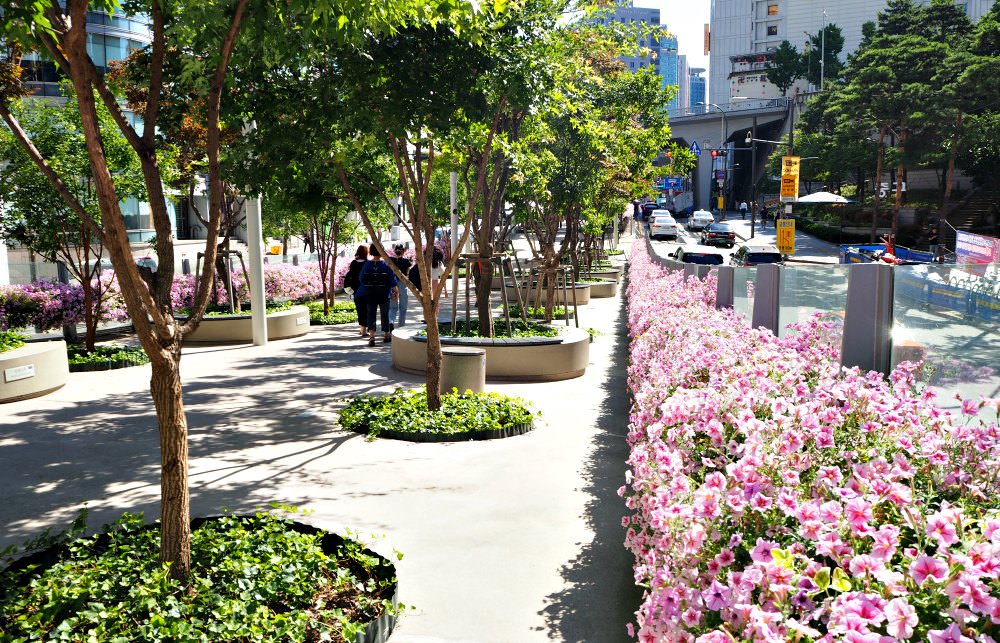 After the Korean War, Seoul officials started planning to construct elevated highways to improve the congested traffic in the 1960s.

However, a few decades later, these overpass highways became eyesores due to its structures which block the city's landscape.

Citing that they are not only unsightly but also dangerous, they are slowly being dismantled. I think that the construction of the underground or subways have taken over the function of this transportation structure.

Seoul Mayor Park Won Soon planned to spend millions of dollars (around 52USD) to make the city feel and look more environmental by creating more sky parks and garden for all. 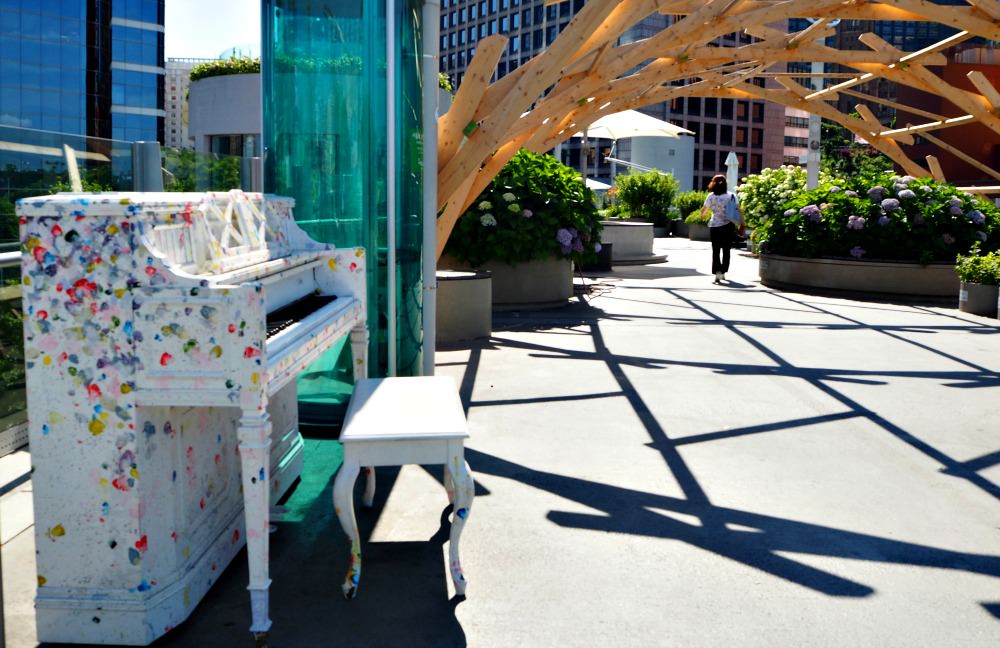 A piano for all 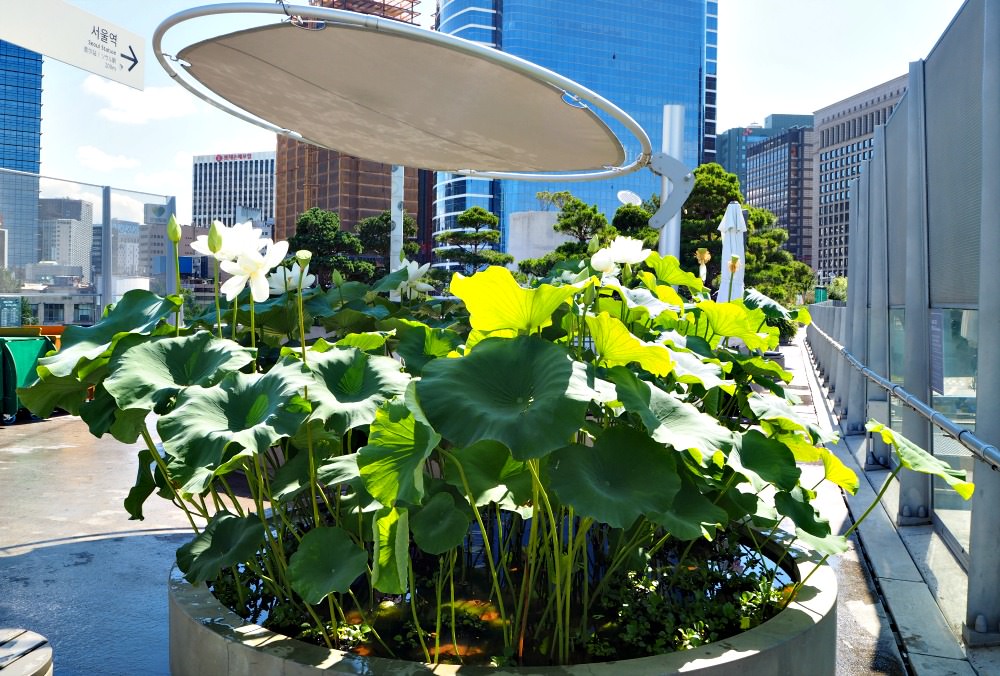 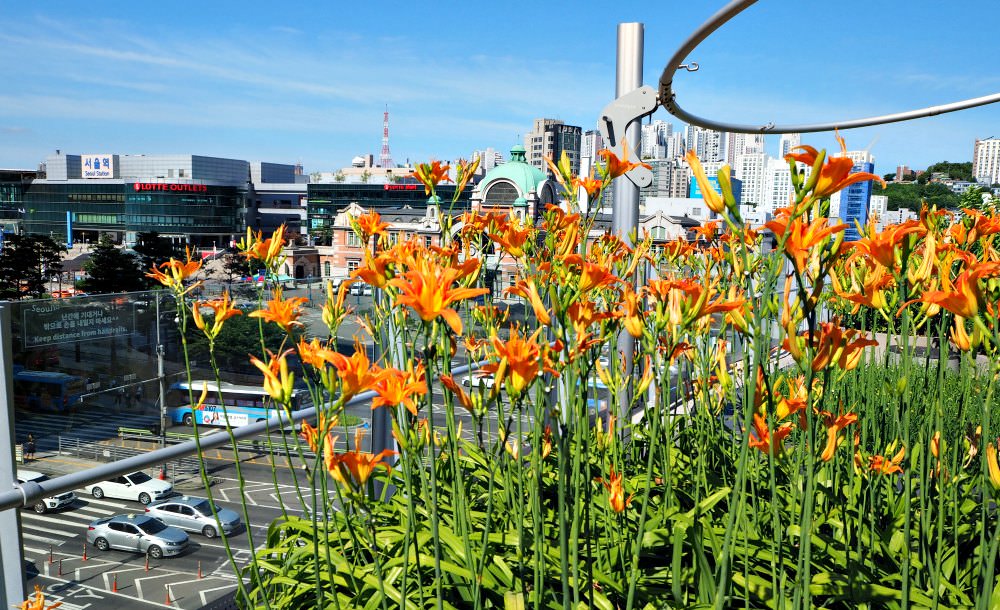 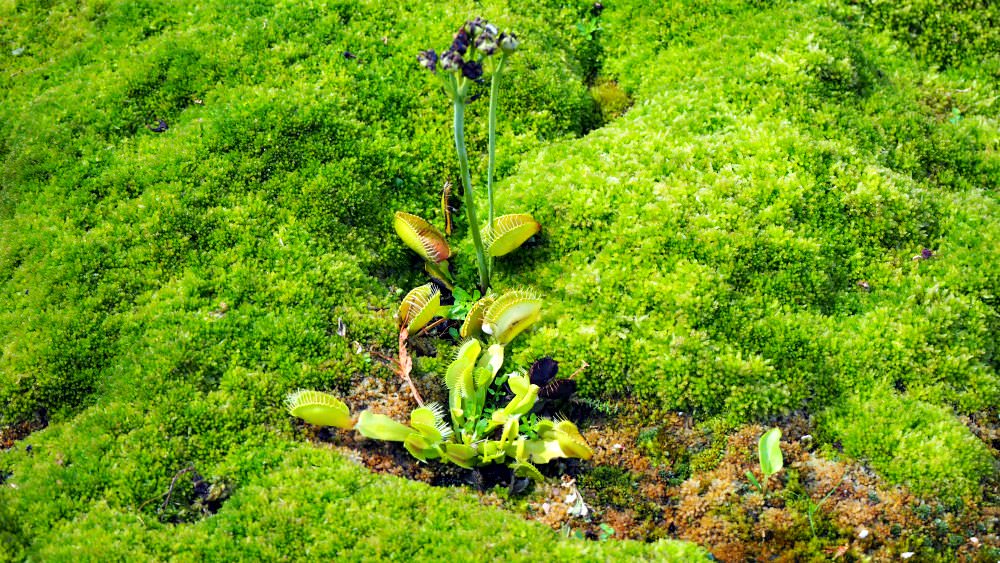 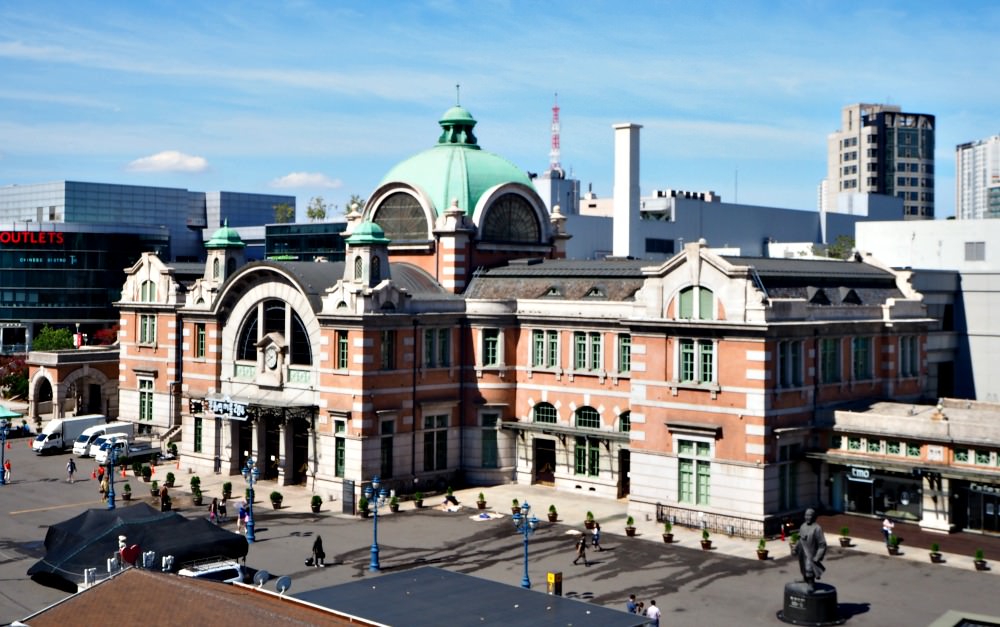 getting to seoul station hanging garden

Get there by taking any available public vehicles--bus, taxi, subway. If you are taking the subway, simply get off at Seoul Station which is interlinked with various subway lines.

It can also be reached from Namdaemun (Gate and market) at Haehyeon Station.

Exit 1 of the Subways of Seoul Metro is the closest stairway to the park.