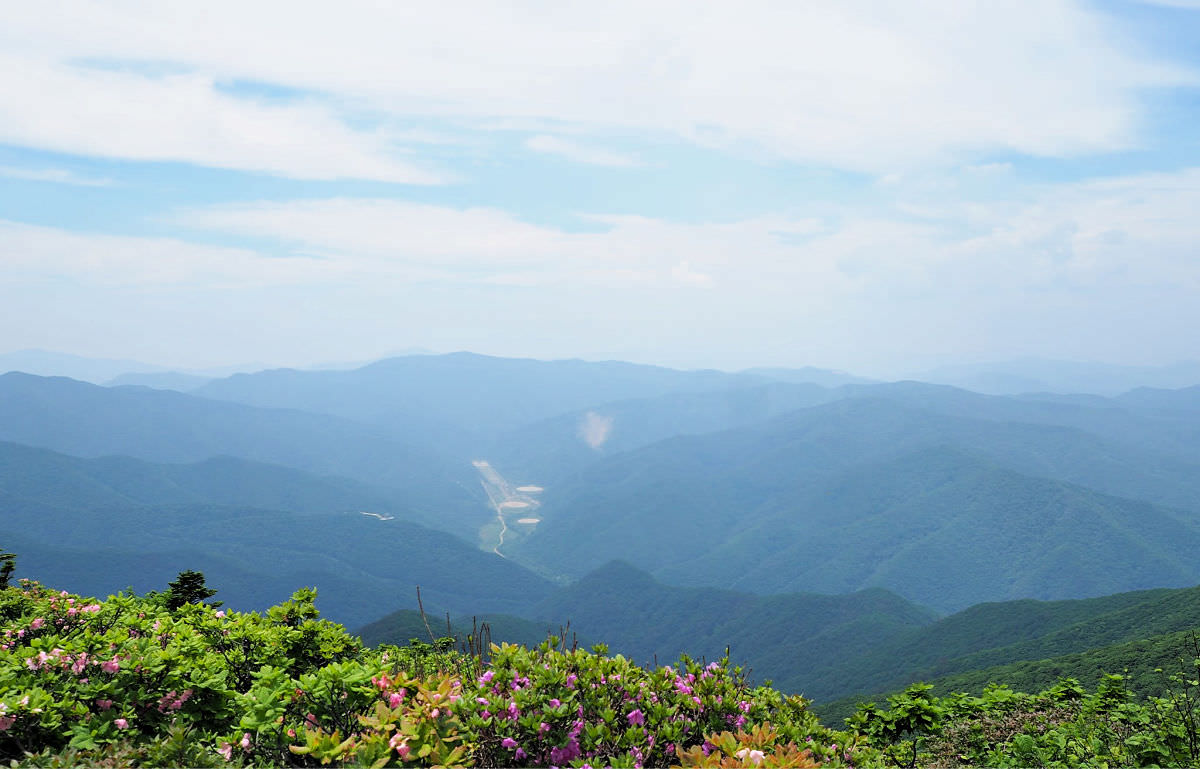 The characters tae-baek-san means “big white mountain” from Hanjas ‘tae’ for big, ‘baek’ for white, and ‘san’ for the mountain.

It is the latest addition to the list of national parks in South Korean. The park stretches from Yeongwol County in Gangwon Province to Bonghwa County in North Gyeongsang Province.

This beautiful and 22nd designated national park (on August 22, 2016) has an elevation of over 1,500 meters above sea level. 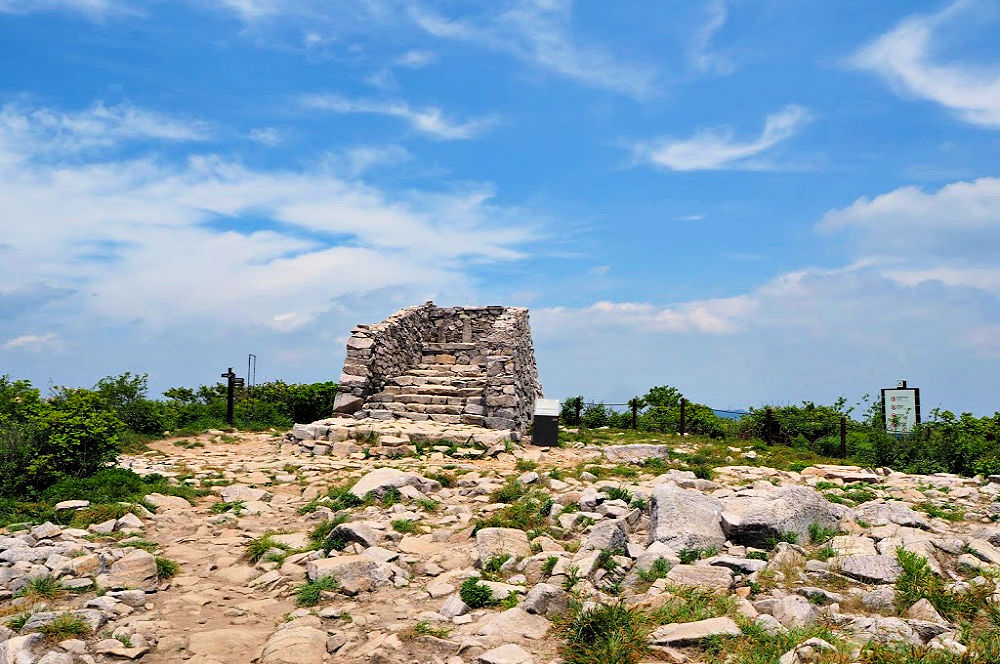 Janggunbong "general peak" altar is the highest peak of Taebaeksan 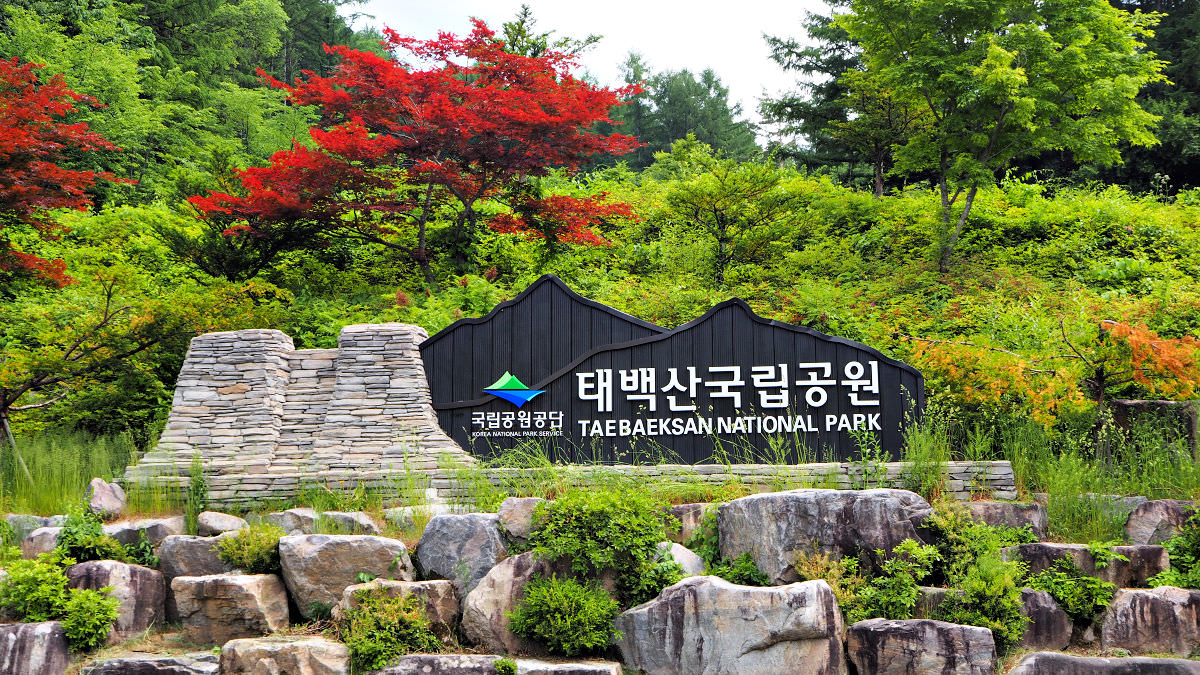 This Big White Mountain is considered the most sacred among Korean mountains by believers, especially for shamans.

It is the very mountain that the Korean nation was founded according to the Korean myth. The mythical founder was Dangun, who was believed to be sent from heaven.

In fact, when you are hiking to the summit of Taebaeksan’s Janggun-bong Peak (over 1500 meters) and Cheonjedan, you will find a shrine dedicated to the founder Dangun.

Included in the admission fee is the Taebaek Coal Museum, where you can see the history of coal mining in this part of the country. 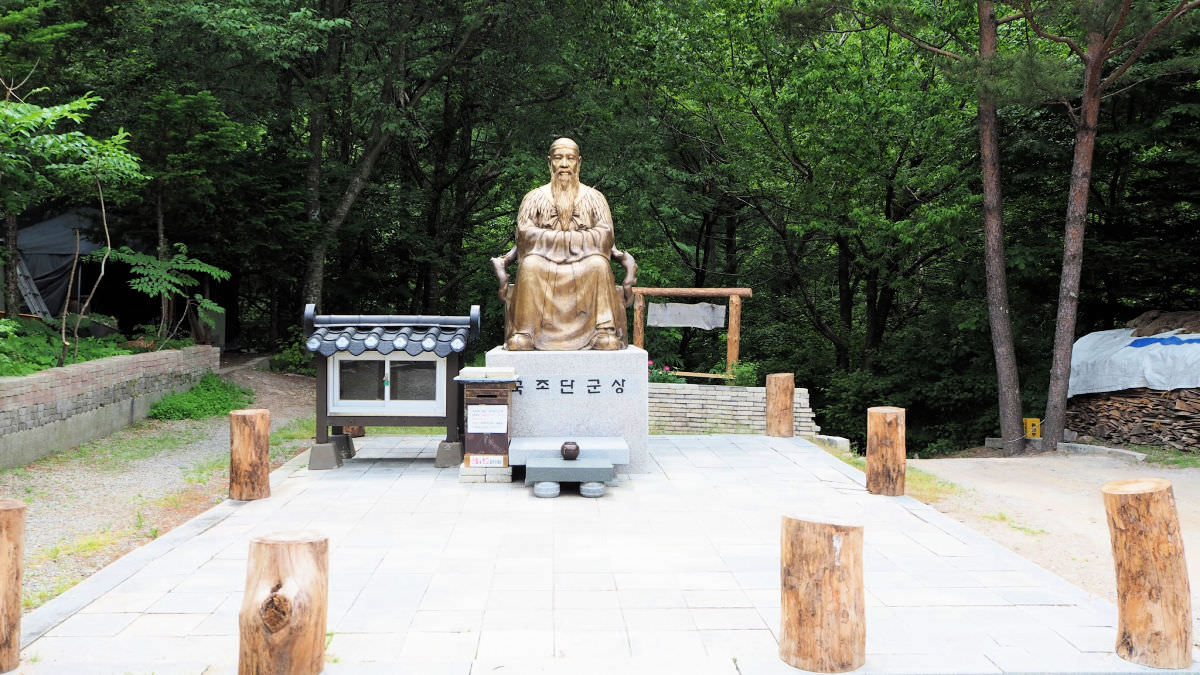 A statue of Dangun, founder of the Korean people, at Taebaeksan's mountainside 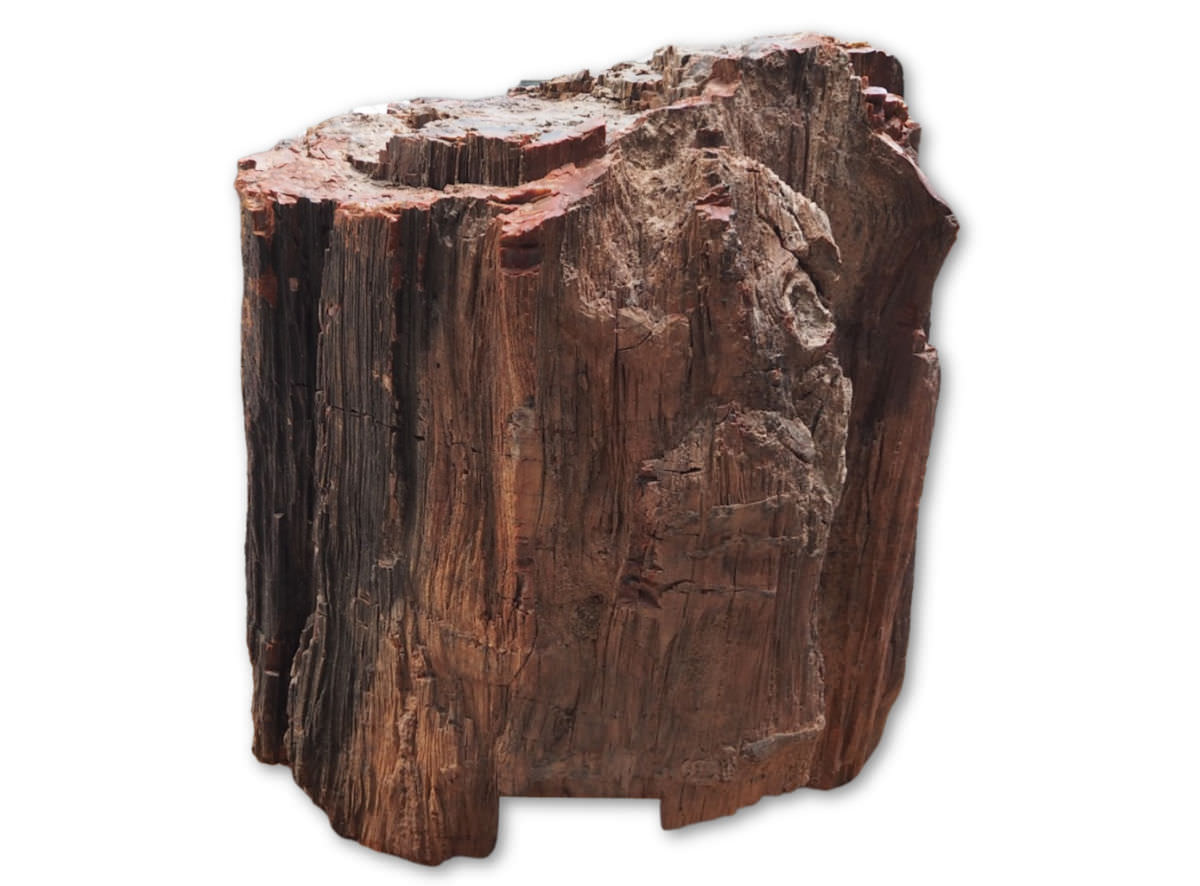 Aside from the overall beauty of the mountain--Winter, Spring, Summer, and Fall features, you will also discover national treasures and cultural assets being preserved and protected in various areas of the park.

The major ones include…

Manggyeongsa Temple
Manggyeongsa is located in Yeongwol-gun (County) which is around 1,460 meters above sea level.

This temple was built to house and enshrine the Bodhisattva of Wisdom statue. A Silla Dynasty monk named Jajang built this temple.

The famous ‘Dragon Spring’ established at the entrance of the temple is considered the tallest spring in the country so far.

Azaleas and Yew Trees
During the Spring, beautiful and colorful flowers of Azalea bloom giving colors to the summit ridge of Taebaeksan.

Among other ancient trees, the Yew Trees will be adorned with frosty ice on their twisted trunks and branches providing a different look like a natural form of art. 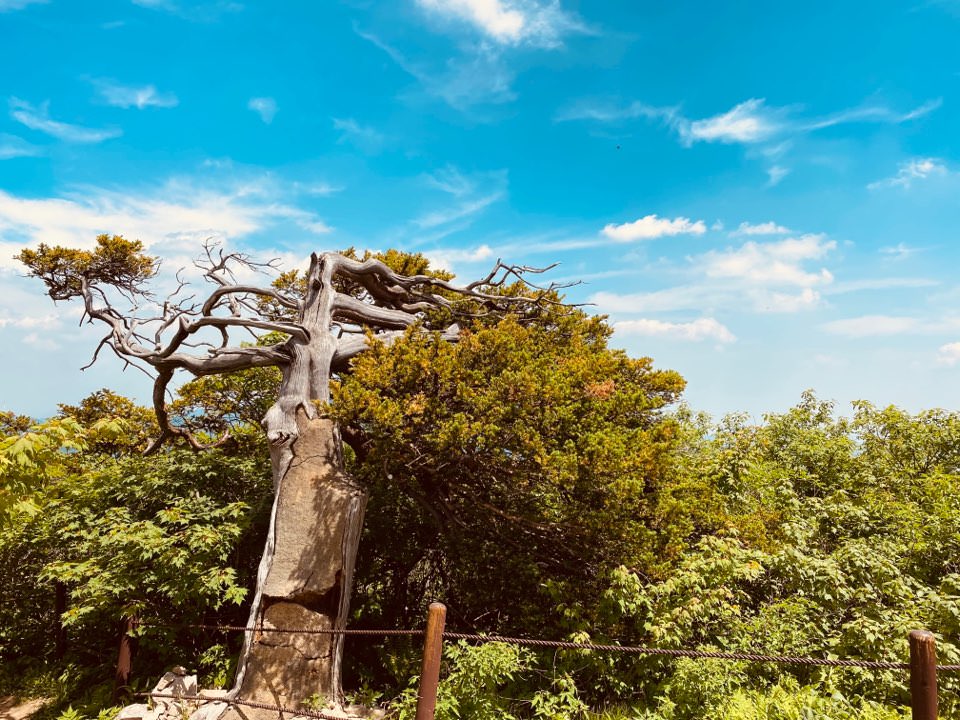 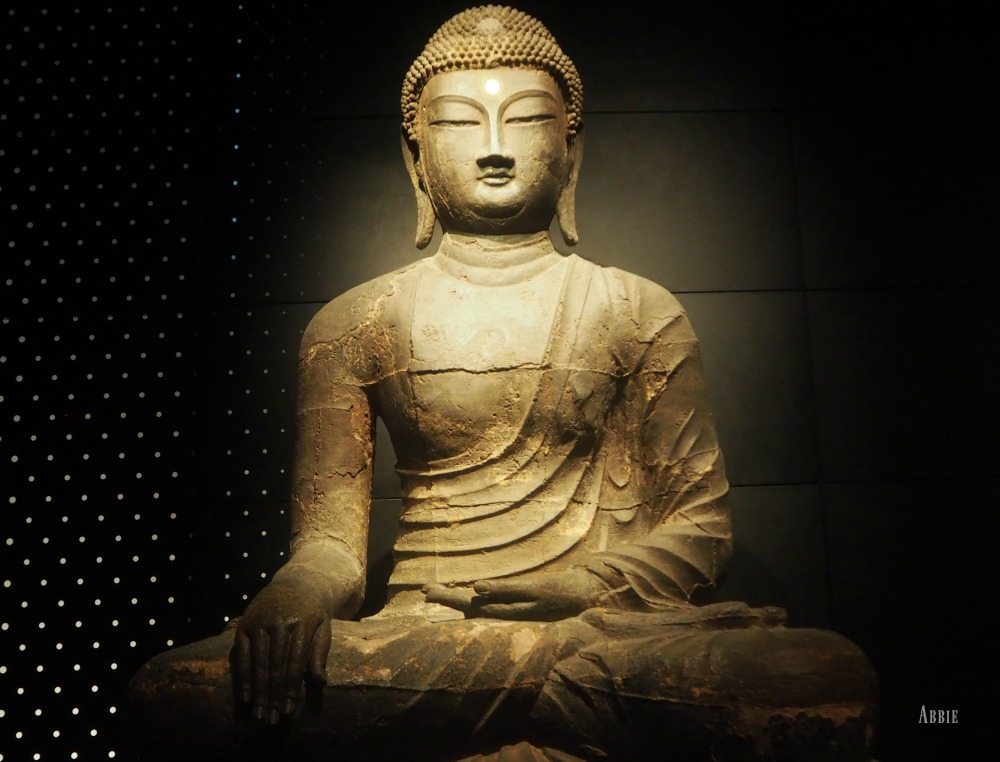 Mountain Peaks & Cheonjedan
Considered as the holiest among mountains in South Korea, one can easily find the highest peaks on Taebaeksan ancient shamanistic altars.

These altars are called Cheonjedan, which made their homes on the peaks. The Shamans offer their supplications to the mountain god(s) using incantations and offerings to appease the gods or ask for favors.

A Cheonjedan is stone structures believed to be used since the Silla Dynasty period. The ceremonies are usually performed on New Year’s Day and during Taebaek-je (festival) in early October.

The Cheonjedan is about 4.5 kilometers hike Northwest from the main entrance of Taebaeksan Mountain. 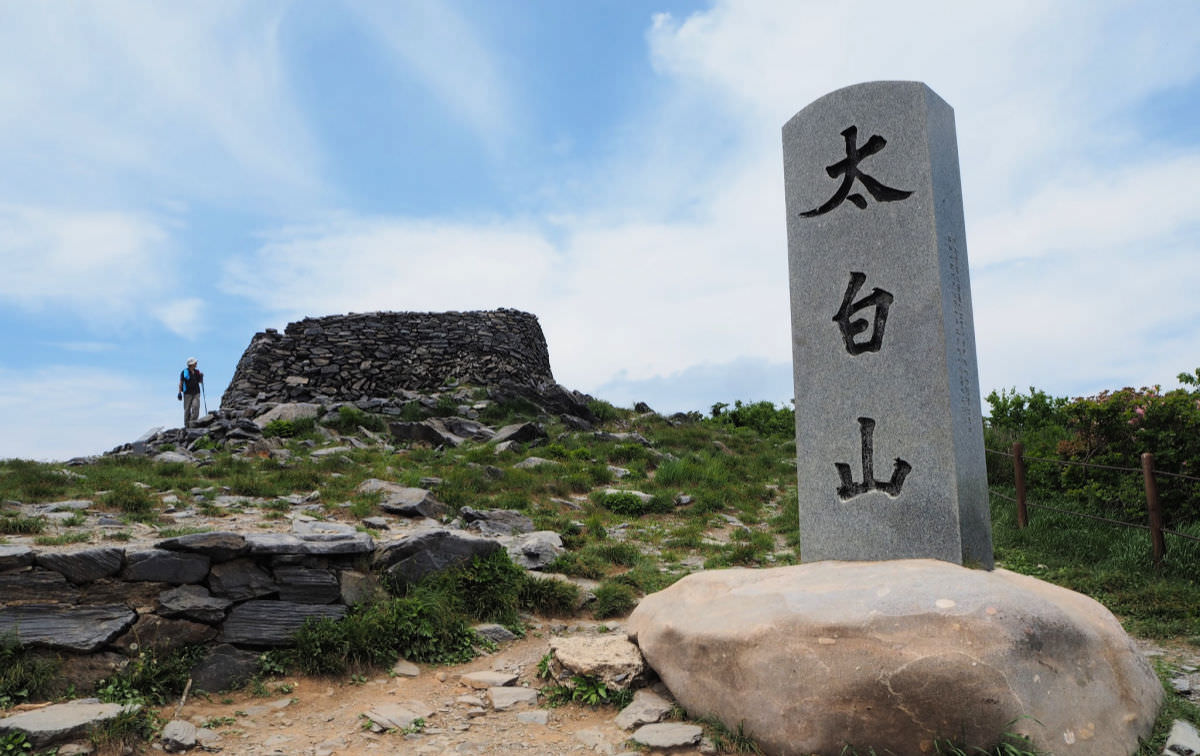 Cheonjaedan Altar on top of Taebaeksan 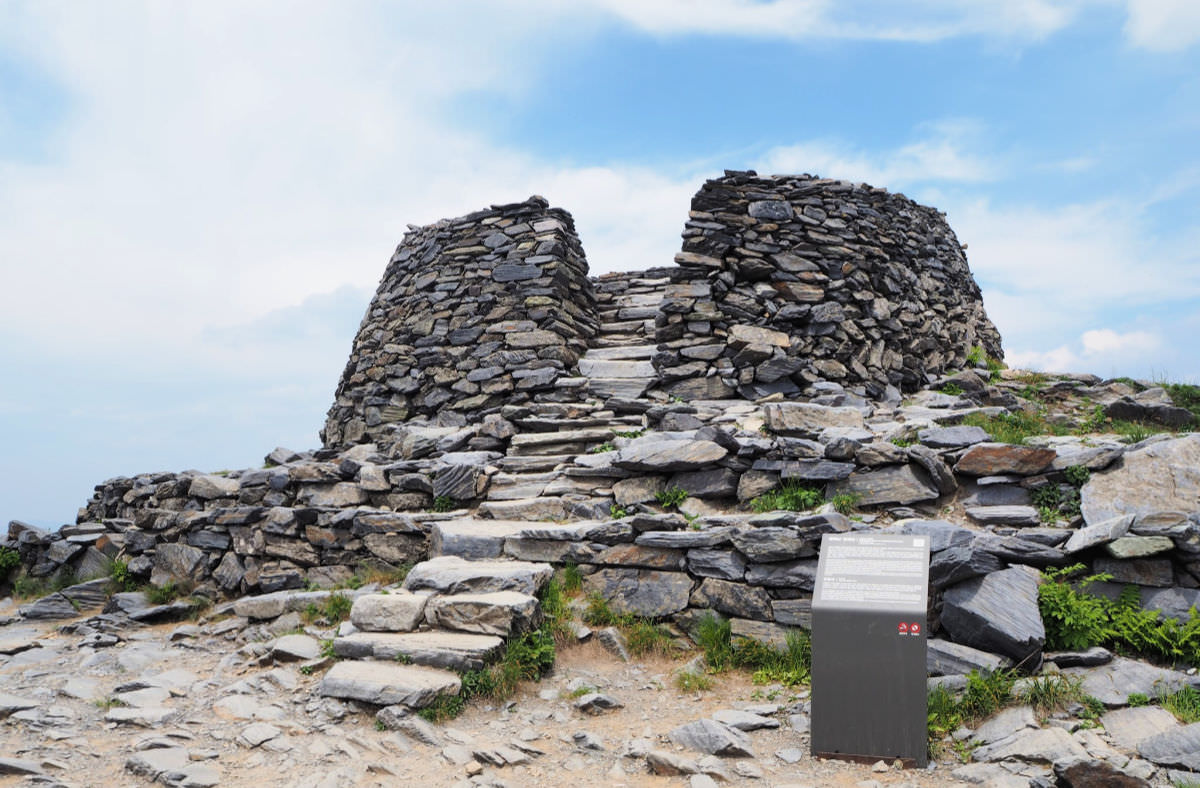 Cheonjaedan (Altar) on the peak of Taebaeksan Mountain

Due to that natural feature, locals and officials organize the Taebaeksan Mountain Snow Festival. The festival is enormous and includes…

There are also performances on the weekends during the festival season. Entering into the park is FREE, but there are special fees for some hands-on programs.

Check out the link for more details: festival.taebaek.go.kr (Korean only)

Getting To Taebaeksan National Park

From Seoul, head to Dong Seoul Bus Terminal to Taebaek (Terminal) which will take around 3 hours (approximately 28,000 Won).

Then from Taebaek, you can hire a taxi to Taebaeksan National Park will take around 10 minutes (12 kilometers for 14-17,000 Won).

From Taebaek Bus Terminal, you can also take a bus for Danggol then get off at Taebaeksan Park.

NOTE: This page will be updated with my personal travel experience of the park. So, stay tuned for the exciting photos and details.

Thanks for visiting this site. If you find this useful, please share with friends.
Keep safe, and have a pleasant journey.