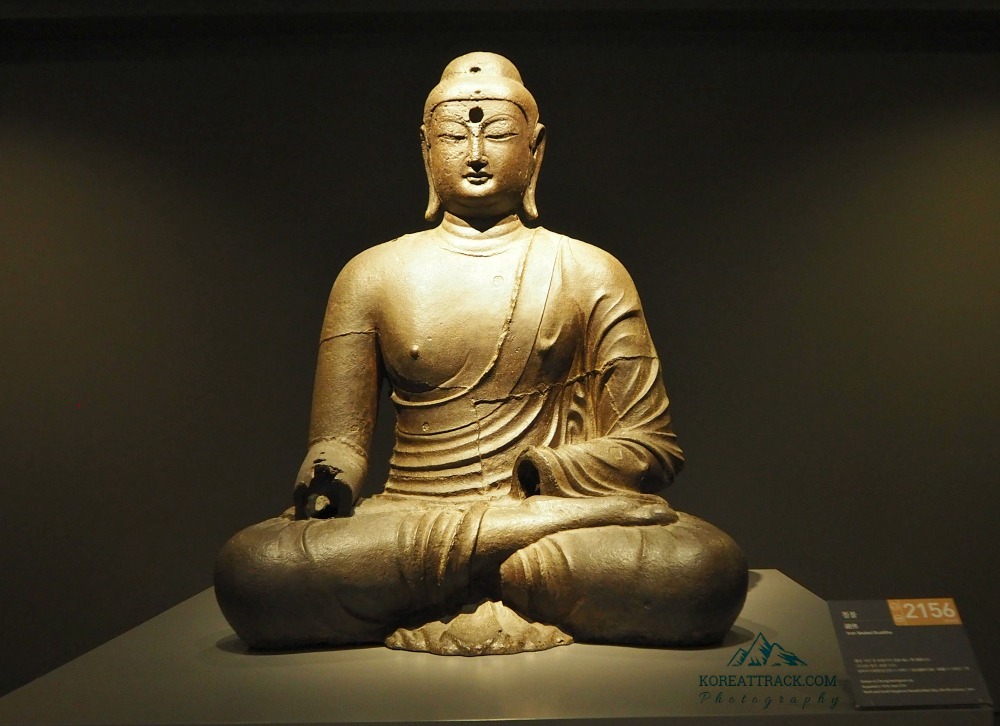 A Seated Iron Buddha, found in Chungcheungnam-do, in the National Museum of Korea (Photo: Abbie)

Woraksan Mountain was designated as the 17th national park in 1984. Its highest peak, Yeongbong Peak, is over one thousand meters above sea level with 180-degree fantastic vistas of the surrounding areas.

Among the many beautiful features, the mountain park has…

In particular, the famous Mireukri Temple is known for its beautiful temple relics and natural surroundings.

The temple houses a famous Standing Buddha statue and the Three-story Stone Pagoda which appeared in the stories about the last crown prince of Silla Dynasty called Maui Taeja.

This mountain park is famous for its steep and sharp-edged rocks, cliffs and various rock formations with shapes of tigers and other interesting shapes, especially among mountain hikers.

Many considered the mountain mysterious and enchanted while others revered it as a sacred mountain since the days of old.

Guksabong, in particular, is the one considered the most sacred of them all. Believers of the mountain god (Sansin) offers prayers and offerings including incense, food, drinks, and other symbols.

The park is composed of various cultural and historical treasures that are being preserved. These features include…

In the north of Woraksan, Chungjujo Lake exists with its blue water; while in the east there exist beautiful vistas of Danyang and Sobaeksan Mountain National Park.

In the south of Woraksan, Mungyeong Saejae and Songnisan (Mountain) National Park surrounding it.

Among many famous peaks, Woraksan Mountain National Park is consists of…

Each of the mountains mentioned above is over one thousand meters high forming groups of mountains within Woraksan Mountain.

NOTE: This page will be updated with my travel experiences shortly. So, please keep in tune.

Thanks for reading this page.