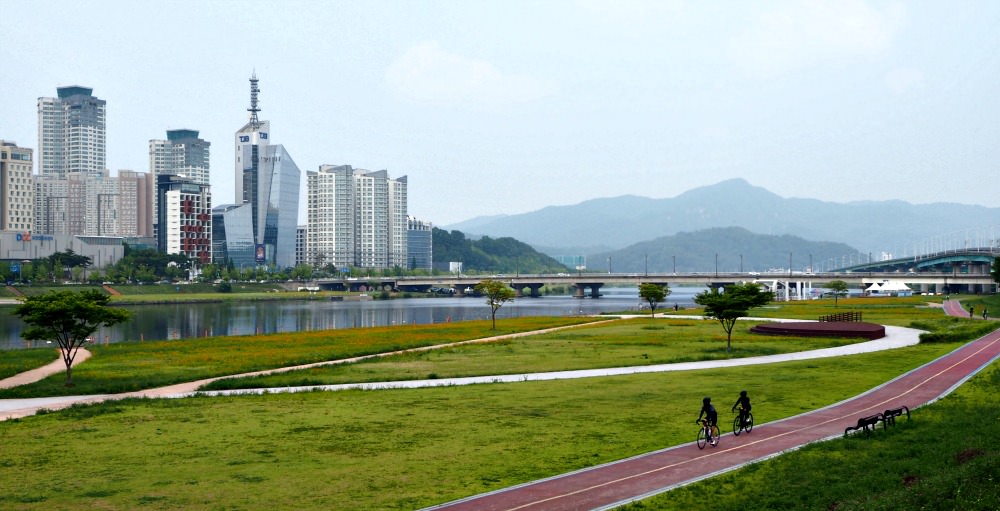 Beautiful cycling routes in Korea offer refreshing roads for people seeking a bit of relaxing and healthy means of exercise. More than that, a serious cyclist can also take advantage in exploring best cycling routes that extends from coast to coast. See more below to find your choice of cycling trails in the country.

Cycling in Korea is one of my favorite outdoor activities. Although I am a solo cyclist with my mountain bike, I love to explore routes that I thought serene, beautiful, and worth my time.

South Korea has 1,700 cycling routes, more or less. Although people here cycle all year round, the most popular months are from April to September (Spring to Autumn seasons).

As a self-proclaimed cyclist, I  believe I still have much to learn about it. And I still have many places to explore and routes to cycle in Korea, which are perfect for a cyclist like myself.

I have cycled around Jeju Island with a friend some years back. I did it twice. I even tried cycling the uphill climb to the so-called Deokgaebi-gil or the "Goblin Road", which passes along the steep side of Mount Hallasan.

When I was in Mokpo City, I used to cycle on many roads, especially those with scenic views by the sea of Hallyeohaesang National Park in Jeollanamdo (South Jeolla Province).

As I moved to the Seoul area, I have been crisscrossing the routes along the Han River and Incheon.

As I don't know the cycling routes in South Korea, I searched online and found a website that I thought is providing handy information about cycling.

The site I found describes useful and exciting information...

Practically speaking, you can cycle around South Korea as the whole country has its national roadways linked with bridges except for Jeju Island and other small islands or islets.

The most popular cycling routes in Korea include five provinces (and cities), at least, which are Gyeonggi-do, Gangwon-do, Jeju-do, Busan, and Seoul areas.

You can imagine the number of routes per province and cities...

Gyeonggi-do
Gyeonggi-do has over 400 cycling routes. The number of routes in this province is because it is a vast province. It has excellent mountains for mountain bikes, but you can just ride on flat roads as you see fit.

Gyeonggi Province has several tourist attractions, besides the road routes. It has the famous Suwon Hwaseong Fortress that is enlisted in the UNESCO, among other attractions.

Seoul
Seoul has over 380 routes for cycling. Cycling in the city is okay, but traffic congestion and air pollution conditions should be considered if you plan on cycling around Seoul.

However, you can cycle along the Han River, which links to significant satellite cities around Seoul, including Gyeonggi-do (province), which has the most number of cycling routes. 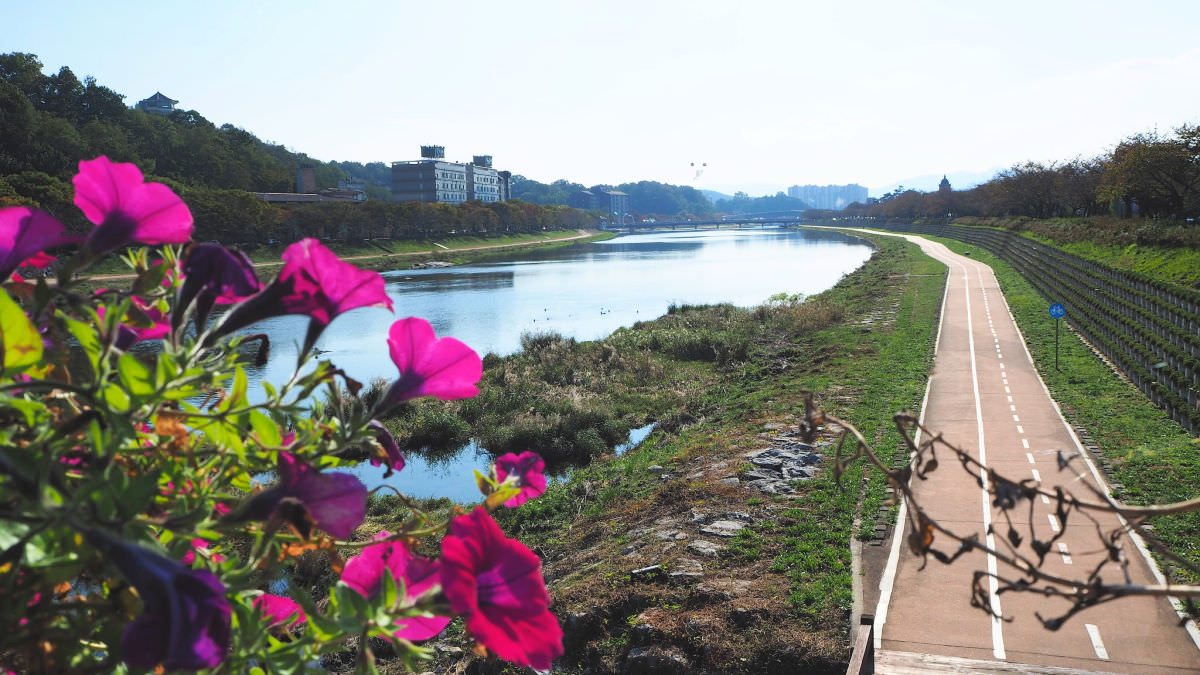 Cycling road by the river in Namwon City, South Korea

Gangwon Province
Gangwon-do (or Gangwon Province) has over 170 cycling routes. You can start from Seoul or Incheon area to get there, especially if you are coming from outside the country.

Gangwon-do has one of the prettiest environment and stunning mountains. Riding a bike on the roads in this province could be very exciting and ideal. Yes, less traffic and not so crowded compared to Seoul.

Jeju Island
Jeju-do (Independent City) has over 100 cycling routes. You can cycle around the island in a day but could be challenging to some. My friend and I did that some years back ^^.

Jeju Island is ideal for cycling as you can use its bike paths but not on all roads. The beautiful honeymoon destination island is perfect for you if you want to enjoy the surroundings--mountains, seas, farmland, and rural life. 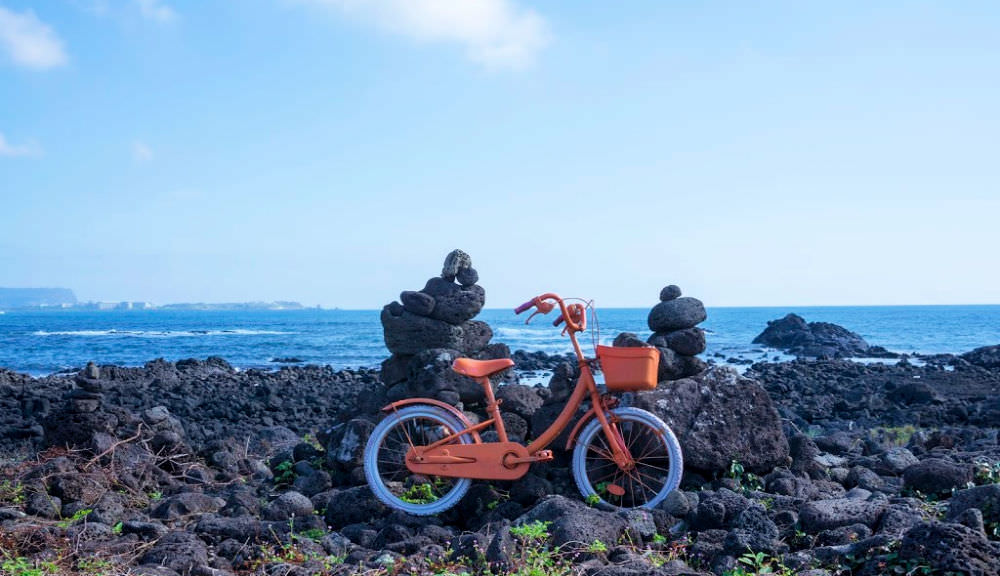 Busan
Busan City (areas) is the second most popular city in the country. Although it is a mega-city with high scrapers, it offers fantastic views of its seas, beaches, mountains, rural areas, natural parks, fishing and farming villages.

Busan has over 90 cycling routes, and you can explore anywhere you want.

You will discover the areas in Korea where you can explore the beautiful and lengthy routes. 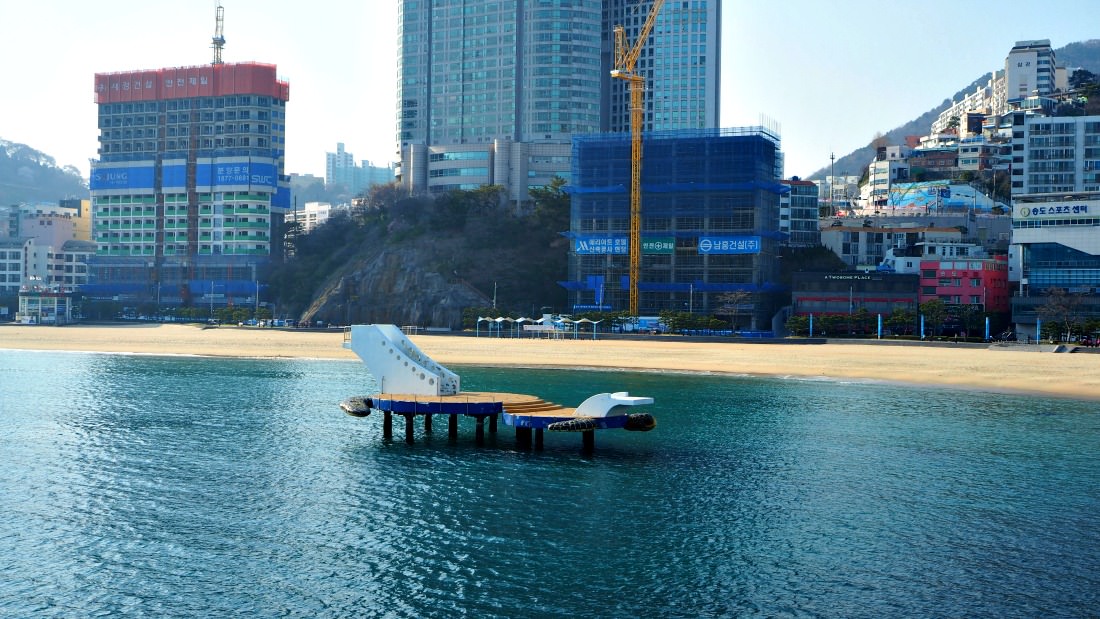 Gyeonggi-do Province
Gyeonggi-do has over 440 cycling routes. Besides the flat roads in the province, you can find mostly the hilly and uphill type of bike routes. Just like in most Korean regions, you can enjoy cycling here from the Spring to the Autumn season.

The following are the specific cities and areas in Gyeonggi-do, each with a number of cycling routes. 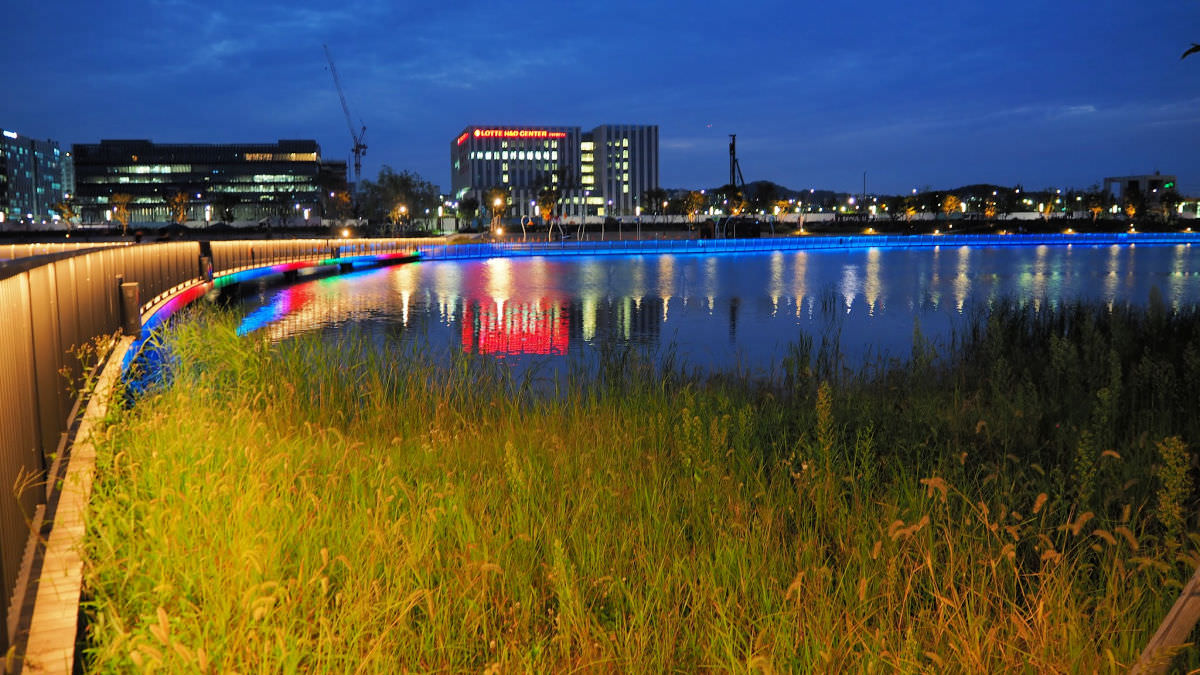 In Naju City (area), Jeollanamdo, you can find several cycling routes, especially when you plan on going to the countryside roads in the farming villages.

However, if you follow the popular routes, you can find that there are 17 cycle routes to explore in the area. Naju City is connected to Mokpo City, where you can continue riding and exploring by the seasides and enjoy the views of Hallyeohaesang National Park.

Cycling in Jeollanam-do
Please, let me specify the number of cycling routes in South Jeolla Province based on the information I have from our source. Here we go...

You can find more cycling routes in South Korea, depending on the type of bicycle you are riding (road bike, MTB, etc.).

For a detailed guide, you can find the site here.

Thanks for reading. I hope you have a fantastic cycling in Korea. Ride safely!