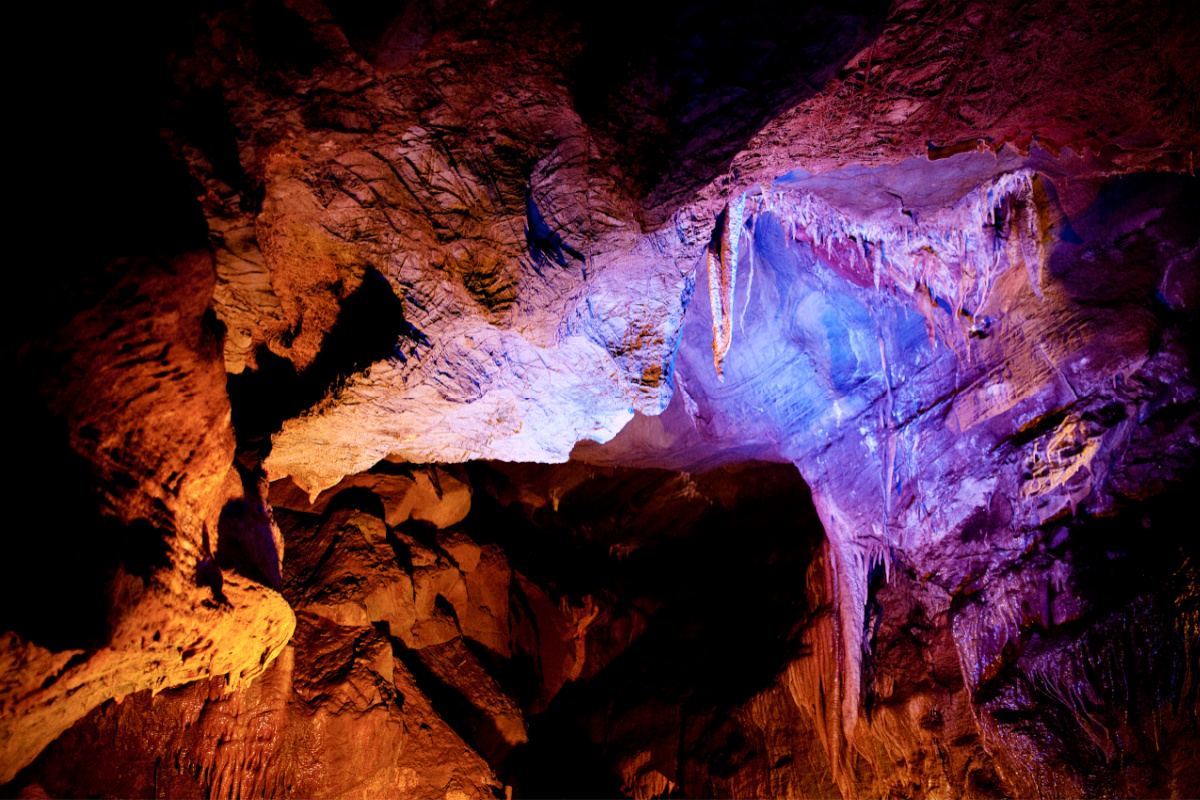 It is a famous natural attraction among Koreans. Children and adults alike love traveling to this place to enjoy the other-worldly wonder of the cave's chambers and nooks.

Inside the cave, one can wonder at the shapes and sizes of stalagmites, grainstones, stalactites, cave ponds, and other fantastic cave features.

The mysterious golden cave was created by the underground gold river water 500 million years ago. The discovery happened in February 2003 and was opened to the public after seven years of preparation.

Daegeumgul Cave was formed at the same time as the nearby Hwanseongul and Gwaneumgul. It used to be called 'Mulgol' due to the presence of a massive body of water inside.

There is a monorail that travels from its station to the entrance of Daegeum Cave, around 610 meters long only but with a superb view of Mount Daegeum. A guide accompanies all guests while exploring inside the cave.

While guiding you, the tour guide provides safety guidelines and reminders, and most of all, describes and explains the features inside, making your exploration enjoyable. 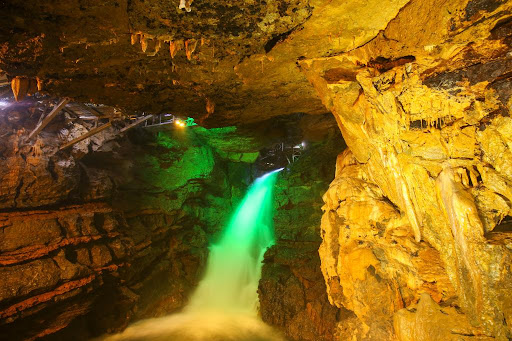 A waterfall inside Daegeum Cave

Can You See It?

Yes, as it is open to the public, guests of all ages (except babies) are allowed to explore inside. Here are the practical details...

It is the only cave, so far, in Korea where you have to take the monorail to get to the mouth of the cave.

Daegeumgeul Cave is found in the Daeiri Cave Zone in Gangwondo Province. The topography of the area features rocks rich with atmospheric layers of the Chosun Supergroup, the sedimentary rocks of the Lower Paleozoic from the Cambrian to the Ordovician period--around 530 million years ago.

With that topographical features, the coral reefs buried in the deep tropical sea reached their present location via tectonic shifts. Changes occurred through erosion, thus forming the chambers of the cave over a long period.

The Exploration and Discovery
The City Hall cave development team of Samcheok City studied the topography of the upper reaches of the valley, hoping to discover a cave in years.

At last! The team was about to give up when they finally found Daegeumgul Cave on their previous exploration in May 2002.

The digging started in 2003, and the explorers discovered the flowing water on top of the mountain that connects to a narrow vertical tunnel leading to an underground cave chamber with a massive amount of water.

The lake inside is about 15-meter deep is at the end of the cave, where the explorers study the whole area amidst dangers and challenges. They used rubber boats and wore diving gear, and safely completed the exploration.

Academic Study and Opening Daegeumgul Cave
Samcheok City's researchers studied various materials about the cave and planned to open it to the public.

After the studies, the Cultural Heritage Administration approved the permission to open Daegeum Cave for public viewing on November 1, 2004.

It was not the end of the challenge. First, the experts bored a horizontal artificial tunnel connecting the underground dome at the bottom of the cave.

Finally... the fantastic sight of the cave, which was hidden for over 530 million years, is now accessible since 2007.

Only the safe and explored areas of the cave are available for public viewing. Many chambers and secret places near the massive body of water are still unexplored and not open to the public.

The authorities will continue exploring and studying the remaining hidden areas of the cave and are protected spaces reserved for further research as the cave continuously expand.

If you are driving a private vehicle, you may follow the below guide. But, indeed, it would be much easier should you use any navigation app!

Should you need further information and details, you may visit the official website...

Exploration Duration: It takes 1 hour to explore the inside of the cave and about 20 minutes for the round trip.

Please, note that you must book in advance online. In case of heavy rains and flooding, the visit will be postponed.

I hope this information will lead you to the beautiful out-of-this-world features of Daegeumgul (Daegeum Cave) in Samcheok City.