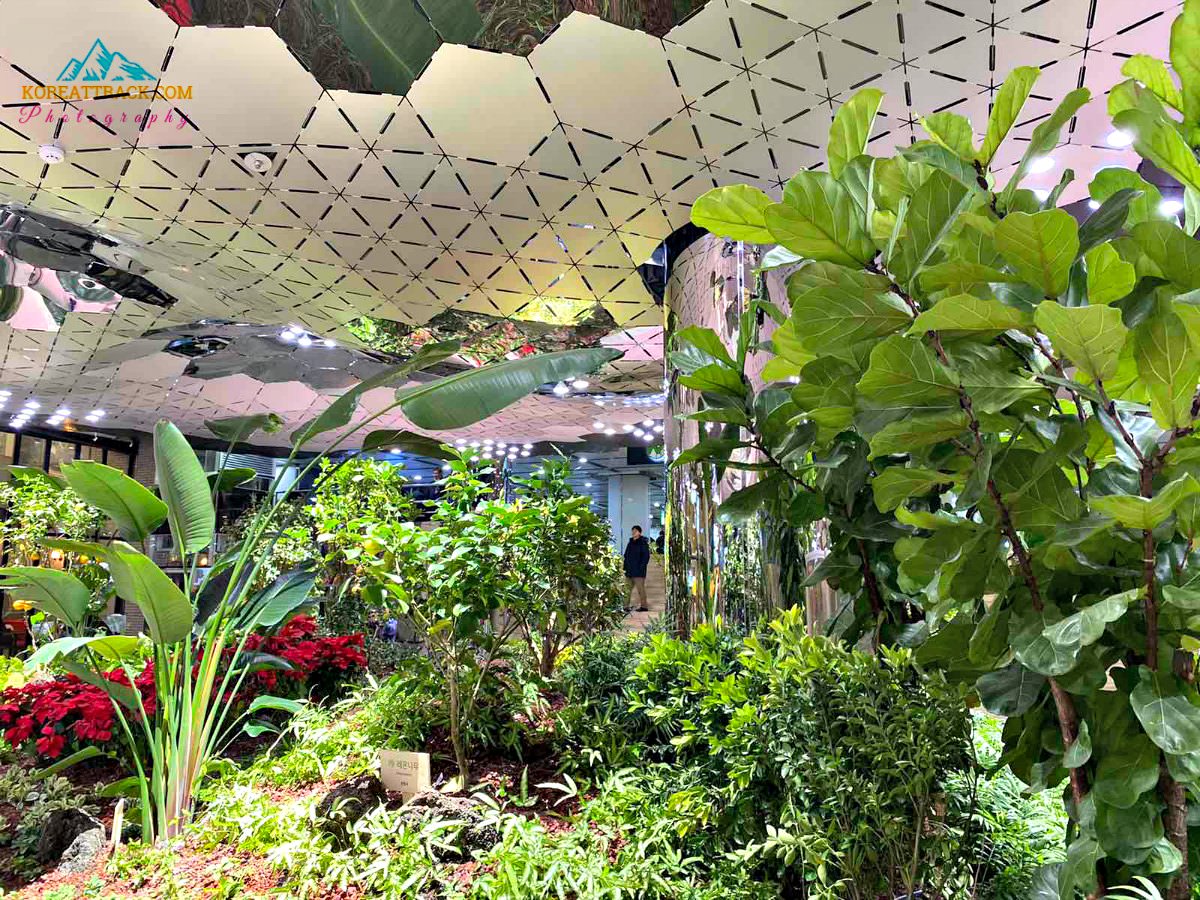 Some say it is the world's 'first' solar-generated garden located in a subterranean environment on a small scale.

Such projects that employ sustainable and renewable energy are the present Seoul mayor's (Park Won Son) visions to reduce the carbon and other toxic gas emissions in this crowded and bustling capital city.

Last month, I had the opportunity to participate in an international forum of the world's cities mayors that was held in Seoul. It was Mayor Park himself who initiated this event since a few years back. 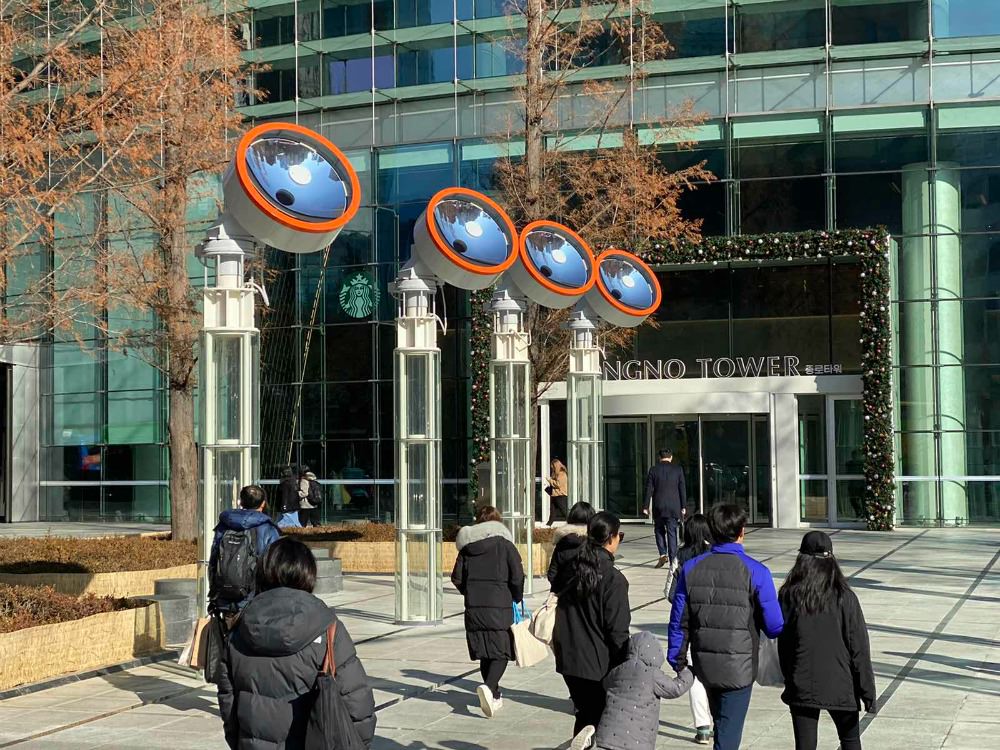 The solar dishes collect energy and channel it through the tubes with mirrors, then distribute it through the anodized aluminum panels in the underground garden. 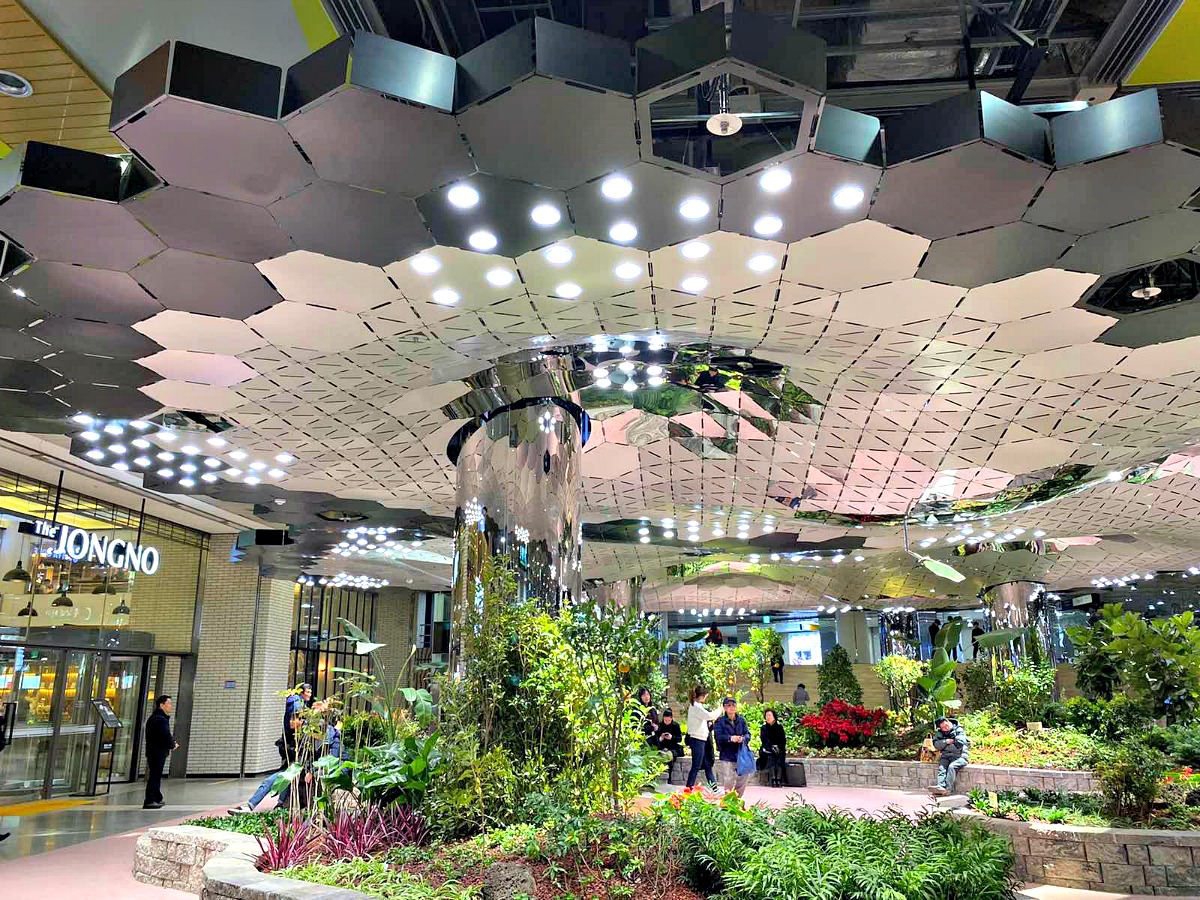 Public space with a garden supported by solar energy transmitted by sunlight dishes above the ground in Jongno Tower. (photos: Abbie Suh)

Through learning and sharing with world city mayors, Seoul is implementing activities that use renewable energy sources not only to reduce gas emissions but also to provide more relaxing space to the public.

The sunlight collectors are installed on the Jongno Tower Square that track the sun during the day to do their job. The sunlight collected is then channeled through the tubes with mirrors. The anodized aluminum panels (look like beehives) on the ceiling then scatter the light to the garden.

When there is no sun, or during night time, the underground plants are being supplied by the LED lights. 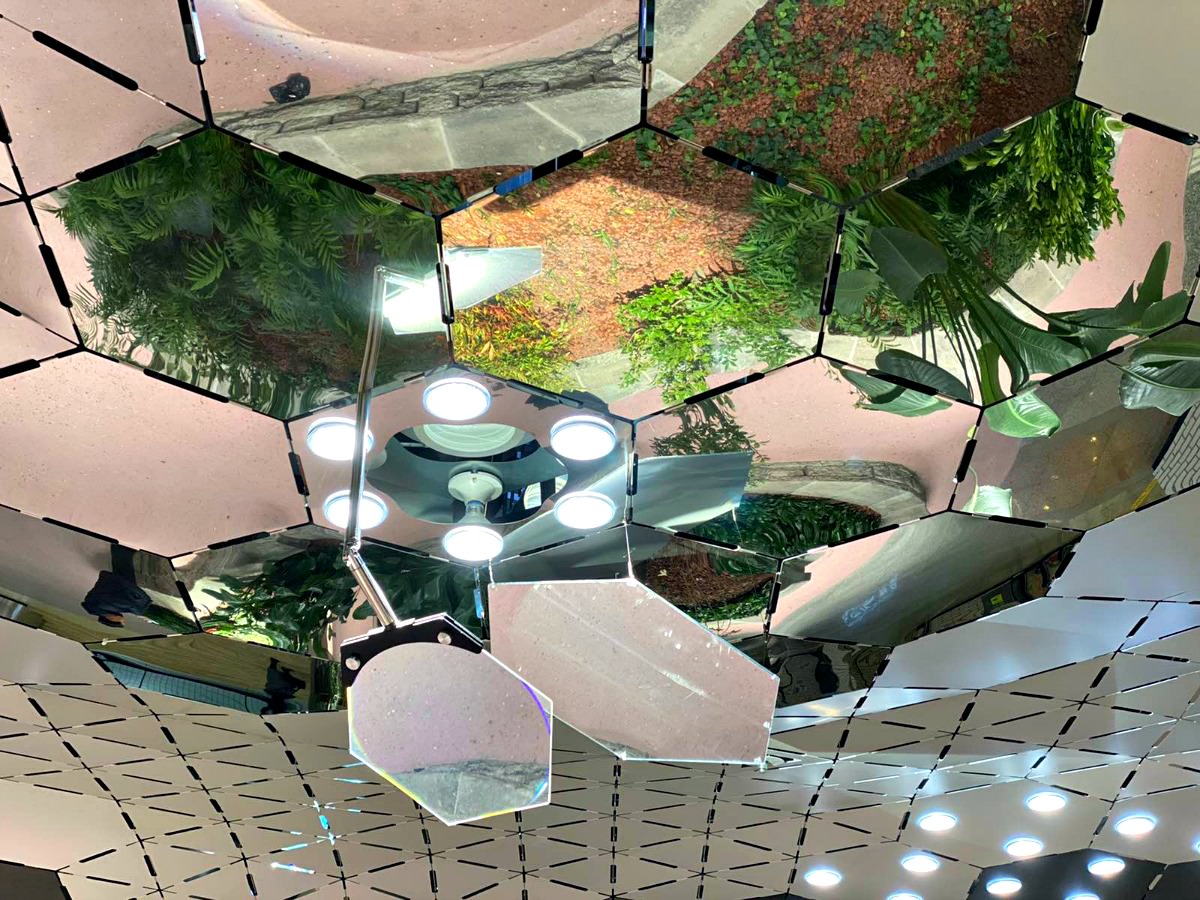 Anodized aluminum panels that distribute the sunlight to the garden

The Seoul Subterranean Solar Park could be the first in the world that is implemented, but the idea has already been planned on a big scale for New York City.

According to the source, New York's City Hall has approved the proposal for the Lowline underground park to establish a solar-generated subterranean park by transforming a former trolley terminal in Manhattan's Lower East Side into a public park.

The creators of the proposal, James Ramsey and Daniel Barsch, were granted permission and developed their design and to raise the $60 million to construct the public space.

The Lowline plan is the opposite version of the High Line that transformed the old industrial railway in Manhattan, which is now a main attraction in the area.

What is Jongno Subterranean Garden

This space, just being transformed into a green underground garden, used to be an idle passageway on this subway area.

Now, this public area is a small green garden planted with some flowering plants, bushes, small trees, and even orange trees whose photosynthesis is being supplied by the sunlight channeled through the sunlight collector dishes above the subway station.

What to do in Jongno Subterranean Garden
Certainly, you cannot have a party in this space. However, you can do most or all of the following activities...

Observation
I visited this place during lunchtime, and I was impressed. It looks attractive and exciting being a space underground with plants supplied with sunlight collected by the sunlight collector dishes installed on the Jongno Tower Square area.

It looks very futuristic. You can see the bee-like cells above the plants and LED's (will support light during cloudy days). 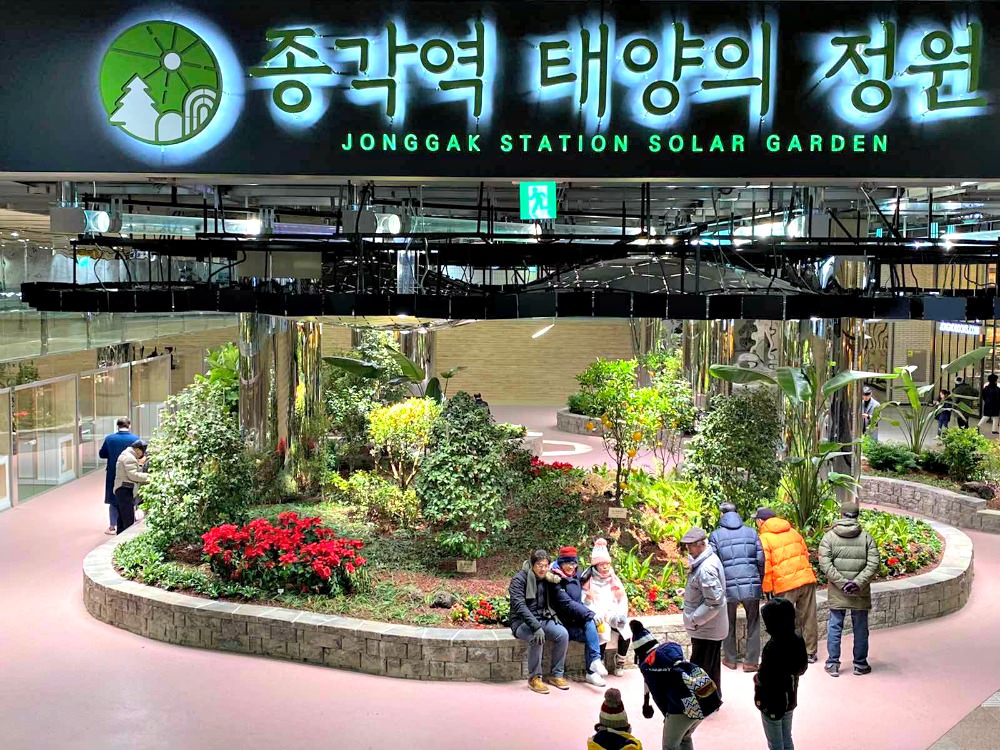 It was quiet, peaceful, and not crowded. I could notice some people taking photos and talking about the garden. A grandpa even asked me how do the plants survive underground. Of course, you know my answer! ^^.

When I first arrived at the place, I have seen people (I guess travelers) seriously doing photo shoots to make good memories about their travels.

Yes, this 'green' space is an exciting place to take pictures with friends or do selfies. The application of science and technology to nature makes the public space interesting for such activity.

Of course, you can relax alone, chat with friends, or wait for someone while enjoying the green plants and flowers here.

This public space is connected to the subway line (Line 1) of the Seoul Metro. And that's one of the means to come and go from here.

If you want to shop for souvenirs (or personal use), you should know that it is connected to the Jongno Underground Shopping Center, where you can purchase discount products.

Connected directly to the park is Jongno Bookstore. Other bookstores nearby are Bandi & Luni's,  Yoongpoong Bookstore, and Kyobo Bookstore (around 5 minutes away towards Gwanghwamun Square).

More, you can take the elevator to the top floor of Jongno Tower and take a charming view of the city around the foyer area. This floor is where the restaurant and bar are located.

Getting to Jongno Subterranean Garden

You can quickly get to Seoul Subterranean Solar Park via all public transports available in Seoul City--bus, taxi, subway.

First, you need to know that it is at Jonggak Subway Station (Seoul), right underneath the Jongno Tower (a 33-story building).
Address‎: ‎2-6 Jongno, Seoul, South Korea 110-789

Via taxi, you can tell the driver to bring you to Jongno Tower (Hangeul: 종로 타워). It will only take around 15 minutes from Seoul Station.

If you are coming from Incheon Airport, you can take a limousine bus and get off at Jongno Bus Stop. Many other buses pass this Jongno route.

Thanks for reading through this page. Let me know should you have any questions about this area.