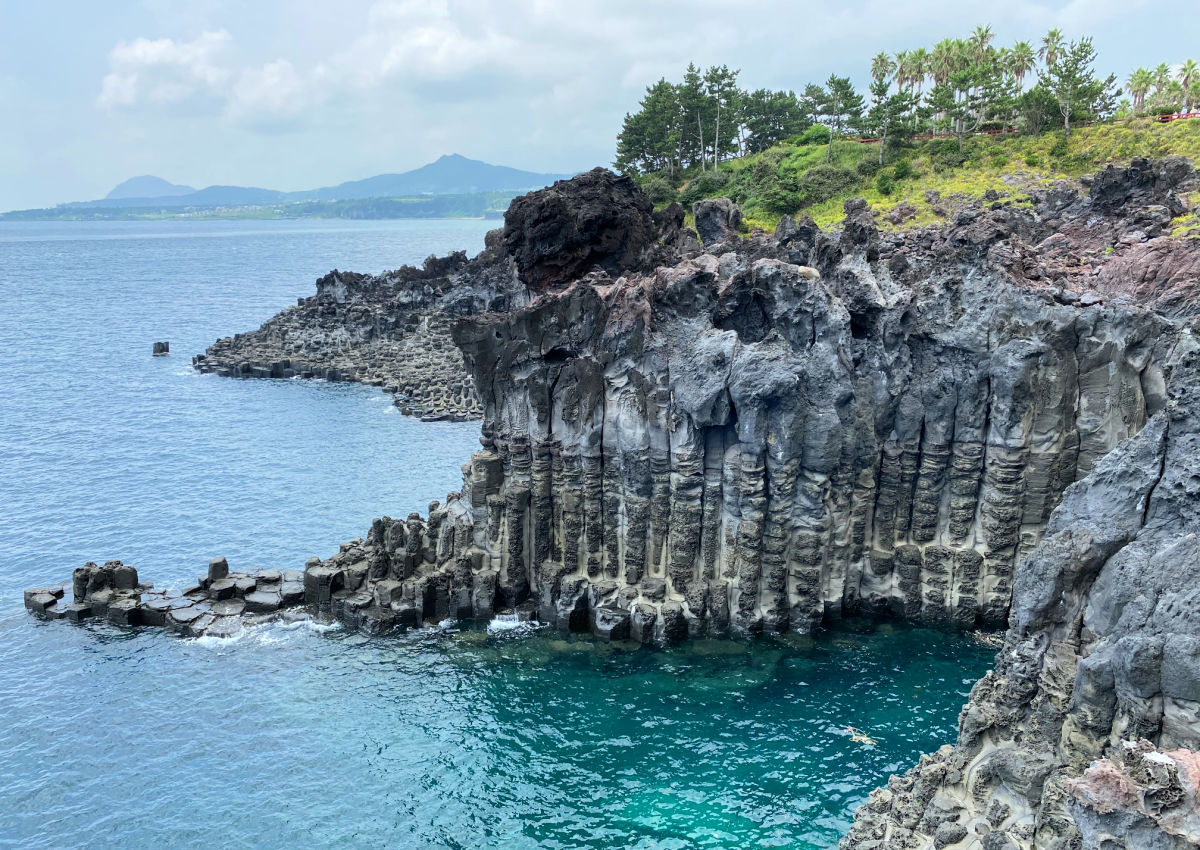 The view of Jusangjeolli's columnar cliff

Jusangjeolli Cliff is a natural wonder and a unique attraction on Jeju Island. Jusangjeolli is stone pillars piled up thousands of years ago when Hallasan Mountain was an active volcano.

This famous lava rock Cliff was designated as a natural monument in 2005 by the Korean government, signifying its cultural heritage.

These stone pillars, which can a found in Ireland called The Giant's Causeway, are located along the farm road about 600 meters to the Southwest from Daepo-dong. 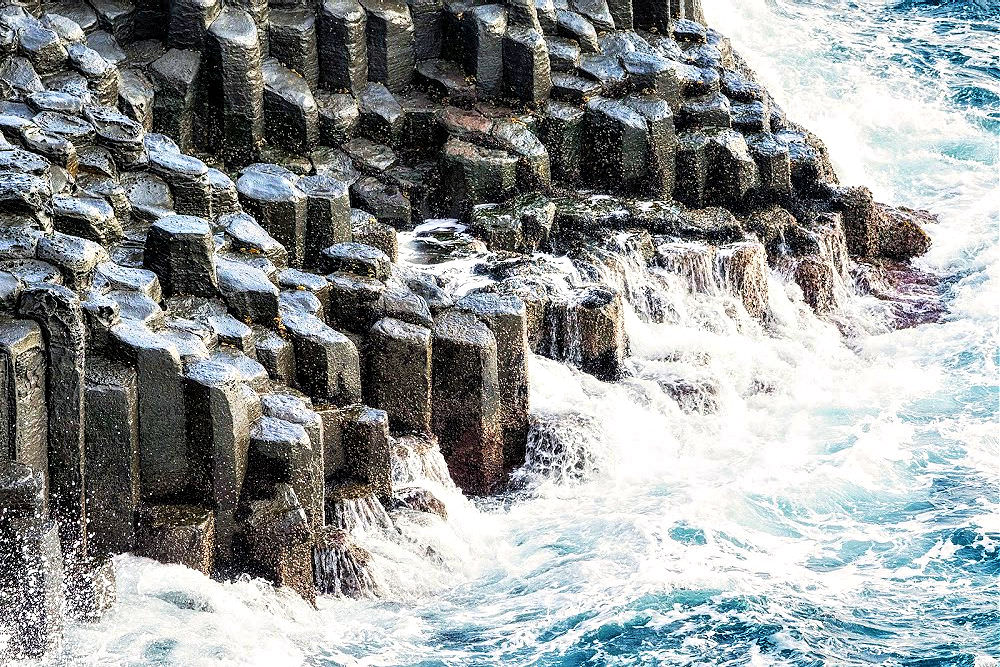 Jusangjeolli in Daepo-dong is at the end of the pine tree forest. You will see the Jisatgae Coast with the backdrop of the imposing stone pillars below the Cliff.

The stone pillars are shaped during the eruption of Mount Halla. The forms are the result of interaction between the lava flowing into the sea and met with the seawater.

The pillars are in mostly in hexagons and some like cubes. Evidently, scientists have an explanation as to why lava and seawater produce such a marvelous shape or shapes.

Locals used to call Jusangjeolli as Jisatgae Rocks, which was the name given by the residents for a long time.

The Cliff is famous for sightseeing and various activities, including angling during high tide.

The Jusangjeolli cliff view is breathtaking when the strong waves of high tide crash into the imposing rock walls of the Cliff. 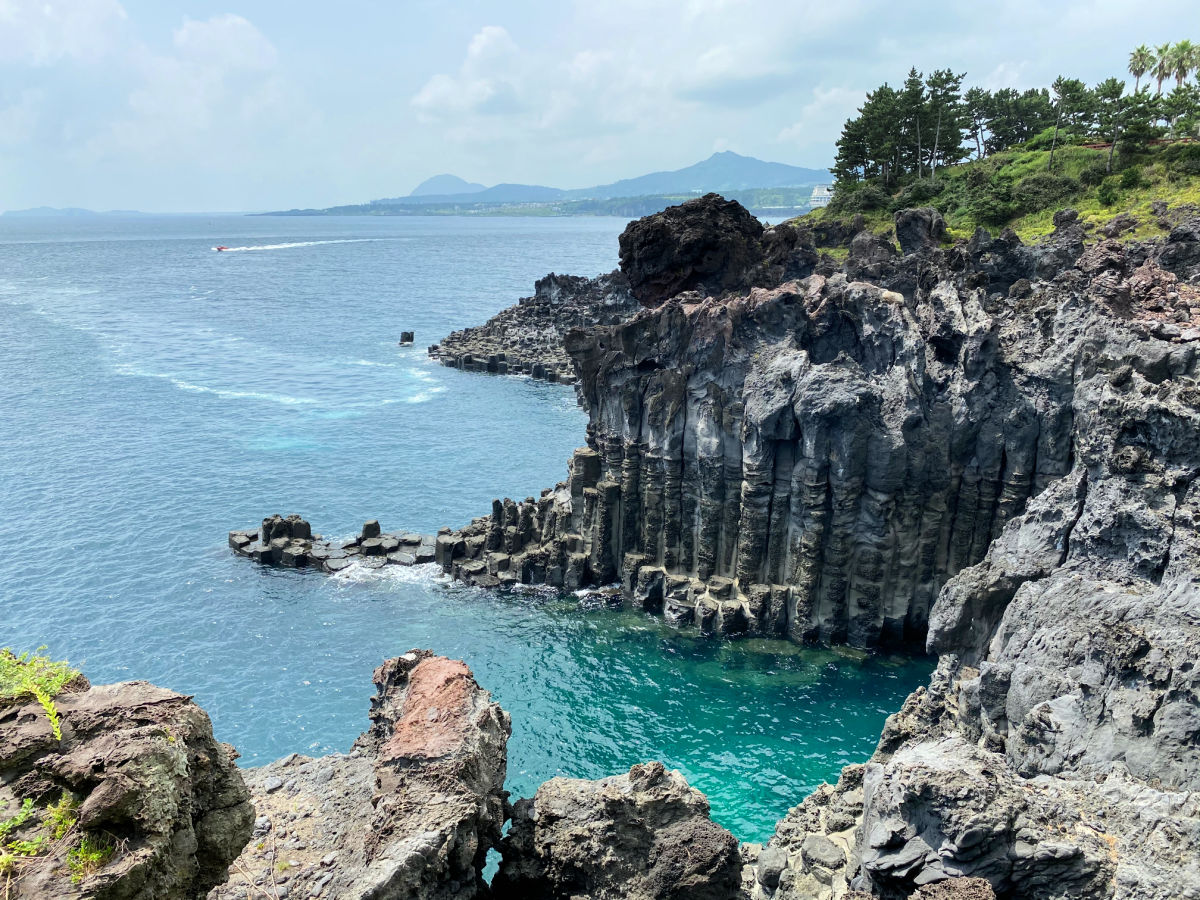 The cliff is famous for visitors who love thrills by taking the jetboats. 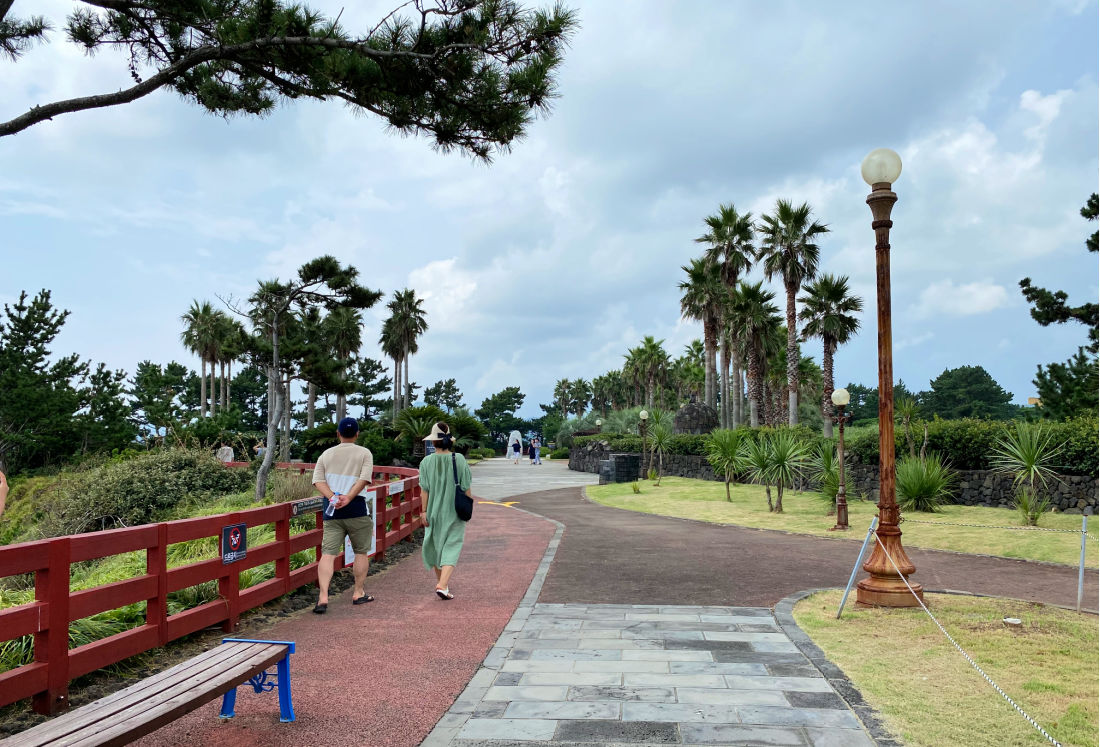 Park area above the cliff 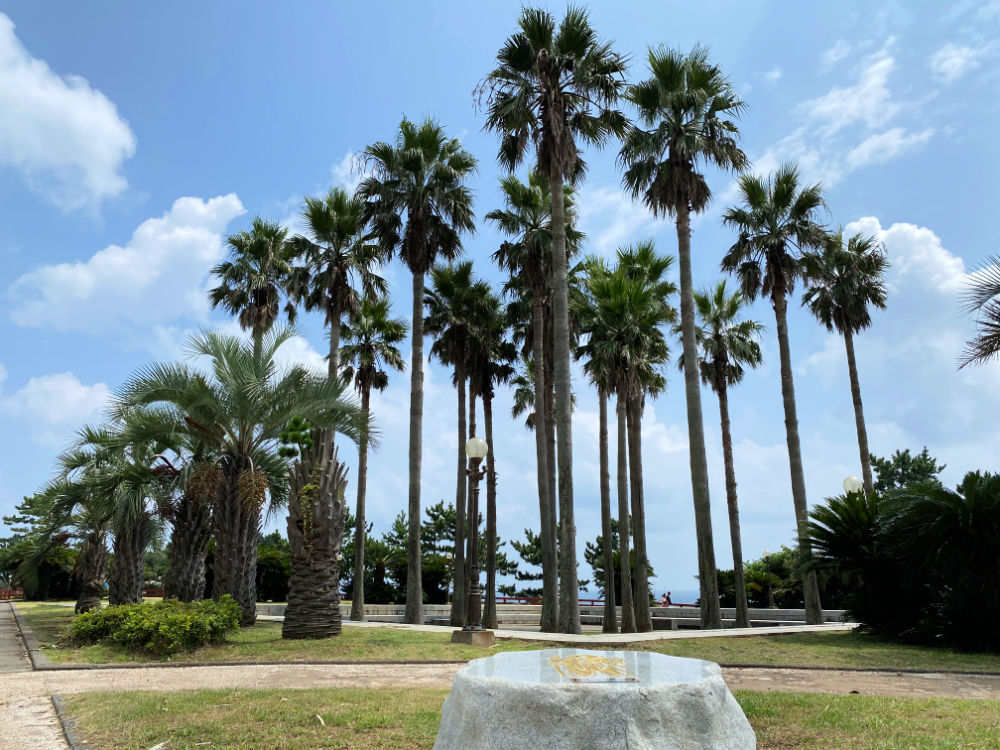 A park sitting right above the columnar cliff of Jusangjeolli

The Cliff is open to all visitors and travelers any time during the year. If you plan to drop by at this area while on your way to Jeju Island's other attractions, this would be a fabulous brief stopover. You can enjoy it for only 30 minutes or so.

Parking areas and facilities are available nearby.

Entrance Fee Rates:
The fees are very affordable, and the rates depend on the age bracket and the number of guests.

Check out the following attractions located close to Jungseolli Cliff...

International Convention Center of Jeju (Jeju ICC)
Jeju ICC is located in the Jungmun Resort area.  This was opened in 2003 and became a popular place for local and international conventions, meetings, shows, and other events.

Having joined one of its international events, I know that it has excellent sights of its surroundings, including the sea views.

Joanne Bear Museum
This Bear Museum is also located in the Jungmun Resort Complex in Seogwipo City. You will find a vast collection of famous teddy bears in the world. Around the area, you can also find museums and other entertainment facilities.

Cheonjeyeon Pokpo (Falls)
Cheonjeyeon Falls is dubbed as "The Pond of the Gods" due to its irresistible beauty. The waterfall has three sections, and the first one falls into a pool measuring 21 meters from the top.

Public transportation is available from Jeju International Airport or anywhere on the island. Of course, you can rent a van or car or a motorbike on the island.

By Bus
Coming out of Jeju International Airport, head to the bus stop and look for the Airport Limousine Bus number 600. Then get off at the International Convention Center Bus Stop

By Taxi
When taking a taxi, it would be a lot easier if you have the map or address, preferably in the Korean language. You can get a map at the airport or use your smartphone's app.

Thanks so much for dropping by. Have a fantastic journey!