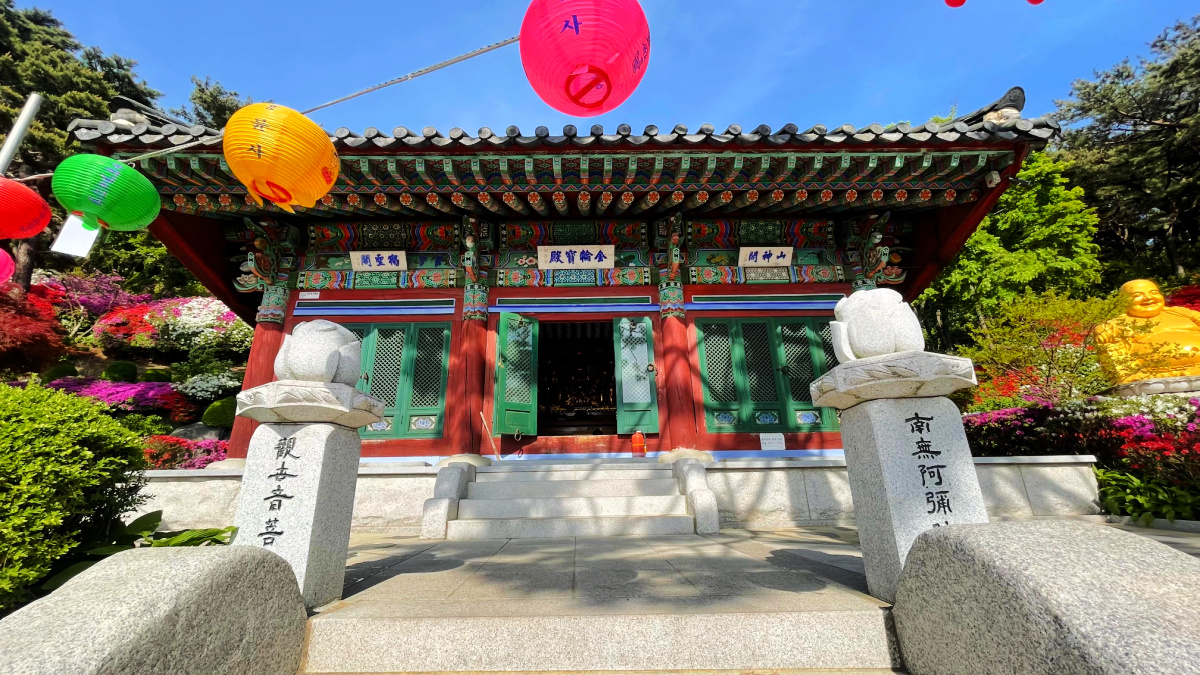 Heungryunsa Temple is a beautiful Buddhist temple site tuck by the hillyside of Cheongryunsan Mountain in Incheon area.

Heungryunsa Temple is a beautiful Buddhist temple located on a hillside facing the sea (of Songdo Island) in Incheon City. My recent visit confirmed the stories I heard about its grandeur! Fantastic!

I live in Gyeyang District in Incheon, and it took me more than an hour to get there by Subway and by public bus. Heungryunsa is about 6 minutes from the bus stop on foot.

Keep reading the short version of the temple's history below. Please, enjoy reading and viewing the photos. Also, like and share this article to support this travel website. 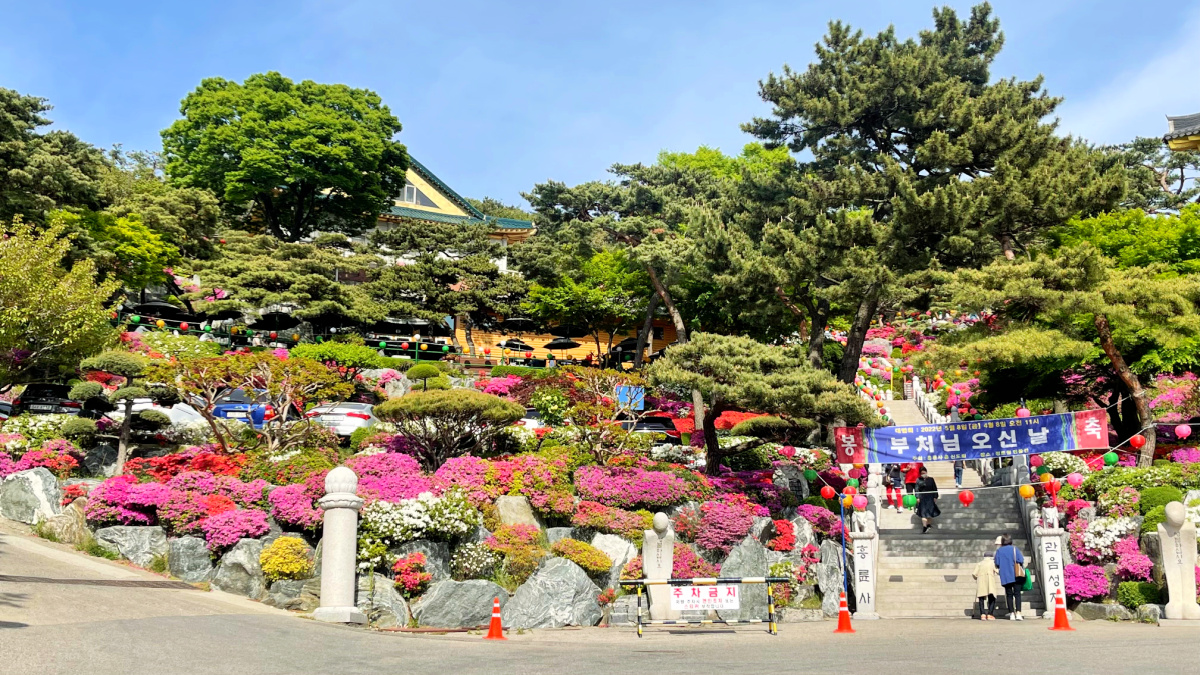 This is the colorful entrance area of the temple in late Spring and the day before Buddha's birthday in May 2022.

Heungryunsa Temple was established around 613 years ago by Preceptor Naong, a monk of King Gongmin during the reign of King Wu of the Goryeo Dynasty.

The temple got burned down during the Imjin War (1592). A new temple was built in 1938 but was torn down in 1966, and eight buildings were built instead.

Its former name "Cheongnyunsa" (nearby Cheongnyangsan mountain) was changed to "Heungnyunsa" in 1977, which it is known today. 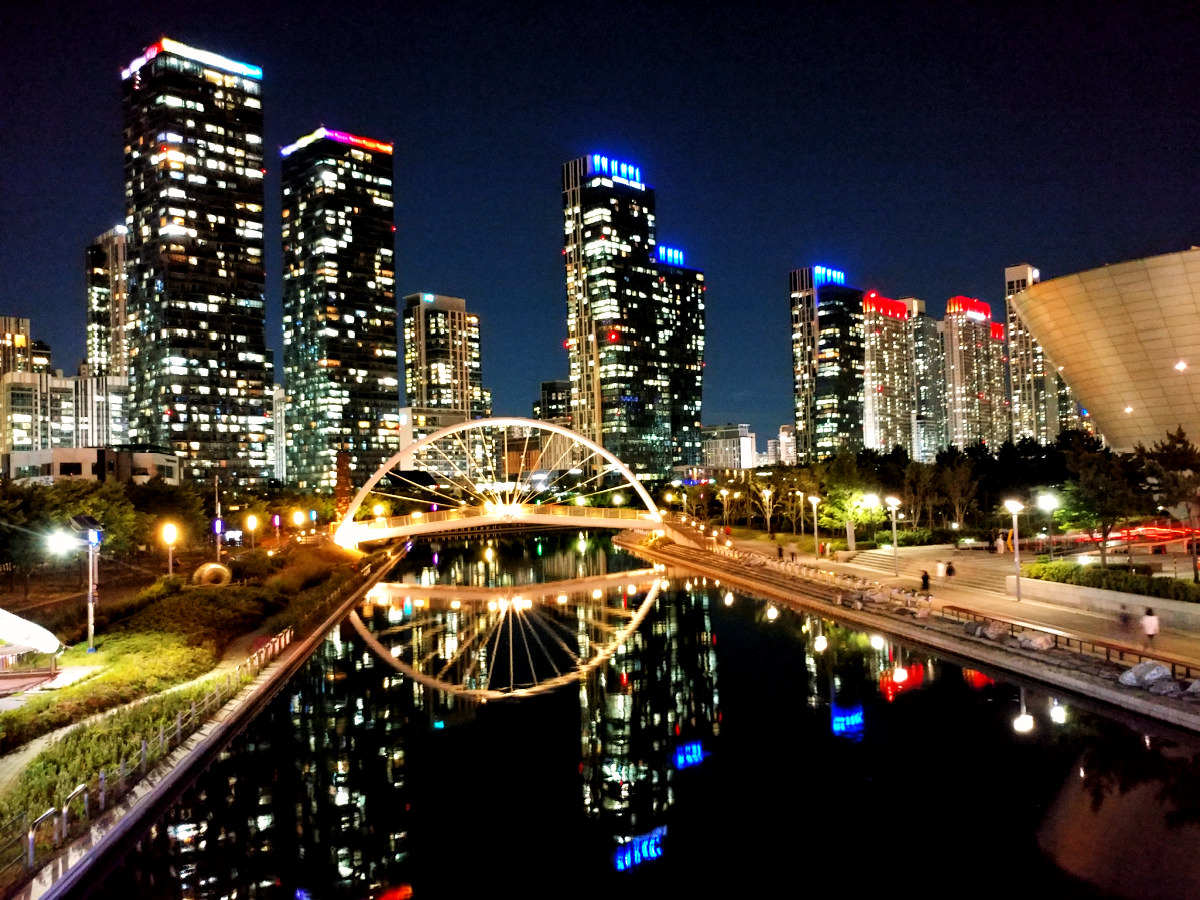 Heungnyunsa Temple is located close to Songdo International City and the Memorial Park for the Incheon Landing Operation.

The temple runs a 'temple stay' program and operates a meditation center and a Manbuljeon Hall, which holds thousands of Buddhas. 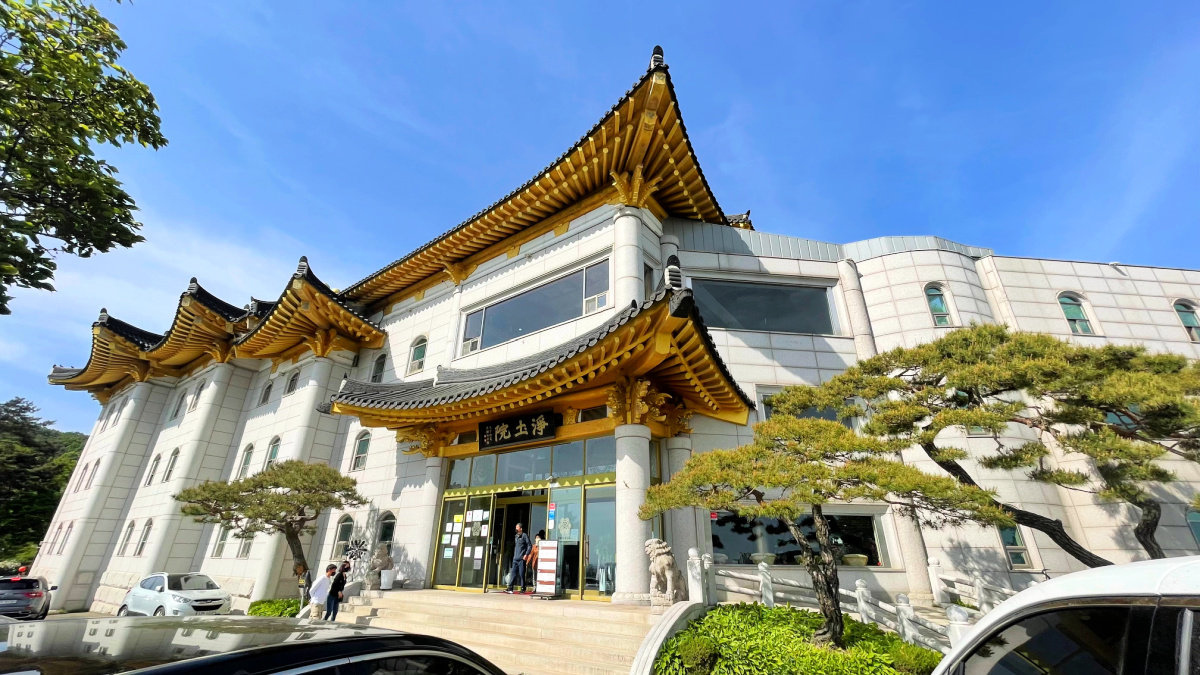 A Thousand-Buddhas Hall houses many statues of Buddha of various sizes, shapes, positions, and expressions. 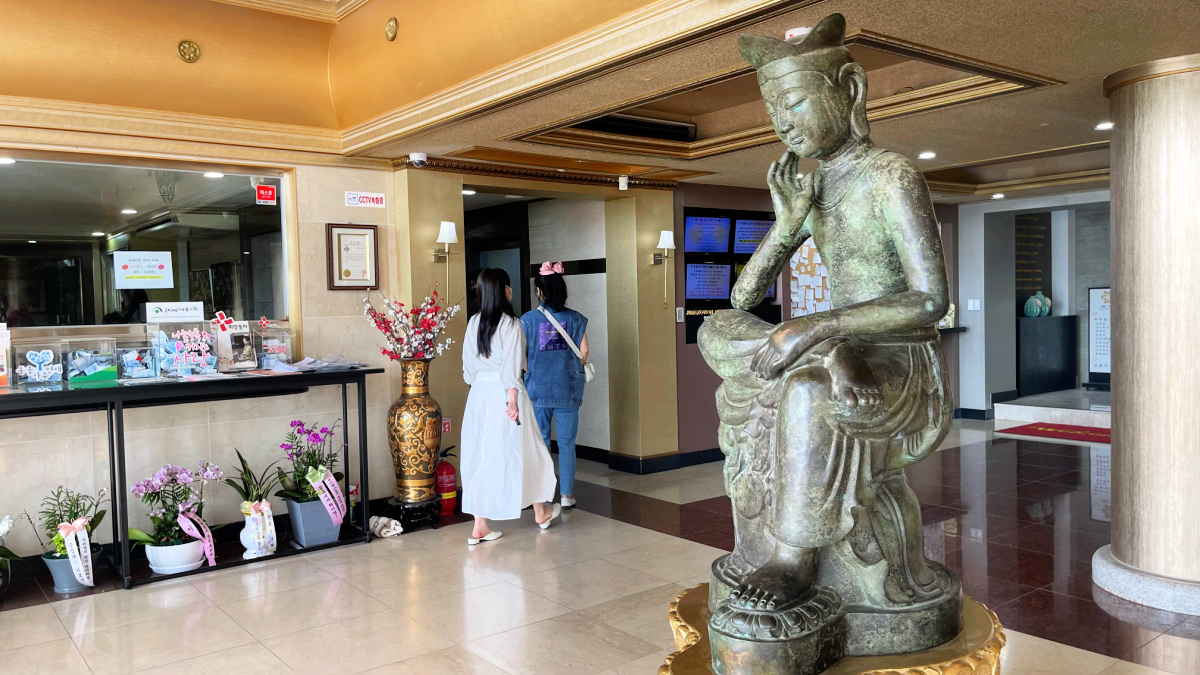 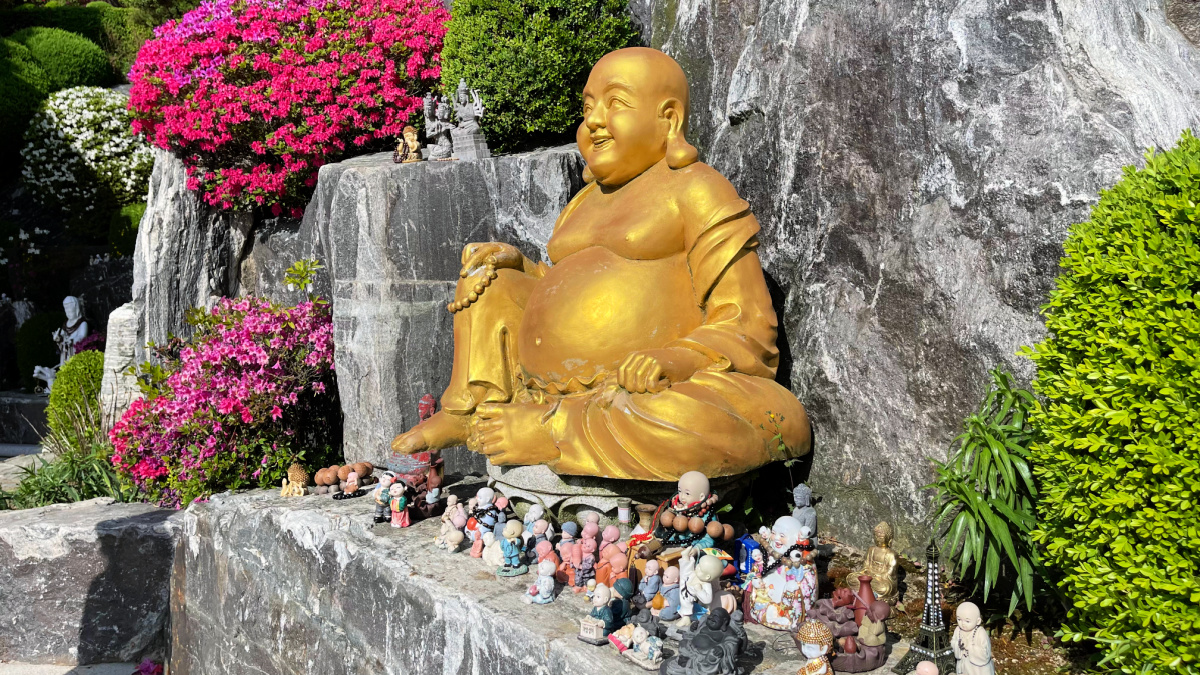 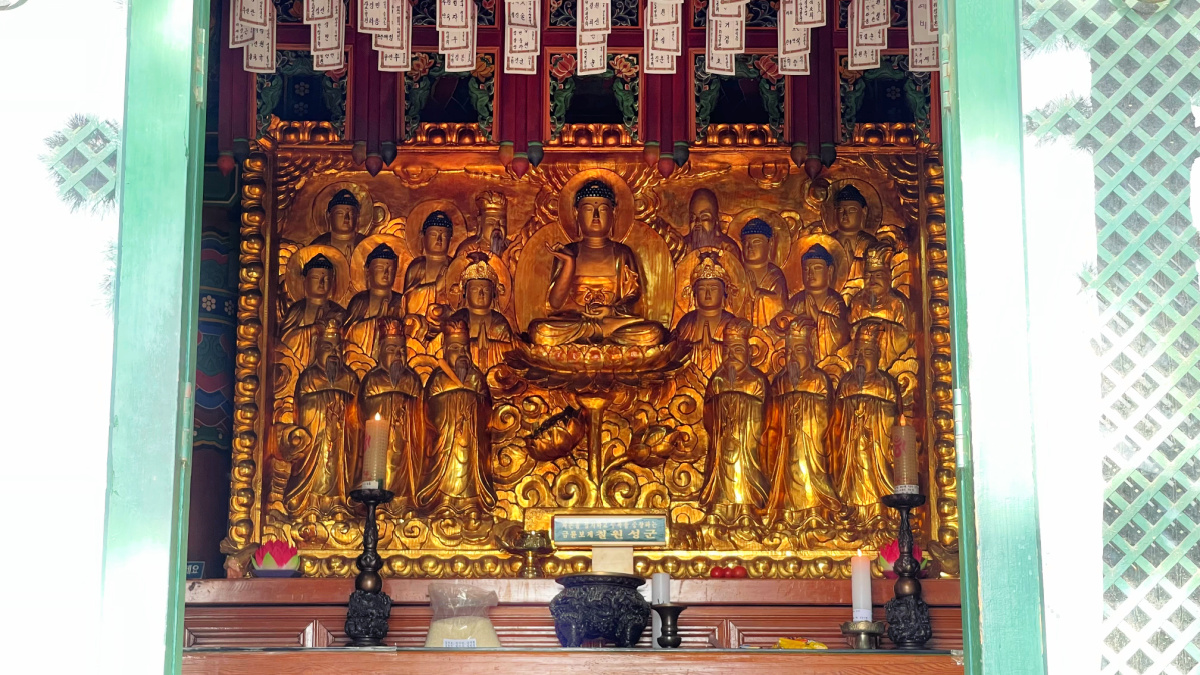 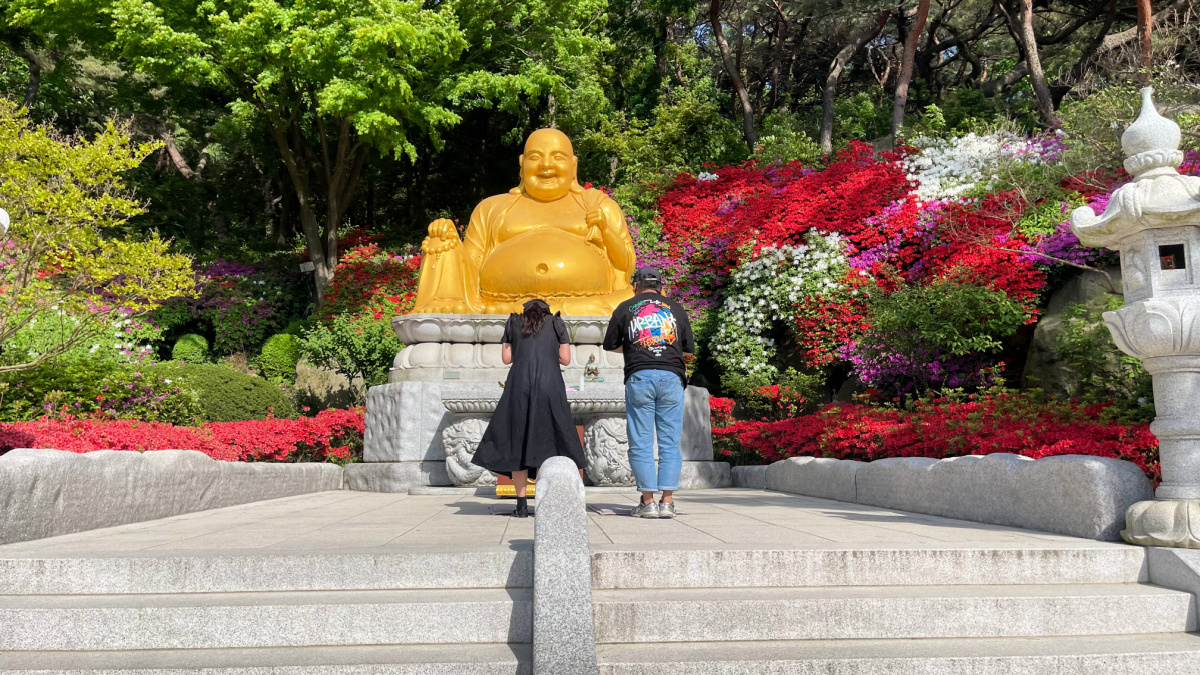 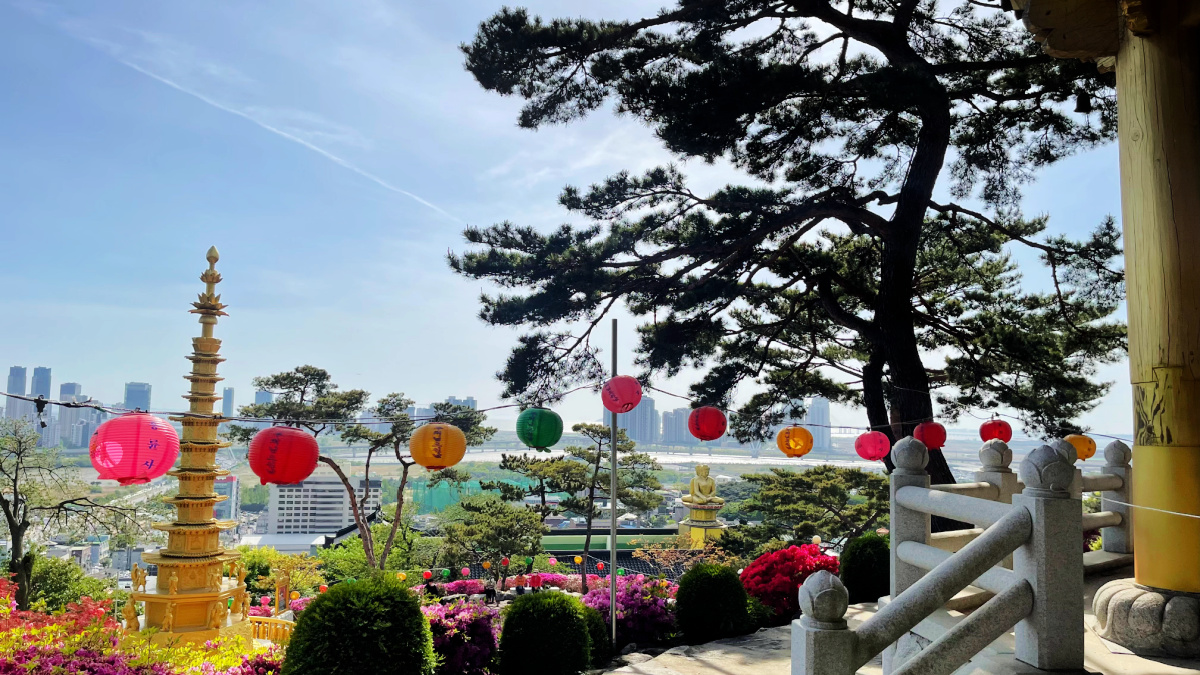 Buddhism was introduced to the Silla Kingdom after Baekje and Goguryeo kingdoms as Silla was geographically farther away from India and China, the origins of Buddhism religion.

When the Goguryeo monk Ado (阿道) came to Silla to spread Buddhism, with the permission of Michu Isa-geum (in 264) at his thatched house, the religion started to spread.

After being rebuilt in 544 by order of King Beopheung, that thatched house became one of the most important temples representing Silla. 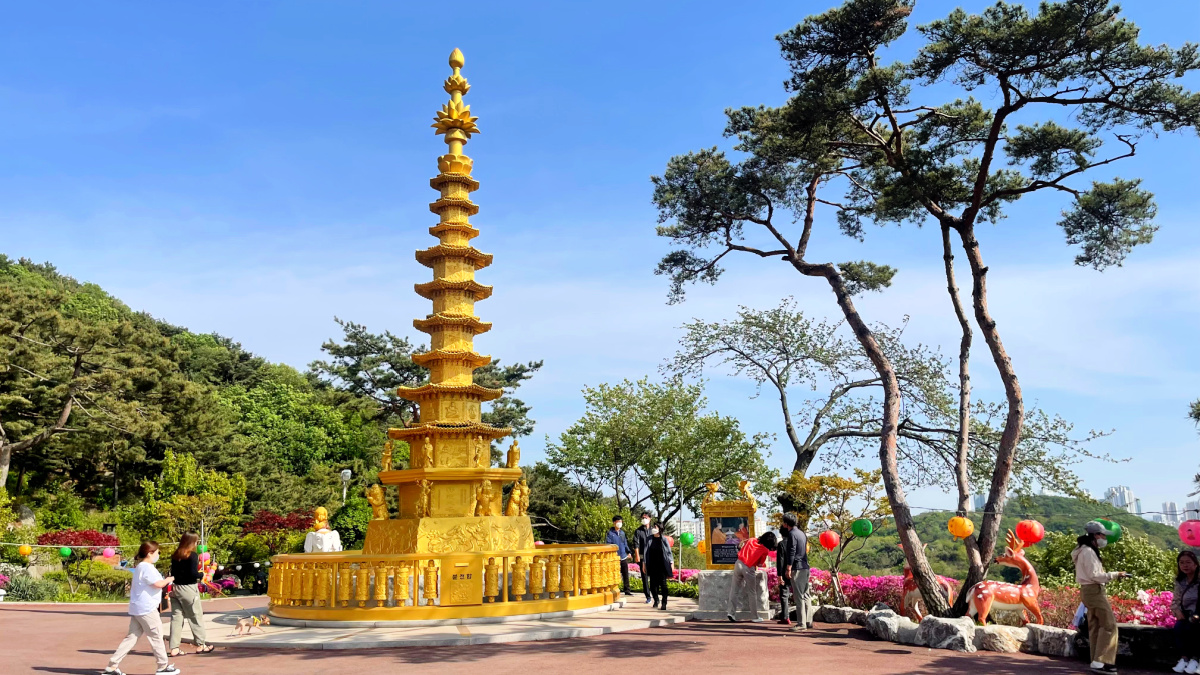 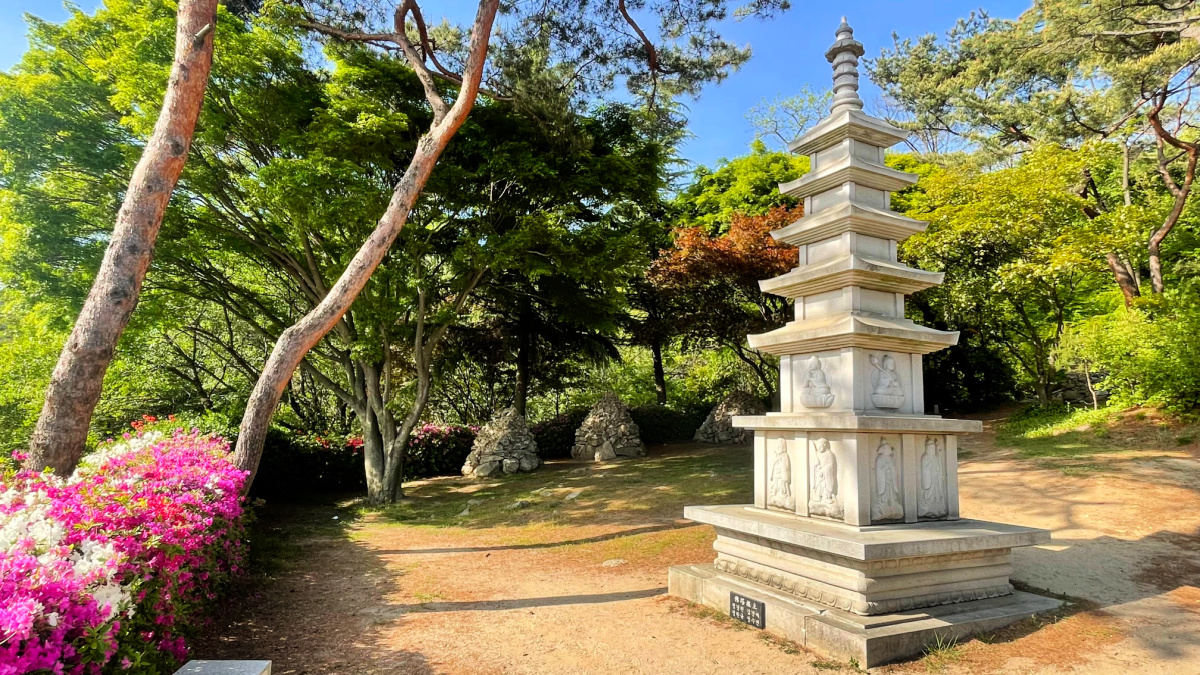 That temple is where the present Heungryunsa Temple began during the Unified Silla period. In this temple, Kim Dae-seong, the founder of Bulguksa Temple and Seokguram Grotto, was believed to have reincarnated.

However, at the beginning of the Three Kingdoms period, the temple was burned down by robbers. It was restored in 921 during the reign of King Gyeongmyeong.

Again, the rebuilt temple was burned down to ruins during the Joseon Dynasty. The present Heungryunsa Temple was rebuilt only in the 1980s.

It is also believed that Yeongmyosa, one of the other Chilcheo temples, where Heungnyunsa is located. 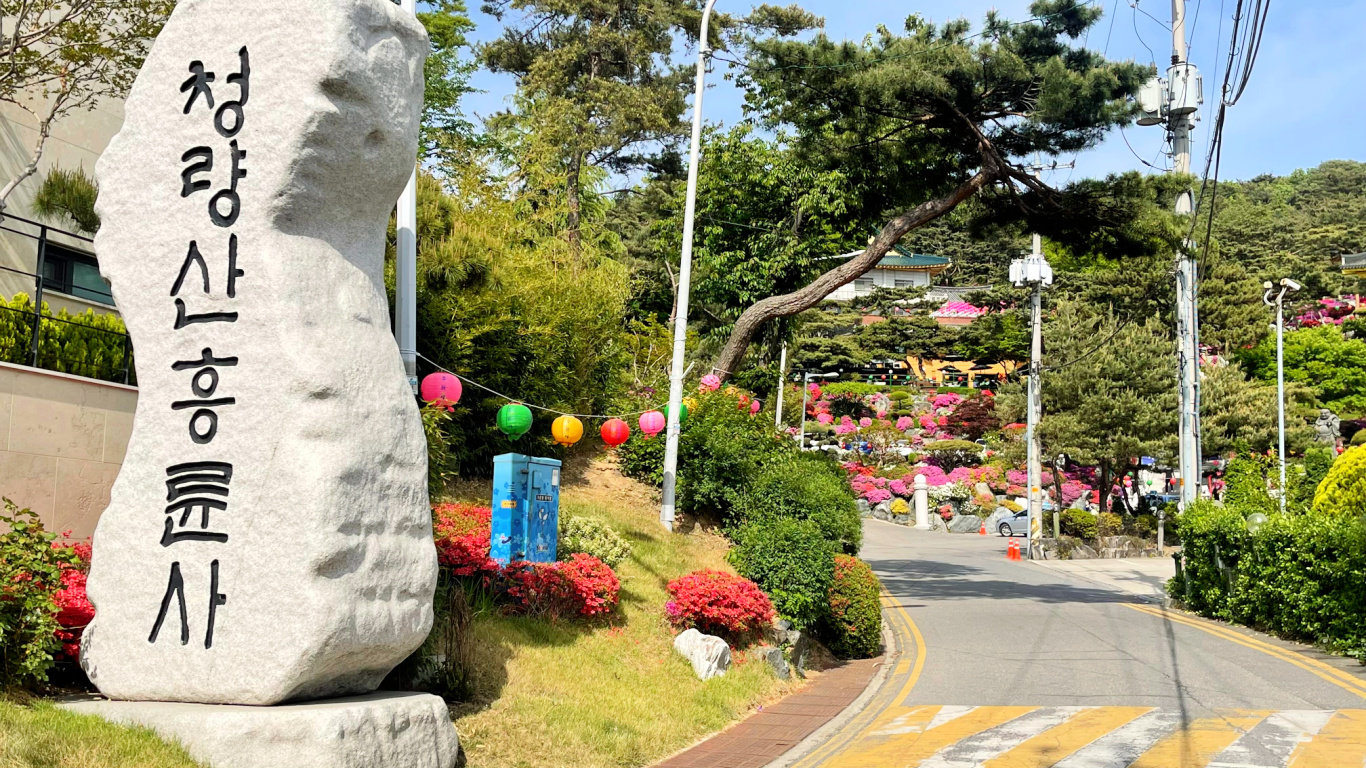 The entrance of Cheongryansan Heungryunsa Temple is on your right upon reaching the steep road.

There are three ways to get to the temple: by private car (rental), hiring a taxi, and public transport (bus and subway).

Car Rental
When you arrive at one of South Korea's international airports (e.g., Kimpo), you can hire a car from one of the rental car companies at the airport. It is actually more convenient and cheaper, especially when you travel all day than taking a taxi or other transport.

Taxi
You can hire a taxi from anywhere in the country. It is only advisable to hire one if you have another traveler with you to share and save the fare. However, it is more comfortable than public transport, especially when traveling with your heavy luggage.

Subway + Bus
I took a subway from my house and then transferred to a subway station bus.

Take the Incheon Line #1 and get off at DONGMAK Station. Head to Exit #1, take Bus #8, then get off at the Eonyang Welfare Center bus stop (8 stops from Dongmak Station's bus stop).

From the bus stop, walk up the steps and keep walking and follow the street for about 5 minutes. Once you reach a steep road and its top, turn right to find the entrance area of Heungryunsa Temple.

Thanks for visiting this travel site. Enjoy and have a safe trip.