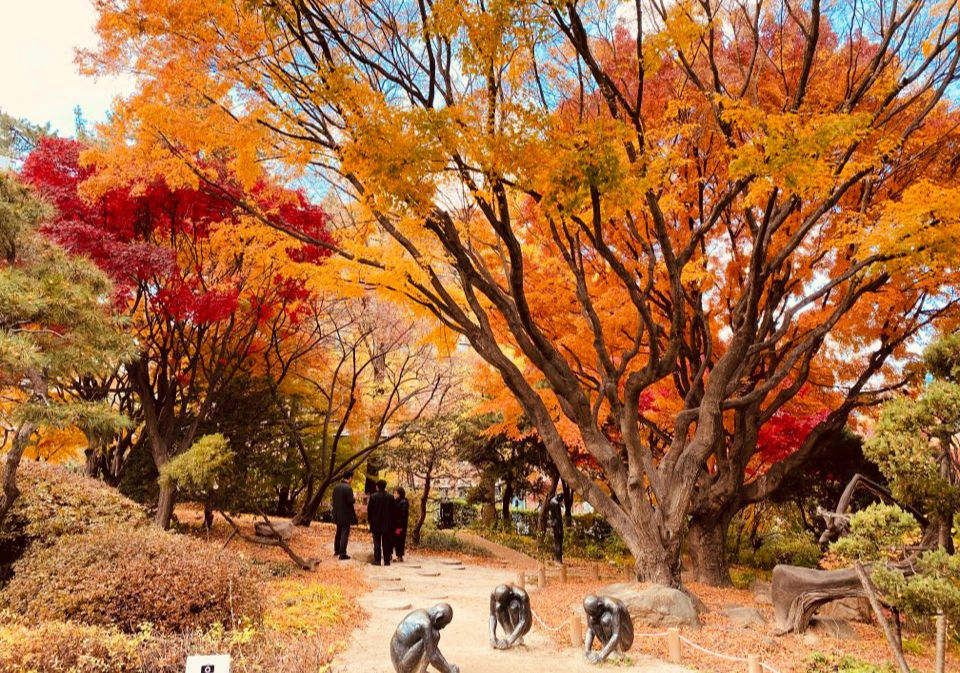 The Old Jeong-dong Road at Sodaemoun Station is an old road that dates back since the kings and queens of Korea crisscrossed this way.

Around this area are some important historical relics and sites - before and after the Japanese occupation and the Second World War.

Old Jeong-dong Road starts from Donguimun (former East Gate) at Seosomun Road and down towards the rotunda (roundabout) of Seoul Museum of Arts (SeMA) and Deoksugung in particular.

What is interesting about Jeong-dong Road includes the following...

Aside from those worth-exploring sites and places, Jeong-Dong Road is located at the heart of Seoul from where you can quickly move to other attractions on foot.

The Old Tree on Jeong-dong Road

So, this Old Tree I am talking about is just right beside the building where I am working. Every time we take a walk after our Korean meal, we couldn't miss passing by this tree, and I always check out if there's any changes or anything at all about this tree.

If you know a bit about Korean history, you have learned that during the Korean War, most trees, especially in the mountains, disappeared due to shellings and everything that any war can destroy. Despite the horrible devastation of the environment, including the trees, some old trees have somehow survived.

It is dated 520 years old, which was inscribed five years ago.

This Old Tree is more than 500 years old. It means that it is a living witness of Korean history. It is conveniently living in front of the Canadian Embassy, adding a beautiful view of the building.

During lunchtime, this road turns crowded with mostly embassies staff, government, and business office workers searching for their favorite menu of the day. Yes, I am one of them, together with my colleagues.

Right after savoring the meal, people would usually take a walk to stretch up. But I think of it as a light form of exercise as I really lack it. At the same time, exploring the same surrounding--although it changes depending on the season!

Since this neighborhood is ancient, there are lots of historical sites worth visiting and appreciating.

Yes, I have visited most of these places (maybe all), including the four museums and sights nearby (Deoksugung Palace, Gyeonghuigung Palace, Agricultural Museum, Gyeonggyojang Museum, relics and site of the former Russian consulate, among others.

Deoksugung is one of the busiest walkways in the area, providing better paths for walkers and sightseers. The wall towards the rotunda is called 'Lovers' Wall'. Locals and foreign guests take photos with the Deoksugung Wall as the background.

The pathway beside Deoksugung Walls will lead you straight to Seoul City Hall and the main entrance of this palace where you can purchase an entrance ticket.

Inside this palace, you can enjoy the inner structure and buildings of the old palace. Inside it, you can also enter a museum that exhibits various arts, including famous Korean paintings. 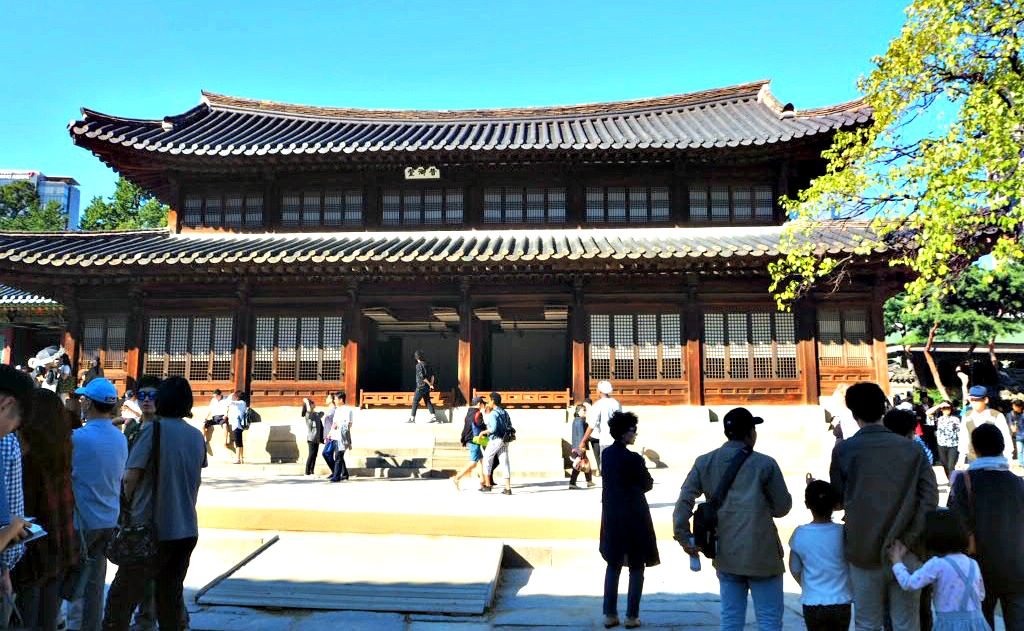 Ehwa Girls High School is another interesting place to visit when you are in this area. You can freely see their museum with exhibits of photos about the school's origin.

Located in Sincheon, Seoul, the University that provides higher education only to female students is one of the top universities in the country.

This old stone marker reminds people who are riding horses (especially during the Joseon Dynasty Period) to get off and walk beside their horses.

Why? Because the stone marker signals that one is already entering the palace's perimeter and that you have to show respect by getting off from your horse (or cow?).

You can still find this old stone market right beside the gate of Ehwa Girls High School area.

Kyunghyang Sinmun used to be a TV channel. It is still publishing newspapers, including online news. Some floors of the building are occupied with various small businesses, including cafes, restaurants, entertainment facilities, and offices.

On the other hand, Pierson Apartment building is not anymore an apartment but a business building with offices of private business (such as construction), music institute, cafe, non-governmental offices, newspaper office, among others.

Jeongdong Theater
This Theater is known for various performances, including ballet, traditional Korean dances, Korean musical, and drama performances, among others.

Inside the facility, you can enjoy its cafe and restaurant's food and drinks services. There is a lawn where you can relax and sip your hot or iced drinks while resting during your visit.

If lucky, you can observe a free performance on the stage by the lawn area. Tickets on performances at Jeongdong Theater are available on the site's ticketing booth or available online.

Over 100-year old Methodist Church
This over century-old Church is also worth checking out. It is located along the corner of the rotunda and just opposite to Deoksugong Palace and Seoul Museum of Arts.

The Church is made of red bricks. The design, of course, is not traditional Korean but of Western-style building. If you get inside it, you can see an old but still working pipe organ, piano, and other artifacts.

During summertime, the Church invites musicians to perform inside the church building and allow observers to watch during lunch breaks. I think it happens once or twice a week.

Getting to Old Jeong-dong Road

You can take any public transports available in Seoul area.

By Subway
Line 5 at Exit 3 of Sodaemun Station
From the exit, walk about 300 meters towards Gwanghwamun Square. You know you reached Old Jeongdong Road when you are at the crossing (Saguri).

Get off near the Korean National Police Heritage Museum or Seoul History Arts Museum. Then walk towards Donuimun Gate Museum Village, which is just a few minutes on foot.

Enjoy your visit. Contact me if you want info on how to get there.