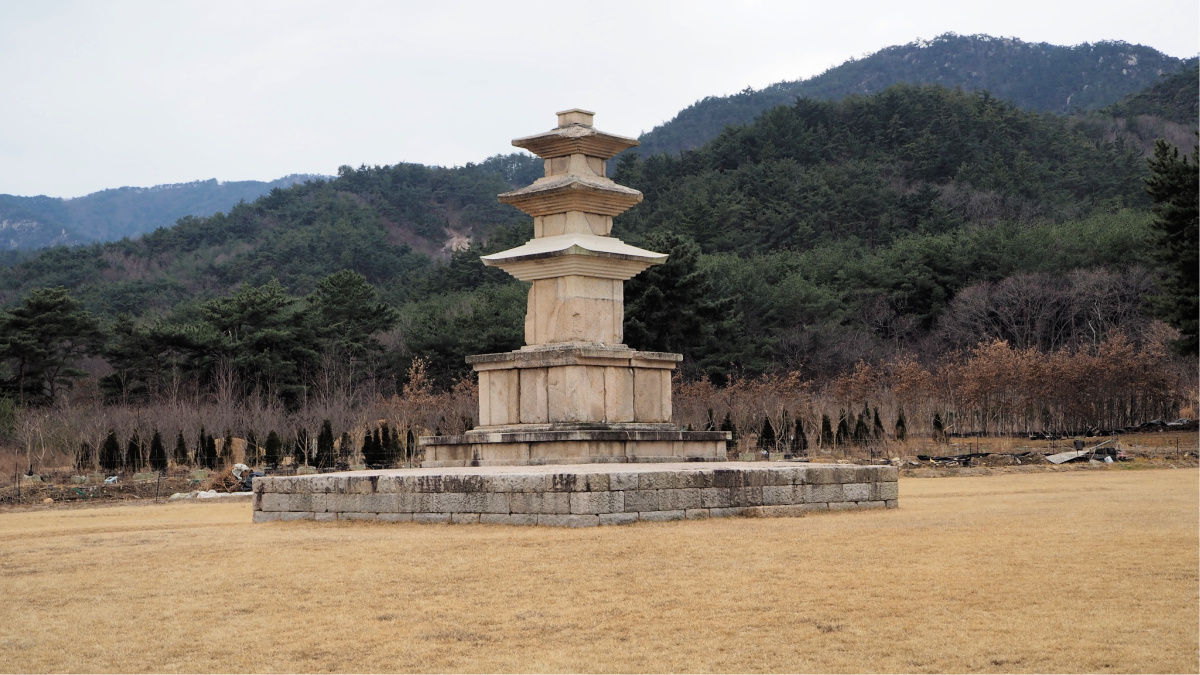 One of the two stone pagodas in Yeombulsa

On my way to Chilbulam Temple, the sight of the three-tiered pagodas caught my curious eyes. But I decided to reach Chilbulam Temple first and drop by here later that day.

HISTORY: The two three-storey stone pagodas is believed to have been built between the 7th and the 8th century. The two pagodas collapsed but were restored to its present conditions in 2009.

Based on that historical resource, an unknown monk stayed at Pirisa Temple in Pirichon on the eastern side of Namsan Mountain in Gyeongju.

The monk unceasingly prayed to the Buddha Amitabha. The sound of his chanting was heard (up to 170,000 units of 360) across Seorabel--the old name of Gyeongju City. Later on, the mysterious monk's name became known--Yeombulsa.

People honored him and called him Yeombulsa (念佛師). Yeombulsa means a recitation of the names of the Buddhas.

When he passed away, the Pirisa Temple where he lived was renamed Yeombulsa Temple. 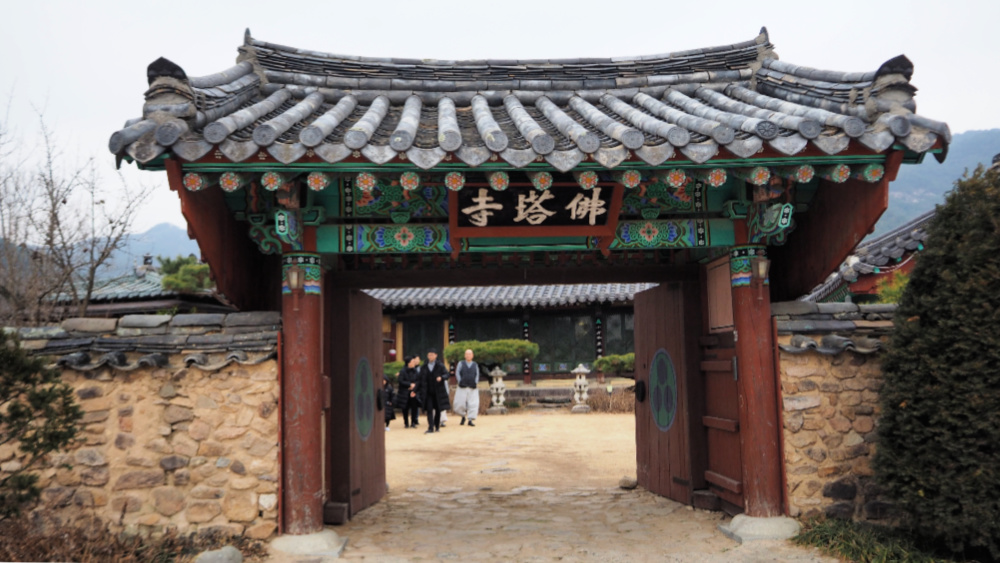 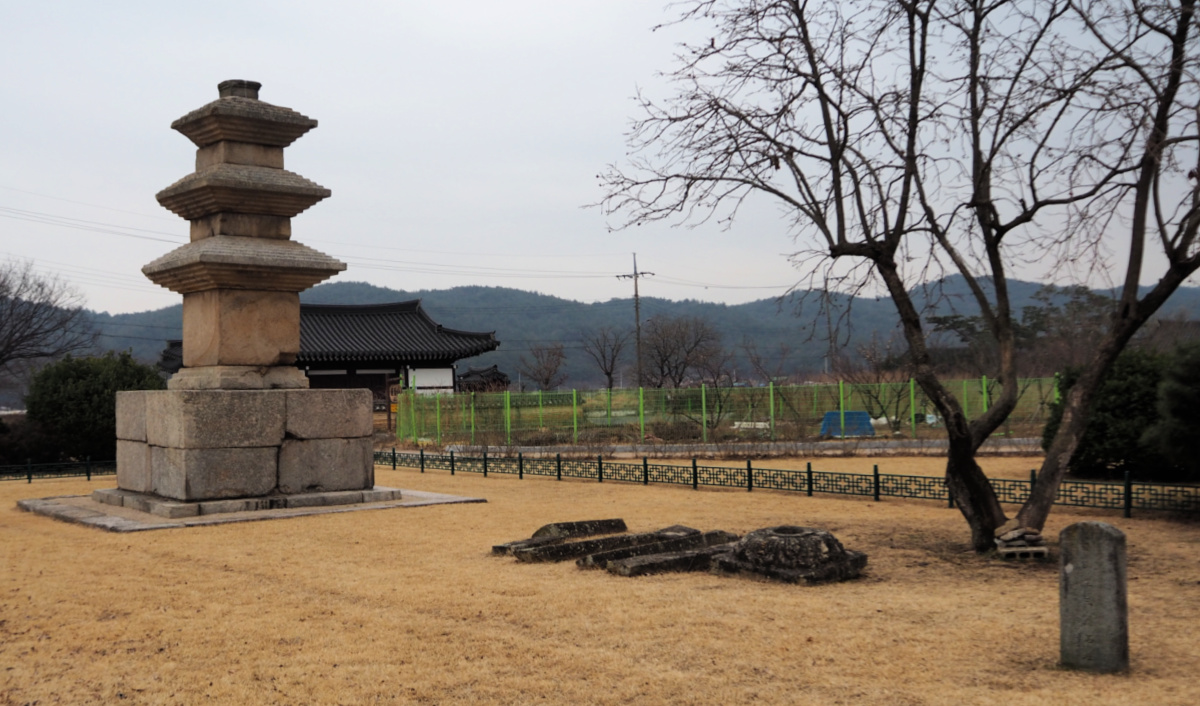 Gyeongju City held a ceremony to restore the three-storied stone pagoda in the east and west of the Yeombulsaji.

You can find these two ancient pagodas at 1130 Namsan-dong at the foot of Bonggugok in Dongnamsan. The two were also believed to have been dismantled during the Japanese occupation.

Sari and Beopsin were held in that order, followed by a Bongan ceremony, a memorial service.

In particular, the Saribeop deity enshrined in the east and west three-storied stone pagoda at Yeombulsaji was prepared by local Buddhist officials. 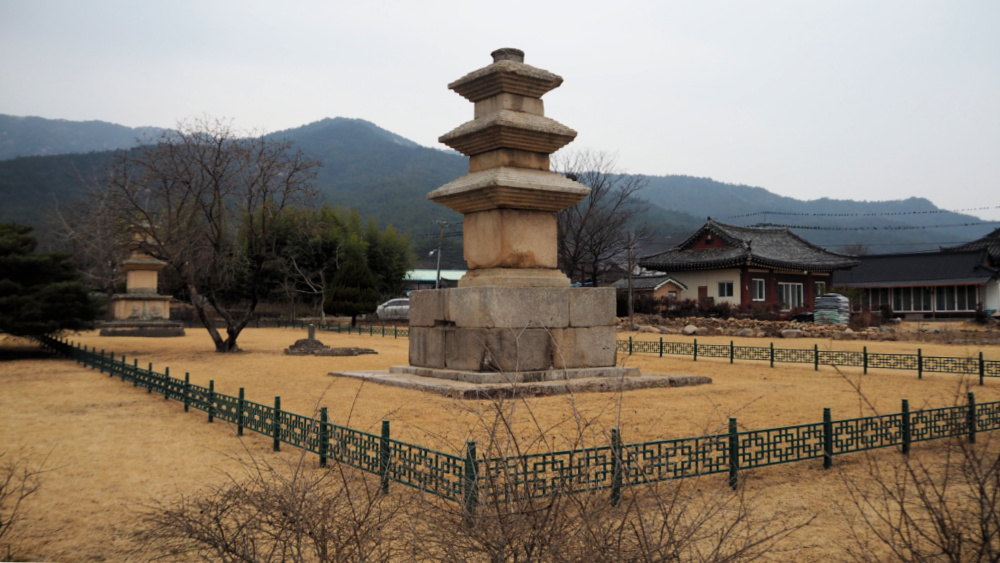 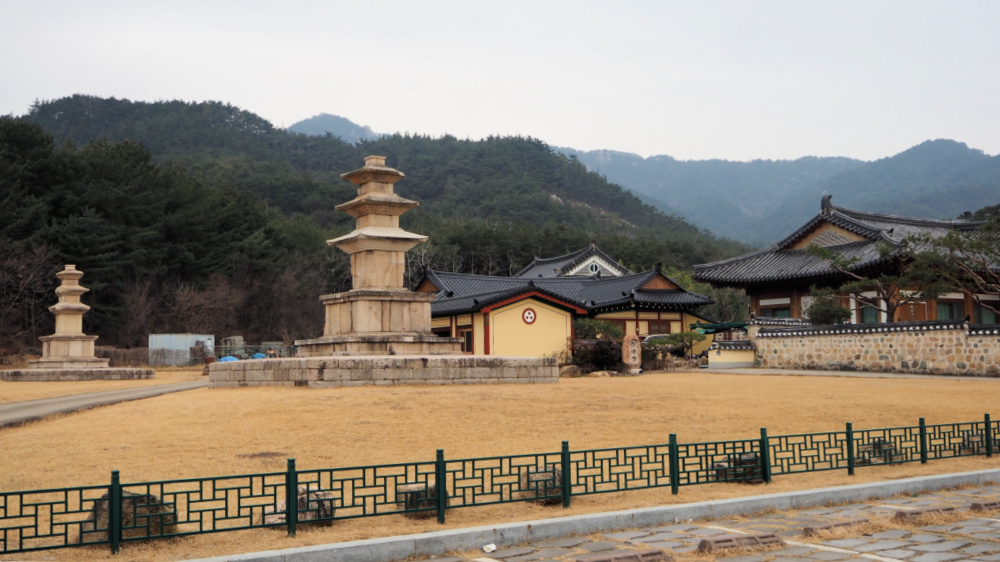 Area of Yeombulsa Temple and the ancient stone pagodas

The three-story stone pagodas in the east and west of Yeombulsaji, where the completion ceremony was held, were moved to Gujeong Square in Bulguk-dong in 1963.

One interesting feature of the two stone pagodas is that they are facing each other. Each of them is incredibly distinct in shape and design.

The pagoda facing the east is carved with figures of eight guardians of Buddha Dharma attached to the top tier of the platform. 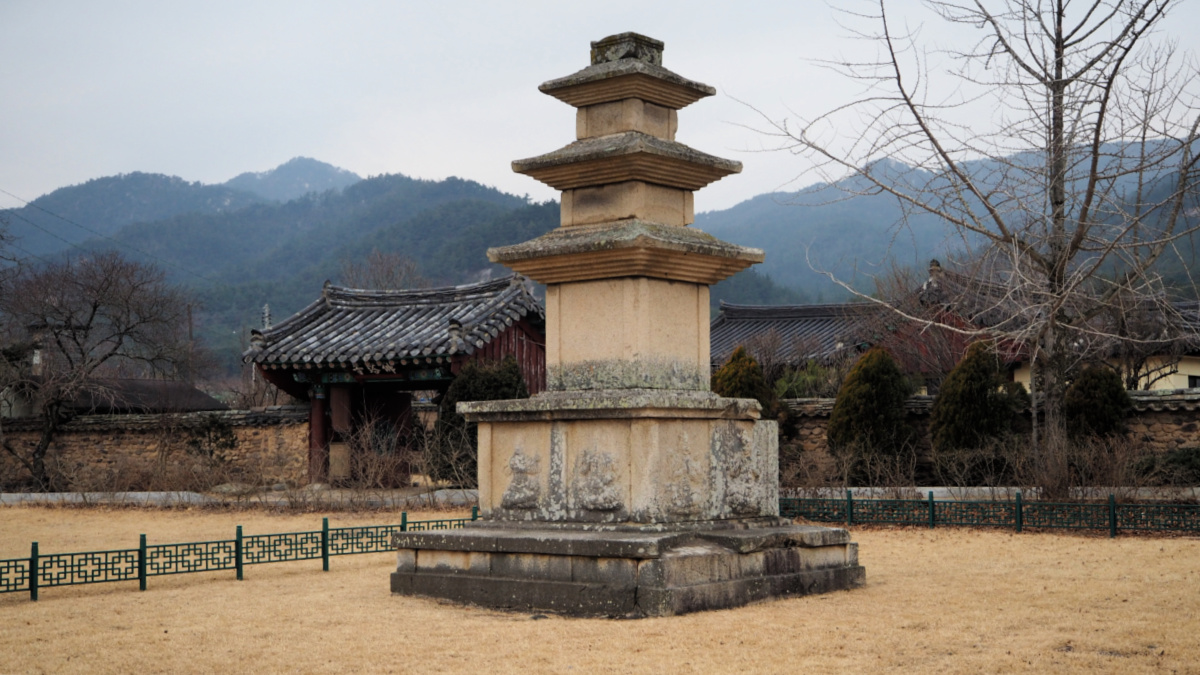 The sculpted guardians are believed to have begun appearing on pagodas during the mid-Silla period. The pagodas seem to symbolize Mount Sumero, the world where Buddha lives.

However, as public opinion to restore the tower to its original location over 40 years passed, Gyeongju City began construction in June 2007 with a total project cost of 595 million won, completing preparations such as purchase and excavation of the Yeombulsaji site.

Gujeong Square's tower was moved here, and all restoration works were completed at the end of December last year. 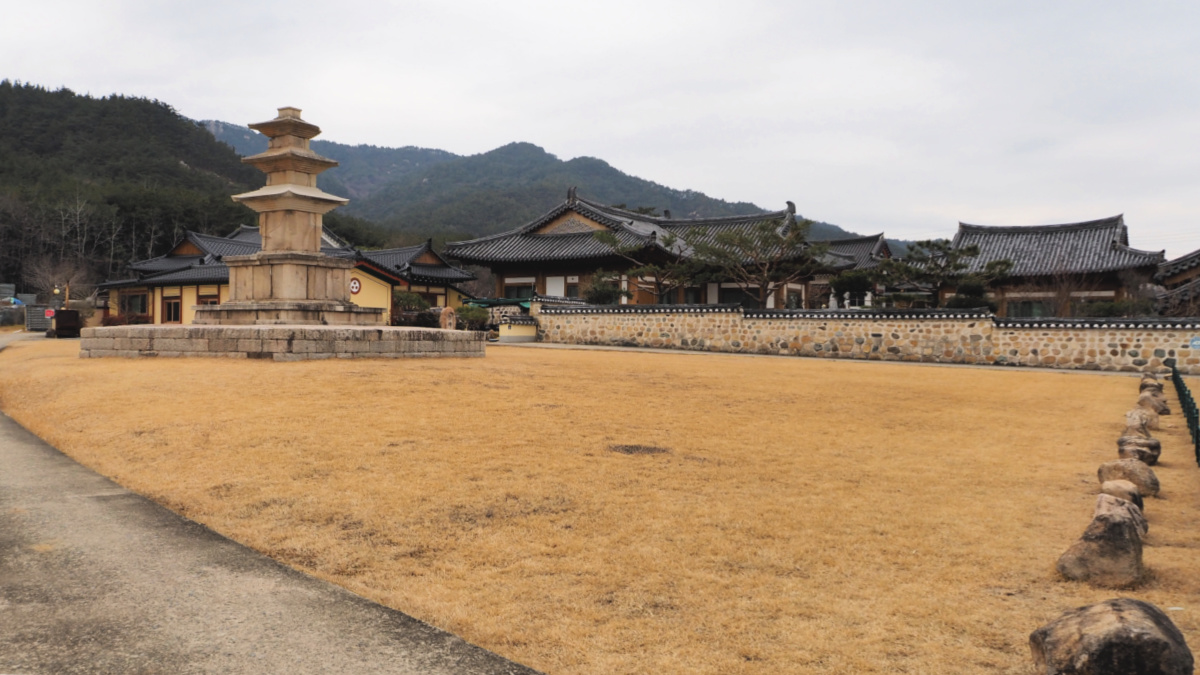 Getting to Yeombulsa Temple Area

First, you need to get to Gyeongju City and then find various means to reach Yeombulsa Temple via public vehicles or hiking.

Check out this Gyeongju attractions guide to choose your mode of transport when getting to this beautiful city.

If you are interested in exploring and enjoying the site, it is located at 1130 Namsan-dong at the foot of Bonggugok in Dongnamsan.

You can take either a bus or a taxi from Gyeongju City center to the Yeombulsa Temple area in less than 30 minutes.

Thanks, and enjoy your day!