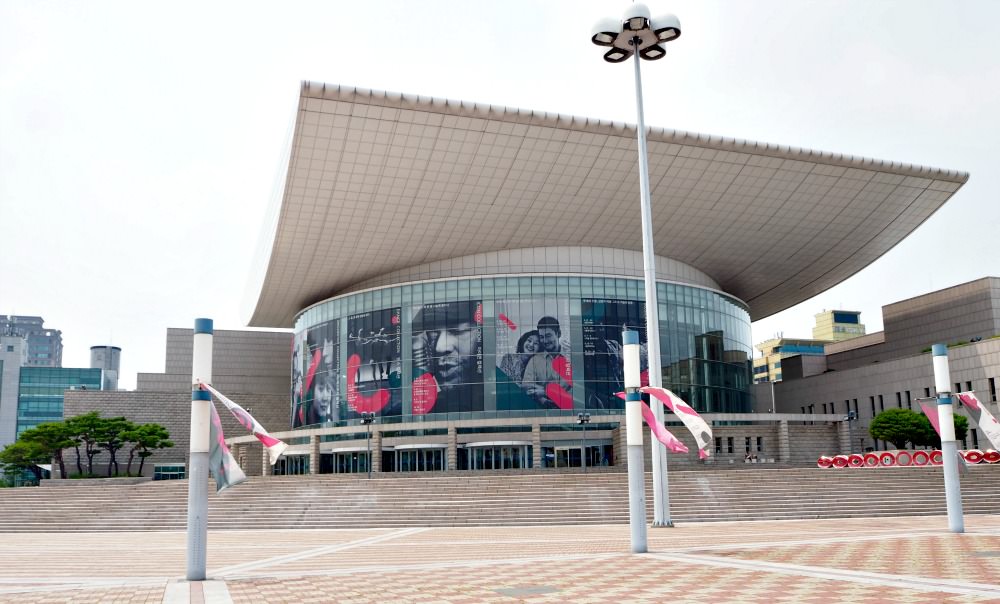 Facade of the famous arts center

Daejeon Arts Center is the main venue in Daejeon when performing major art-related events in the city. Since its opening in 2003, the Center has been playing its role and promoting culture and arts in this city.

Daejeon Arts Center functions as a multi-performance venue for aesthetics and events. Its stage can accommodate over 300 performers, and the orchestra box can seat more than a hundred players.

The Center is fundamentally divided into four main spaces for performances of various kinds. The halls include Art Hall, Ensemble Hall, Convention Hall, and Amphitheater.

The Art Hall
The Art Hall is a vast space with elegant architectural touch suitable for all sorts of cultural and arts presentations.

It has a seating capacity of over 1,500 persons. Performers for a grand opera, ballet, musical, drama performances can carry out their skills without problems of space.

The seating arrangement is composed of three stories, like a gallery. The seats are designed to provide more space and comfort to the audience.

The audio facility is fantastic. The is inclined (up to 5.7 degrees) so that the audience can see the performer from head to toe.

The three stages at the left, right, and rear sides have the same size as the front and main stage. This set up lets the performers carry out a 4-scene performance flawlessly.

One of the incredible characteristics of the stage is that it can be suited to the demand of the performance. The space director and stage designer can express their creativity on this stage without any limit--except their imagination. 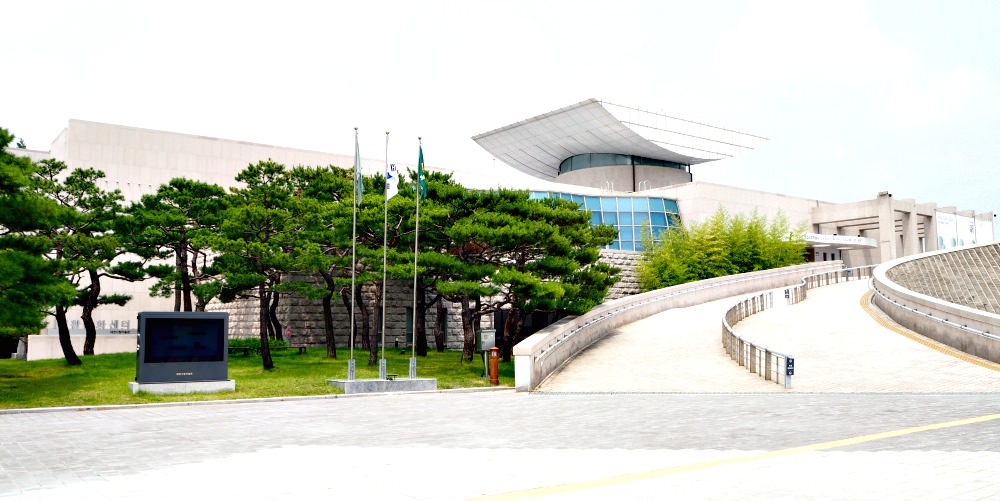 This Hall provides over 600 seats and a stage that can accommodate 150 performances altogether simultaneously.

The rotating stage has a radius of 10 meters. The orchestra box can accommodate up to 60 orchestra members.

Above all, the stage is designed in such a way that it can function to accommodate various performances including musicals, dramas, plays, chamber music, recitals, among others.

Convention Hall
With the latest built-in screen and projector, this convention hall is furnished and ready for international conventions and huge gatherings.

The Hall is over 400 square meters that can accommodate around 90 guests.

The Hall is part of the main building of the arts center. Simultaneous interpretation in various languages and recording service and equipment are also readily available. 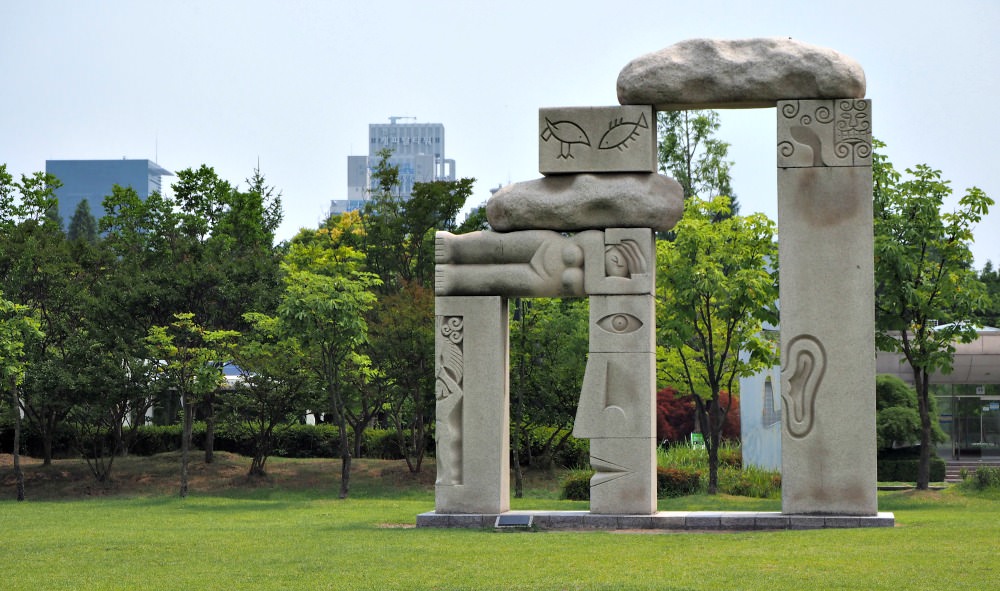 A sculpture at the Amphitheater area in Daejeon Arts Center

The Amphitheater
The Amphitheater and the outdoor garden is the place where people can relax and enjoy the surrounding space and arts around. The outdoor theater serves as the space for various kinds of public performances or entertainments.

Professional performers can show off their skills here. It is also open to newbies and amateurs who are honing their talents and stage presence.

The whole Amphitheater and outdoor garden can accommodate about a 1000 people.

This cultural and artistic space has been promoting and raising the quality of life among locals and participants through the beauty of arts and performances in various aspects.

You can read more details of Daejeon Arts Center on the following two dedicated websites: 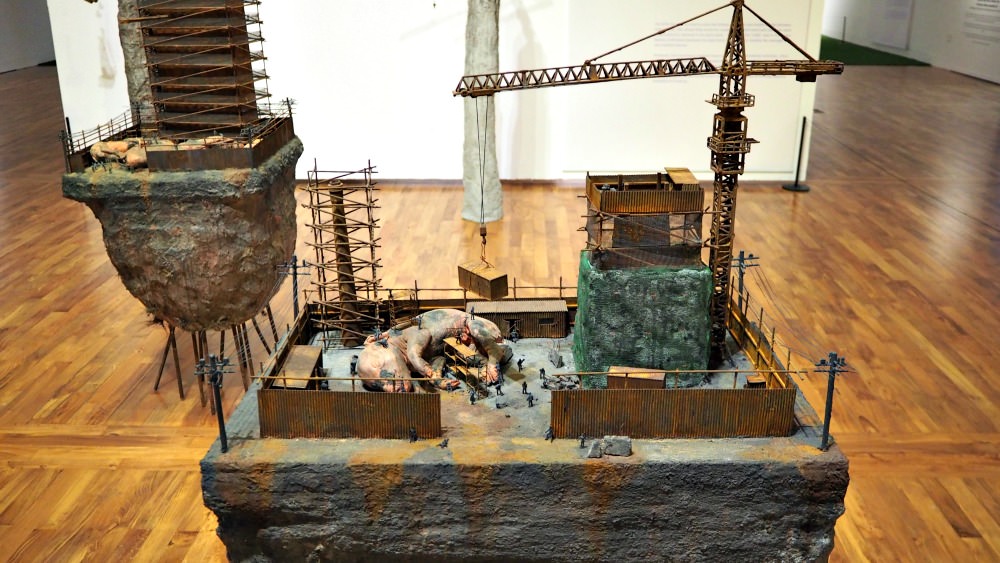 Exhibition at the Children's Hall

Getting to Daejeon Arts Center

Depending on your point of departure, you can take various transportation means for Daejeon City.

Daejeon City has a train station, express bus terminal, and inter-city bus terminal. Transferring to a taxi or bus is very accessible, and it would only take a few minutes to reach the arts center.

From Incheon International Airport, proceed to the 1st Floor (Ground Floor) and look for 9D (Bus Stop for Daejeon) at Terminal 1.

You can also choose from many express buses from Dong Seoul Express Bus Terminal for Daejeon.

Thanks for reading through this article. If you have questions, please let me know.