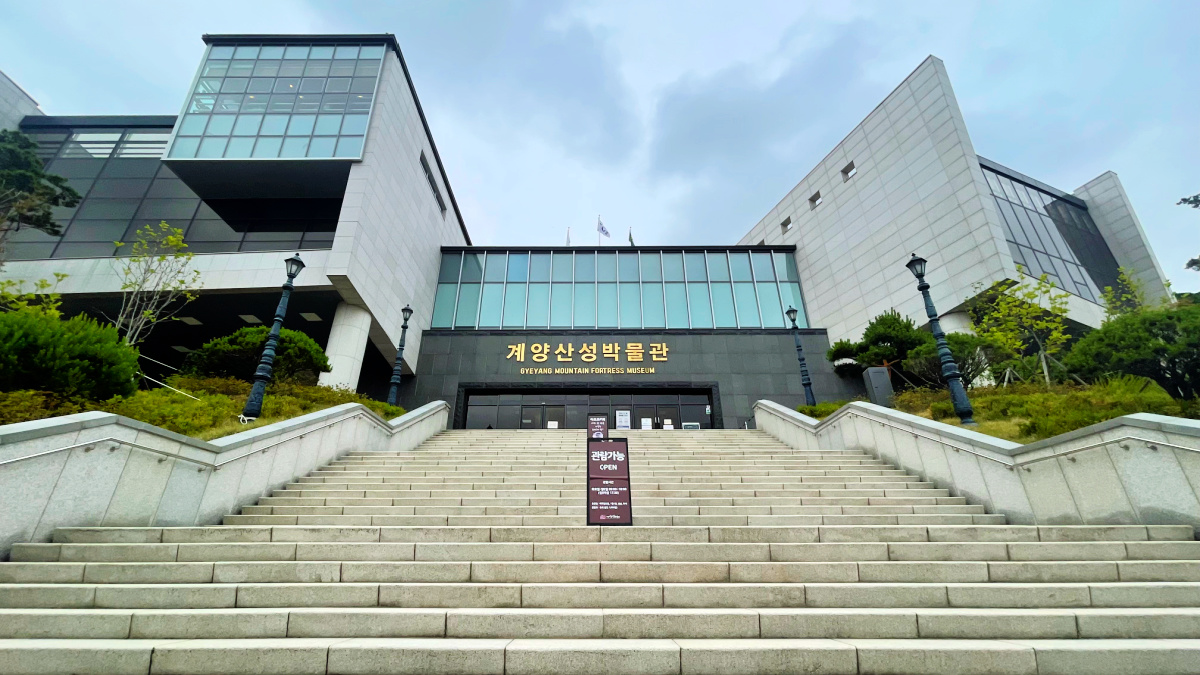 Gyeyangsanseong Museum is a newly-completed museum exhibiting the story, historical data, and artifacts about the ancient walls and fortress that existed in the past. The museum is tucked by the foothills of Gyeyangsan or Gyeyang Mountain in Gyeyang Disctrict, Incheon City, South Korea. 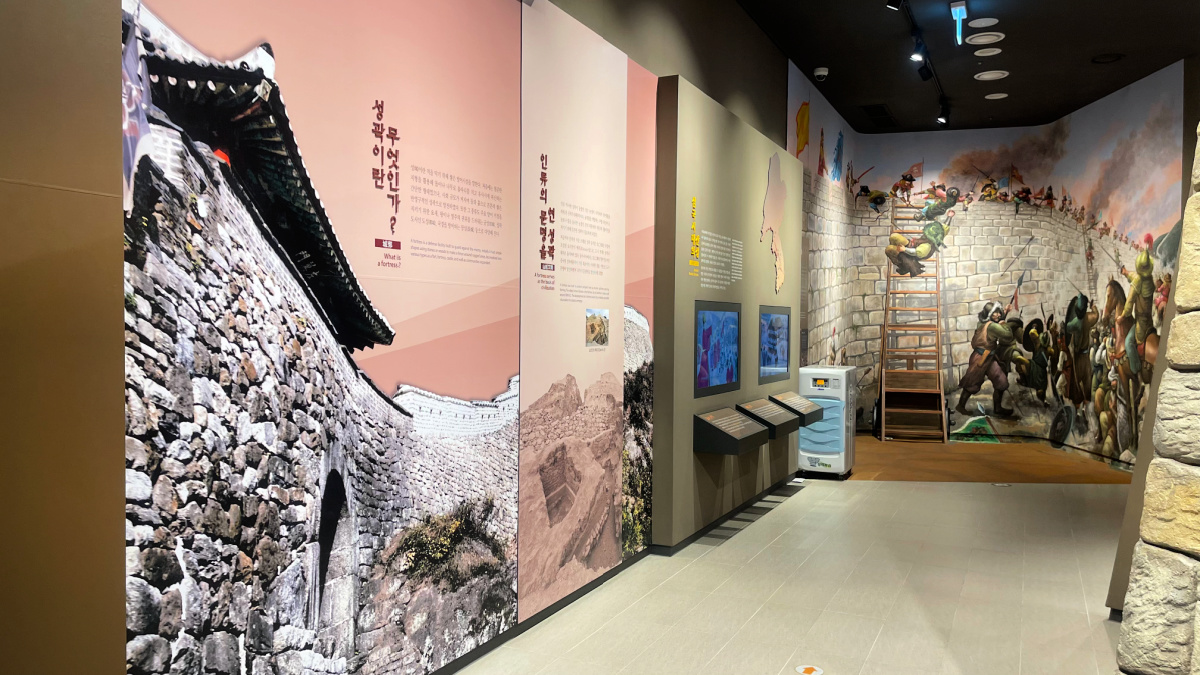 Entrance area of the museum 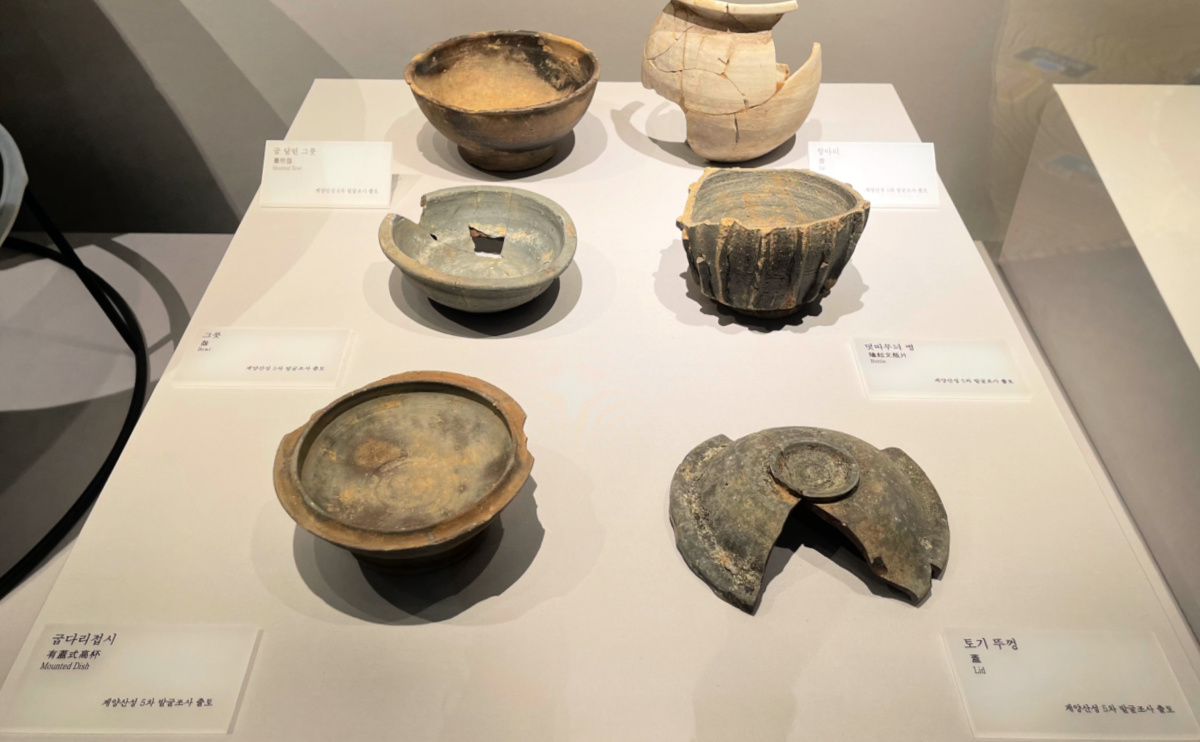 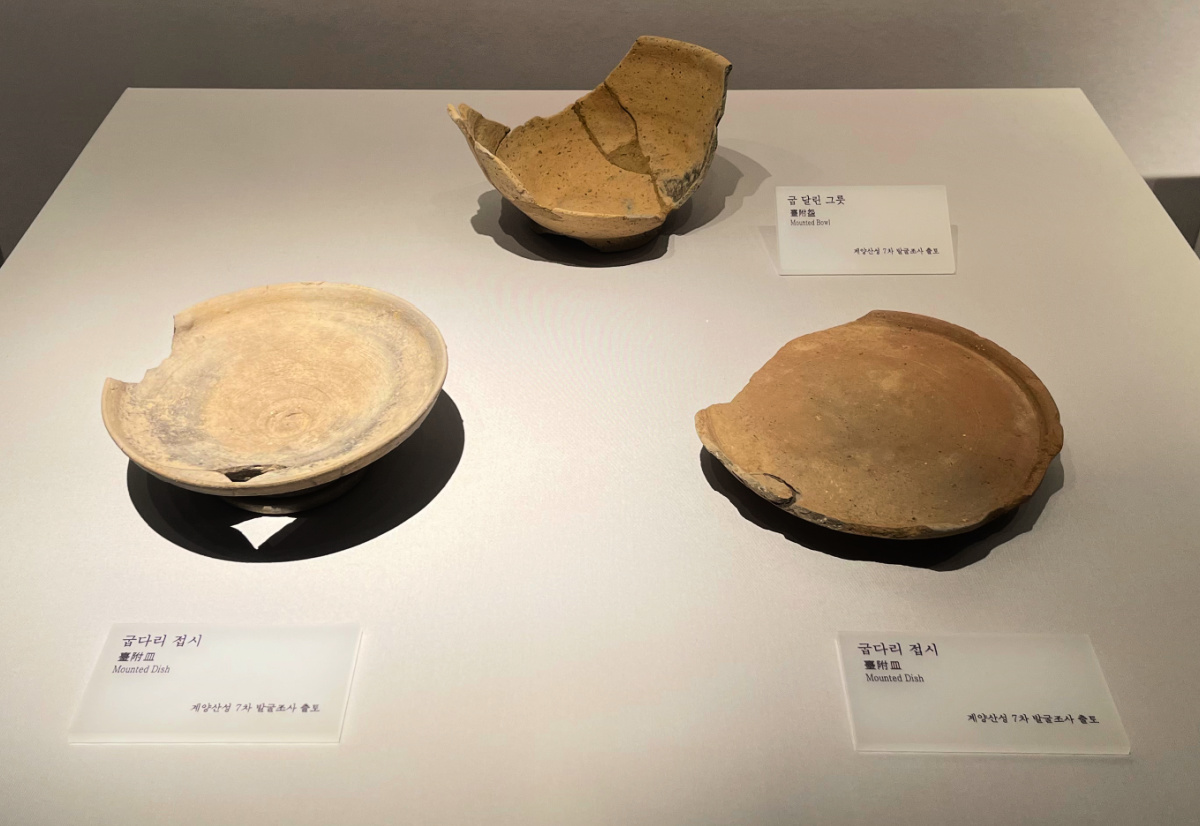 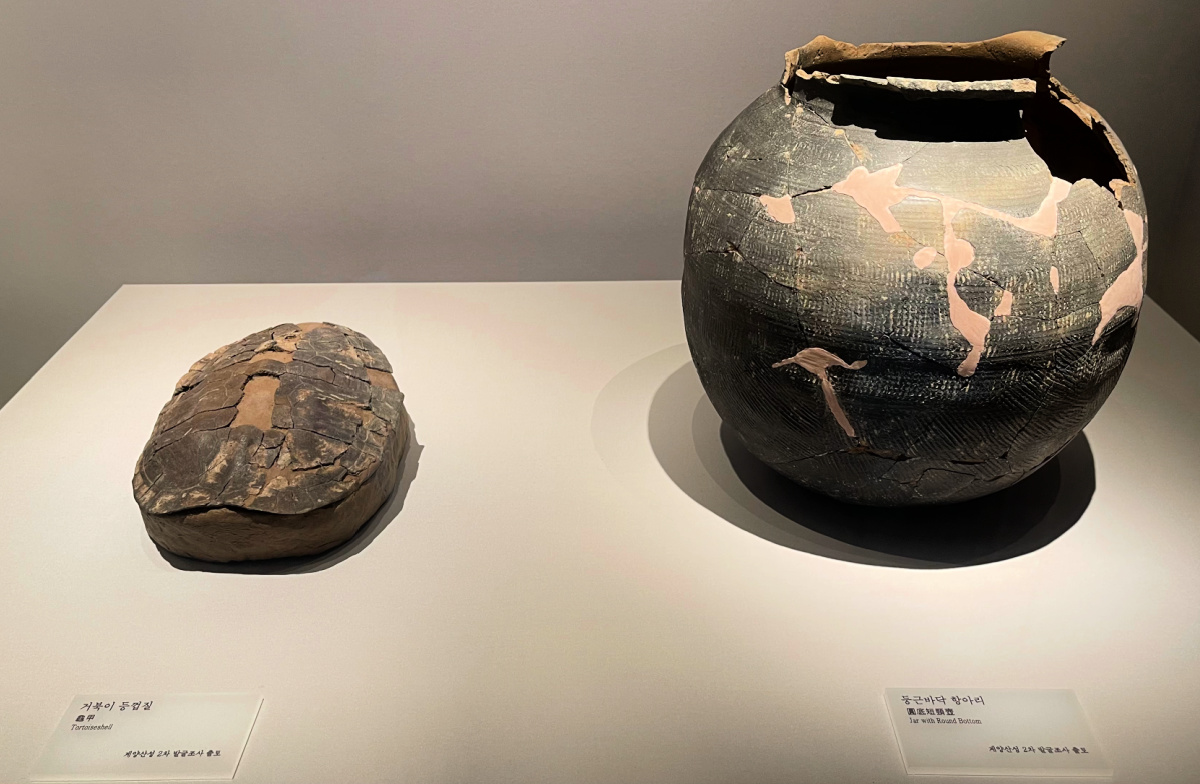 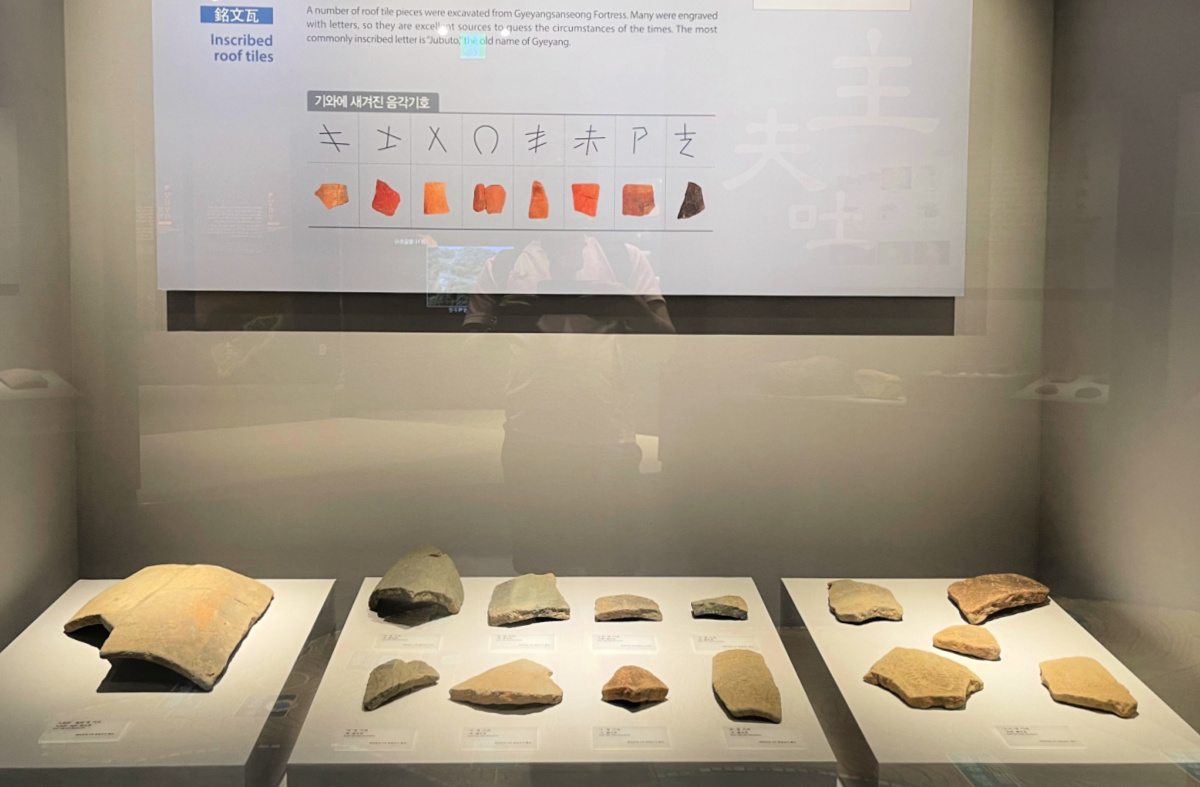 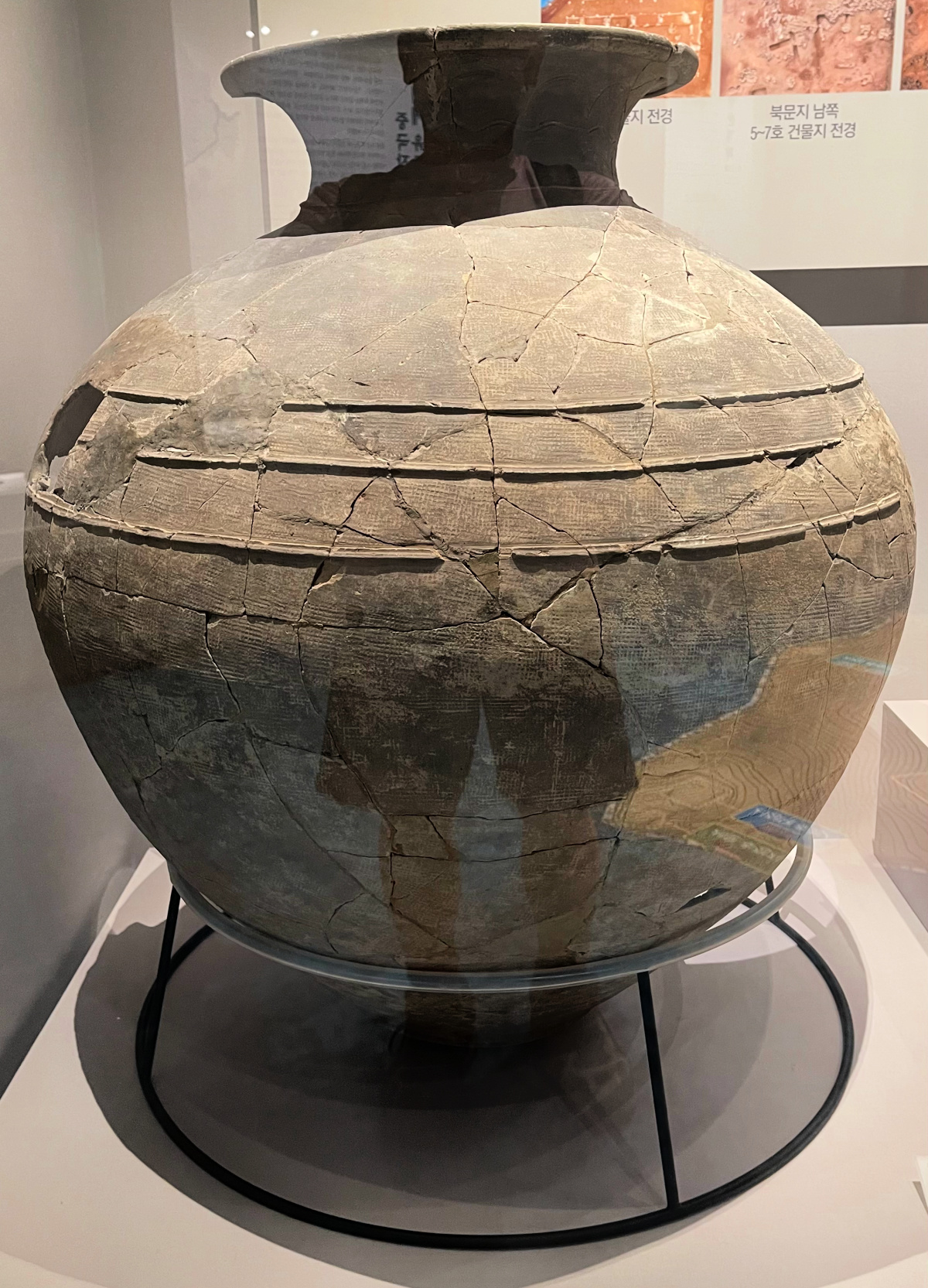 What Is A Sanseong (fortress)?

Korean fortresses are defences, walls, and forts constructed by Korean during the Three Kingdoms Period of Korea. Koreans developed their style of building such defences to protect themselves against foreign invaders.

Beginning with Goguryo Kingdom, Korea has been called “a country of fortresses as almost 2,400 mountain fortress sites have been discovered. 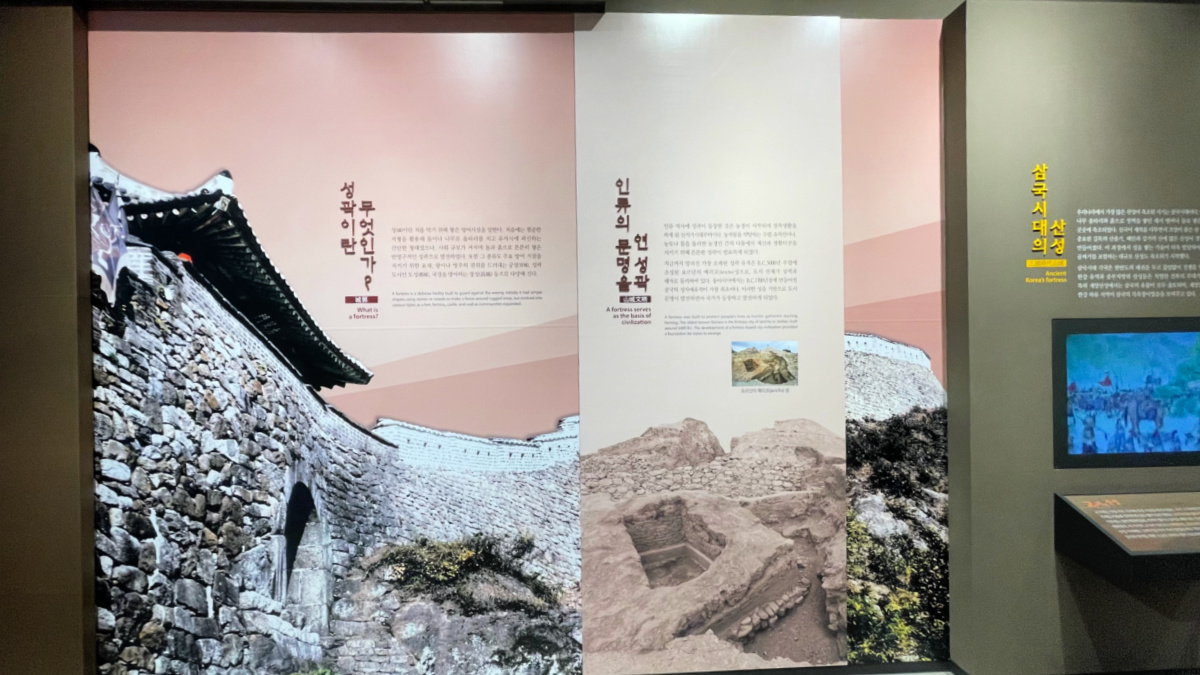 What's a Korean fortress like? This section describes the mountain fortresses in Korea.

This section describes what a Korean fortress is like. 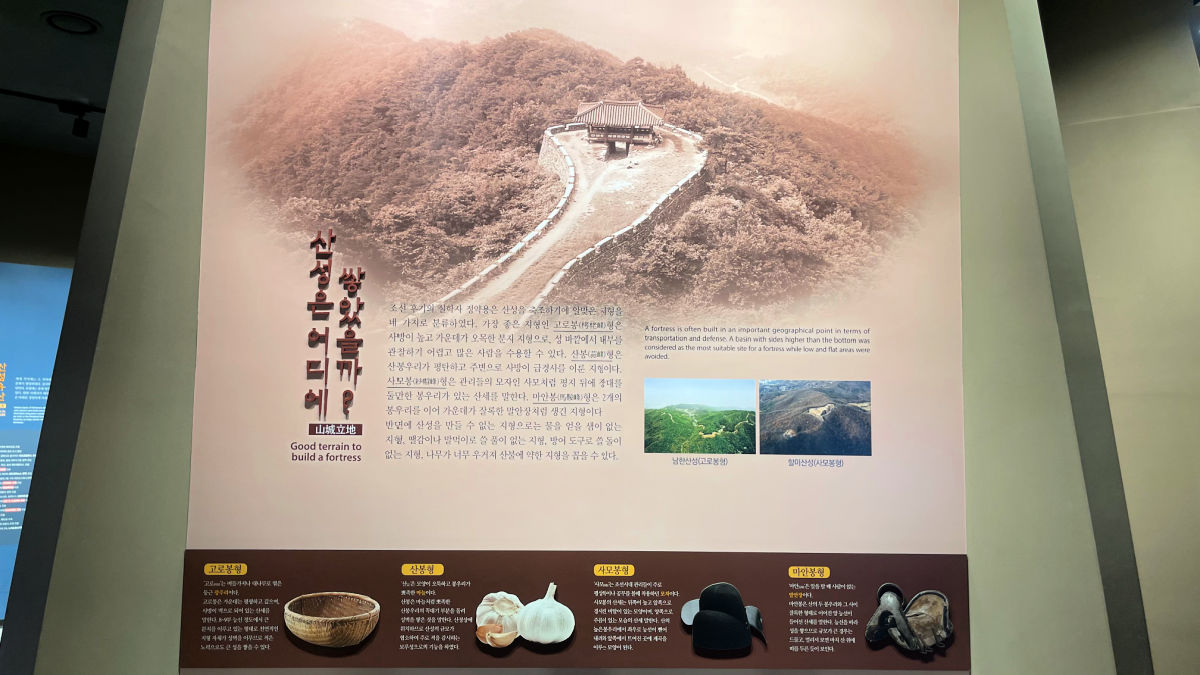 Korean fortresses were basically built on favorable terrains to gain an advantage against invading foreign invaders.

"Since the 19th century, a fortress became a key location for defending against the invasion of imperial powers. Soldiers inside Jeongjoksanseong Fortress defeated our French forces. Moreover, a fortress served as the base for the resistance movement of civil militias assembled in various parts of the country against the Japanese invasion. 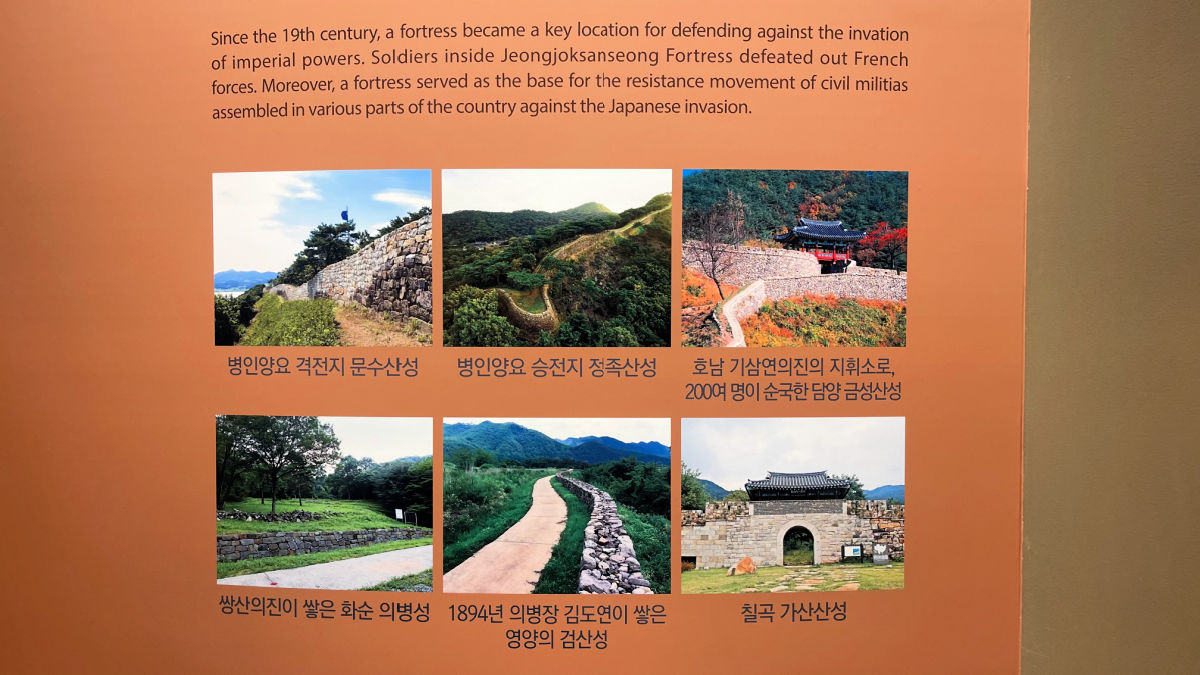 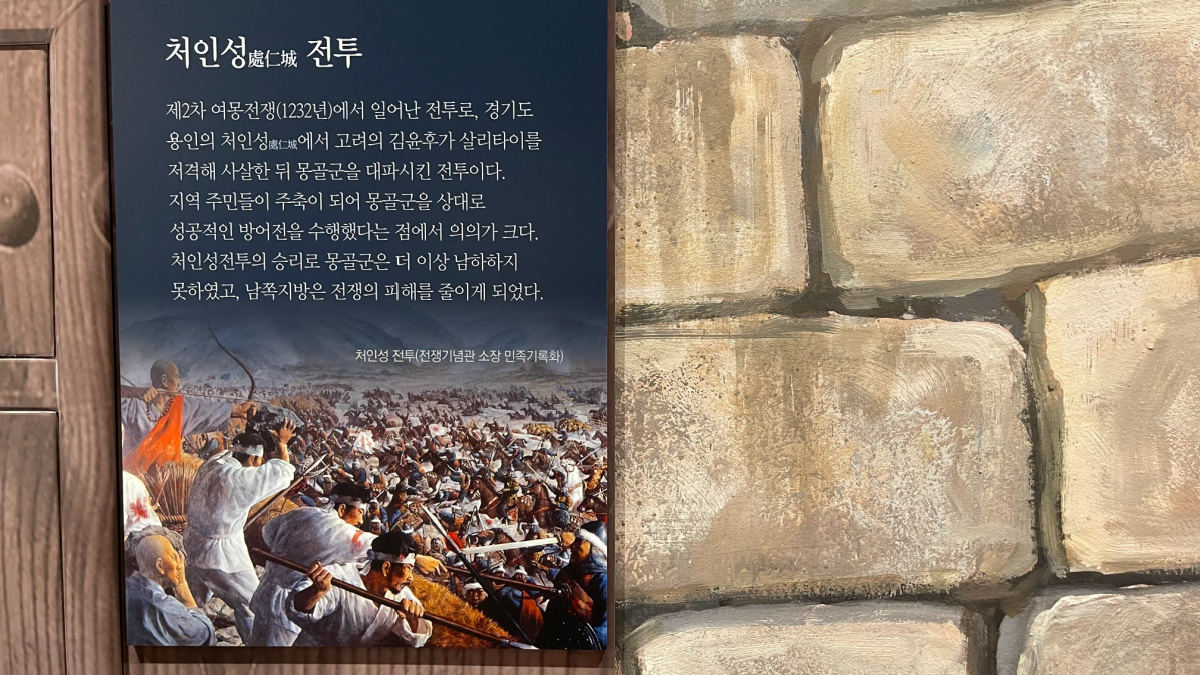 A painting depicting a battle against the Mongolian invaders in 1232.

Throughout much of its history, Korea has been invaded, influenced, and fought over by its larger neighbors. It has suffered about 900 invasions during its 2,000 years of recorded history.

In 1231, the Mongols began their invasions of Korea during seven major campaigns and 39 years of struggle, but were unable to conquer Korea.

Korean fortresses, including Gyeyangsanseong, were basically made of earth and stones. The walls were built by cutting the mountainsides or digging up and piling eath into a cast to bank it up. 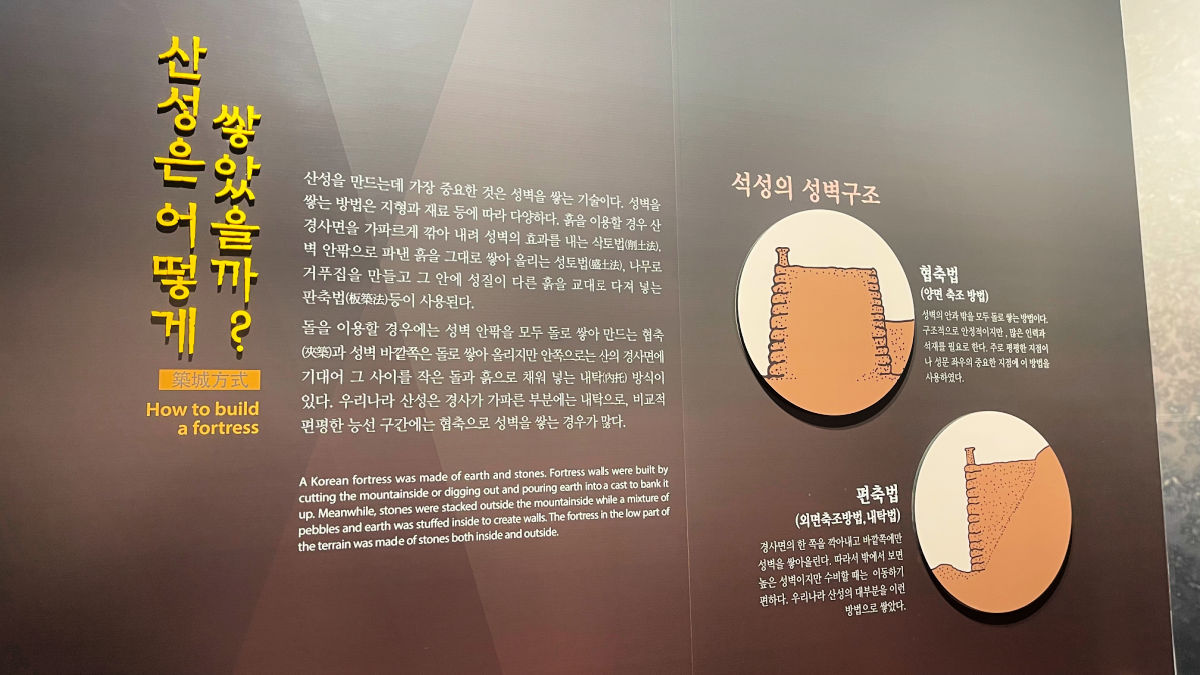 How To Build A Fortress...

Korean fortresses were invented by Goguryeo and spread to Baekje and Silla, and then inherited and further developed by Goryeo and then Joseon. 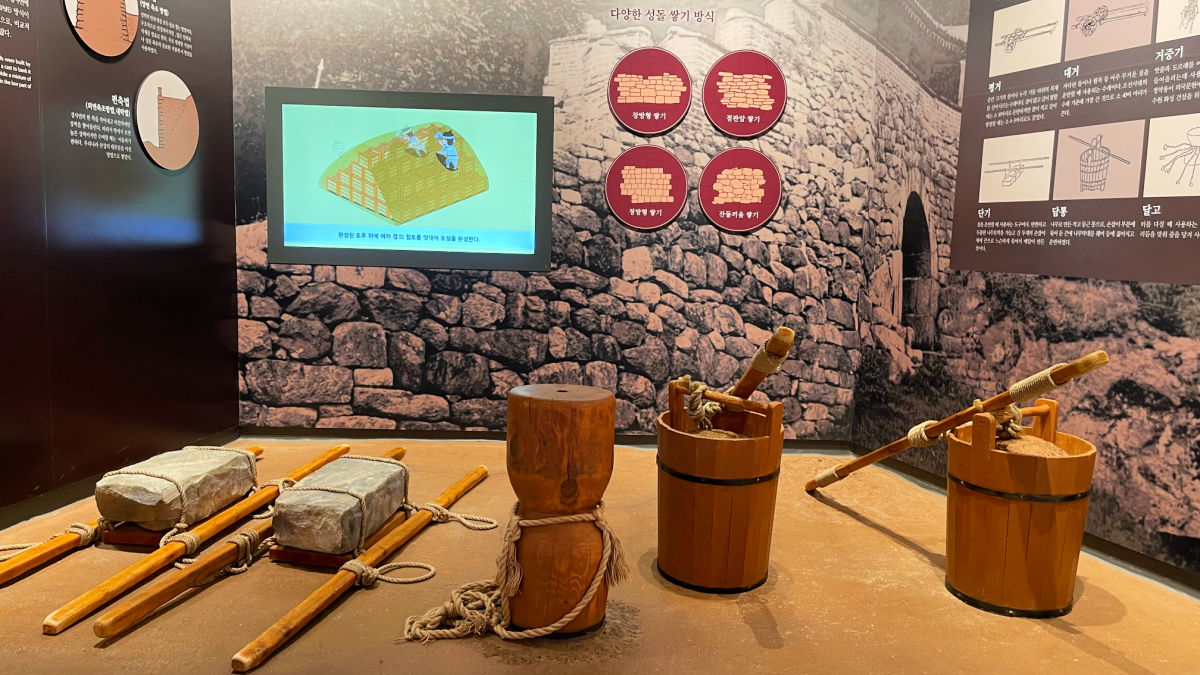 Tools for building a fortress

A Korean fortress was built to prevent invaders and preserving and sustaining the insiders of the fortress. Various structures were built to support the defence efforts and the lives of the soldiers and inhabitants of the fortress.

Mainly, the fortress structure included a moat, gate, fortress walls, square bastions, drainage system, and wells. Inside the walls were warehouses, barracks, and other facilities including reservoirs. 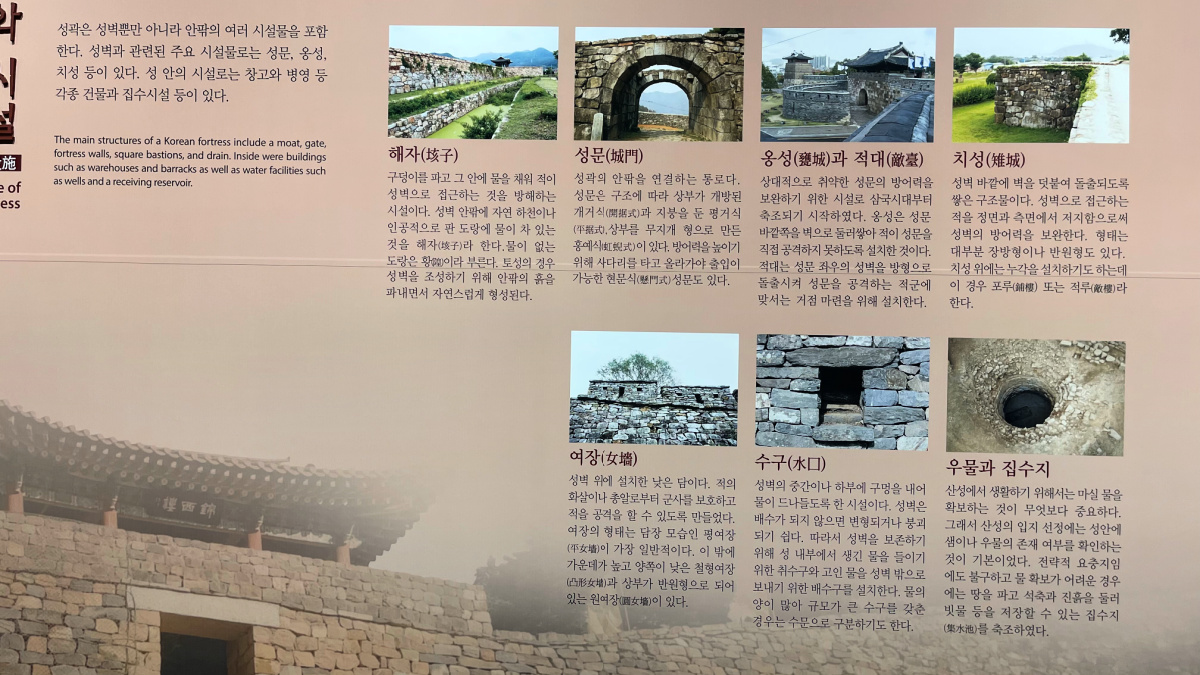 The photo above shows a fortress' structure including warehouses, barracks, well and water reservoir, etc. 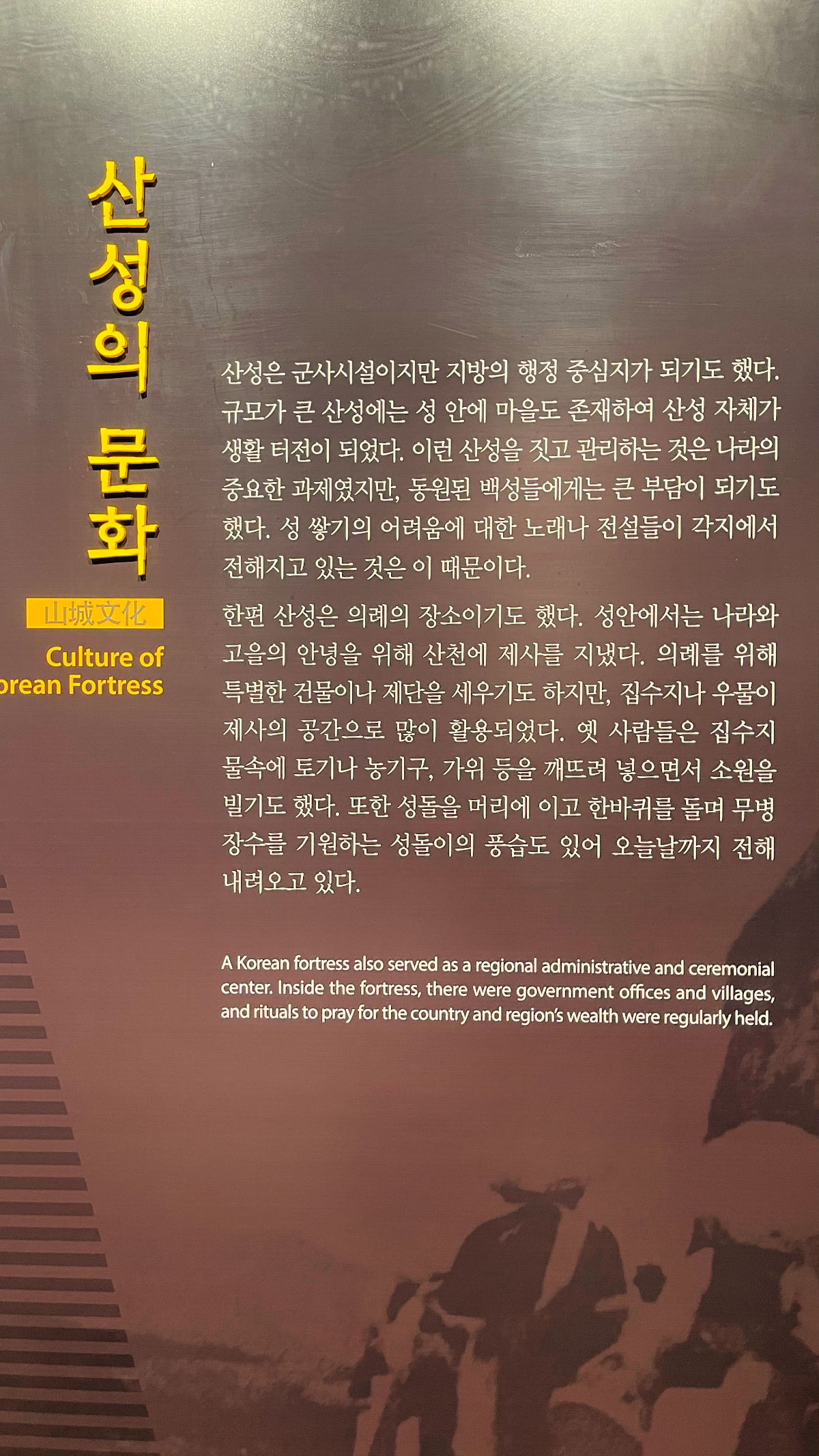 Korean culture within the walls 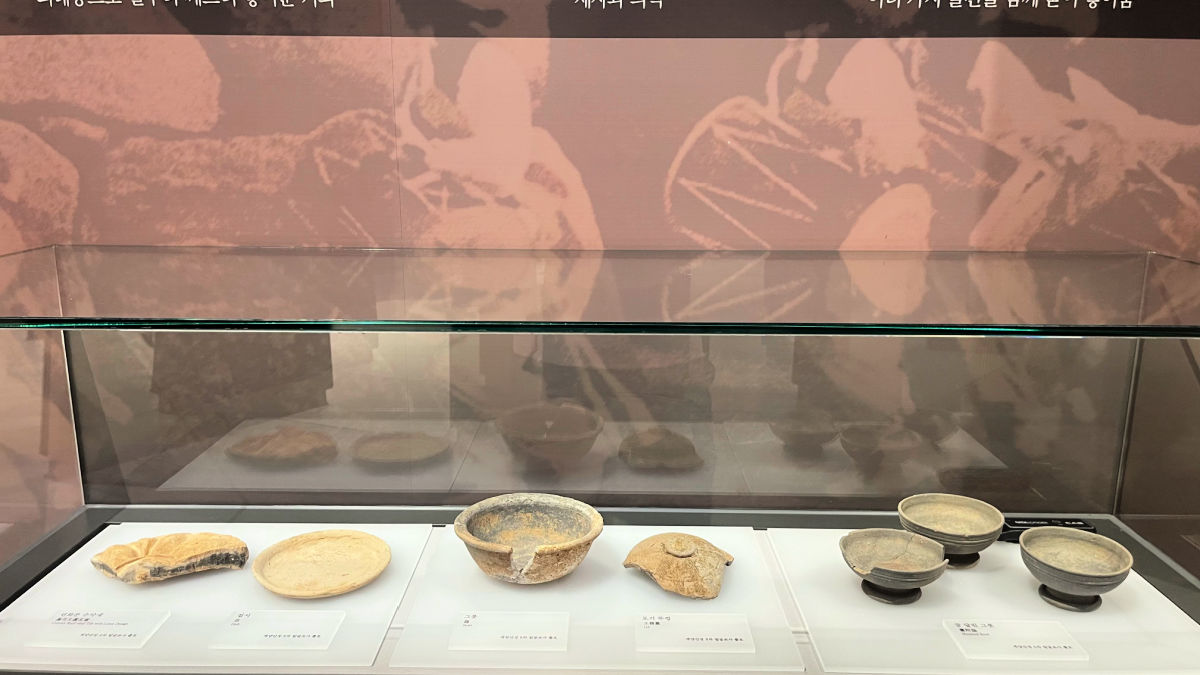 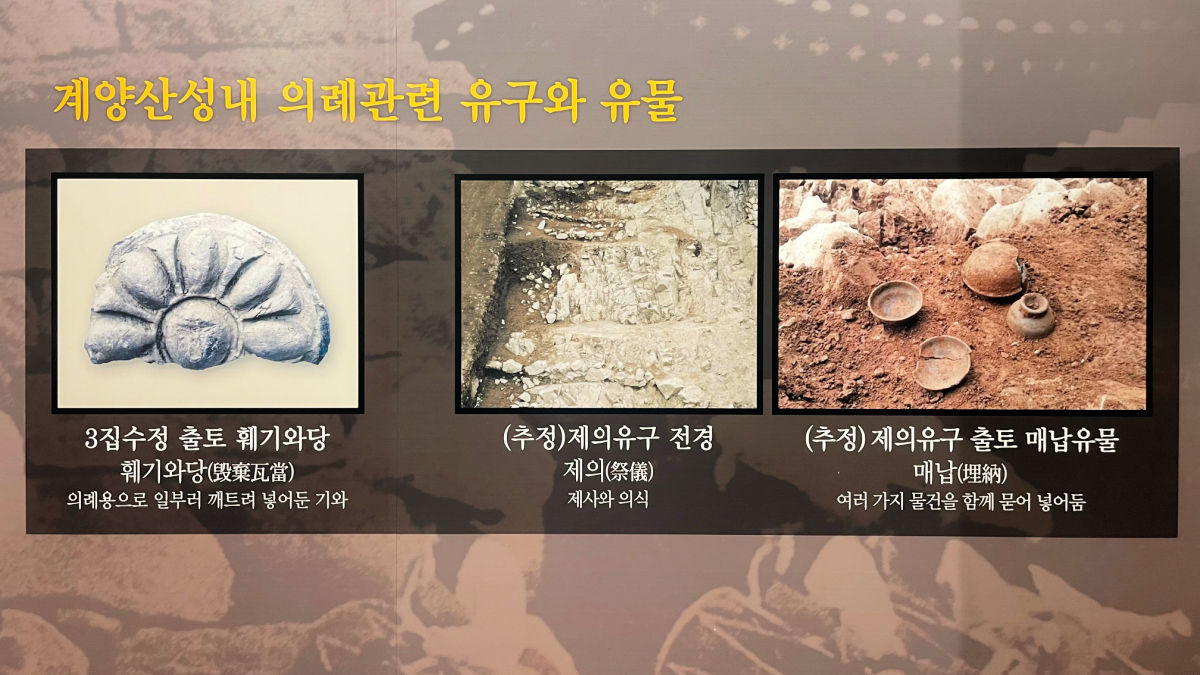 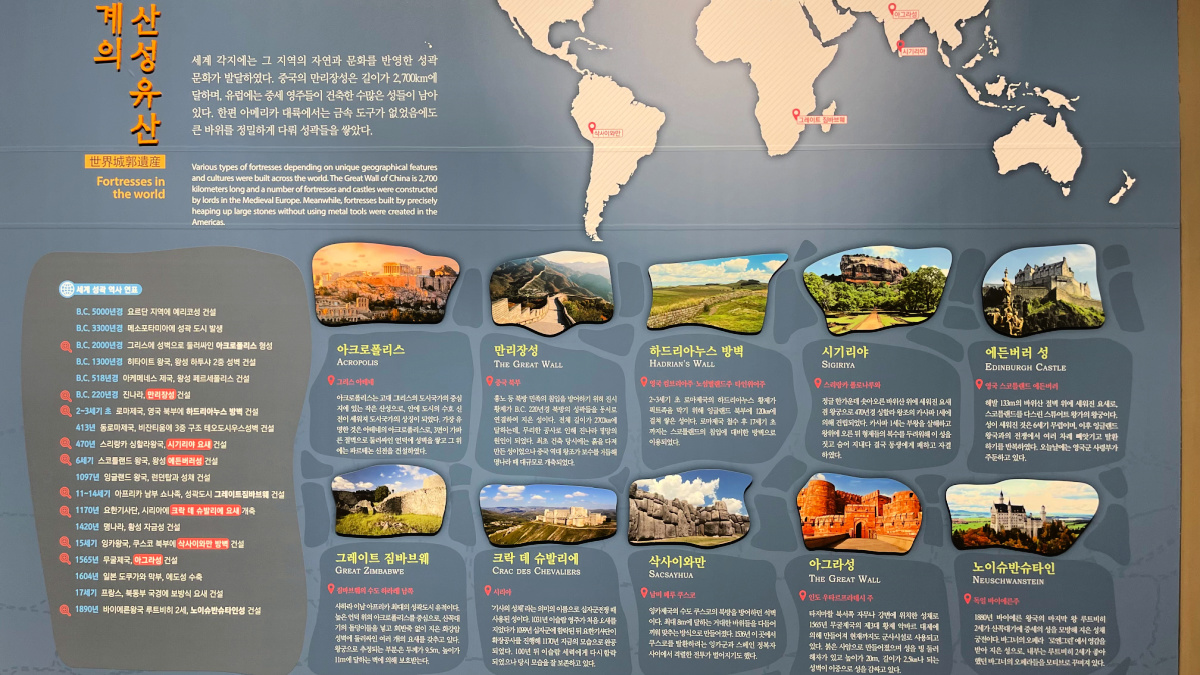 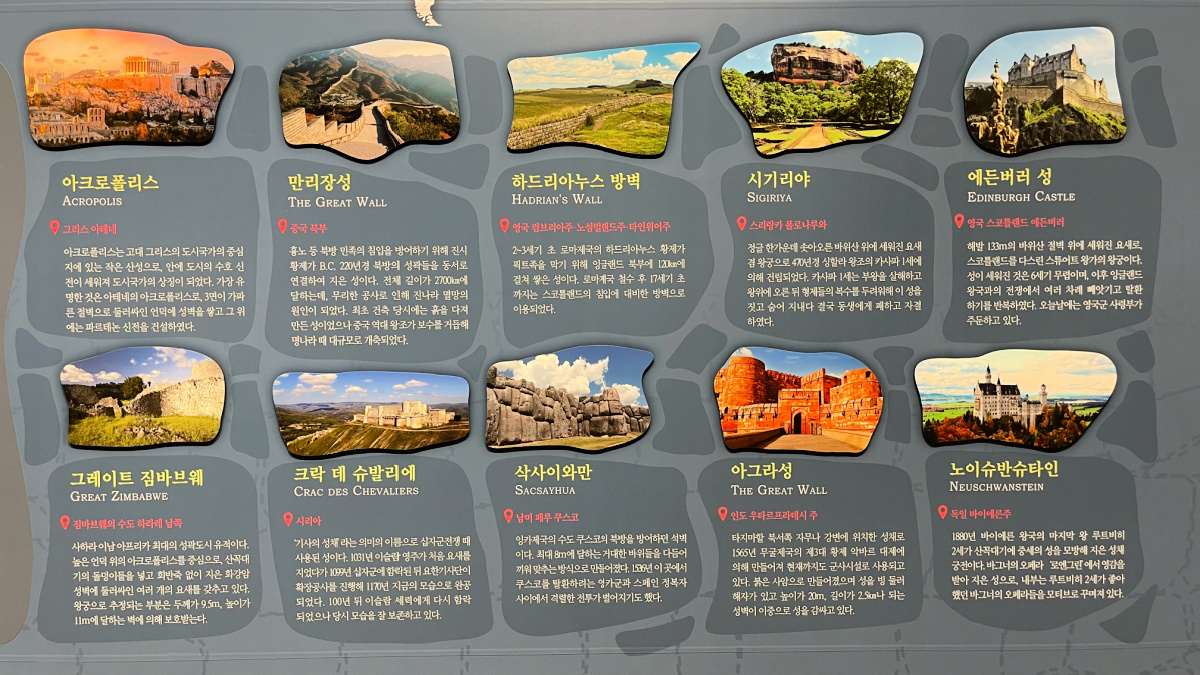 Gyeyangsanseong Fortress is one of Incheon area's fortresses built in the past. It is located at the foort of Gyeyang Mountain, which is 395 meters above sea level. The fortress was about 1,180 meters in circumference and its walls were about 7 meters tall. 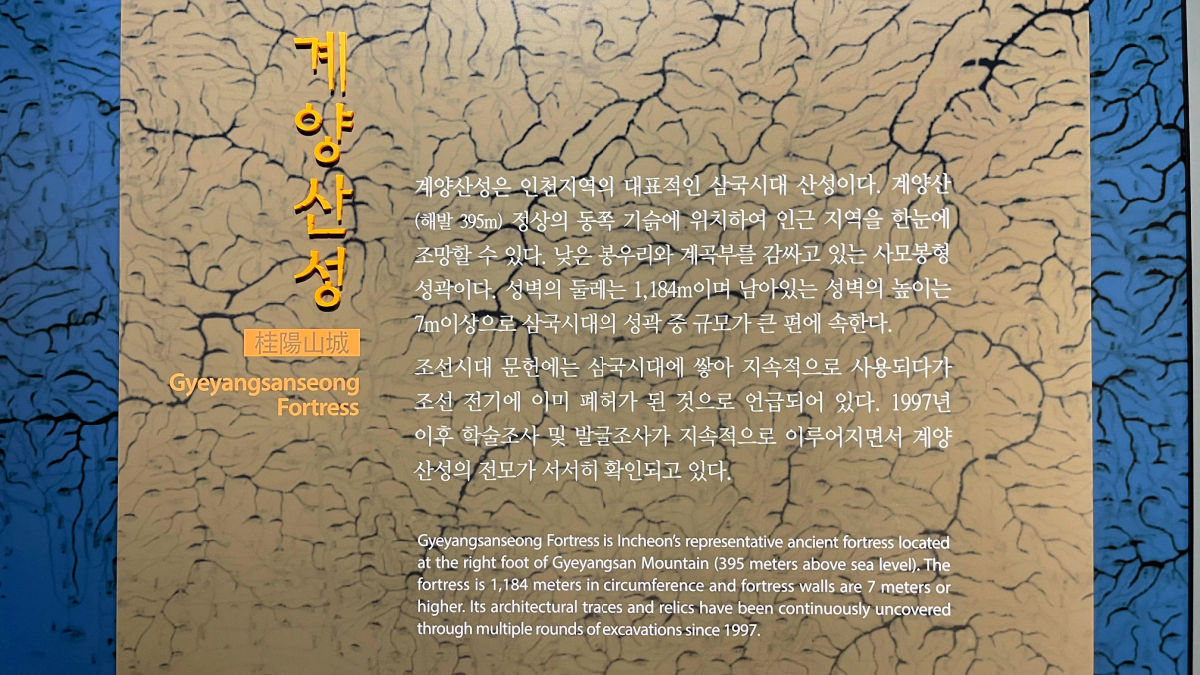 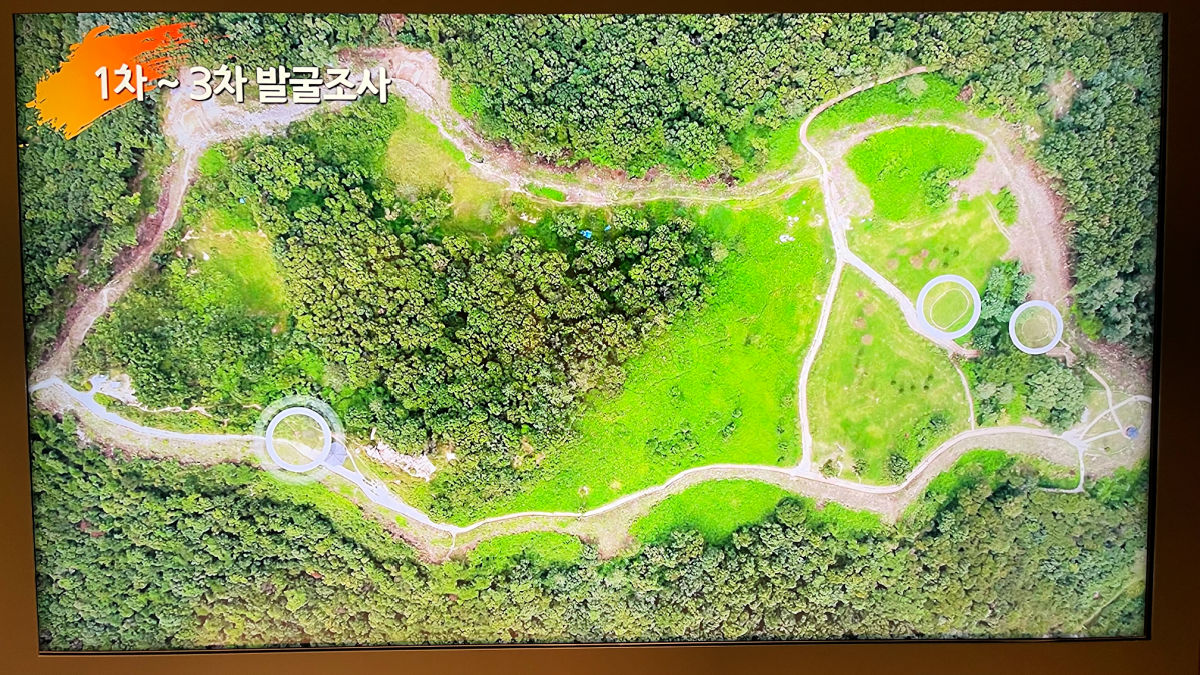 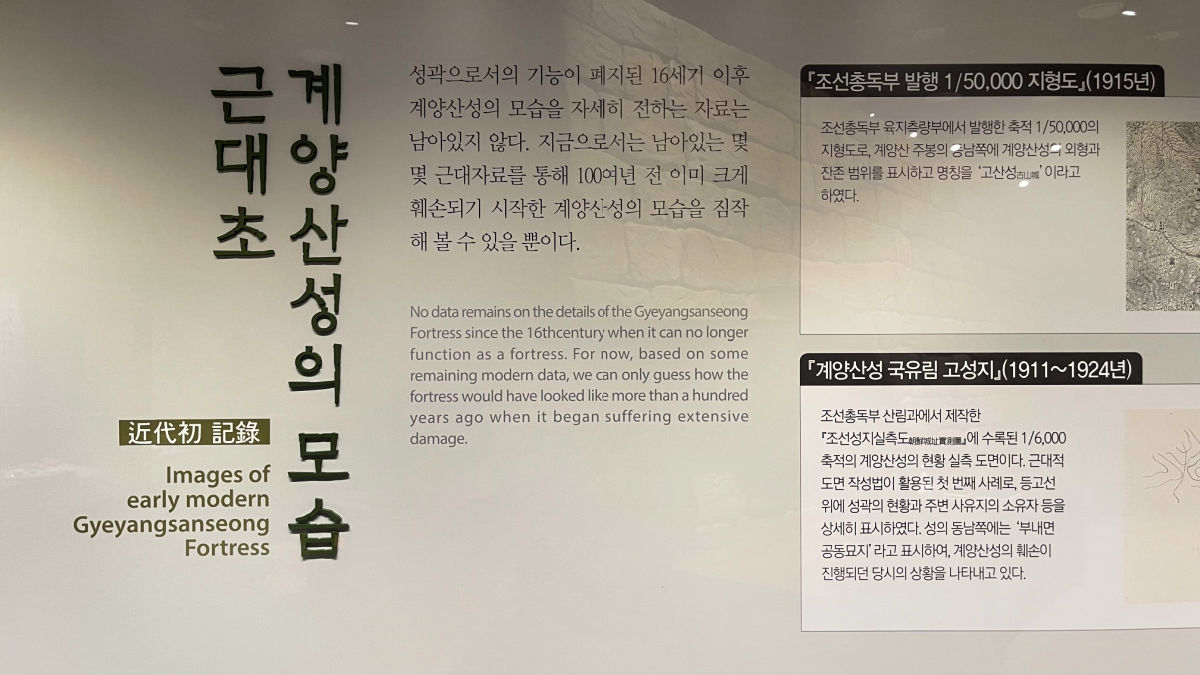 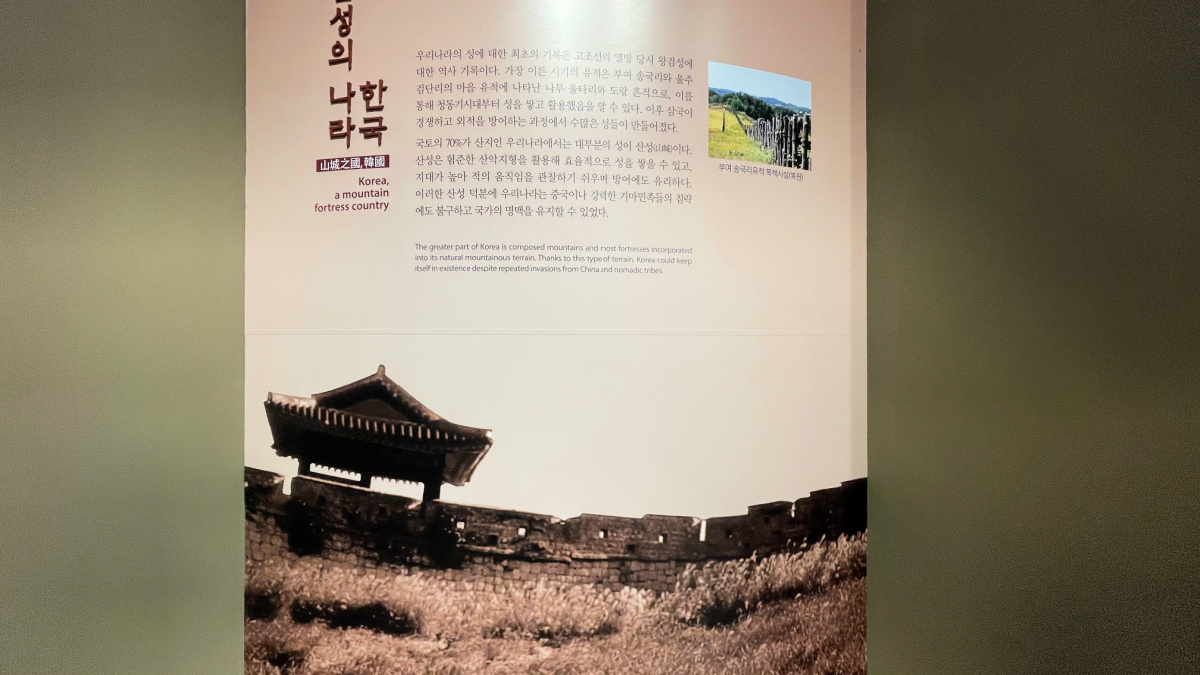 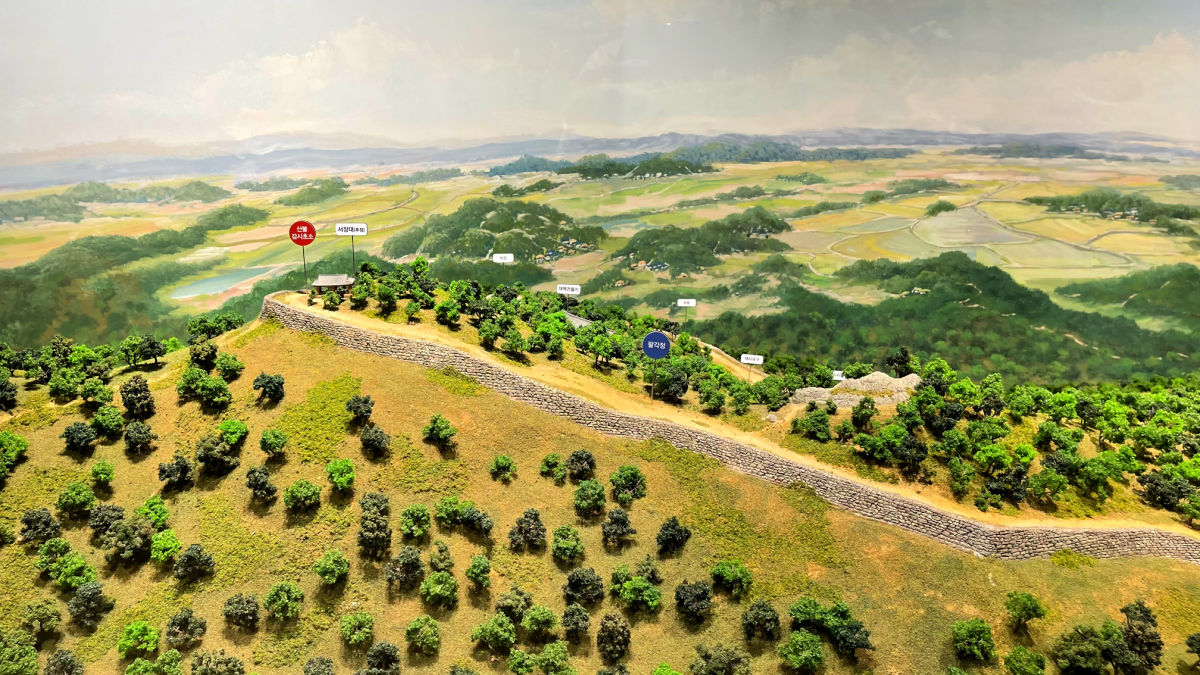 Getting to Gyeyangsanseong Museum is easy and very much accessible to private and public vehicles. Local buses drop by right in front of the museum, while the Incheon Subway Station is about 5 minutes away from the museum. 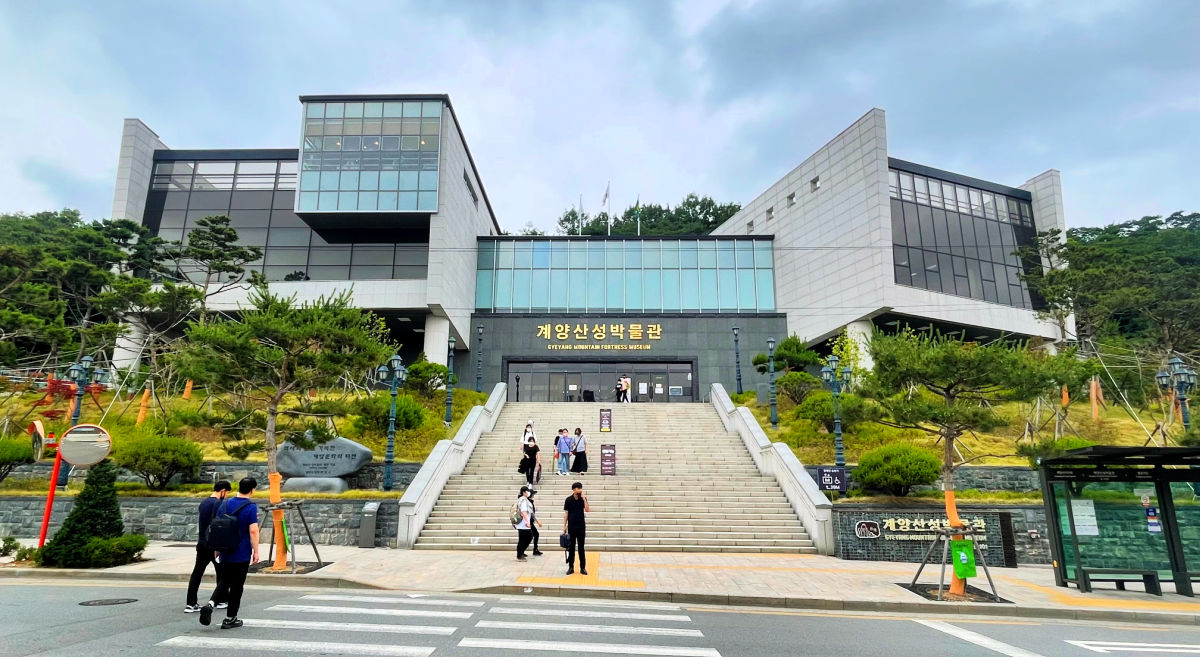 A front view of Gyeyangsanseong Museum across the road 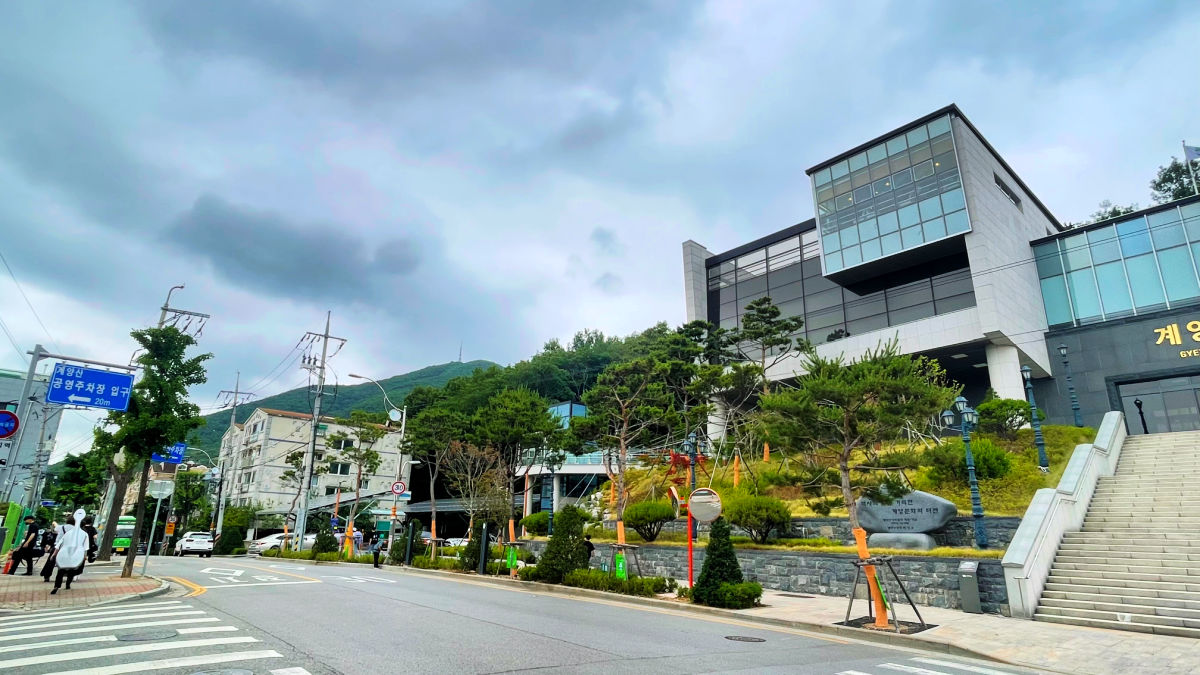 A sight of Gyeyangsanseong Museum and the main road in front of it.